Yesterday was a day filled with family.  Nick’s parents were in town for a conference and his Grandparents had driven up from the interior to be there for the cousins’ baptisms.  We arrived at the lake around 3pm, just in time to listen to 14 young people (between the ages of 13 and 22) give their testimonies.  Our cousin Sasha, who does a lot of public speaking, had us all in stitches and Nick’s dad (immediately to the right of Sasha in the white shirt) and Nick’s grandpa (immediately to the left of Sasha in plaid) prayed for him: 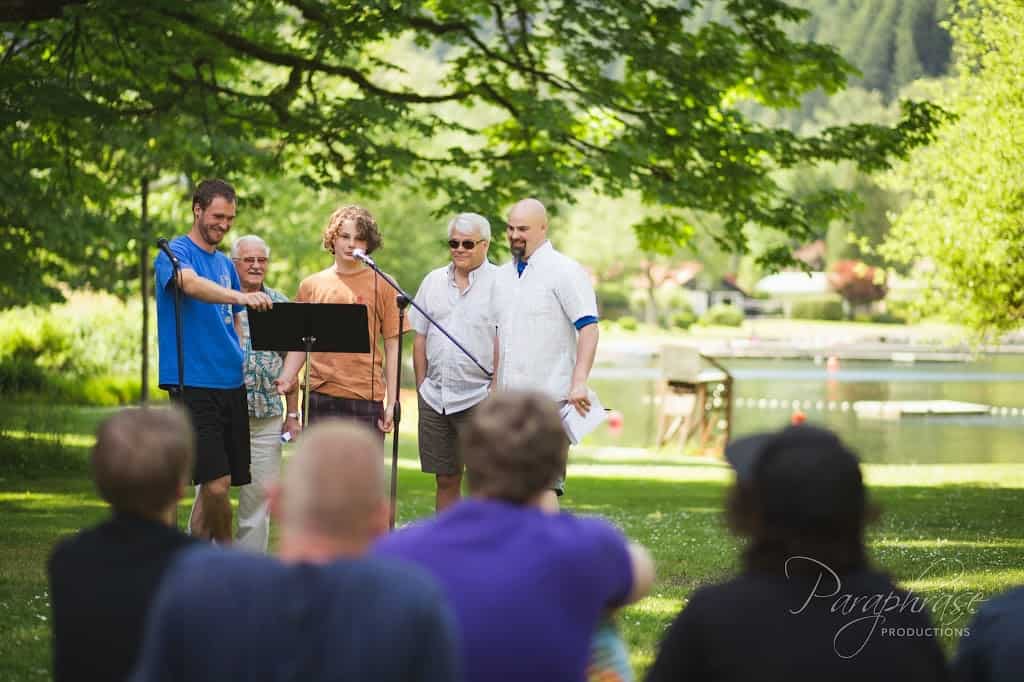 Next up was his older brother, Eli, whose mom (tucked in the back) and Grandma prayed for him: 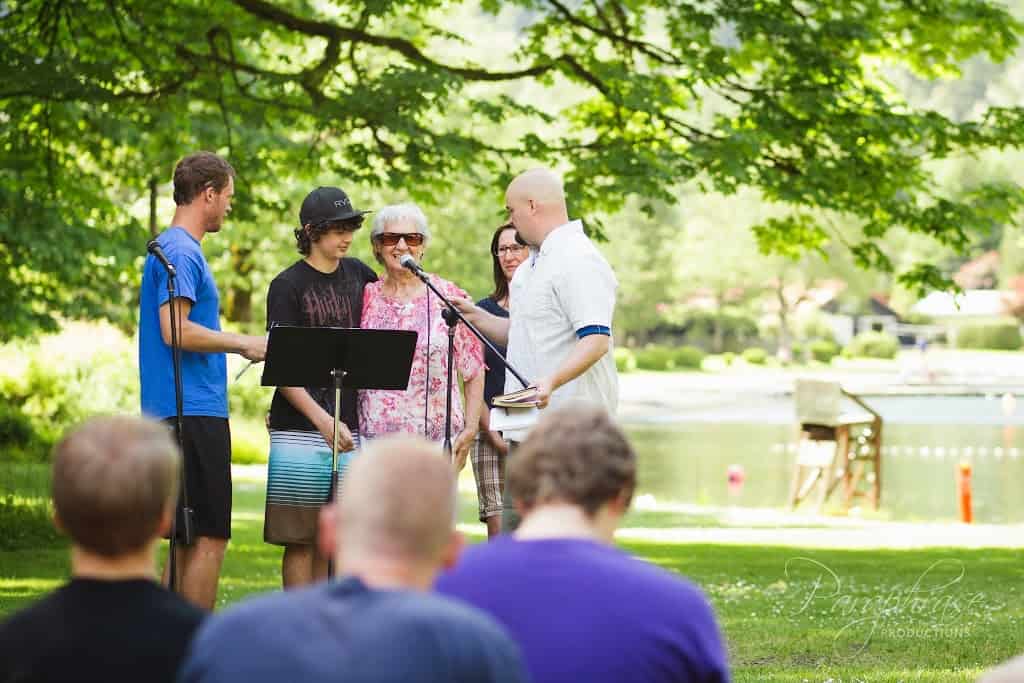 After a couple hours of listening to all the young people’s stories (and getting a little choked up on more than one occasion), we headed back to the icy cold water where the boys’ dad baptized them: 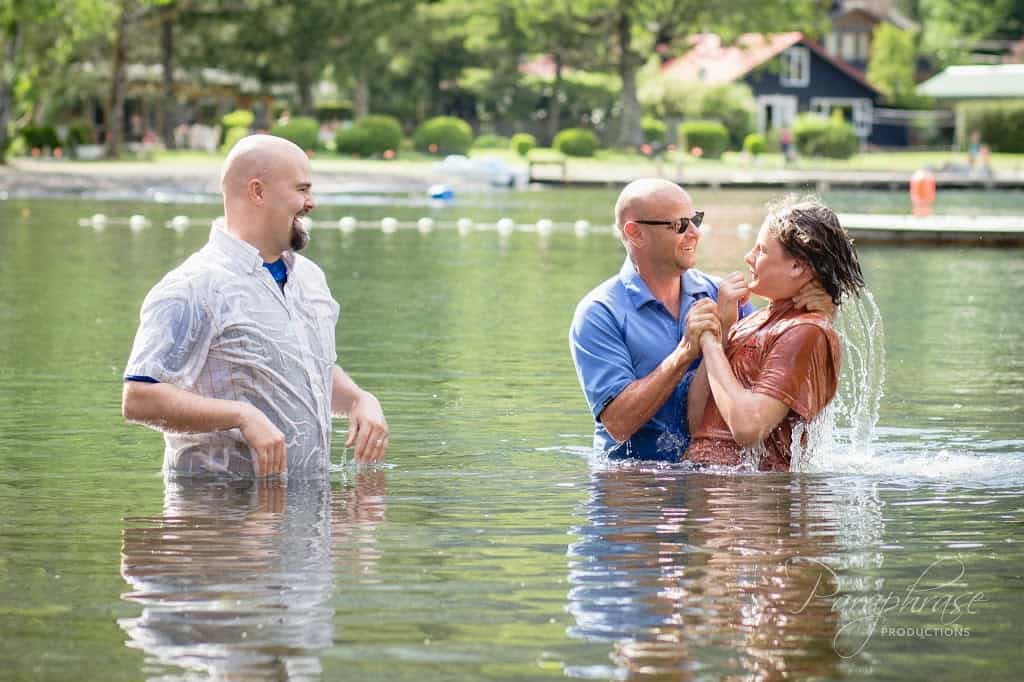 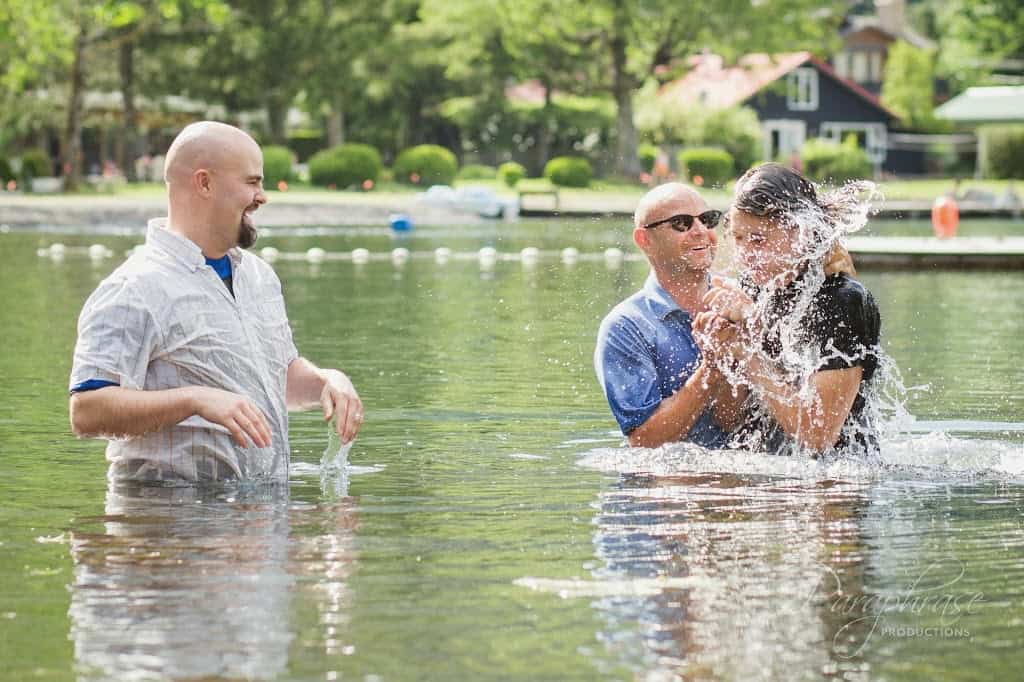 Afterwards, we stole the boys away for a couple hours for a family BBQ dinner and birthday celebration for Sasha. 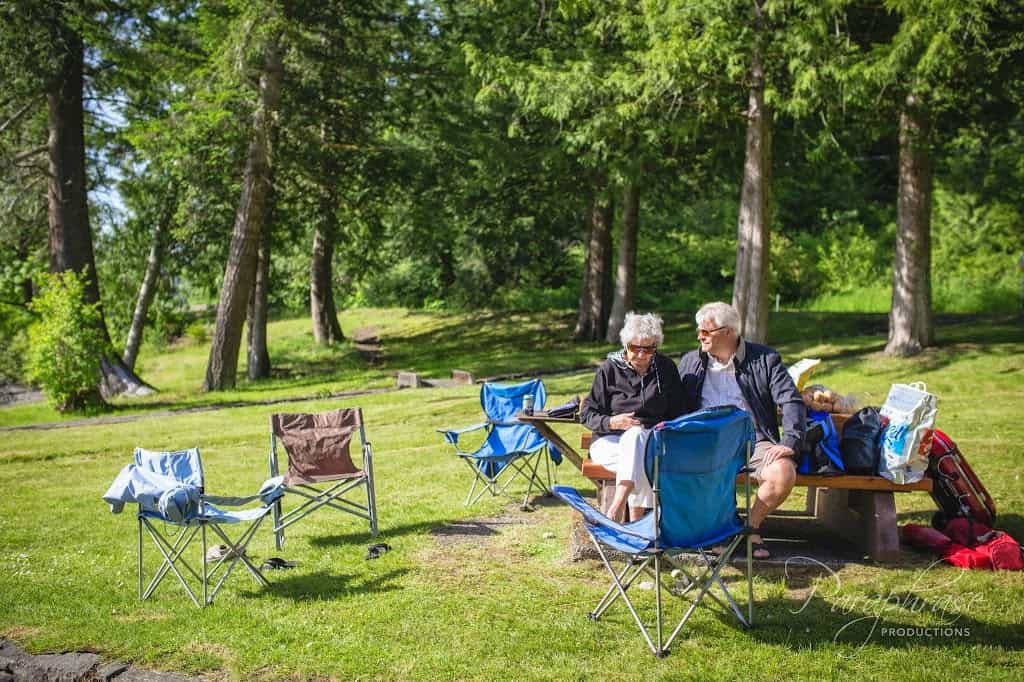 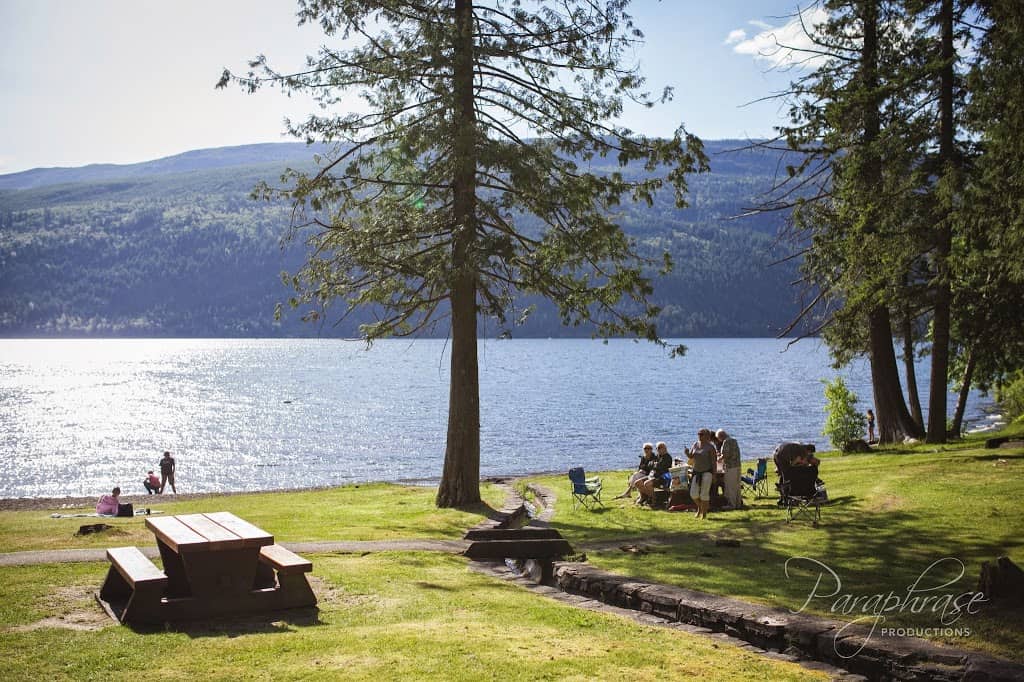 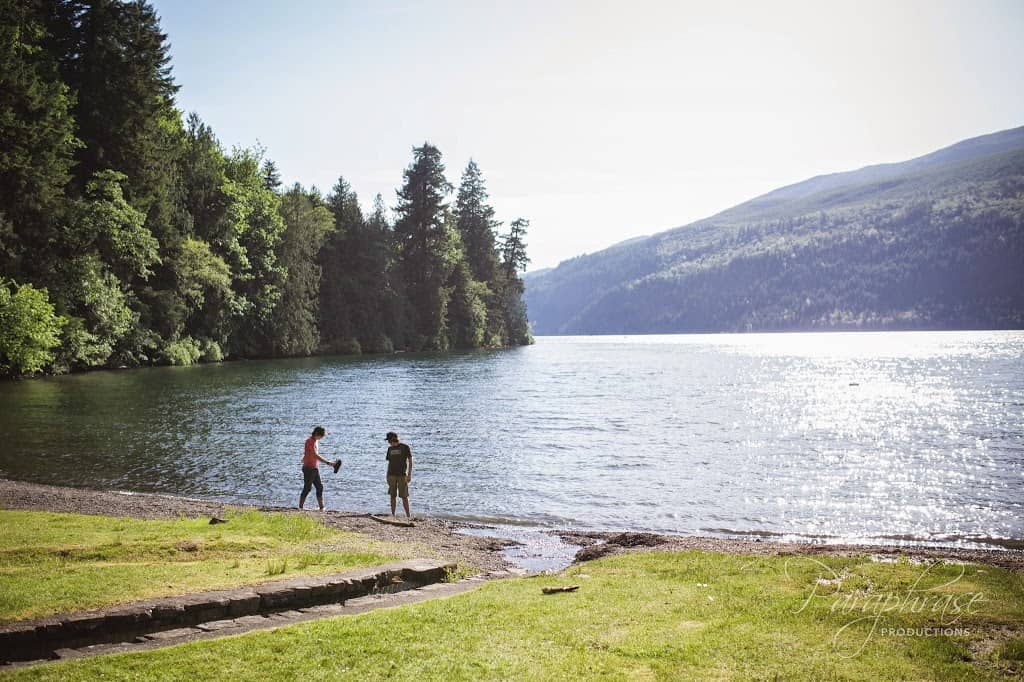 Pretty soon, they’ll be too big for you, Nick…. 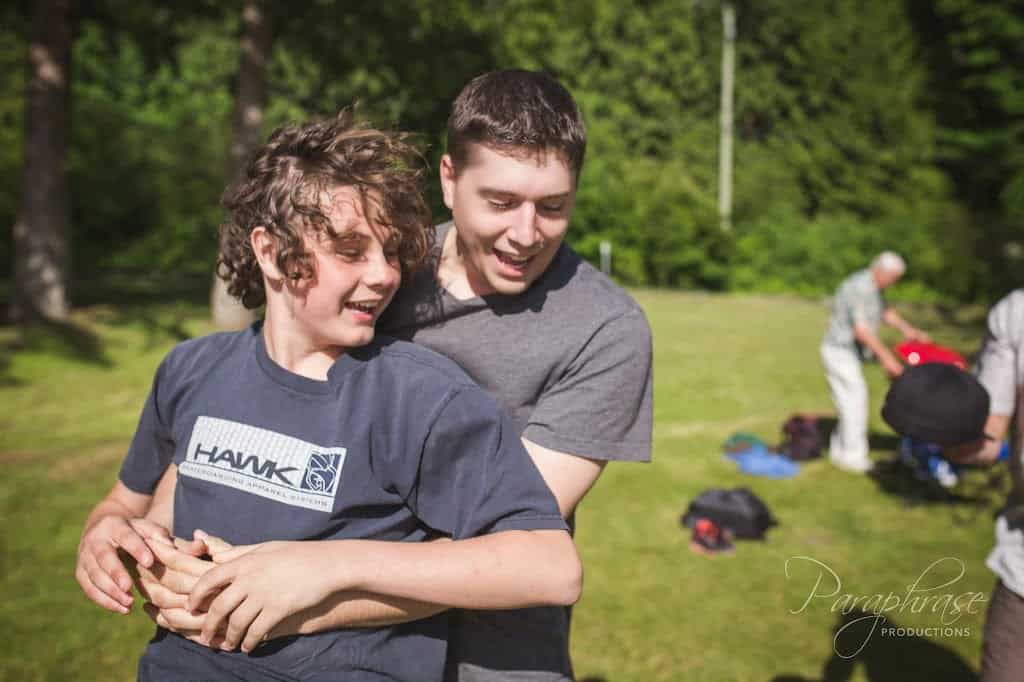 No, Grandma, you’re not in my way.  You’re exactly where I want you to be 🙂 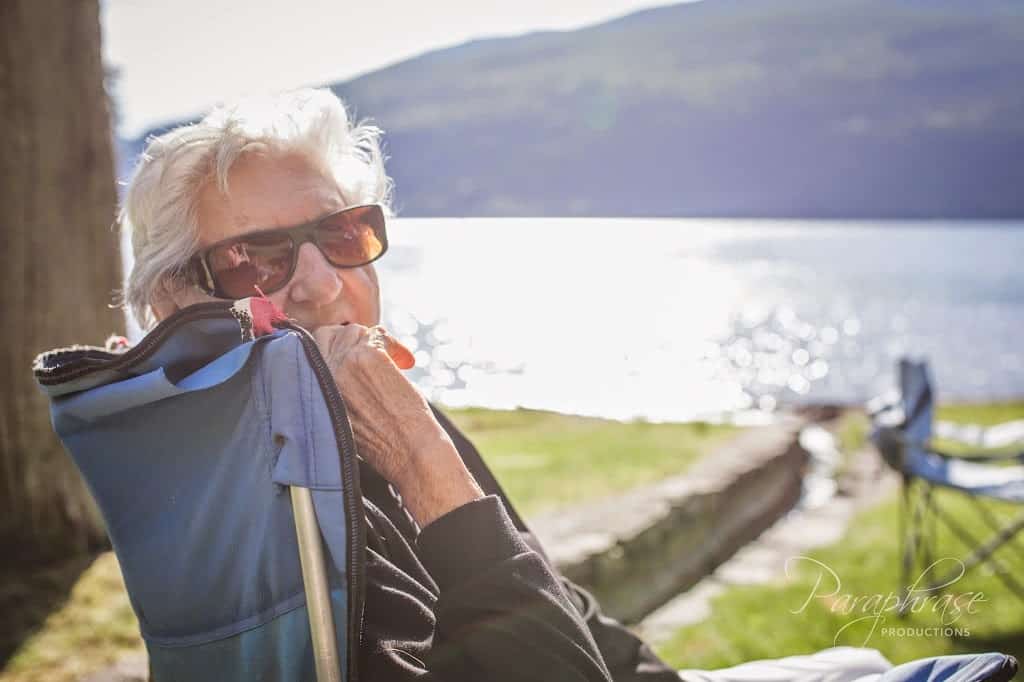 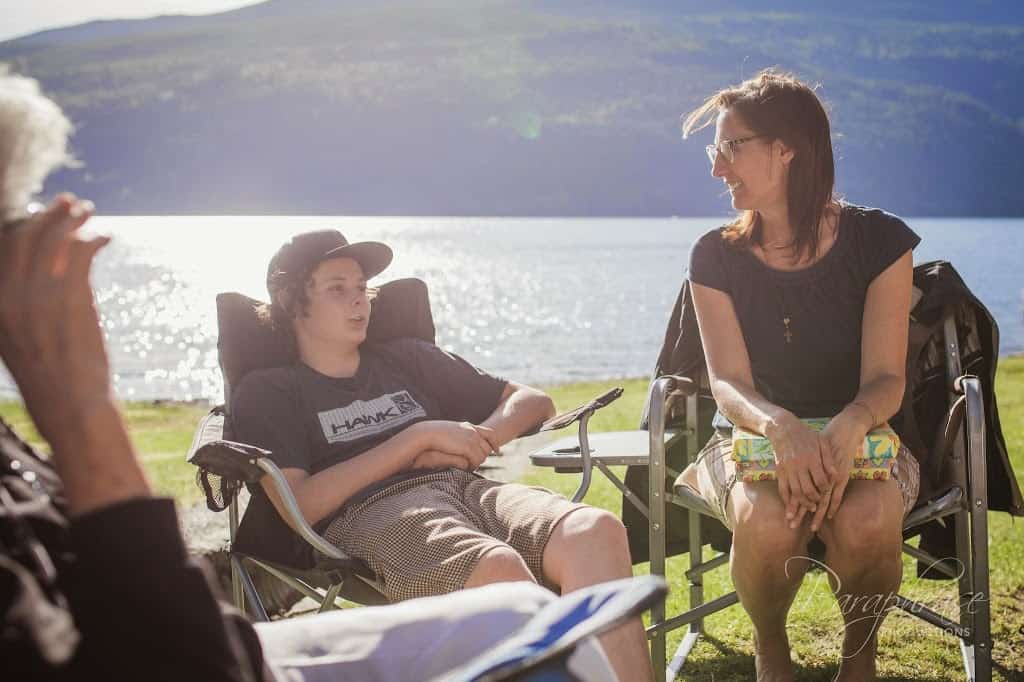 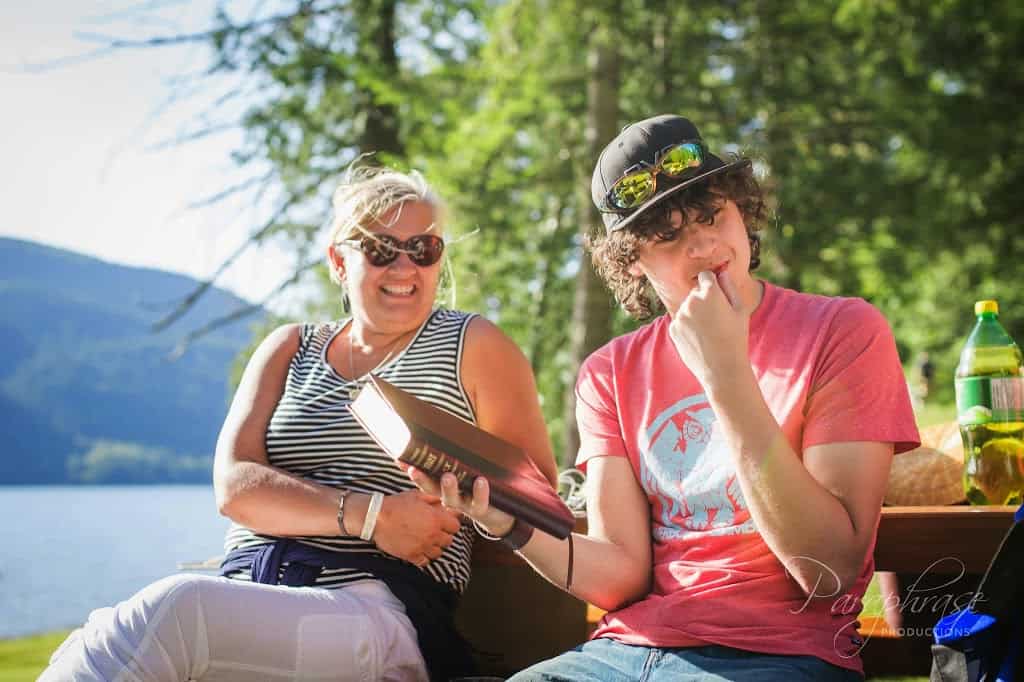 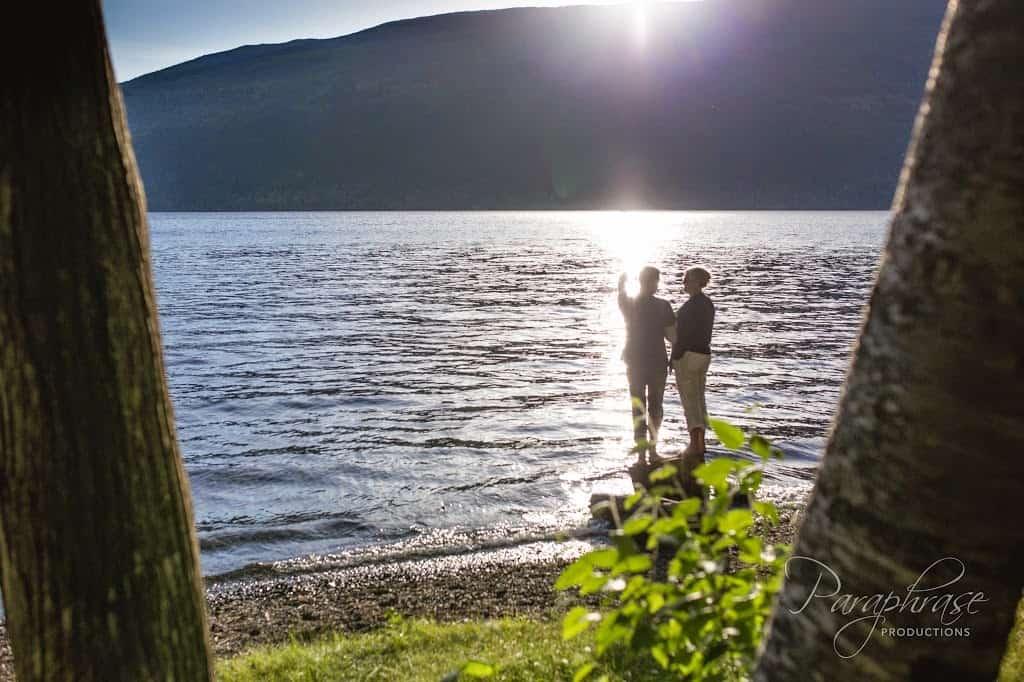 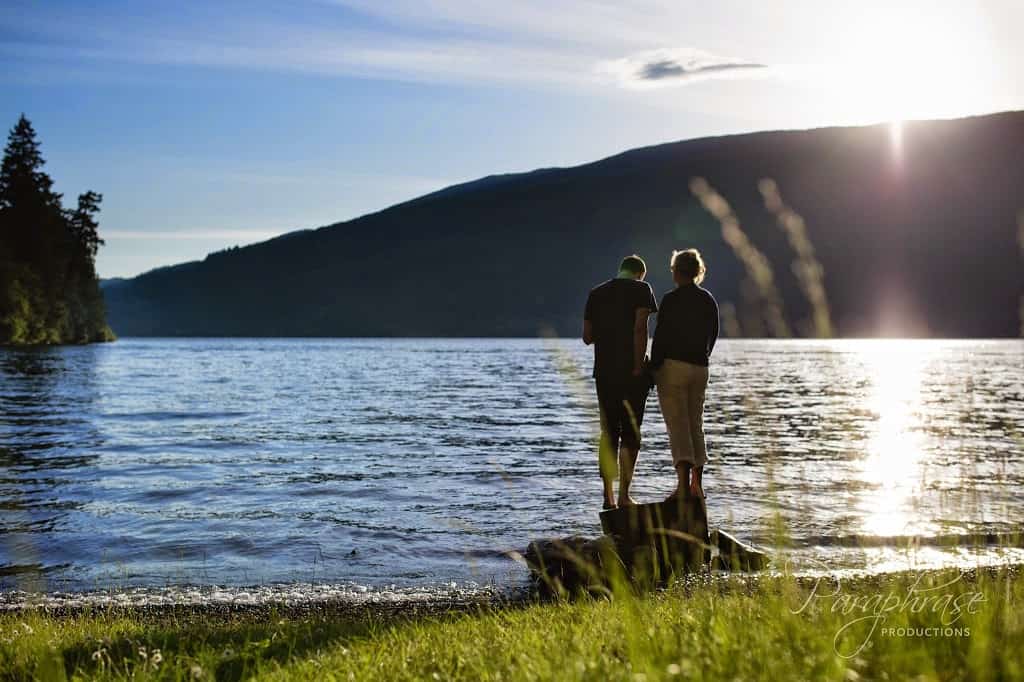 Right before we left, Nick pointed up into the tree behind me where this massive bird was perched.  I complained a LOT about only having an 85mm.  I even got Nick to come over so I could climb up on his shoulders to try and get a few feet closer.  This shows how far I will go for a shot.  I am TERRIFIED of sitting on someone’s shoulder’s, but I barely gave it a thought with that bird up there.  Needless to say, it didn’t help much. 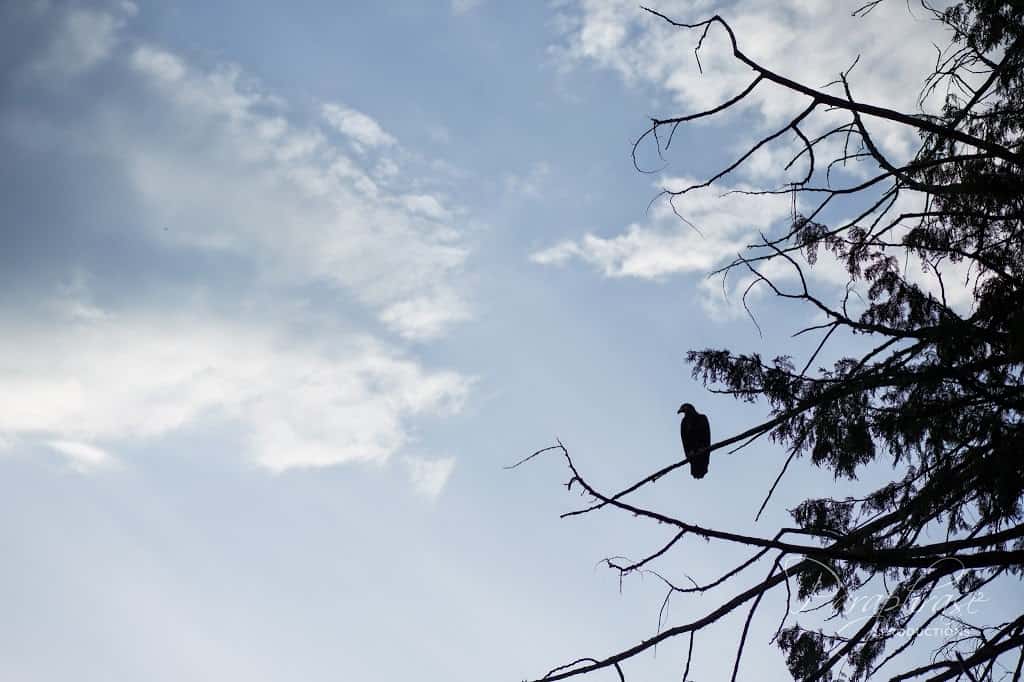 In the end, I just ended up zooming in almost 100% when editing and it worked alright for this shot since my settings were decent enough to keep him from getting too fuzzy or grainy. 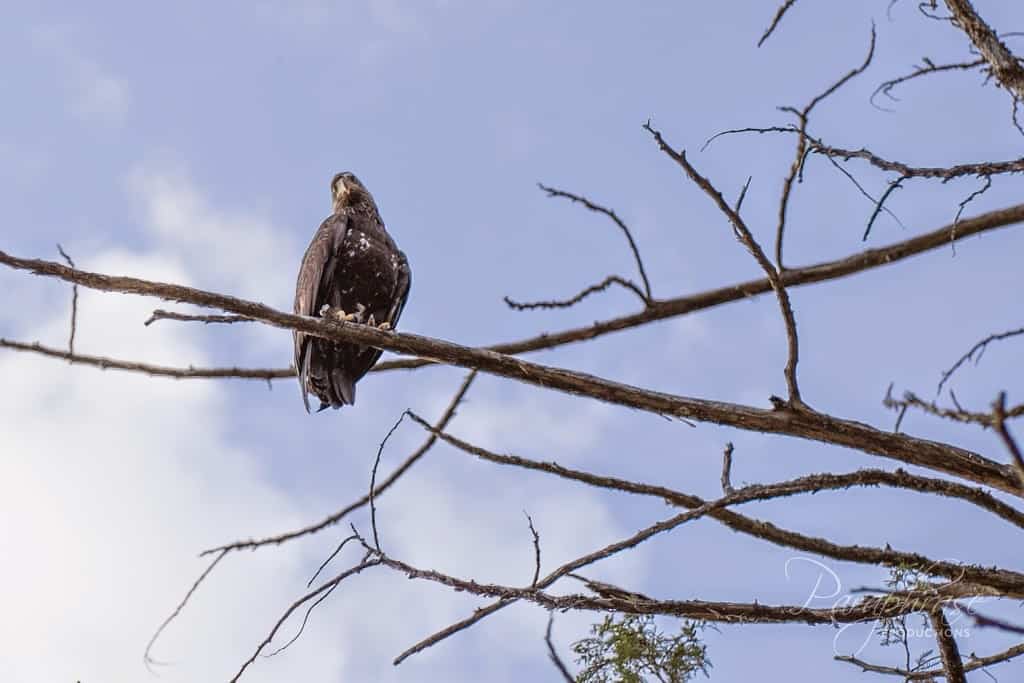 Do you see the attitude that bird is giving us?  We threw all sorts of food at it, trying to get it to budge.  When no one was looking, Grandpa pulled out a sling shot and fired at the branch to try and jiggle it loose.  (He’s a shockingly good shot, and no we didn’t hit the bird).  Finally he hit the branch soundly enough to get the bird’s attention, but then it just flew away 🙁 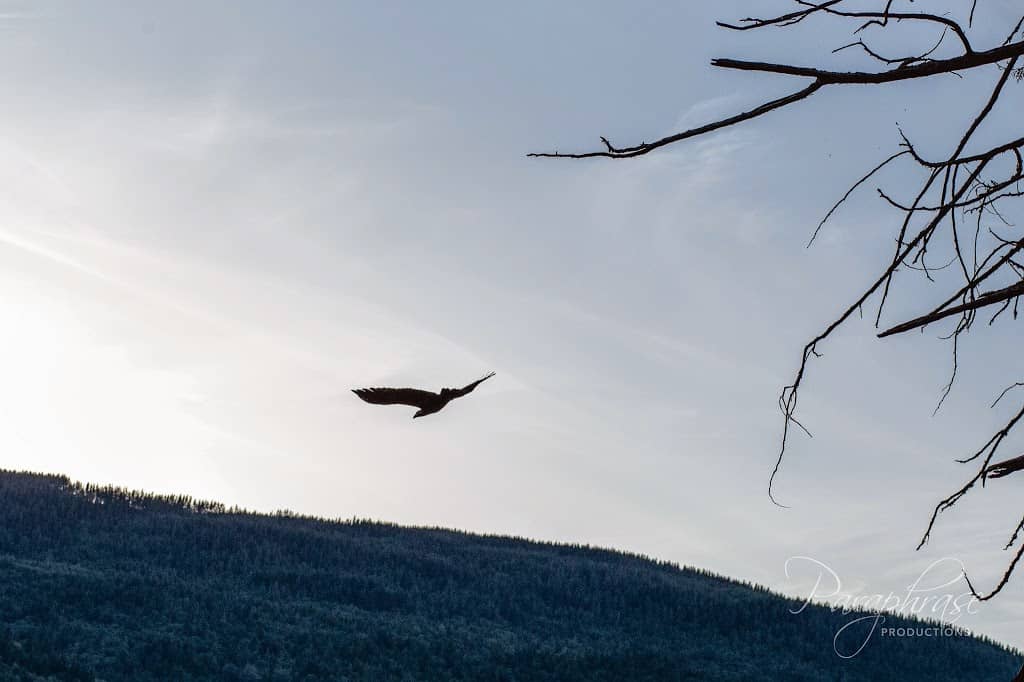 As the sun disappeared, we headed back to Nick’s Aunt and Uncle’s place for chai teas and board games.  Well, some played, some napped, and some edited photos 😉

Be the first to comment “Baptisms, Beaches, and BBQs” Cancel reply