I think I post about “adventures” a lot.  I call them adventures because I’m pretty easily amused and even going to the grocery store counts as an adventure to me.  An adventure, in my mind, is anything that is different or out of the ordinary.  Anything that isn’t working or sleeping.  But in my eagerness to glaze over the “every day” because it seems boring to me, my life may seem more exciting than it actually is.  Or maybe not.  Maybe you are all just thinking, “Geeze, Laura, it’s a trip to the grocery store.  It’s really not as exciting as you think it is!”

Regardless, yesterday was a pretty ordinary day.  I woke up before dawn (silly winter sun schedule), and headed off to the office.  It was my colleague’s turn to teach the class that day, so I settled in at my desk to provide user support.  I answered the phone as it rang, and I stayed on top of our inbox.  It was a fairly slow day, so I even had time to catch up on some personal stuff – like trying to see if my credit card, employee ID, and bus pass made their way to transit’s lost-and-found from last week or if they really were stolen.

After work, I headed home to one of my light teaching days.  My heaviest loads are mid-week, so Monday and Friday are a little less packed.  I had 45 minutes before I needed to leave to teach my first student, so I tackled the things I have been avoiding the most on my to-do list.  I grabbed the pile of dirty clothes that needed some stain removing attention before they went in the laundry and pulled up a stool to the sink.  45 minutes later, I had gotten a little carried away and had four loads piled three feet high in baskets for Nick to help me take down to the laundry room on the first floor of our apartment complex.  Somehow it ended up being a strip-the-entire-bedroom-and-washroom-of-all-linens day.

While Nick took care of starting that, I ran out the door and drove up the hill to teach a couple little girls piano.  I was back home again shortly after 7:10pm, and transferred the laundry over to the dryers before heading upstairs to spend the next hour sweeping, washing the floors, dusting, rotating the dishwasher, and cleaning the washroom.  At this point it was after 8pm, but that still seemed super early to me because normally I would just be finishing teaching, so I felt miles ahead of the game!

I briefly considered making something for dinner, but decided against it.  I grabbed up my boots and hoodie and announced I was “going on a food finding adventure!” to Nick who was editing away like a mad man in the office.  See, the other benefit of making everything sound fun is that people want to do it with you.  Next thing I knew, we were both heading out the door to pick up some sushi and drinks for the evening.  When we returned home, we grabbed the last of the laundry and had it put away in record time.  By shortly before 9:30pm we managed to be all settled down in our freshly washed bedding and clean house with sushi in hand and enjoyed an episode of House.  By then it was approaching 10:30 and Nick still had almost 4 hours of editing to do, so he headed back to the spare room/office until the wee hours of the morning whereas I got almost a “normal person” amount of sleep that night!

Okay, well… maybe it wasn’t a completely ordinary day in that I didn’t stay up too late, work too long, and consume take-out burgers.  However, it was a day full of ordinary things.  Ordinary things that I don’t normally easily have time for.  And thus, I loved it.  So I guess by my definition of adventure – Monday was a pretty decent one ;).  Yes, I just called cleaning my house an adventure.  I told you I was easily amused! 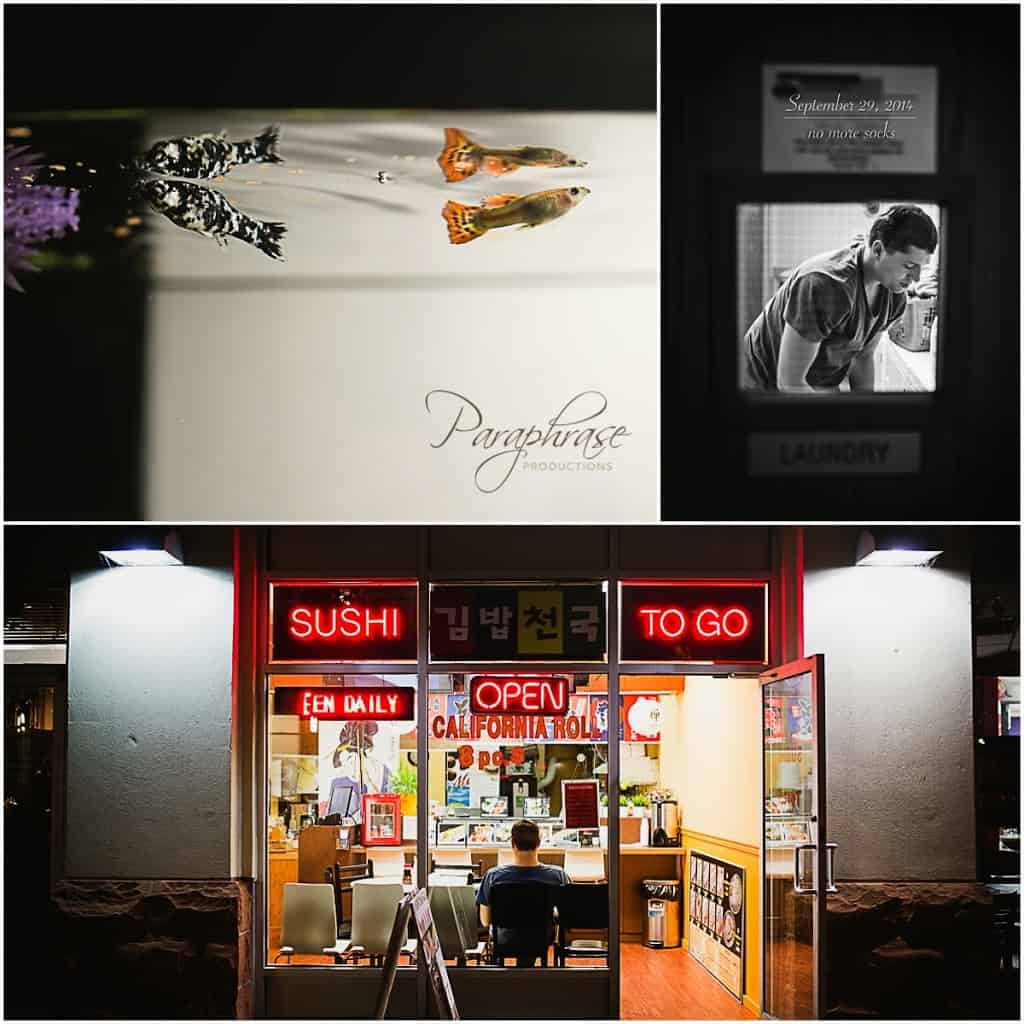 One thought on “Ordinary Days and Adventures”