Thursday, around 8pm, we packed up the car with some snacks, an air mattress, camera gear, and a computer pre-loaded with a movie to watch.  I took Friday off work, so I knew we could stay out late.  We headed West to drive along the ocean to find a good location to see the stars.  We had a general idea from looking online where we needed to be in order to escape most of the light pollution from the city, but had no specific spot in mind.  We had about an hour of daylight after hitting the coast to explore various private roads, turn-offs, and look-out points.  We found one we were going to settle for, but suddenly saw a dirt road leading off the highway and tried it out as a last-ditch attempt to find something better.  Let me tell you, we scored the best location I have ever seen!
It lead behind a huge boulder/hillside that blocked all the highway traffic and was remote and bumpy enough that no one came down it at all the entire evening, save one car that immediately turned around when they saw us parked there.  It was a memorial site for a teen that had died in an accident 10 years earlier, and there were solar lanterns and steps carved into a hillside.  We hiked up the steps to find a memorial bench about three feet from a huge drop-off to the ocean.  Nick was fine, but my stomach lurched every time he shifted his weight on the bench as the tripod was just sitting in front of me and was one good knock away from toast – along with over $3,000 in gear attached to it. 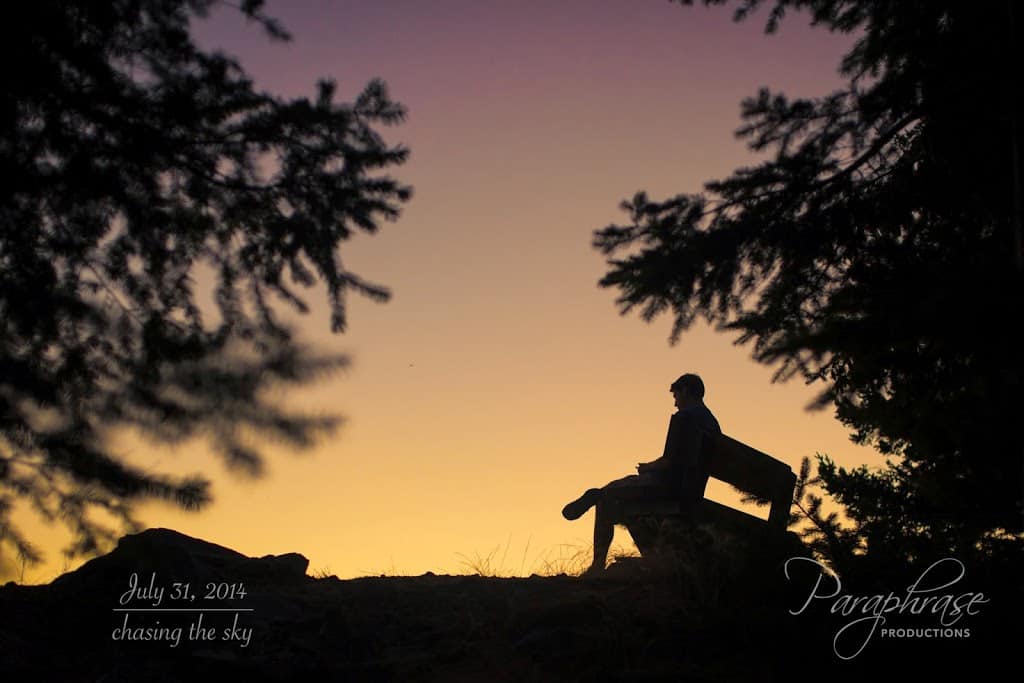 The view from sitting on the bench: 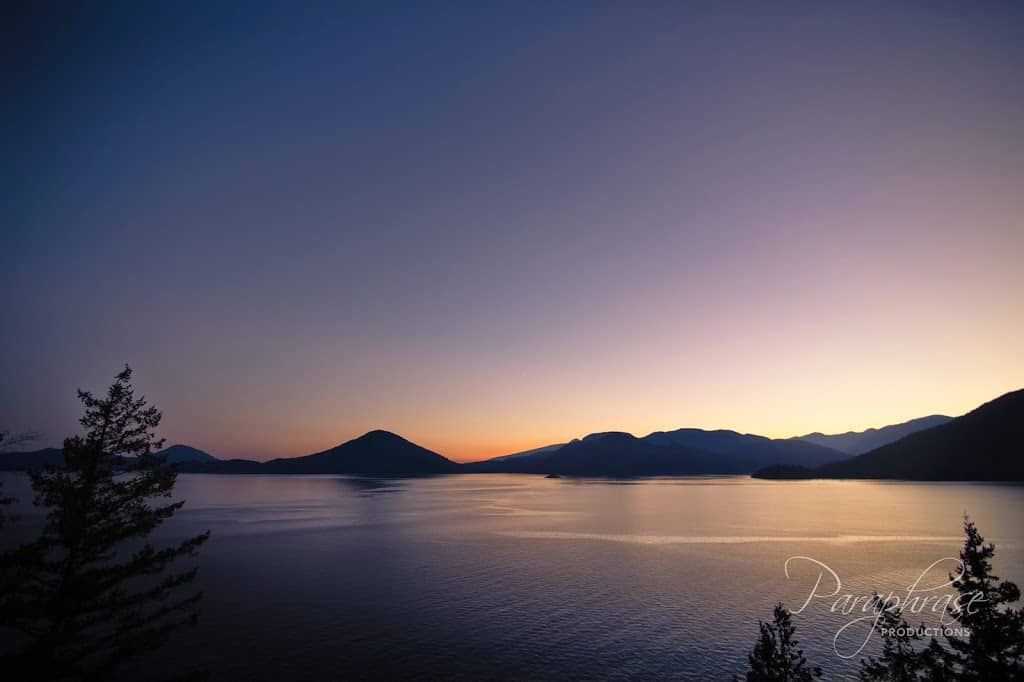 After getting VERY frustrated with my camera settings (and myself for not remembering how to do this), I finally got it all hooked up to take a time-lapse.  I waited for the moon to set, turned it on, and was very thankful for the flashlight I brought as I navigated back down the hillside steps to the car.  There was only one way up to the bench, so I knew I could leave my gear there and not worry about it as we were parked at the entrance.  Meanwhile, Nick had flattened the backseats and blown up the air mattress for us.  We climbed in the hatchback and watched a movie for a couple hours.  After the movie was over, I ran back up the hill to retrieve the gear in order to leave.  This is what my camera did in the span of one movie 🙂 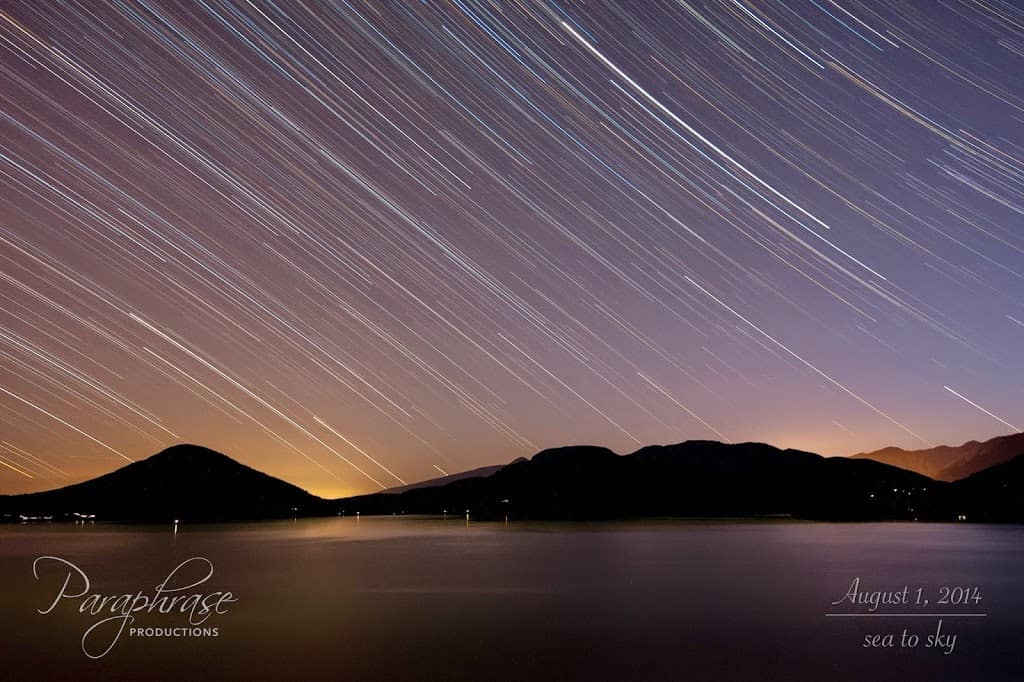 Right as I was packing the last of the stuff into the car, I looked up and saw the Milky Way.  I didn’t have much time to play with this as Nick was super tired, but I grabbed a quick shot overhead before jumping in the front seat.  That is the top of the hillside that separated us from the highway.  Our car was parked in almost a little valley of sorts between this hill and the one opposite it with the bench on top overlooking the ocean. 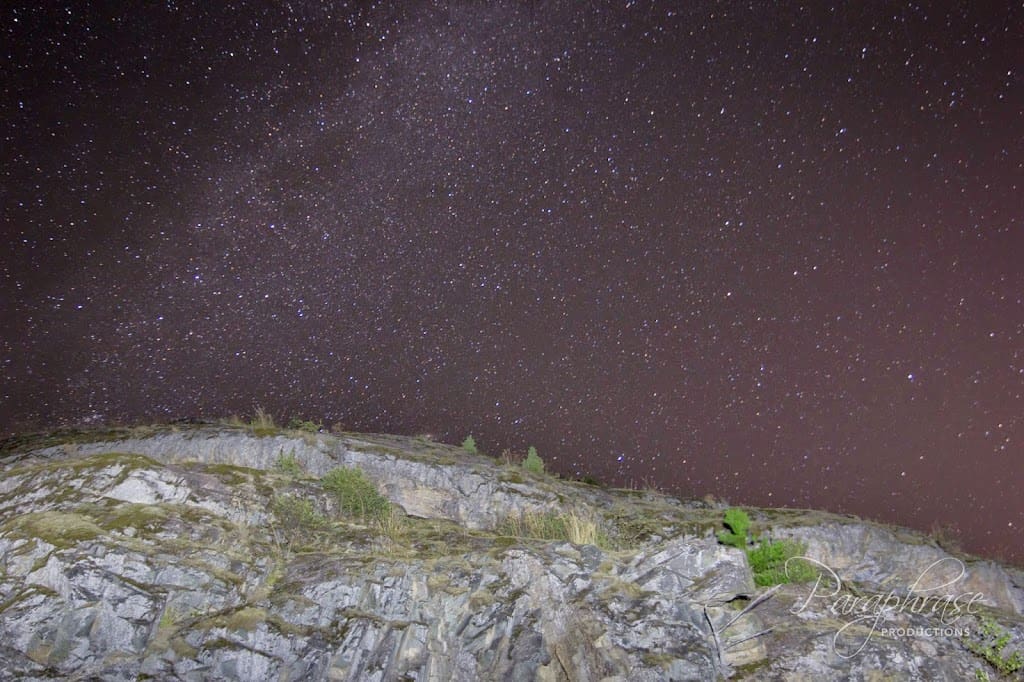 Friday, I had the day off shooting dailies as my star time lapse technically finished at 12:22am of August 1st ;).  But I couldn’t resist a quick shot of my man making us breakfast (yes, I know the clock reveals it’s actually past noon, but we were out all night!): 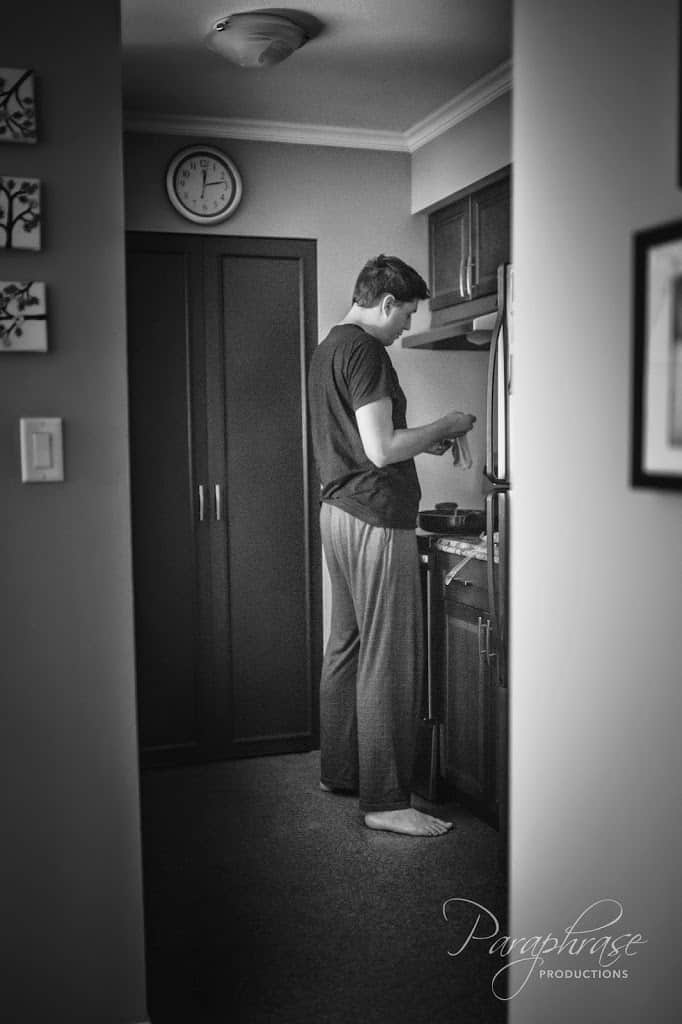 Lastly, to bring me FULLY up to date!  Saturday, (aka, today) Nick went off to do a wedding and I have spent the entire glorious day at home working on catching up on editing my personal stuff, blogging, etc.  I can’t believe I’ve been doing this for over 6 hours already.  I’m never falling this behind again!  Here’s to lounging around on my bed with the fan blowing in this summer heat, listening to Netflix, and eating whatever I find in the fridge while I get back to doing what I love because I love it and not because it’s my job 🙂  Cheers! 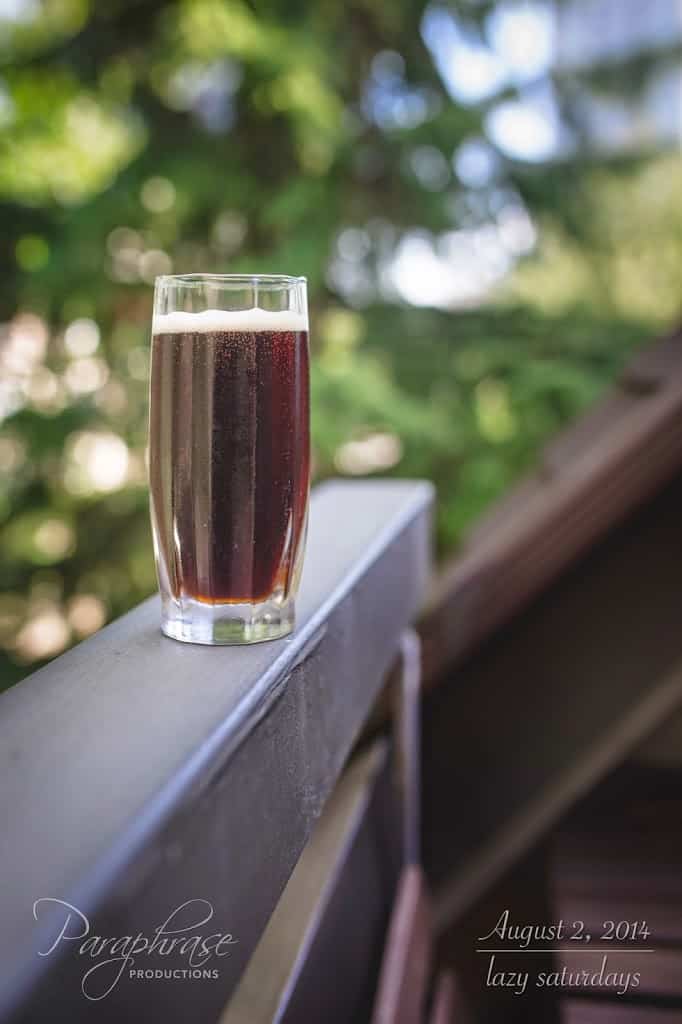