I can’t believe there are only 10 days left before I have completed the entire year!  This really was the perfect year to document with so many exciting adventures and things changing in our lives.  I’m a little sad to lose that as we start 2015, but not sad enough to keep shooting every single day, haha!

Monday, was one of those days where the most interesting thing to take a picture of was my dinner.  Lots of office work, piano teaching, editing, and then crashing 🙂 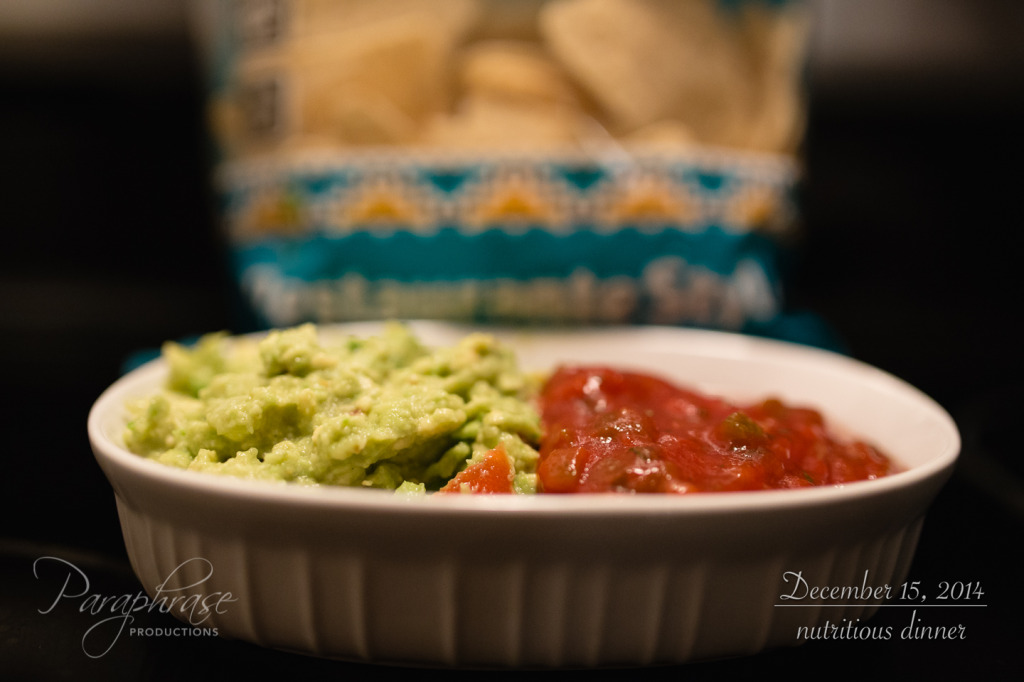 Tuesday, I wrapped my last present.  I thought I was done earlier, but suddenly these gifts for me started to appear under the tree and I realized, “Hey, what do you want for Christmas?  K, go buy it,” wasn’t the end of it with buying gifts for each other this year, lol.  Husband had picked up a couple little things for me to actually get to unwrap, so I picked up a little something for him to do the same. 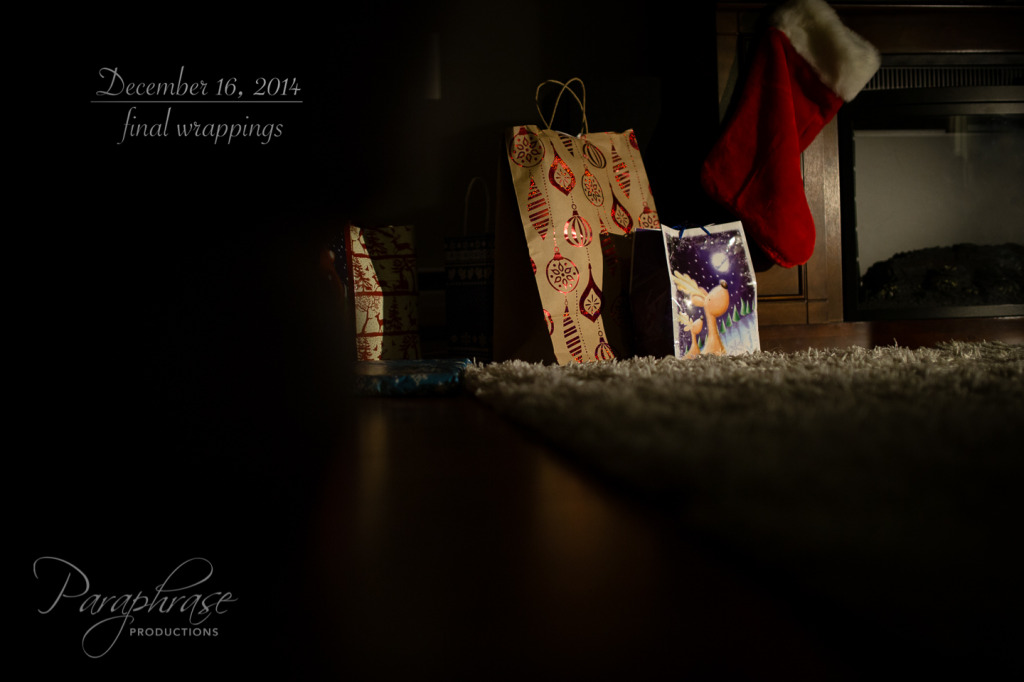 Wednesday, after piano teaching, my mentor picked me up and we went out for dinner together at the Spaghetti factory.  I didn’t know about this awesome restaurant until she introduced me to it earlier this year, and now I love it!  We had a great time chatting and had a small gift exchange with each other.  She picked me up my all-time favourite chocolates! 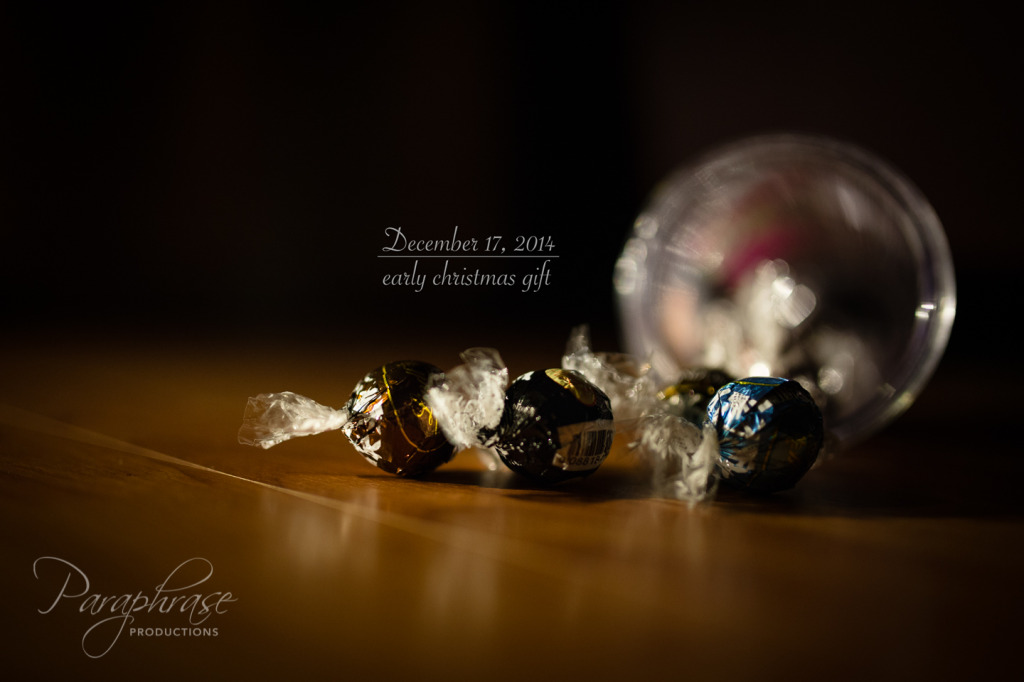 Thursday, I had a student out sick, so I had a much easier teaching night.  Afterwards, Nick and I headed out to pick up some sushi together and watch some television.  Our favourite little sushi place by our house had a fire earlier this year, so we’ve been driving a few blocks away to another little shop in the mall. 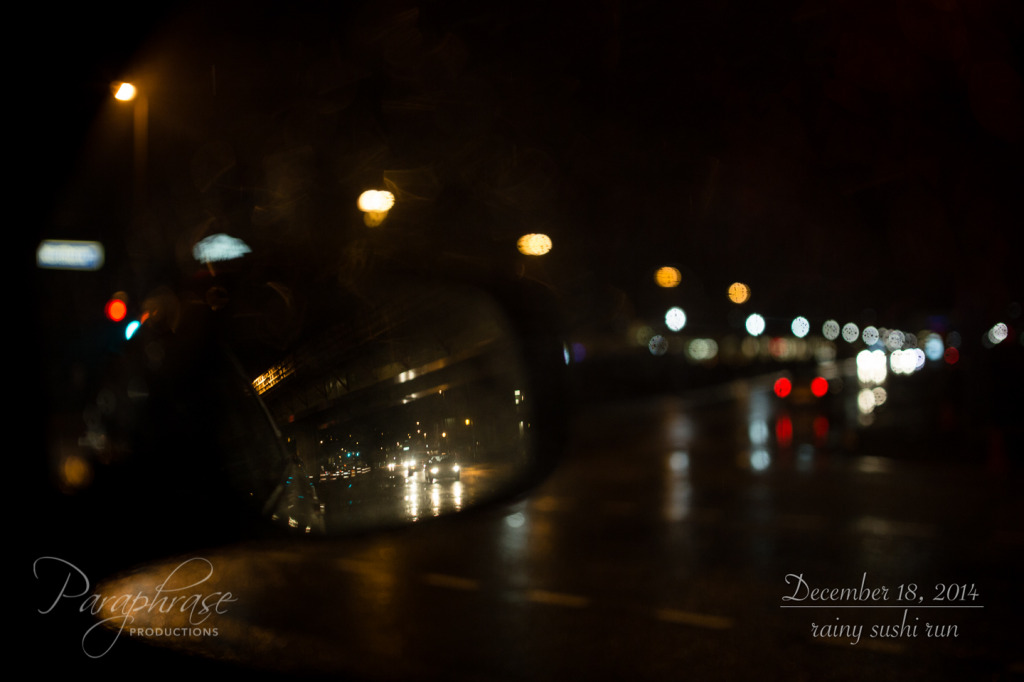 Friday, was our personal “Christmas”.  Nick and I started a tradition, inadvertently, of having our own private Christmas each year.  It began because we often travel to our parents’ for the holidays and didn’t want to pack even MORE stuff into the car.  Thus, we would open our gifts to each other early, and make a nice little dinner while we were at it.  Now it’s just part of our yearly tradition.  I had to teach on Friday, so I used some banked time and left work early to teach early and be done at a decent hour.  Then when Nick came home we made a fondue dinner and found a Netflix movie to enjoy.  Afterwards, he opened the Canadian Olympic scarf I picked up for him that he had his eye on, and he got me a picture frame (to replace the one he broke) and a proper laptop bag! 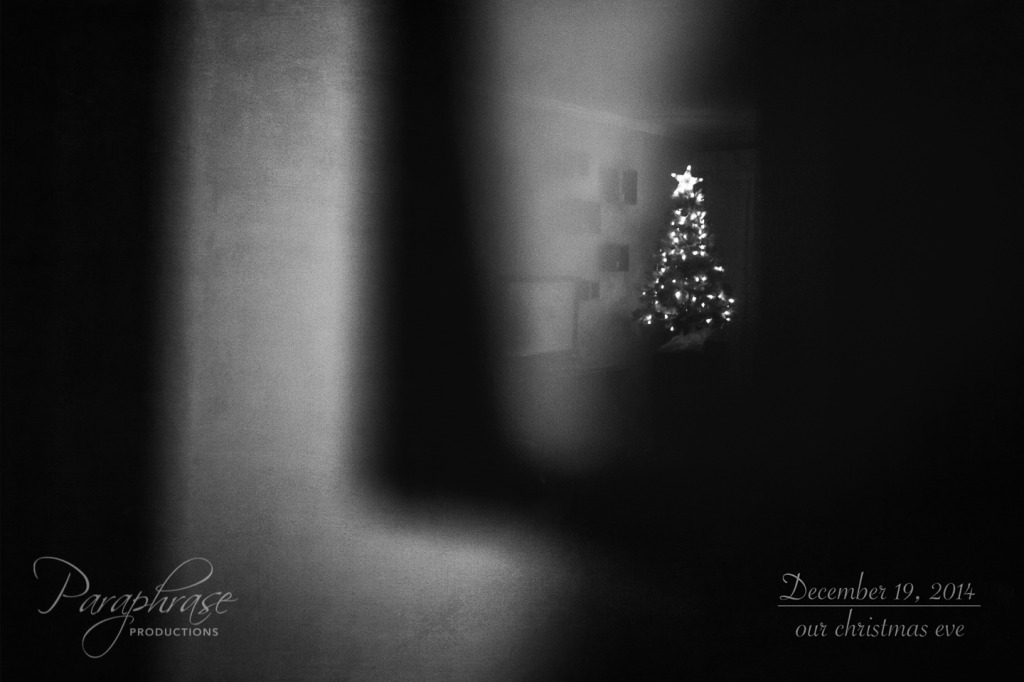 Saturday, was my LONG AWAITED day off.  Seriously, it’s been 6 weeks since I’ve had a day off.  I told everyone I was unavailable, turned the ringer off my phone, and got all ready to relax.  Apparently, my body had other plans, and in a 34-hour period I slept for 30 hours.  30 HOURS.  Well, there went that day off!  For my photo that day, during one of my 2-hour periods that I was awake, I went out and snapped a picture of our 2014 tree ornament.  Each year we pick a new one; however, this year a friend made one for us so it’s our 2014 addition. 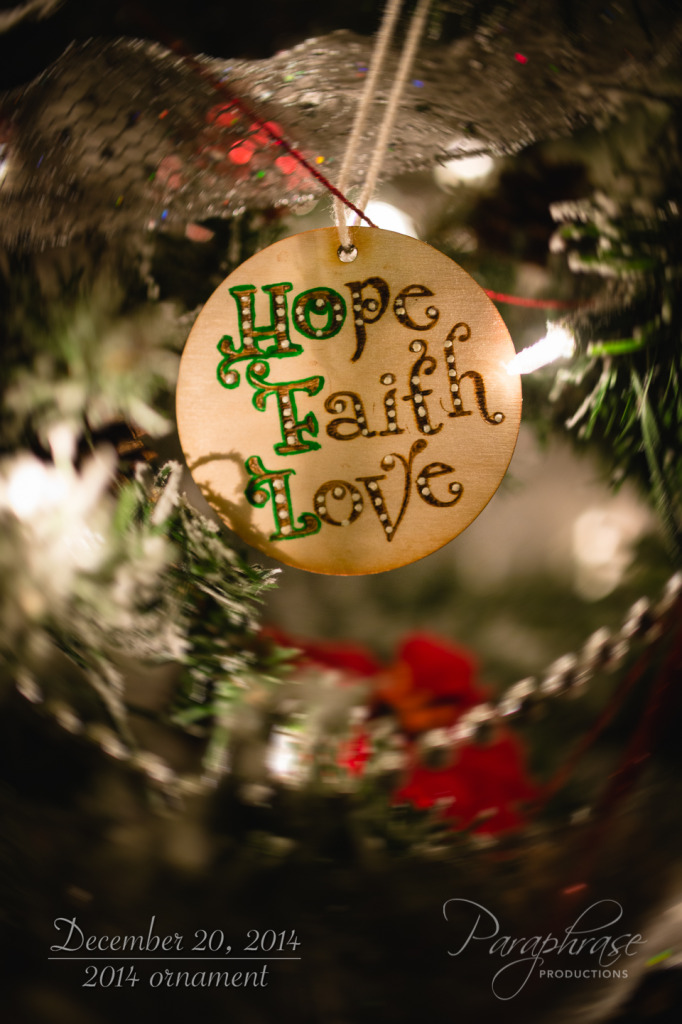 Sunday, I paid the piper for taking the previous day off and have been sitting on my living room floor with my laptop for the past 8 straight hours working.  I had business cards to design, canvasses to order, a wedding album to make, personal projects to catch up on, a blog to write, and invoices to send out.  You wouldn’t think that it would take an entire day, but it really did!  Once I hit post on this blog, I should be fully caught up for about 4 days until I have 3 family shoots on Christmas Day (our family, obviously, or else I wouldn’t be shooting on Christmas), and then the editing backlog will begin once more.  But until then, it should be a little calmer on the home front.  Only two more days of piano teaching before my students are off for a bit as well!  For today’s daily, I’ve been shooting this tree out our window throughout the year to document the changing seasons, and with 10 days left, I realized I hadn’t done “winter” yet.  So here’s one from the foggy morning we had today: 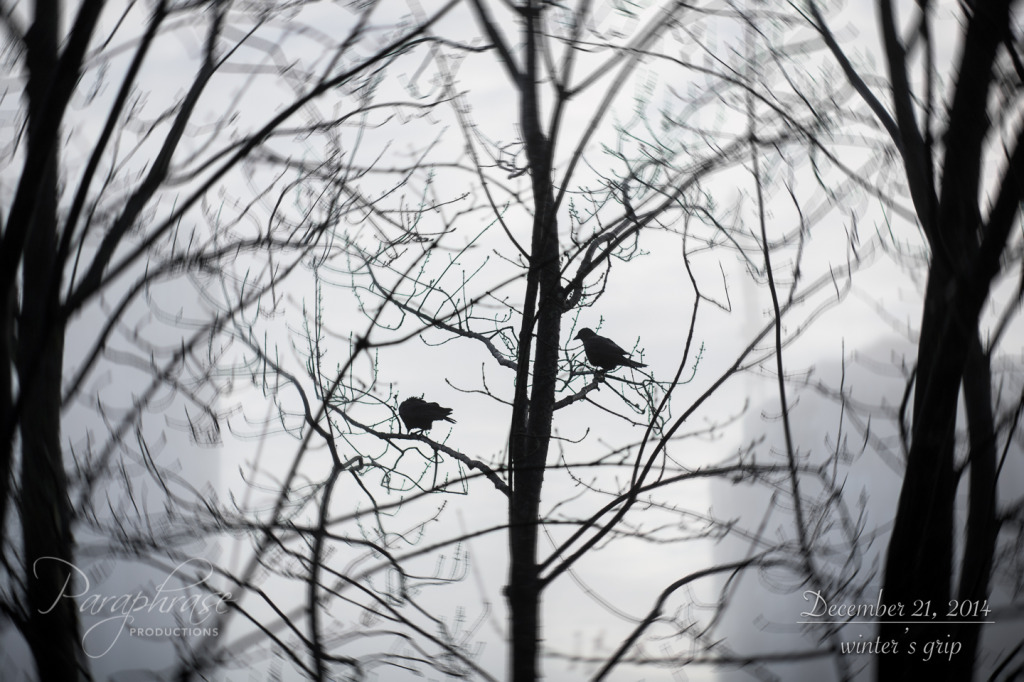