Life is moving a little quicker than normal lately.  I’m having to be smarter with maximizing moments to work on photo projects, and blog, and the like.  Being down to just me at work is doable, but the pace has quickened and thus I’m always having to be “on”.  I don’t get the same emotional/intellectual downtime that having a constant partner to work with gave me.  I’ve also signed up for another photography class that starts later next month, so I’ll deal with juggling that when the time comes.  It’s only offered once a year, thus, I jumped on it when the chance arose.  But enough about the future, here’s a little glimpse into my past/present:
Wednesday there was a treat waiting in the mail for me.  A friend who read a recent blog post I wrote about my relationship with God not only recommended a great book, but also bought it for me off of Amazon, bless her heart <3.  It’s proving to be very worth giving up some of my sleeping time on transit to read: 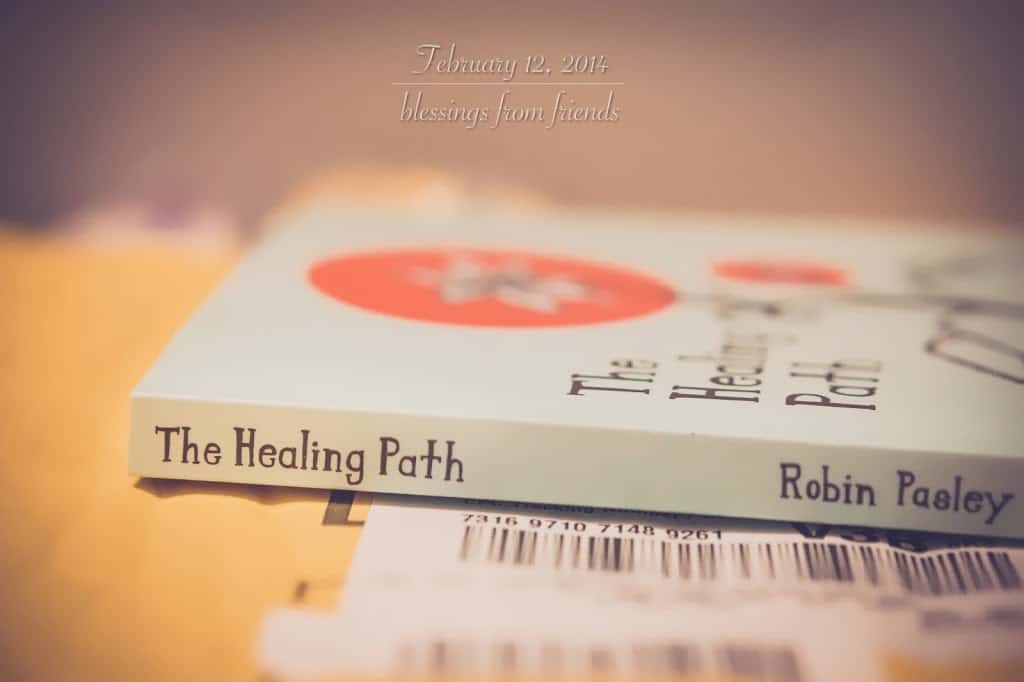 Thursday I was training solo at work for the first time since my coworker left.  When the students dispersed for the morning, I took a moment to grab this shot.  This is the GOOD training room.  We don’t get to use it as often as we would like.  Normally we’re down in the basement of the hospital with no windows and a LOT of mice.  Yes, mice.  I’m so dreading my upcoming classes as the little traps that are set are not winning the battles let alone the war down there… Shudder….  Despite the gloomy title of this picture, I really am glad to be chained to a desk beside such nice windows.  They just tease when it’s nice out: 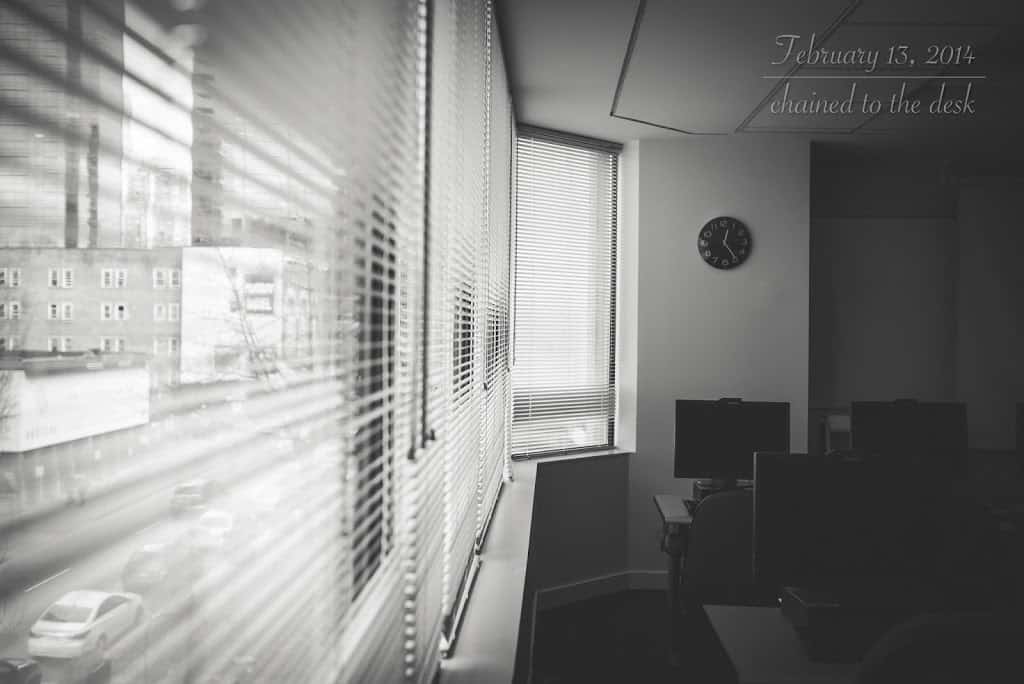 Friday was Singles’ Awareness Day.  Seriously, don’t get me started on how much people complain about Valentine’s Day.  When I was single, I just ignored it!  I don’t get what the big deal is.  Then again, I never really was much of a romantic.  However, my husband is, and he’s slowly winning me over to the sappy side.  He picked me up from the train after work with a bouquet of flowers and made dinner while I worked on getting the shot below (which would have gone so much faster if I had realized I could auto focus through my macro filters…).  We had fondue and watched the last StarWars movie that we didn’t finish on the long weekend.  Then, being the great romantic that I am, I fell asleep during the movie around 6:30pm and didn’t get up for oh…. about 16 hours.  Yeah, I’m awesome like that 😉 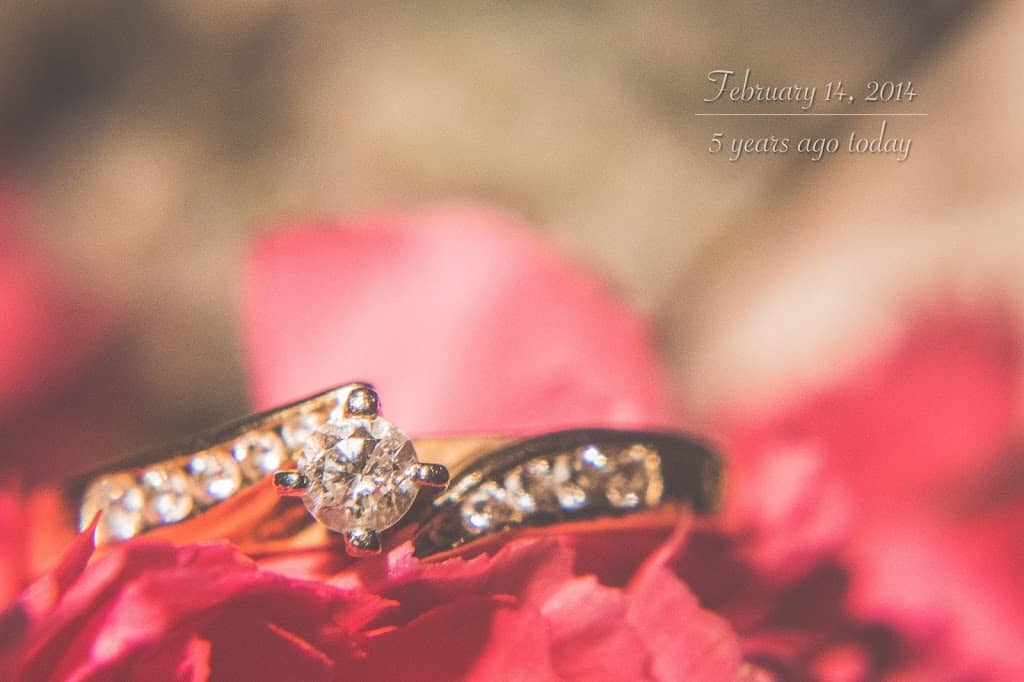 Saturday Nick dropped me off for worship practice which went surprisingly well.  I’m getting more and more used to playing on the grand piano and not freaking out quite as much.  He picked me up again after the evening service and we had the rest of the night together.  We picked up some snacks from the grocery store and settled in for a marathon of watching the newly released season of House of Cards on Netflix. 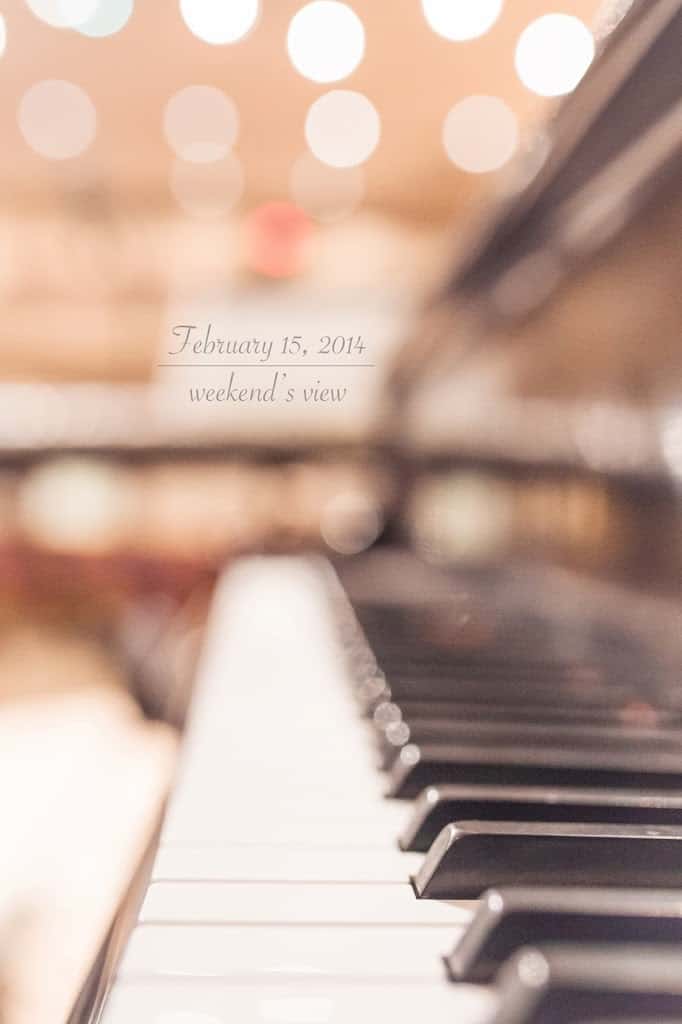 Sunday after playing (me) and filming (Nick) at both services we headed back for a quiet afternoon.  I edited photos (and wrote the majority of this blog post even though I’m not going to post it until Tuesday).  Nick worked on some video sequences he took during the morning and ran to pick up Sushi so we could resume our House of Cards marathon. 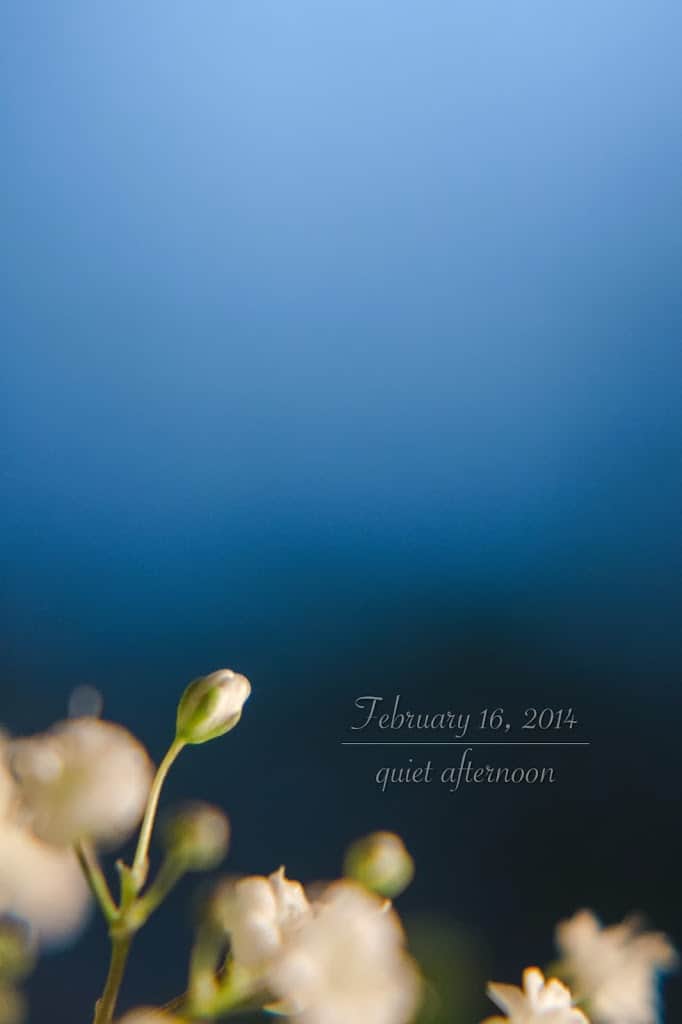 Monday was exhausting.  Between the emails that kept coming in and the vastly different learning speeds in my class room that day, I didn’t even get a chance to stick a bit of breakfast in my mouth until 3:30pm.  I also had one piano student absolutely melt down into hysterics because I didn’t know how to play the game “jinx” and apparently I was NOT supposed to keep talking/teaching her after she called it?  Oh the joys I still have to look forward to in life as a parent one day!
The good parts of the day, however, were 1.  I left work half an hour early to make up for missing lunch and caught the early train home which gave me almost a full hour to relax before my first student.  2.  My first student was new, incredibly friendly and bright, and I’m really going to look forward to working with him.  3.  My regular students actually practised for a change (which is always a nice surprise, haha!).  4.  Nick and I cuddled and watched a movie for the rest of the evening which we still need to finish on Tuesday.  Well, I also edited the below photo for a REALLY LONG TIME while we watched because it’s not easy to remove a bright glowing Mac logo from behind a white sock!  PS and I are getting better acquainted through these long evenings spent experimenting on various ways to get it to cooperate with what I want, ha! 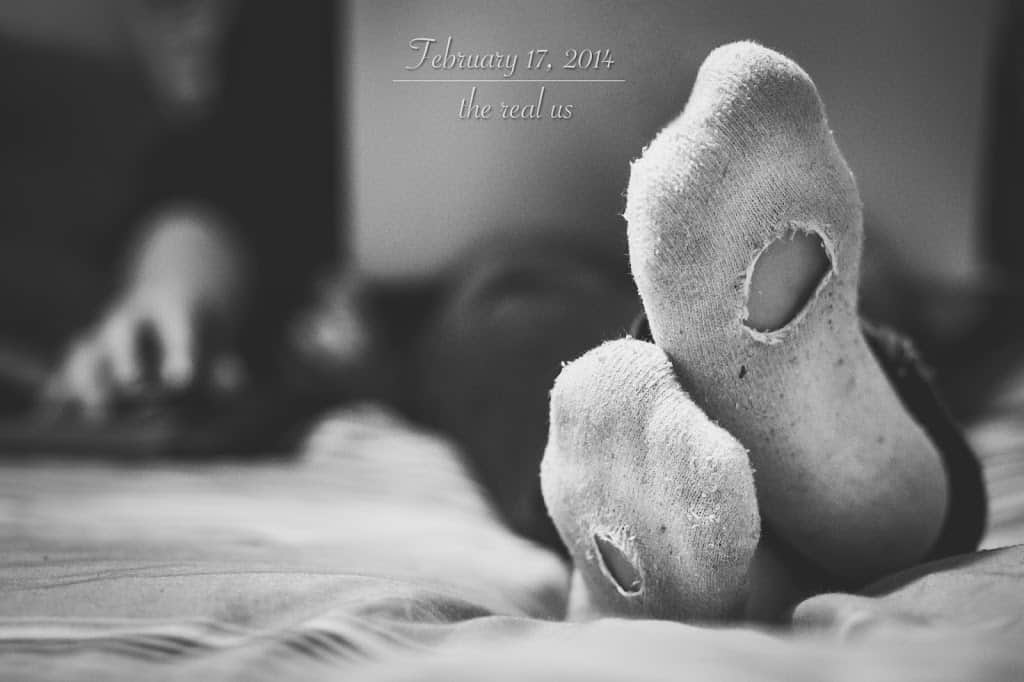 Tuesday thankfully slowed down a bit.  Not a ton workload-wise, but the work was quietly sitting on my desk in piles vs. asking me questions every 20 seconds!  I appreciate work that sits and waits for me to finish my thoughts vs. interrupting me all day long.  But I can’t really complain when students actually WANT to ask questions and engage.  I’m just really thankful for a desk day after Monday since no one signed up for Tuesday afternoon classes.  I’m also really thankful for a desk day in this weather! 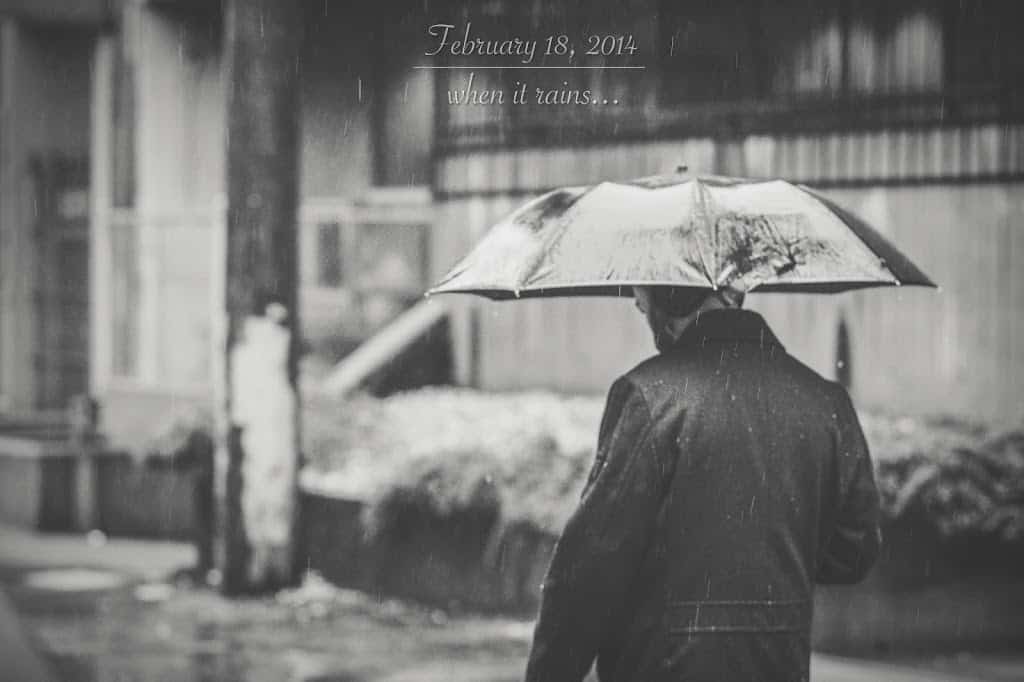 And thus concludes another week at a glance 🙂
Older
Newer