Wednesday was a beautifully sunny day where you could “almost” get away with just a vest and no jacket.  It was the perfect kind of day to go for a walk with a coworker to grab a free McDonald’s afternoon coffee.  Little did we know the snow was on it’s way again. 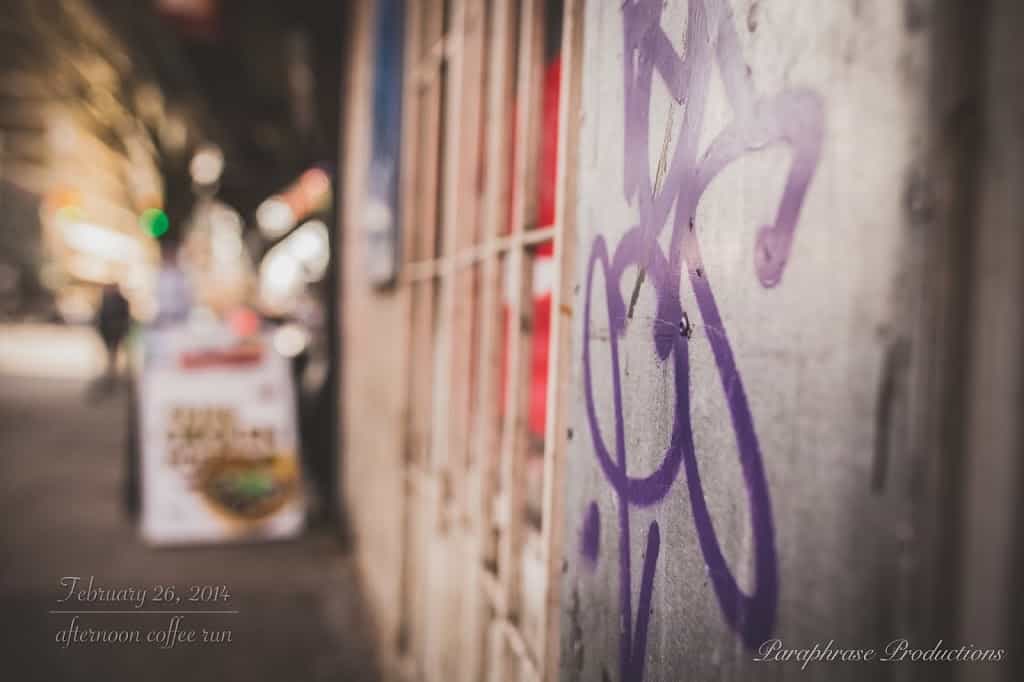 Thursday I took a picture of one of the hospitals I work at.  In some ways I feel like I’m saying goodbye to everything I take a picture of.  Not because I’m planning on quitting my job any time soon, or anything like that.  But because I know this is probably the only year (in the near future) that I will take the time to document every single day.  I know I’ll keep the book I’m going to make for years to come and look back at this stage of my life.  It makes me wonder what kind of photos I would have taken if I had done this as a child, a teenager, when I was away at school, at my last job, etc.  It makes me appreciate how even though it feels like I will be in this job FOR.EVER. sometimes (in a restless, yet still so thankful sort of way), that I know it’s just a stage in my life like everything else so far has been. 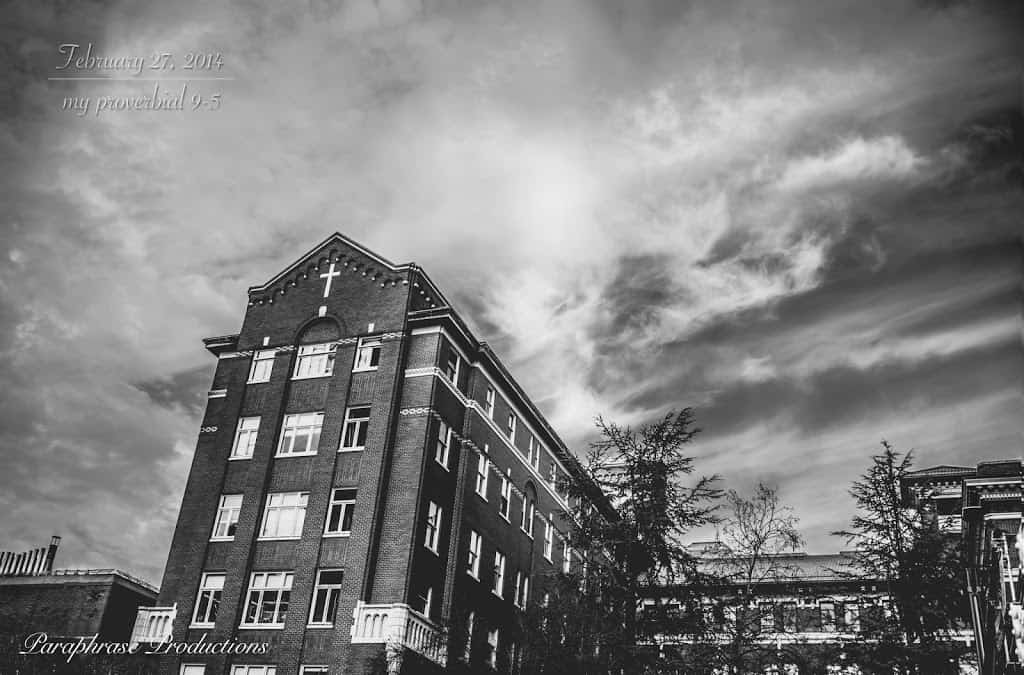 Friday I was feeling a bit uninspired.  I wasn’t really sure what I should take a picture of and I knew my time with the camera was limited before I had to hand it off to Nick for the evening.  A quick 20 minute walk on my lunch break led me to this chatty fellow right near the place where my good friend and I usually meet for coffee weekly.  He was more than happy to pose and talk to me while I took his photo. 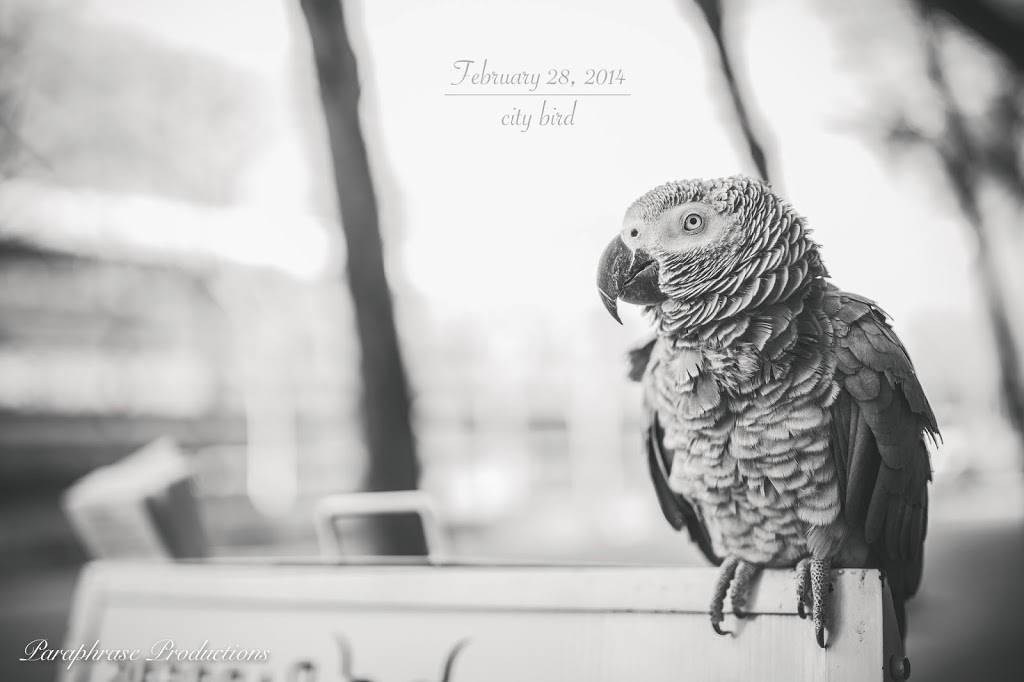 Saturday was tiring.  I got up early to be at my hair dresser’s when they opened and enjoyed a free coffee from Timmy’s in order to survive.  Later in the afternoon, Nick and I were both on the worship team at church.  While nothing “terrible” or “bad” happened, sometimes working with certain people’s personalities just exhausts you, so I was a bit of a grumpy, emotional mess through most of practice and the service.  It probably didn’t help that I had JUST fallen asleep for a quick nap and then it was suddenly time to go.  I’m not fun when I wake up.  But having Nick there drumming brightened my day a little bit. 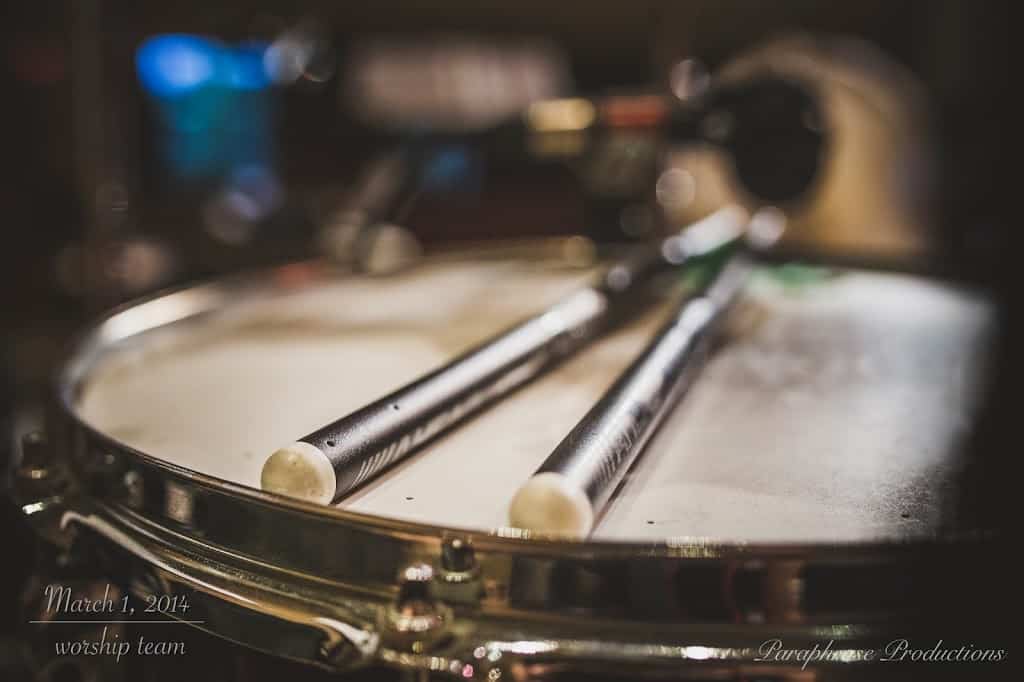 Sunday morning involved playing at two more services and then a quick trip to grab some Vietnamese food and go home and crash.  I was still a bit of a grumpy mess, so I was more than happy to sit in the car taking pictures of the rain while Nick grabbed the food, and oh so happy to go home and have a nice, long (4 hour) nap and watch t.v. for the rest of the evening. 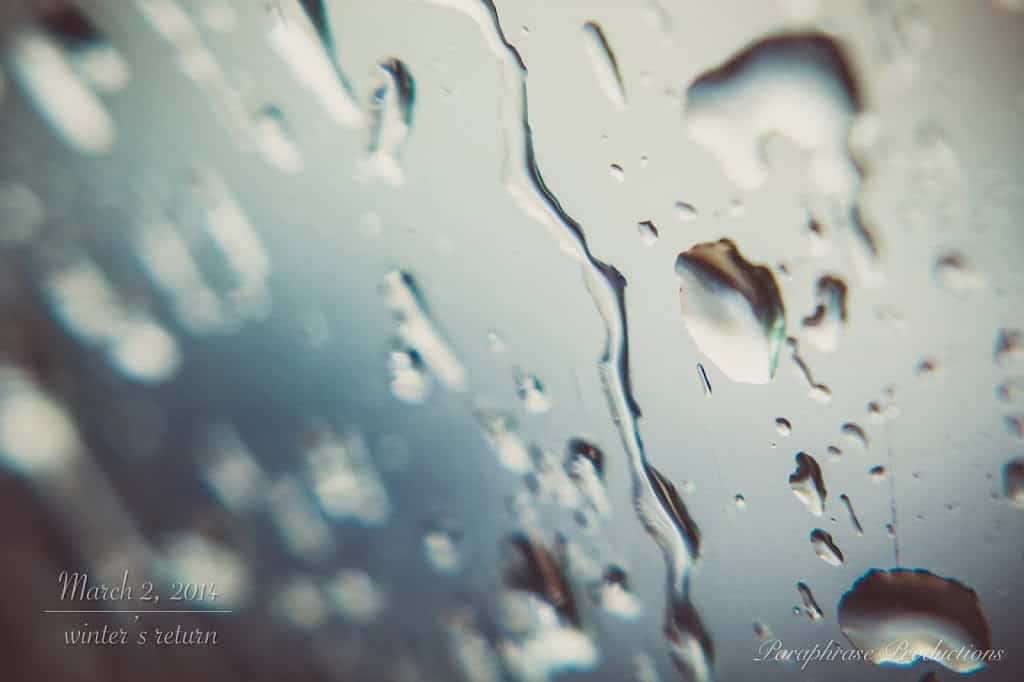 Monday morning I snagged a ride into work as Nick accidentally forgot to pick up a portion of the footage he needed for an edit this week.  Since it was pouring out, and since I was still pretty tired, I was more than happy to climb into a warm car, stop at the Tim Horton’s drive-thru and chat with Nick on the ride in (vs. getting up early, standing in the rain, and transferring buses all the way down town). 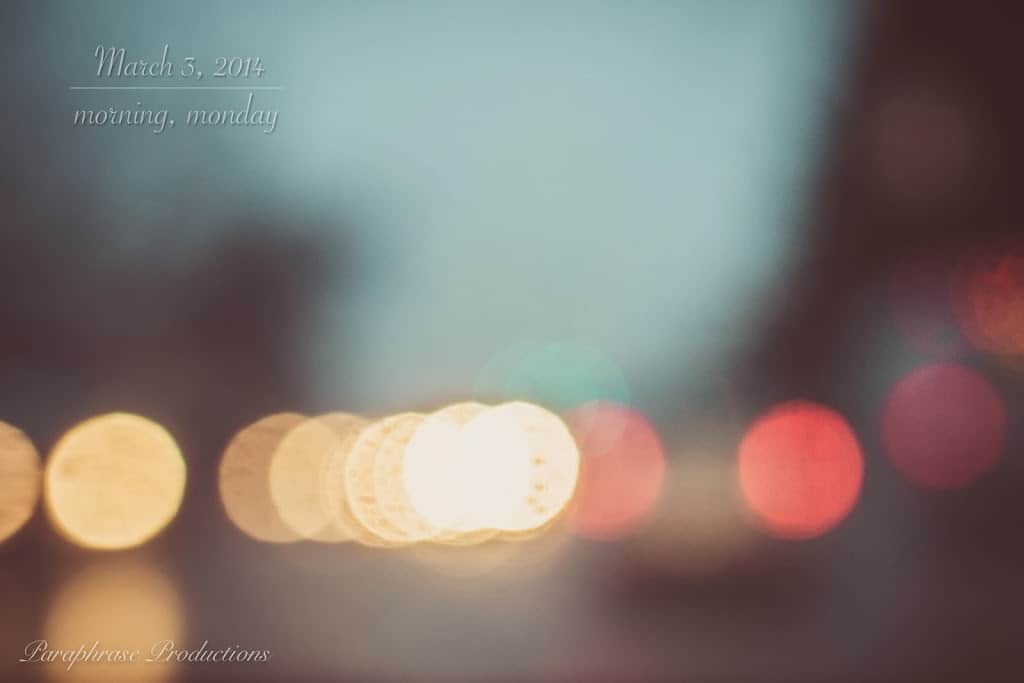 Tuesday (today) I woke up feeling exhausted.  In some ways it was a long day, but now that I sit here at the end of it, I feel like I still have some energy left (obviously since I’m on here editing my finished blog post, taking down a photo, and adding a new one).  My fish at work is acting weird, so I spent FOR.EVER. cleaning out the tank with a little cup running back and forth to the bathroom.  I decided to take all the little fish home and give him his space.  So one ice-cream bucket, one bus, one train, one car ride, and three traumatized fish later, we know have some additional buddies in our home tank.  I really hope Bacon doesn’t jump out in protest again… 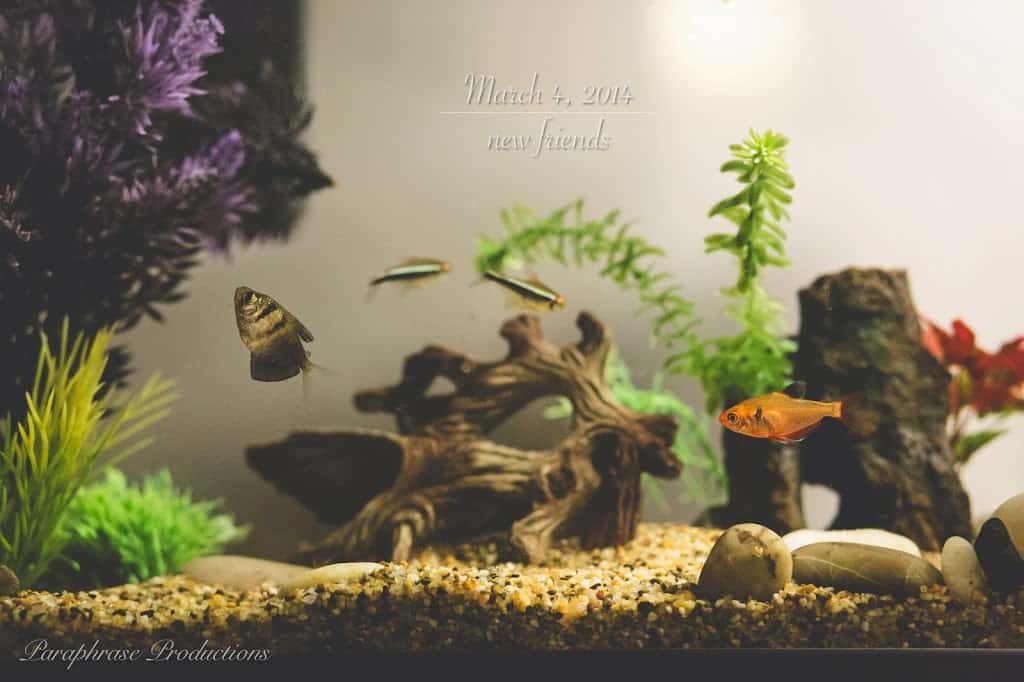