A couple of weeks ago I had the privilege of shooting Zenith and Trevor’s Bengali and North American inspired wedding.  It started out on Friday night with the Gaye Holud.  I loved how they took the traditional ceremonies, but made it about their faith in Christ and focused the evening on having fun and blessing the couple. 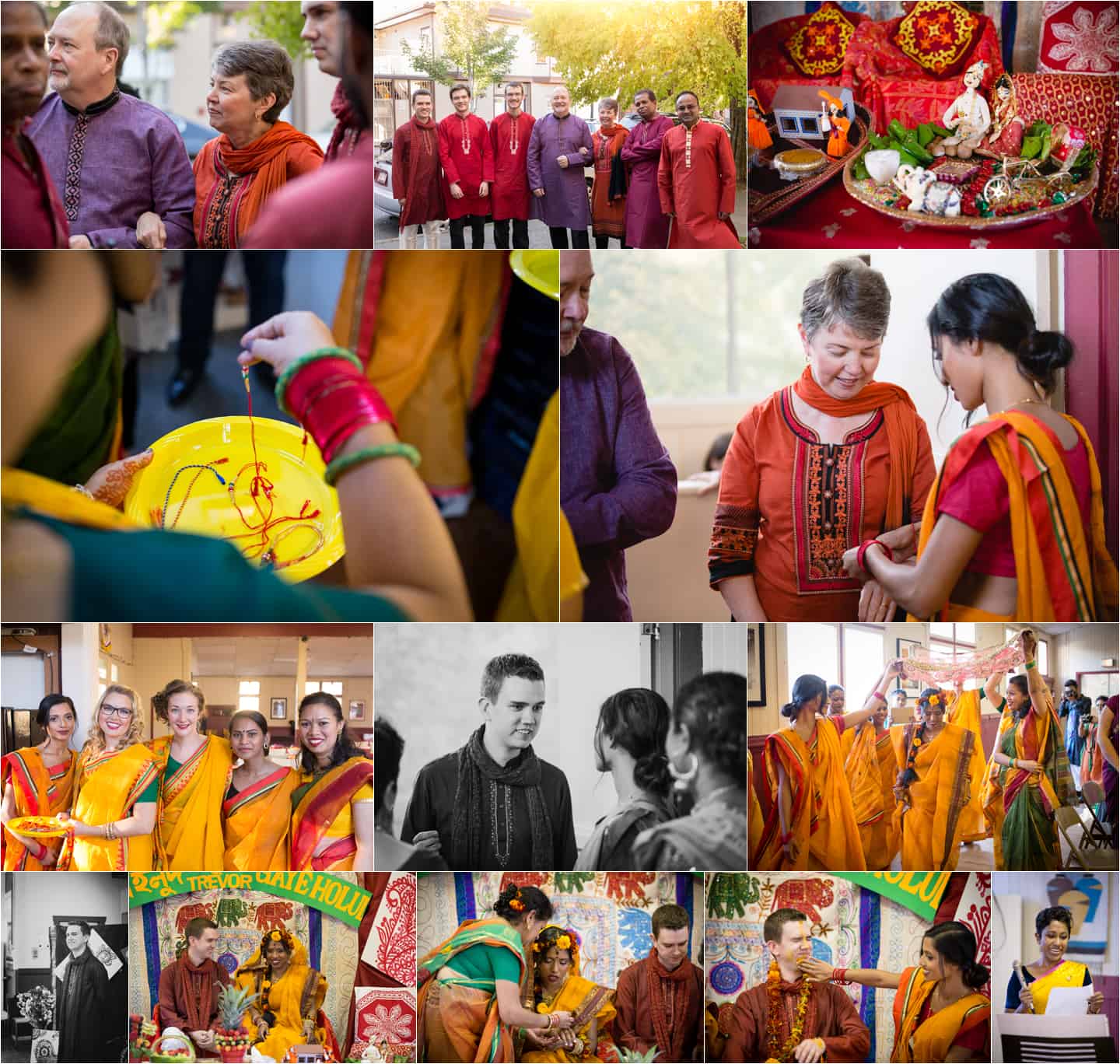 The next morning, I teamed up with the awesome Chantal Saville from Paisley Photography to cover the day.  We have been Facebook friends for a couple years, but had never actually met in person.  I asked her what she thought of coming out to second shoot this wedding with me, and she said yes!   We both love each other’s work, and had a blast teaming up :).  We hung out with the girls for the morning, and then she went off to check in with the guys while I remained with the ladies.  The gold and red colours were fabulous and beautiful to shoot.  I have to admit, though, that putting on a Sari makes climbing into a more traditional white wedding dress look like a piece of cake.  So much work went into these beautiful outfits! 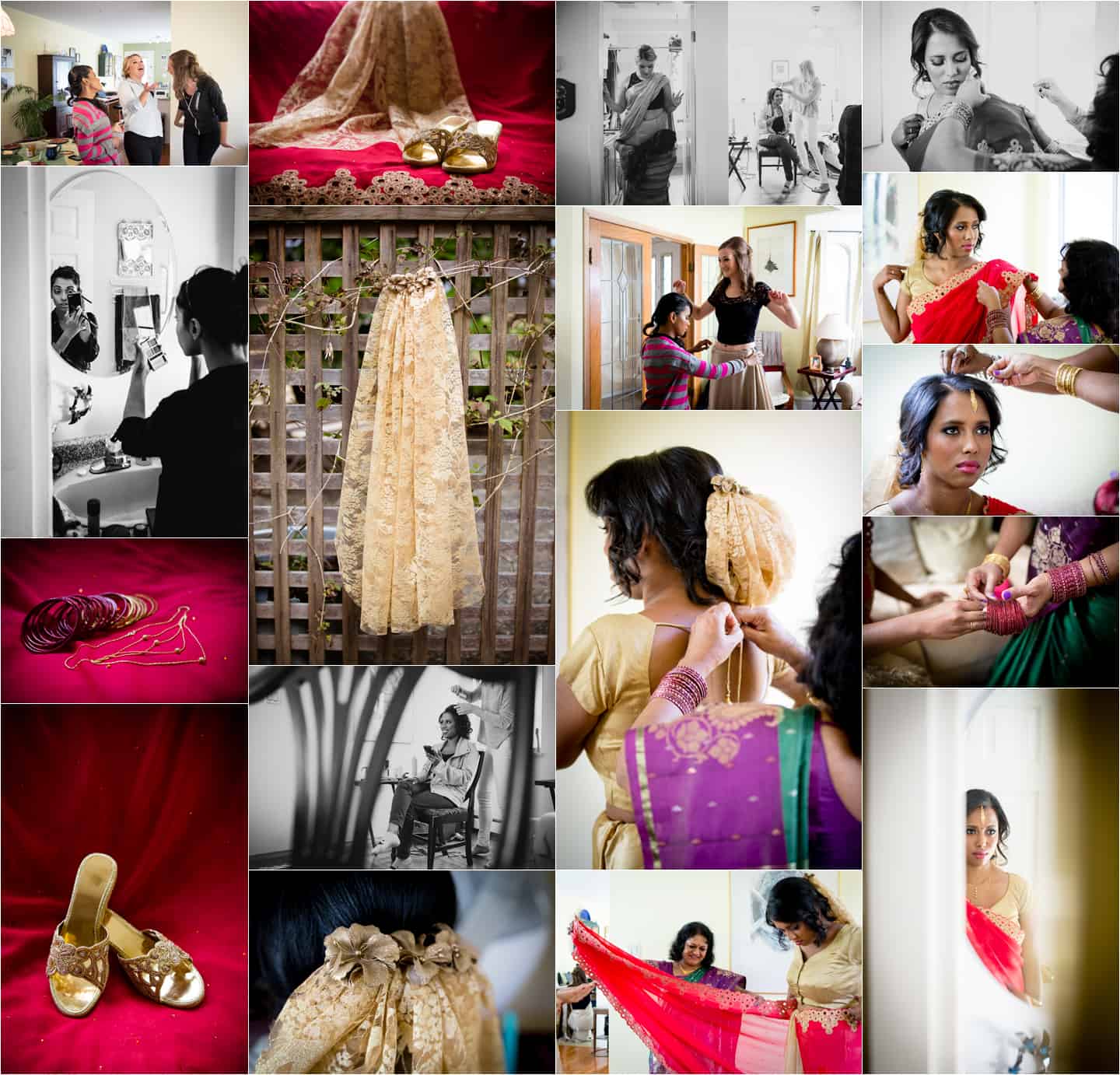 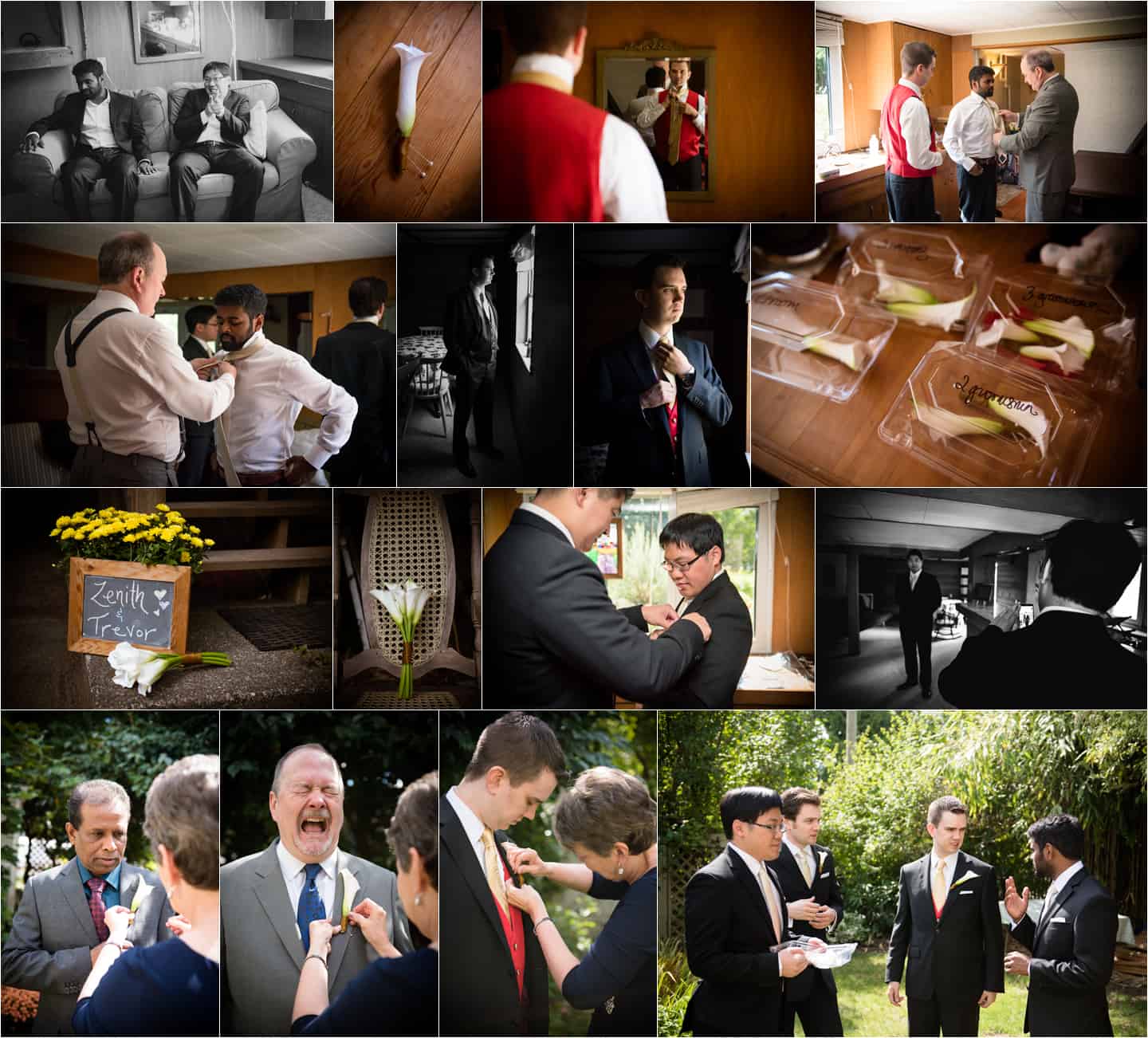 The locations were a bit of a photographer’s dream in that the houses they got ready in were on the same block as the church, Grandview Calvary Baptist, and the family photos were done in a lovely backyard. 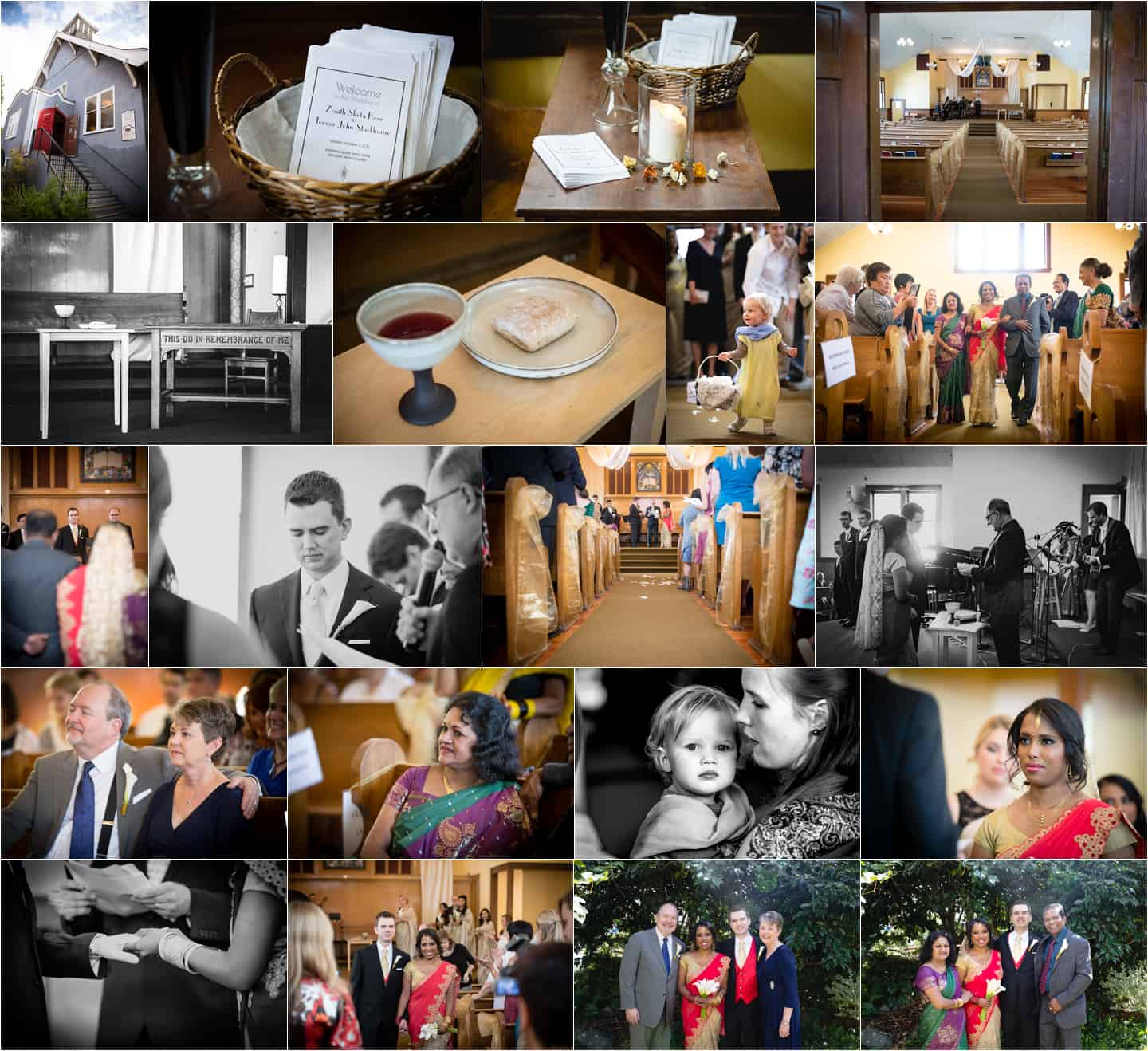 After the ceremony, we headed back to the houses for a quick bite to eat.  Then we divided their mid-day shoot into two parts.  For the first part, we took only the bride and groom back to the coffee shop where they first met.  I absolutely love that they had this idea and how special these photos will be with their double meaning.  It was completely worth the looks I got when I tried to get the customers to cooperate with our framing, haha!  Zenith also changed into a custom-made white dress that was perfectly designed for swing dancing later that evening. 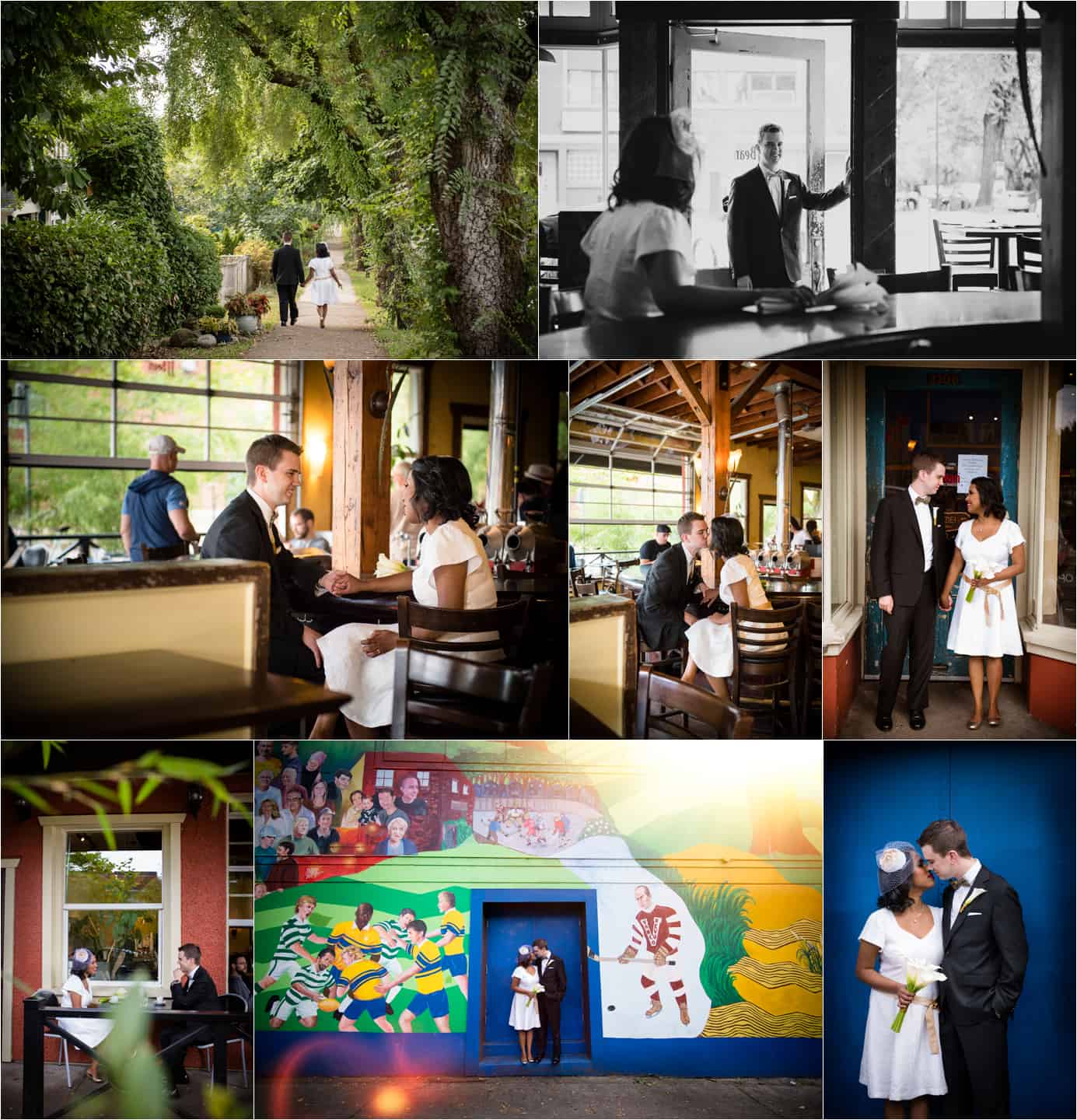 For the second part, we met up with the bridal party at Queen Elizabeth Park, before taking the couple for the last 45 minutes to do some more photos of just the two of them. 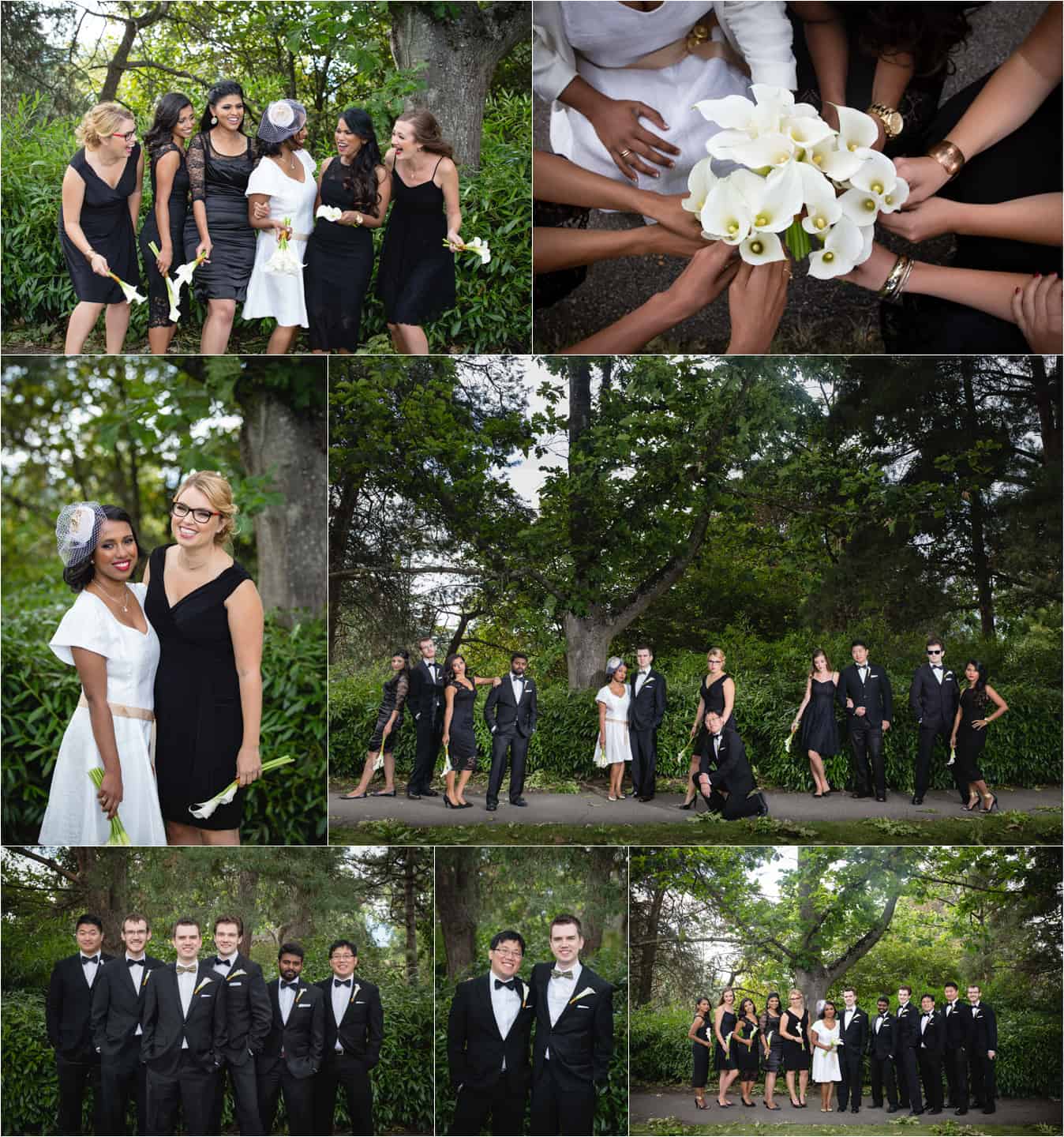 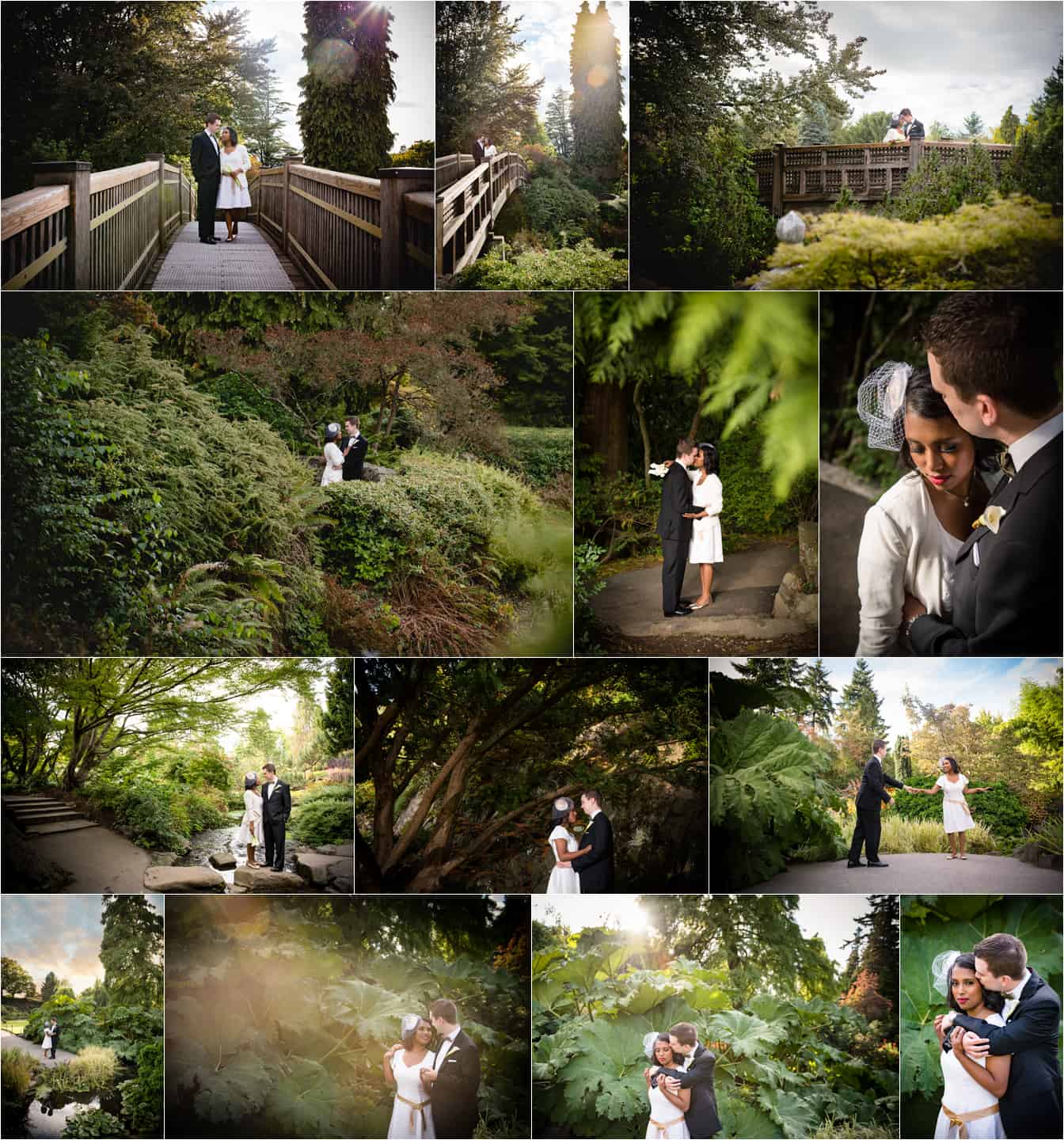 Lastly, we headed over to the reception venue at the Scottish Cultural Centre for an evening of Bengali food, speeches, and swing dancing.  And of course, we zipped outside for a quick sparkler shot before wishing the happy couple a good night! 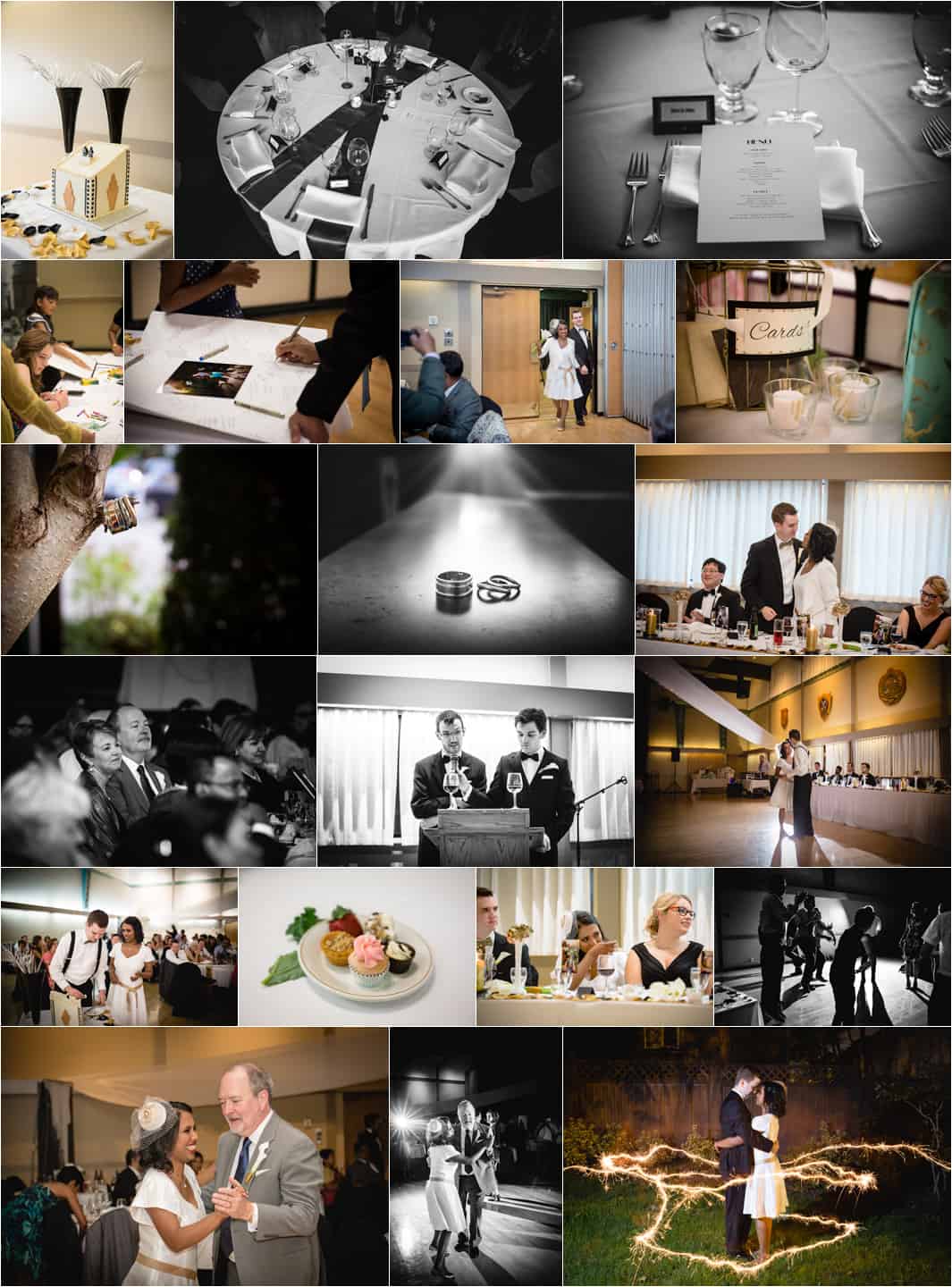