You know what makes writing a New Year’s post easier?  Having your entire year documented daily in photographs!  I feel like 2014 was a big year for our family.  We started the year with a lot of new beginnings:  New business.  New job for Nick.  New direction in life.  We enjoyed having more time than the previous year.  Time to get reconnected with our church family.  Time to play on the worship team again.  Time to be together.  Time to go on adventures!

Here’s a little summary of our year 🙂

January brought an expansion to our family in the form of fish, much to the dismay of all the siblings waiting to be Aunts and Uncles and the parents waiting to have a grandchild.  Sorry.  You got fish. 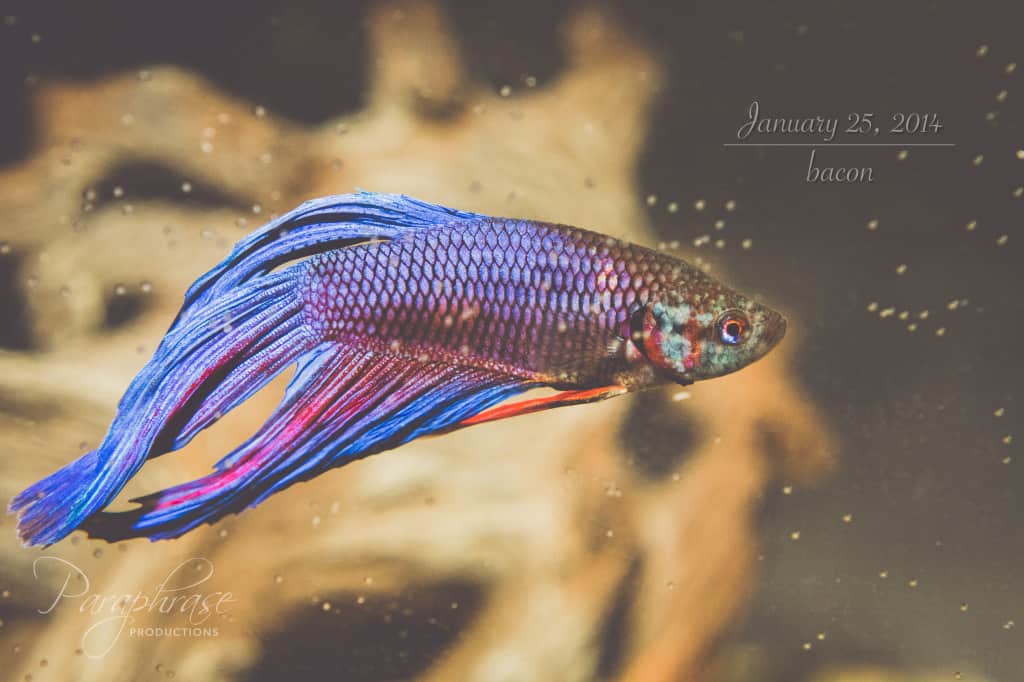 February, we enjoyed a proper Star Wars movie marathon in our living room.  We celebrated our engagement anniversary on Valentine’s Day.  We even took time to bake cinnamon buns, which is pretty impressive for us.  I also headed off across the border to visit a friend in the States, and ALMOST did so with a trunk full of realistic fake guns from a movie set that Nick still had in there!  And on a more serious note, February was a huge month for my spiritually where I would say I felt God in a real and present way like I never have before. 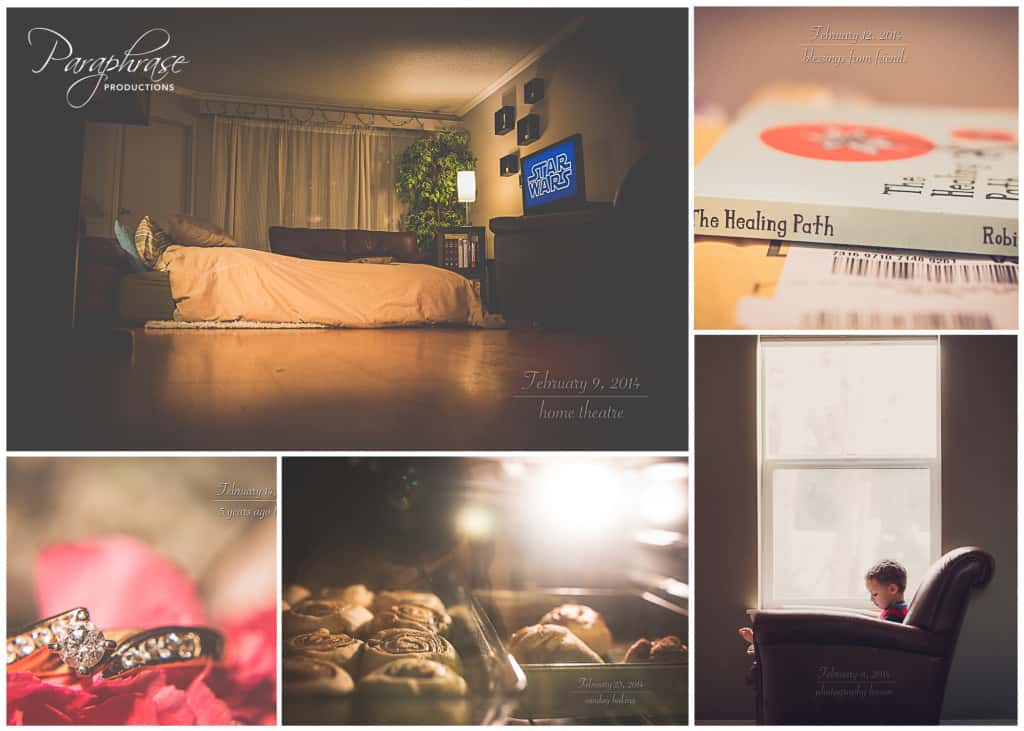 March was a really hard month, but also a month of a lot of growth.  Ironic, or maybe expected, that after you go through a “high” in life, the enemy wants to hit you as hard as he can with a low.  March marked the beginning of a lot of brokenness in my life.  But with that brokenness came growth.  I entered March with my heart torn in two, but I left March no longer defining myself by my relationships or by how certain people view me.  I left March on a road to healing and freedom in beginning to understand Who I am in Christ and what it looks like to have emotional boundaries.  Not that I have arrived.  But I began the journey.   March was also when Nick’s sister, Katrina, came to visit us; I caught a nasty cold that put me home for a couple of days; took an online photography workshop for the month; and did my first official shoot of the year. 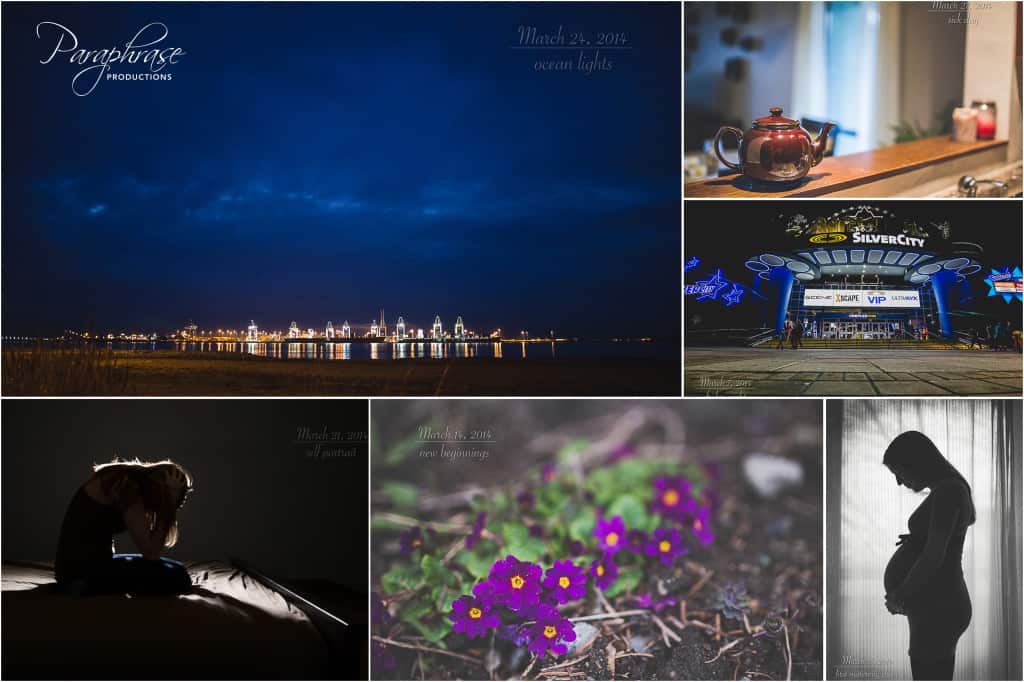 April was when things really started to get fun.  We purchased our first “new to us” car – a 2012 Toyota Matrix – in preparation for our epic Adventure!  We left mid-April for a road trip literally from “Sea to Sea” across North America.  We jumped in our car for almost a month and drove all along the West Coast of the states, ending in Disneyland, before we swung East and headed over to New York.  Of course, we detoured through the Grand Canyon, Utah, Chicago (where we celebrated Nick’s 28th birthday), and Minnesota on the way meeting and staying with way too many cool people to count. 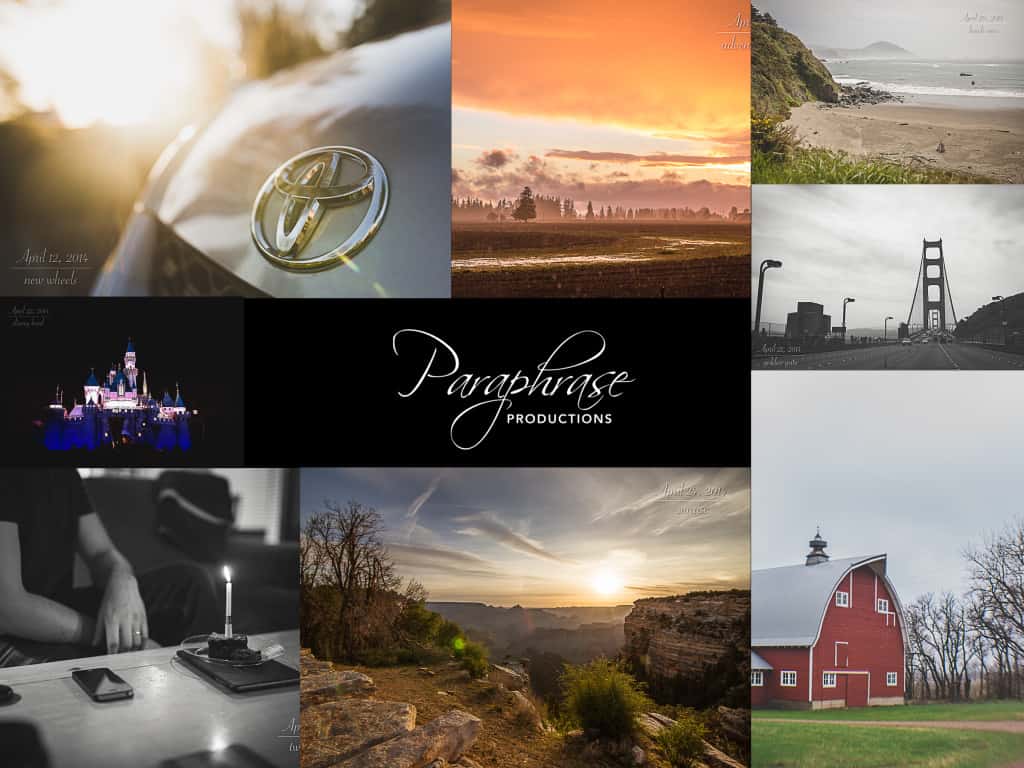 May saw us heading back West across the top part of the United States and dipping up into Canada to visit family along the way.  I also got to sit on the floor of a barn with 47,000 fuzzy, yellow, baby chickens which was also pretty awesome.  We spent the latter half of the month at home doing life and mixing it up with ice cream and pizza dates as time allowed.  I also shot my first wedding this month and feel in love with that entire genre of photography. 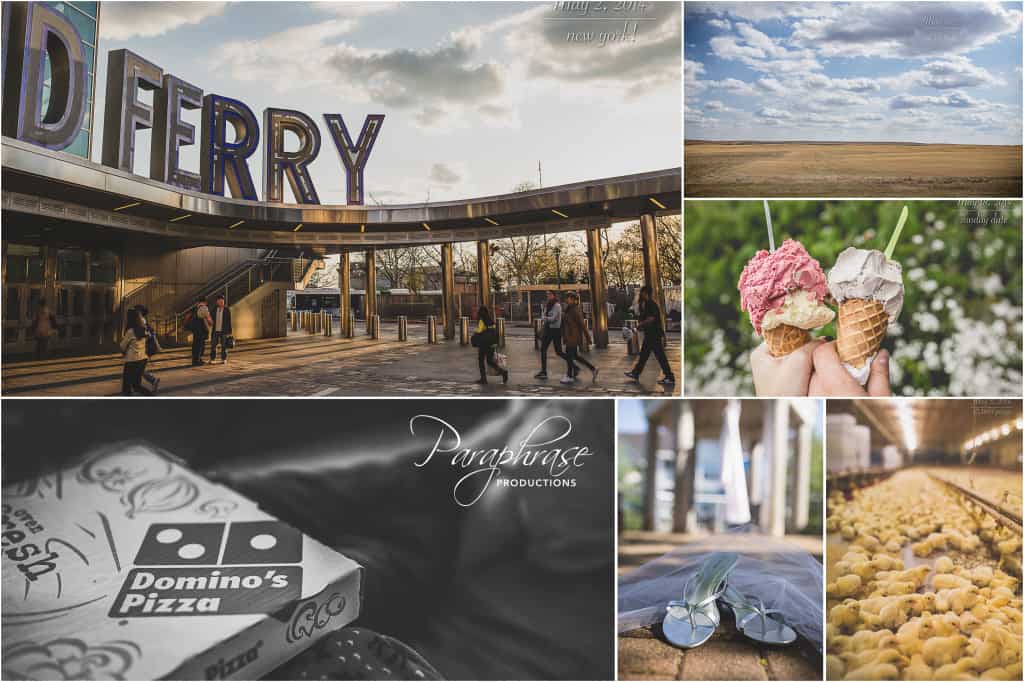 June was a whirlwind of activity.  My annual piano recital.  Nick’s sister, Stevie, coming to visit.  Nick’s parents and grandparents coming to visit.  His cousins getting baptized.  I turned 29 and got spoiled by a magical evening with friends (good conversation, good food, and sparklers – could I ask for more?).  Berry picking.  We purchased some cheap bikes from Canadian Tire and spent our weekends exploring the Ocean inlet and parks we’ve never been to before.  I also started an internship with a wedding company as a second/third shooter. 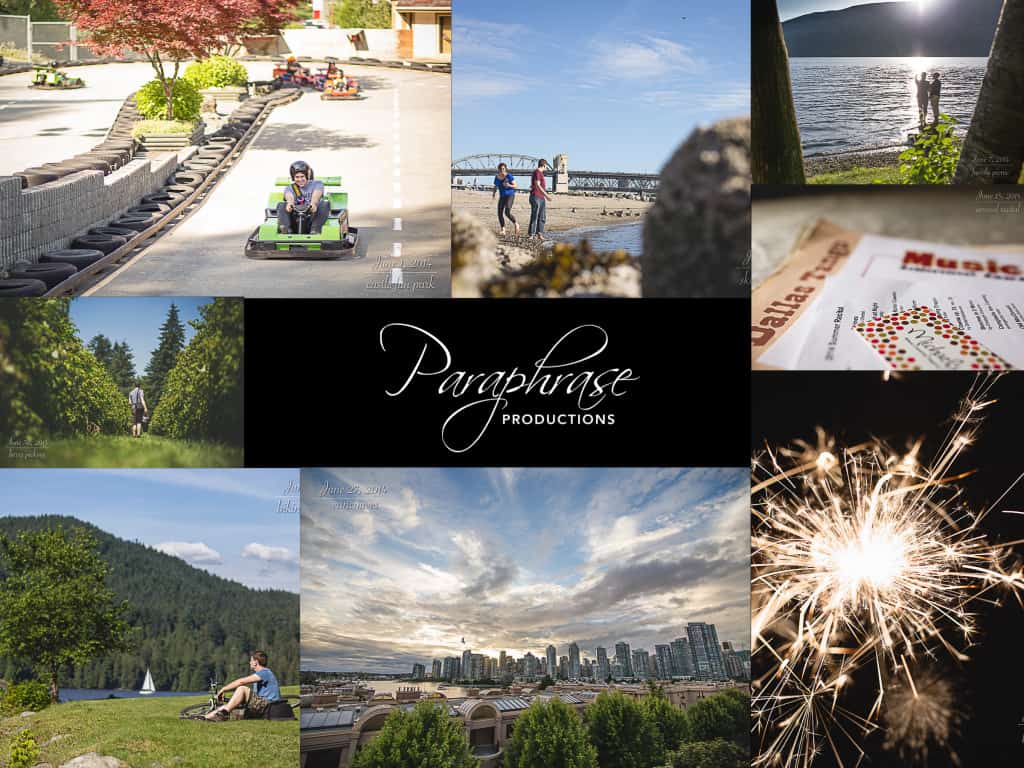 July was kicked off with a trip to the aquarium and Canada Day fireworks downtown.  It started to get really busy on weekends with photography, between my own shoots picking up and my internship.  We still managed to squeeze in a party or games night with friends here and there as well, though.  Our friends got married and had the most beautiful wedding ever, I received my first ever care package (from England, too!), and we wrapped up the month with the annual Festival of Lights. 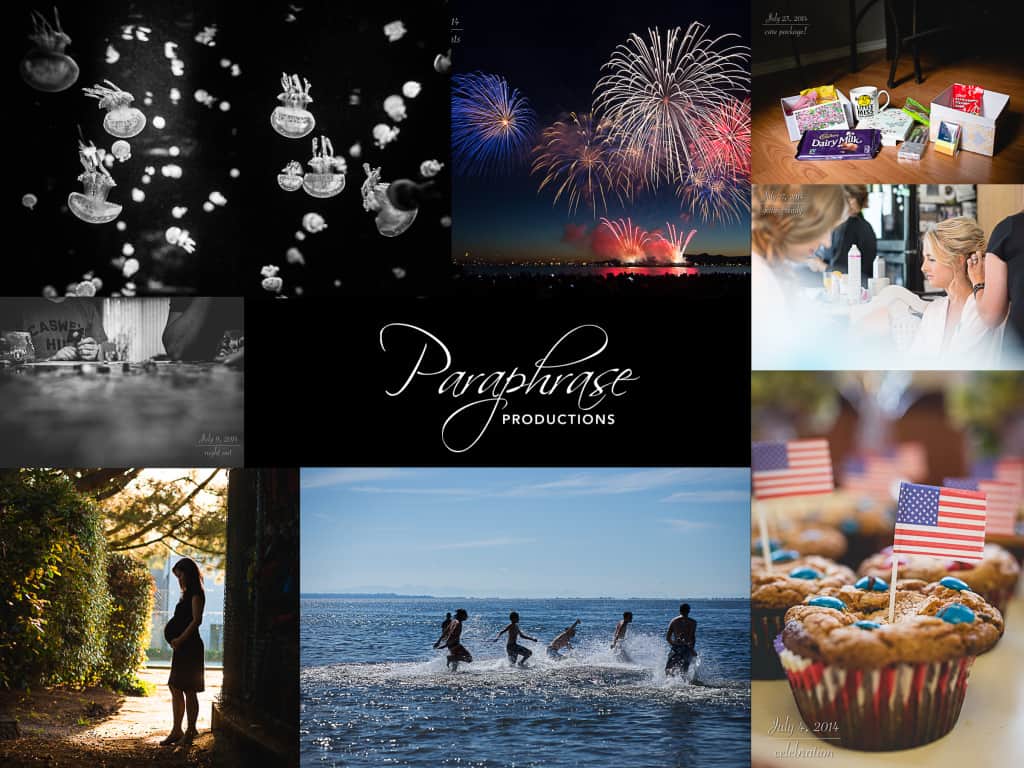 August was started properly.  When the calendar flipped over to this month, we were up the Coast along the ocean watching a movie in the back of our car while our camera was recording a star time-lapse.  This was followed by an impromptu trip to the Island to film for a camp we used to work at and more star time lapses.  There were also, of course, more photo shoots, more berry picking, and I started to lead shoot in weddings now as well. 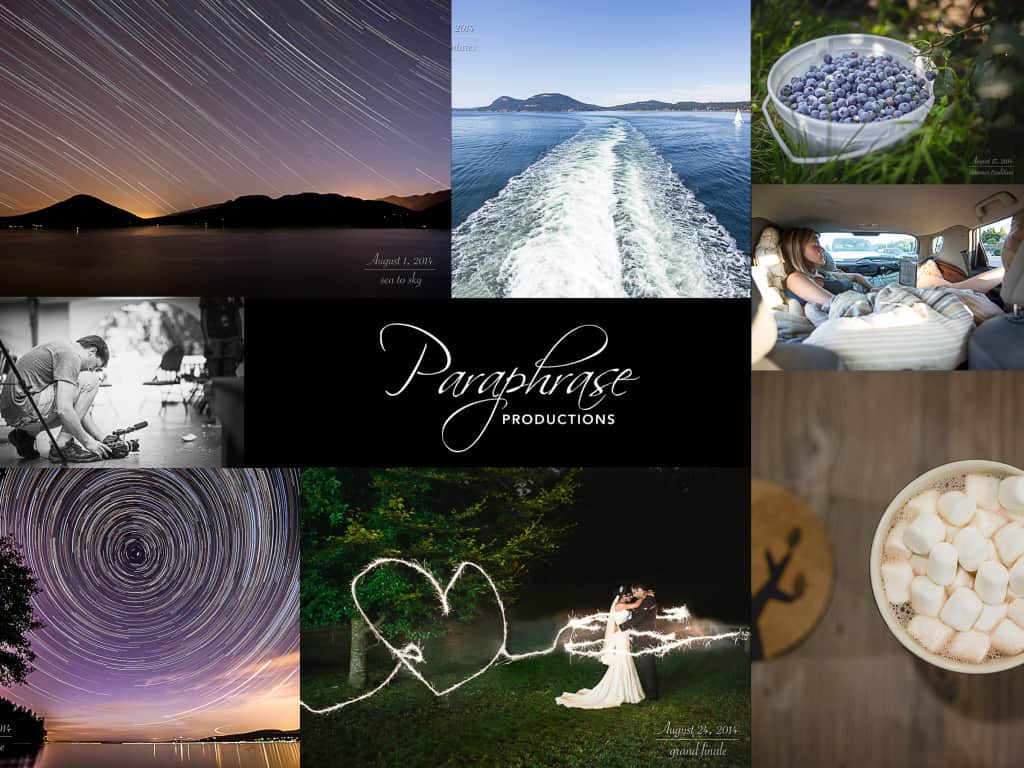 September was started with us wrapping up our series of Summer dates with a romantic trip to the top of a mountain on a gondola for a fancy dinner.  (After stopping at McDonald’s for poutine on the way so that the fancy dinner was also a filling dinner, haha).  More photography shoots for our company, and more piano students joining my studio.  Paraphrase Productions also did their first wedding completely under its own name, and it was awesome.  I’m sold on shooting weddings now – my new found love.  My dad also came and visited for a weekend and we hung out at the trapshooting range for the day. 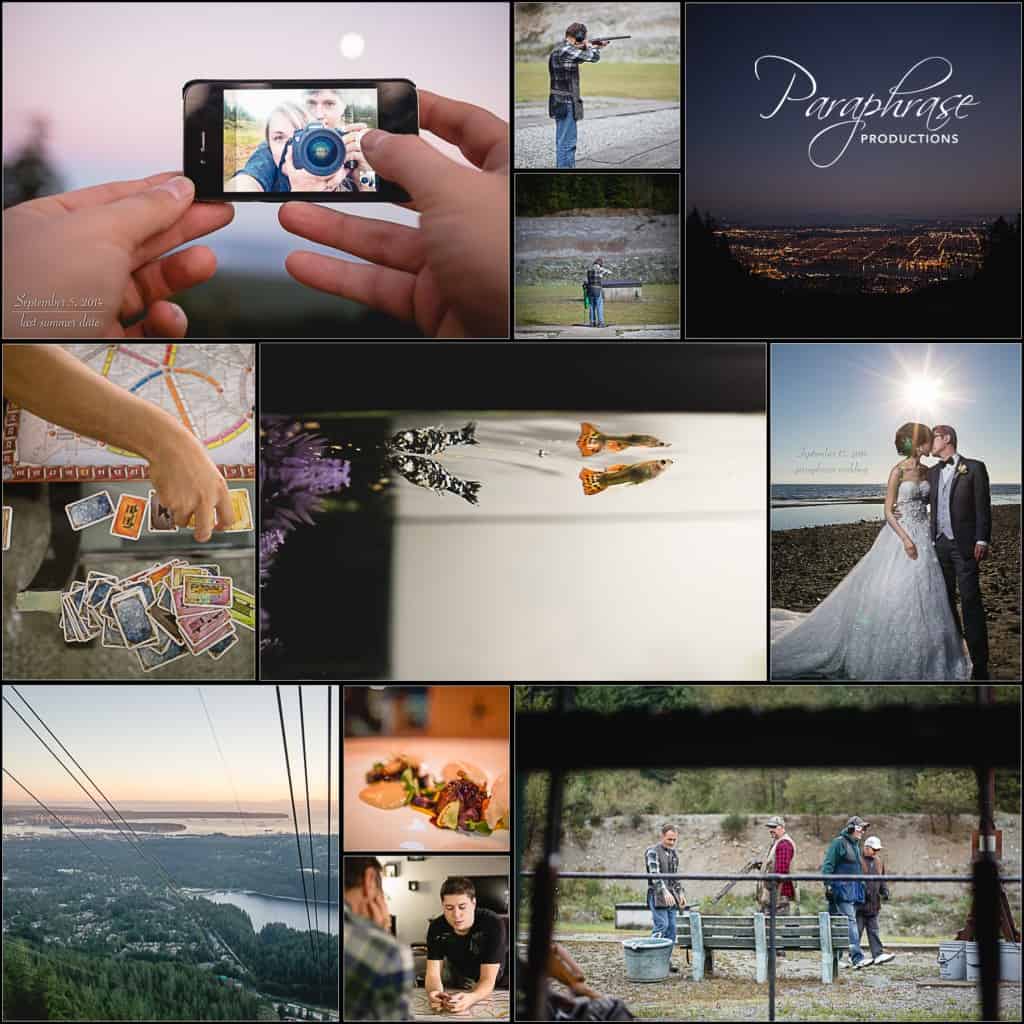 October, I sold my first canvass print (of star trails).  We celebrated our 5th wedding anniversary in style (tastiest home-made meal ever and snuggled in for a movie).  Canadian Thanksgiving was enjoyed with Nick’s grandparents and aunt and uncle.  We started our month of “no spending” and didn’t buy anything other than business expenses for the entirety of the month.  And the month was wrapped up when Nick had his wisdom teeth out under anesthesia and survived.  Oh, I also learned how to build a website, which was an entirely frustrating, but rewarding, endeavor. 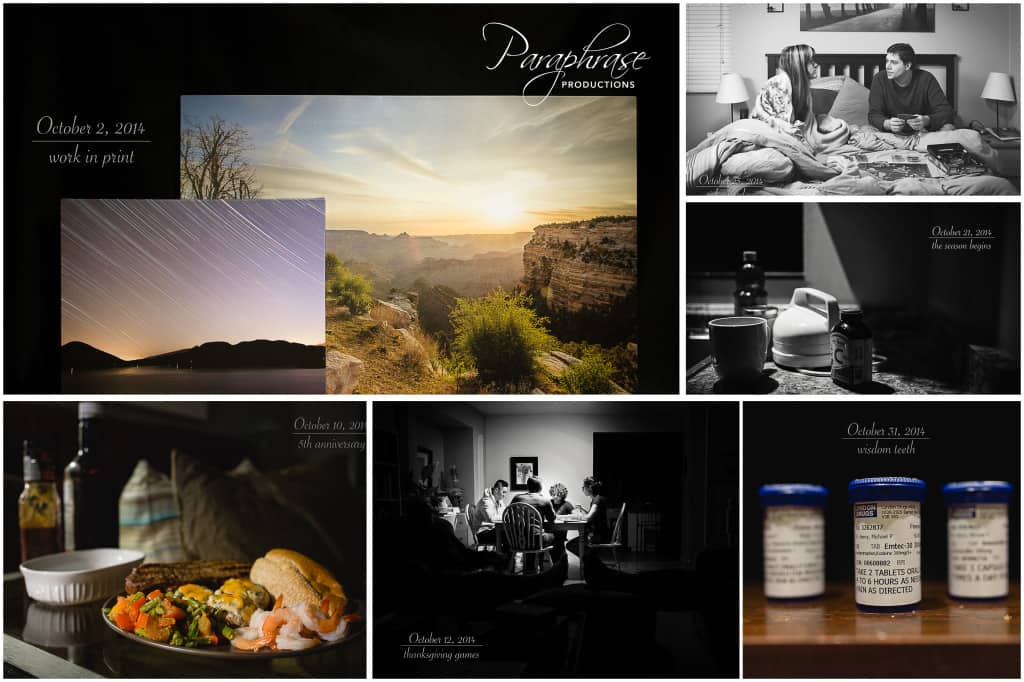 November, I started another month-long photography workshop online.  November was supposed to be my “month off” shooting in between the busyness of October and December.  However, a wedding still snuck its way in there right at the end of the month.  The weekends also found other ways to be filled with over-time at work (a rarity, but needed for a special project), family visiting, and a friends’ wedding in Alberta that we flew out for and Nick filmed.  Christmas parties had also started by this month, so we had one of those and set up our tree.  I also booked our vacation for 2015, which was exciting – yay Mexico! 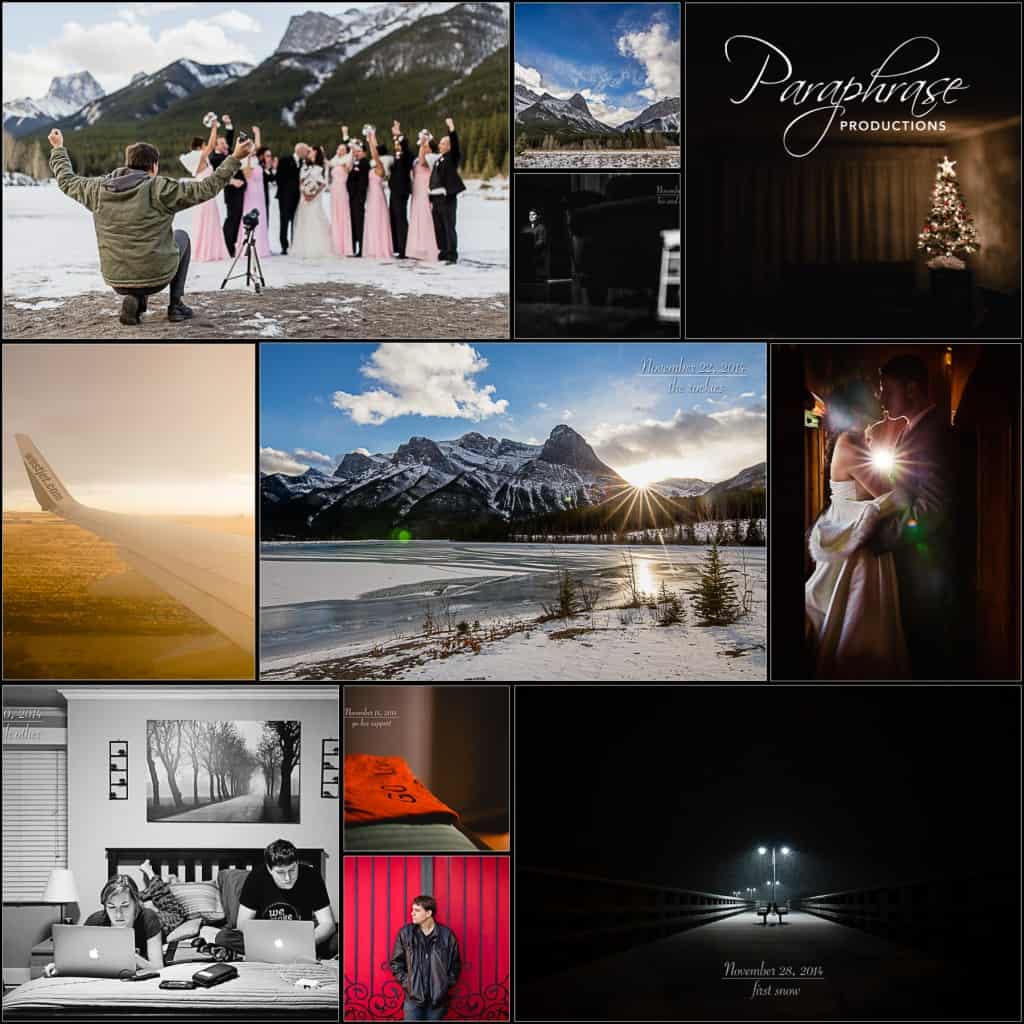 December, this year, was the month that almost broke me.  I have a very good ability to organize and multitask, but December brought me to a point where I was sitting on the floor saying “no more.”  I had a wedding to edit, goodies to make (to bring to Life Group as it was our turn and for a Christmas party), parties to attend (birthday and various Christmas events), shoots almost every weekend and the corresponding editing (and sometimes more than one on the same weekend), family in town multiple times, presents to buy and mail, dates with friends to keep (funny how everyone wants to get together “before the New Year”), and piano students moving everywhere due to illnesses or holiday scheduling conflicts.  This was too much on top of my usual jobs and daily tasks.  However, I survived (barely), even with being taken out for 4-5 days with the flu.  Largely in part to Nick promising me I could have a puppy sometime later in the New Year.  Don’t ask me why the idea of one more responsibility was such a lifeline to me in the craziness, but it was.  Every time I got stressed I would remind myself that I get a puppy.  Whatever works, right!?  It’s the last day of December today as I type this home sick in bed, but we made it!  It was a good month despite all the stress. 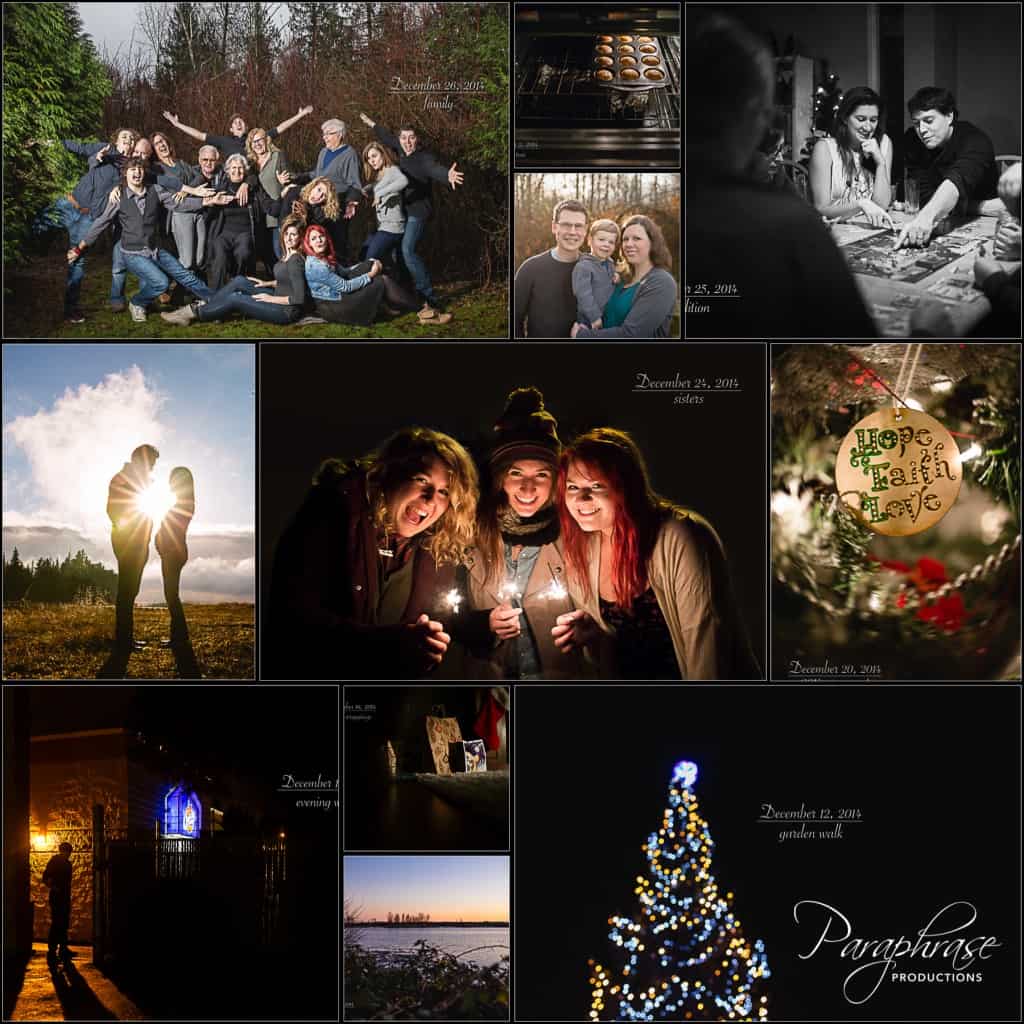 I expect 2015 will also be a memorable and awesome year.  Our family will be expanding again with a puppy.  Sorry relatives!  We’re getting closer to kids because a puppy is a definite upgrade from fish.  The plan is to work MORE (yes, you read that right), so I can eventually work less.  I expect to be the busiest ever for the majority of 2015 given that it hasn’t even begun yet and I already have half a dozen photo shoots booked, and more promised.  I also may be slightly increasing my piano studio size and am just waiting to hear back from an email I sent out now.  However, I’m also promising myself that I’m taking one day off a week going forward, and will be cutting back and prioritizing by the Winter.  No, seriously.  I have to have more time to look after that puppy when we get it cause Nick and I will only be able to smuggle it to work so many times ;).  I’m excited for this year and all it will bring.  I’m excited for the adventures we’re already planning.  And I’m VERY excited to be kicking it off with a much desired trip to Mexico to lay on the beach and do nothing with my love!

Be the first to comment “2014 in Review” Cancel reply