Friday, September 20th, I “only” had to do a little bit of correspondence and exporting photos.  9.5 hours later, I was still right where I started (physically) :P.  So much for an almost day off! 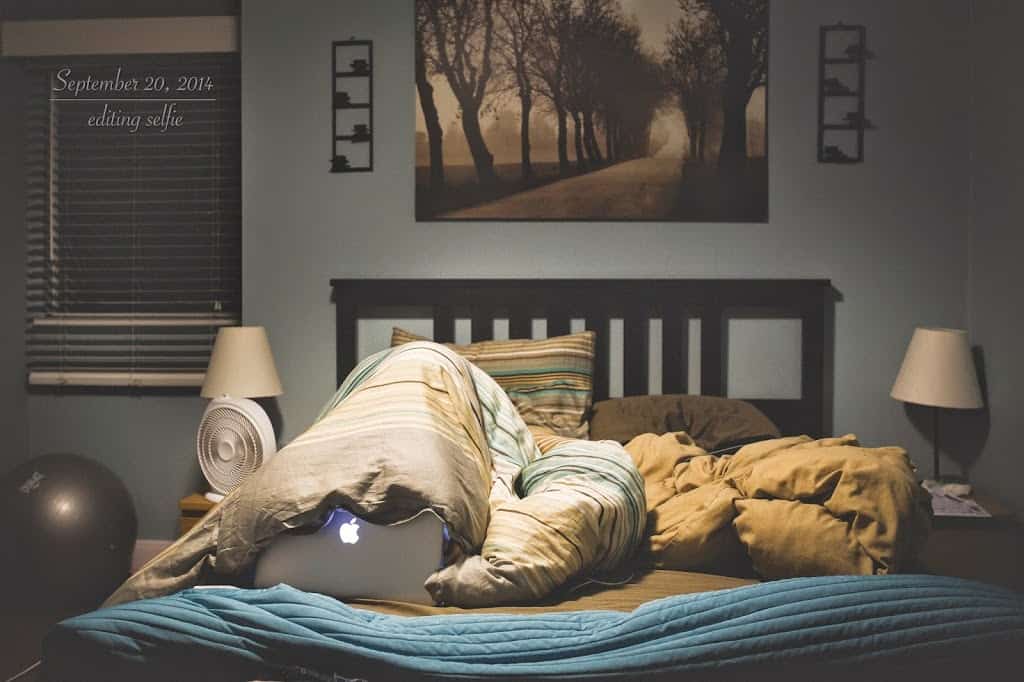 Sunday, I headed over to a wedding shower after church and it had all my favourite goodies that I’m so allergic to.  But… I ate them anyways!  Nick and I are really looking forward to heading out to Alberta in 8 weeks to watch our friends finally tie the knot! 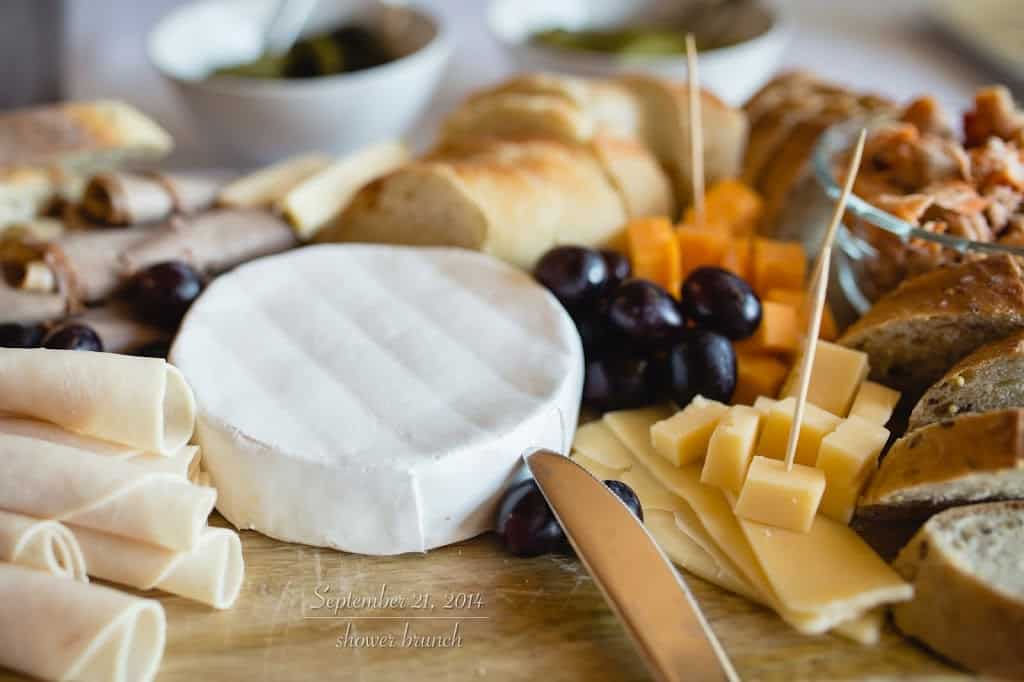 Monday, we decided we needed food.  The fridge was pathetic and we were hungry, so we headed out after work and piano teaching to go grab everything edible in sight at the grocery store as fast as possible.  You should understand that we gave up on making grocery lists years ago.  We walk into the store, and with very little communication to each other, we can divide and conquer in under 20 minutes.  We know the usuals.  We know what we like.  We know what a good sale is.  We are like extreme shoppers.  It’s kind of scary how we can whip in and out with no list, and no talking and have food for weeks that we’re both happy with.  (Obviously we also eat the same things all the time…haha). 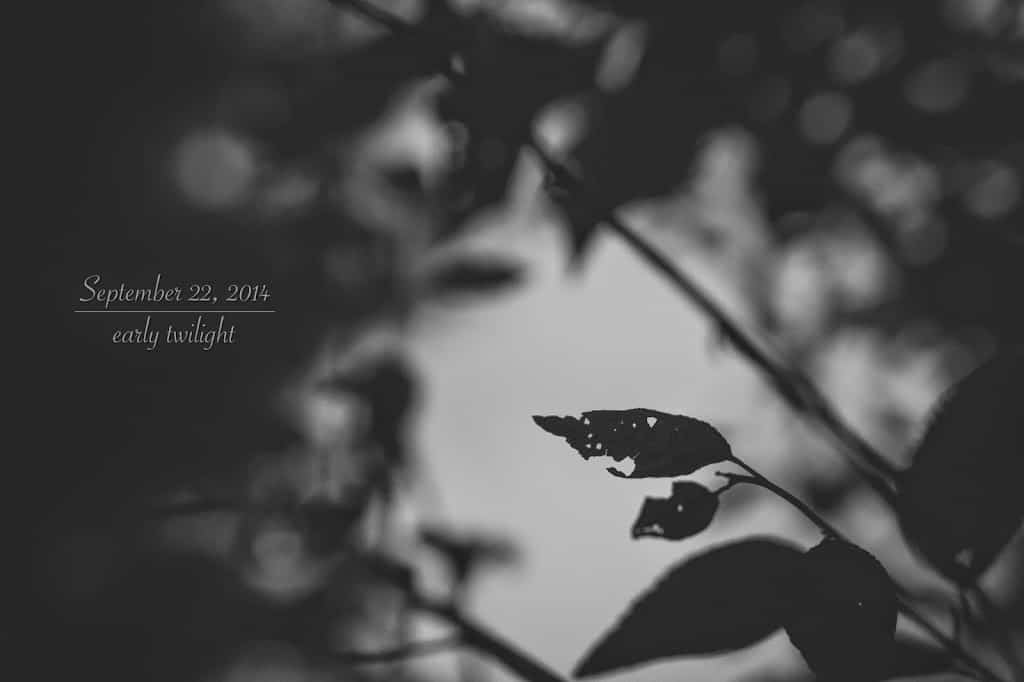 Tuesday, I really loved the daily I shot below.  However, I have a confession to all fellow photographers.  My daily photo went a little something like this:

“I have nothing to shoot.  I can’t think of anything to shoot.  I’m home alone and I got nothing.  Maybe I’ll shoot this?  No.  Maybe there is something on my deck to shoot.  No.  Hey, the deck light means I could make a silhouette!  But…. my tripod is all the way in the other room.  I’ll just set the camera on the couch.  Hmmm, the couch is kind of low.  I’ll just kneel on the ground so I fit in the frame.  Ow… why does kneeling hurt so much when you’re older.  And I can’t be bothered to focus my shot until I know I have the framing right.  Oh!  That’s neat!  Let’s take one or two more.  Done.” 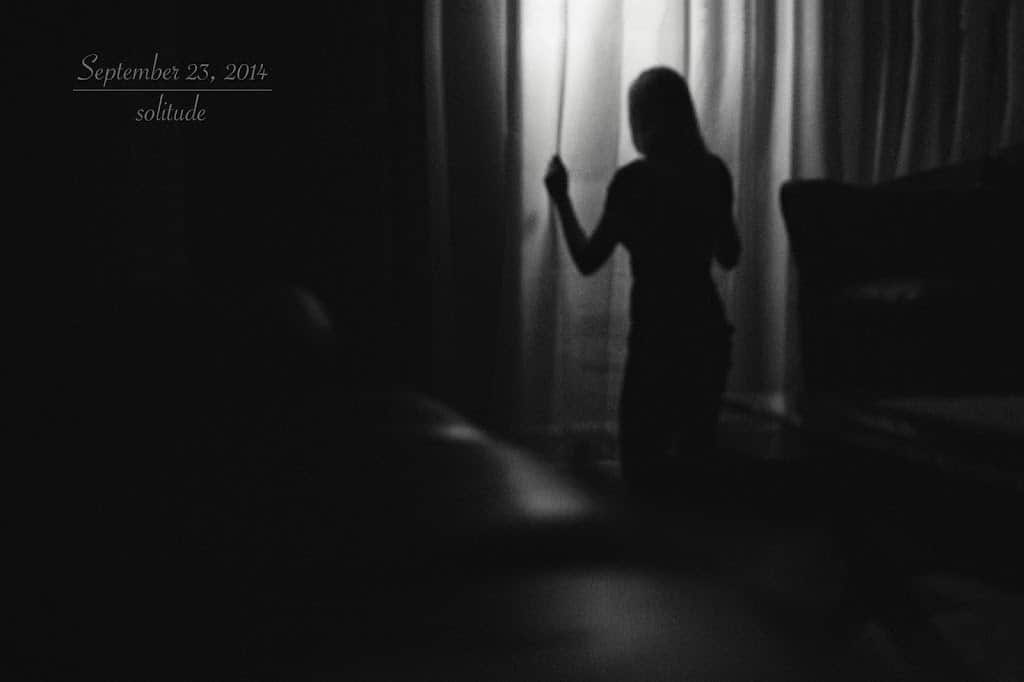 Wednesday, we enjoyed the fruits (literally) of our Monday grocery shop.  I have a problem with lunches.  I really don’t like bread very much and sandwiches are even worse.  It means I’m a real pain to make lunches for.  I would happily take all these random snacks over a “proper lunch” any day! 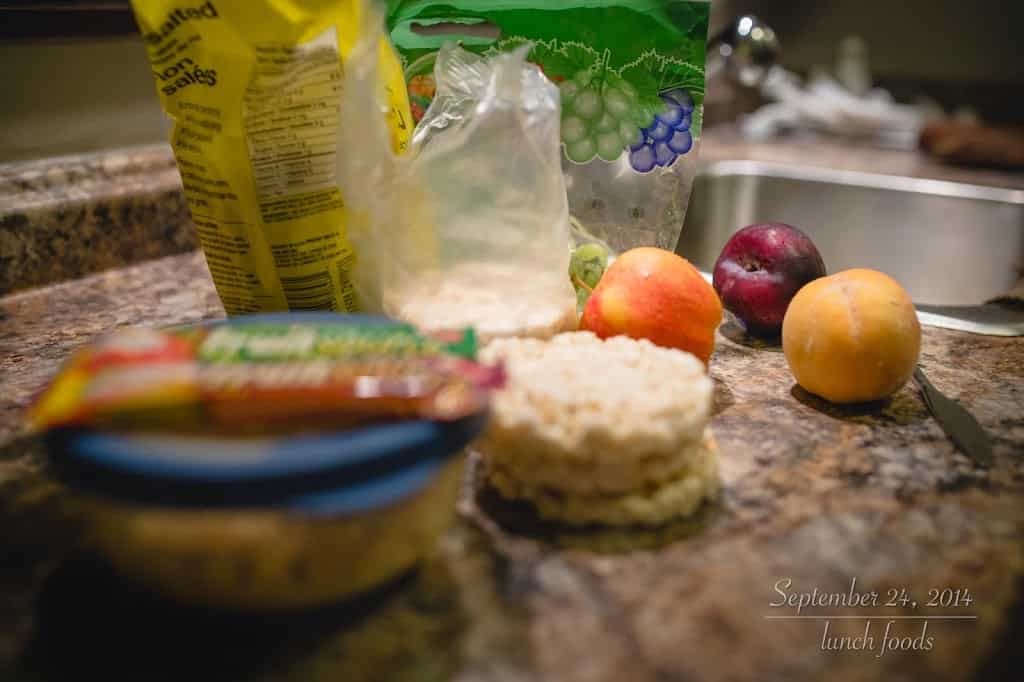 Thursday evening, Nick was at a SUPER LATE meeting from like 8:30pm to midnight ish.  I took a little time to myself to stop working, run a bath, and read.  I also went to bed at a semi-decent hour.  Man, I felt so good the next day!  You would think I would LEARN from this experience and do it more often, but alas, no…. haha. 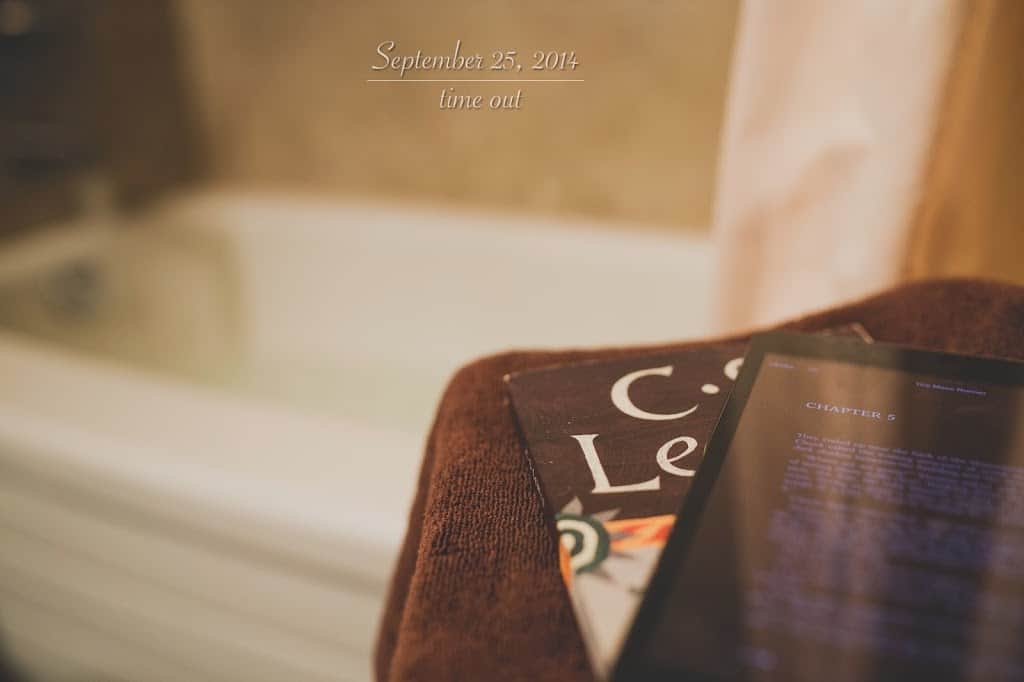 Friday, after work my dad came to visit.  There is a trap shooting competition this weekend and it was being held near us.  For those of you who don’t know, my dad is a little bit awesome.  He used to be the national champion in trap shooting 30 years ago, and he’s just getting back into it.  That’s right, my dad is cooler than your dad.  He played a couple games with Nick and I on Friday and then headed to bed as Saturday’s shoot meant he (and I) had to be out of the house by 7am.  Nick, sadly, had to shoot a wedding all day, but at least got more sleep than we did!

And yes, those are MY trains.  I won the first round before solidly losing the second! 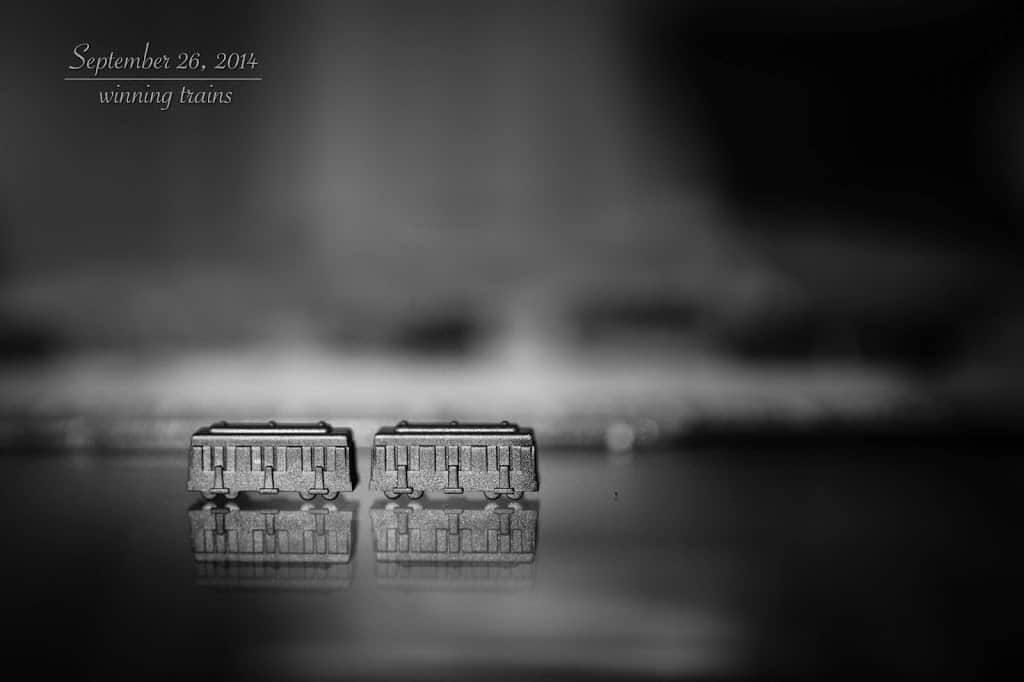 Saturday, I could have easily picked a photo of my dad for my daily.  That would be the obvious choice, right?  But this spider web is kind of cool….  I’m going to do a separate post about hanging out with my dad this weekend 😉 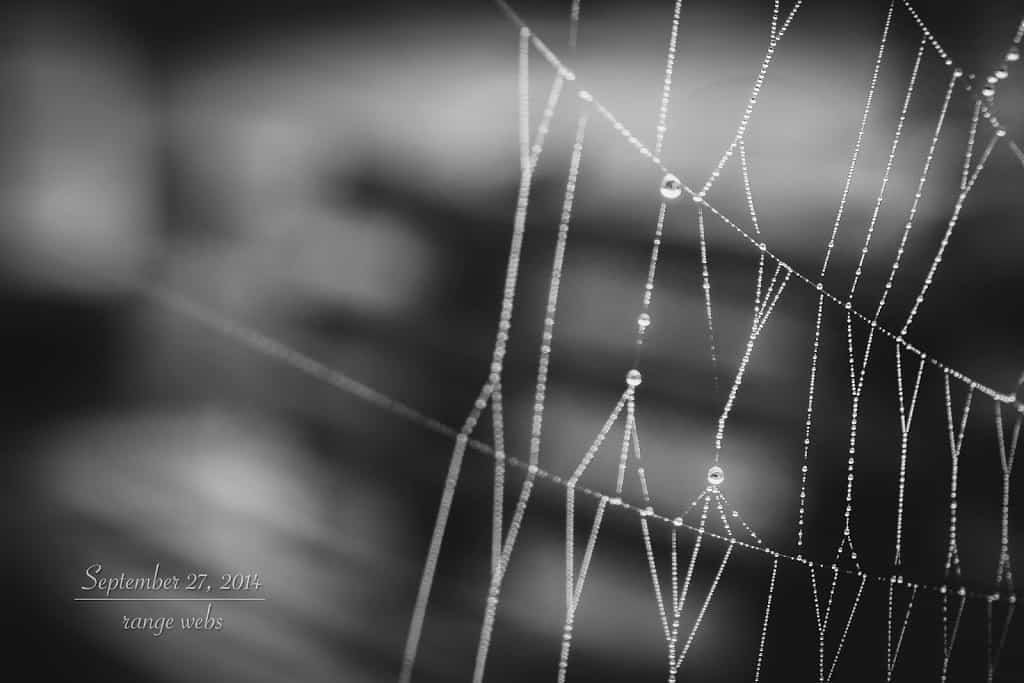 Alright!  Double digits left!  Only 95 days and counting until we made it through this project – yay!