Yesterday, Nick and I decided to play tourist in our own city.  He has lived here for 7 years and I have lived here for 5, and yet we have never done much that is truly “Vancouver”.  We were either always too broke or too busy.  This year has been a year of finding a balance, though.  It’s been a year of saying no to good things to say yes to better things.  Some of those better things are planned Summer dates with each other.  (Planned because life is still crazy busy, and also planned because we want to be deliberate about going out and DOING things rather than just collapsing in front of our screens during our downtime).

Yesterday it was a glorious 25-30 degrees Celsius out.  For this interior-raised girl, it never truly feels like Summer until you hit at least 30.  We packed up a picnic and grabbed the camera bag, heading down into the city around 2pm.  We realized about half way there that I had to look at some locations for a shoot next week, and all our gas and parking instantly became a business write-off.  We used my hospital employee pass to secure $8 parking for the day, and pulled our bikes out of the car where we had systematically squeezed them in.  (And yes, I immensely enjoyed using a discount from one job as a write-off for a second job).
We biked through the city streets and over to Stanley Park where our first stop was the aquarium.  We’ve never been as the $34 per head puts it way out of our usual price range for activities.  But we were told it was awesome by numerous people, and when I found out there were dolphins, it sealed the deal.  And it was worth it.  Every cent.  We spent a good 3 hours there and still didn’t see everything!  I think I chewed through 1/3rd of my camera battery in that time.  It was really hard to narrow it down to some of my favourites, but here’s my attempt at giving you a glimpse of all the cool sights there: 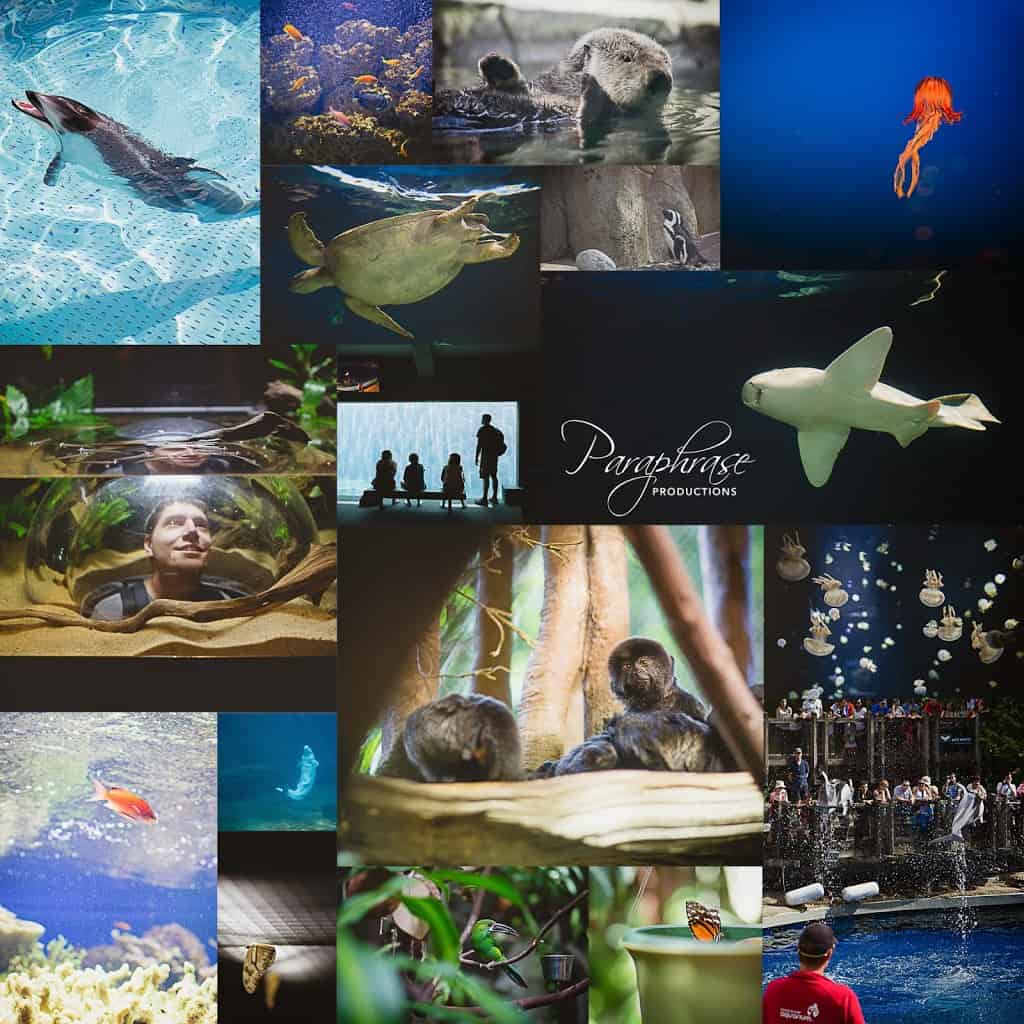 Next up on our agenda was an evening bike around the seawall.  We’re not sure how many hours it takes to go all the way around as we were took our time, scouted for photography locations, and stopped to enjoy a picnic half way: 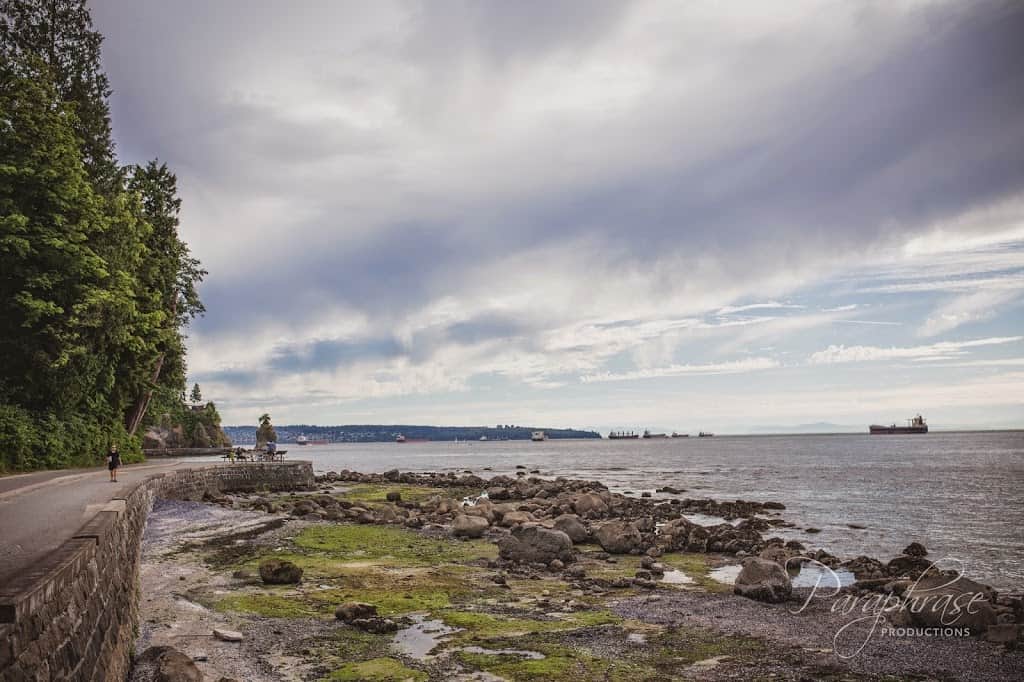 As the sun started to set, we decided to head over to the far side of the park and complete our circuit.  Stopping for smoothies along the way, we eventually plunked ourselves down on a grassy hill and settled in to wait the couple hours until dark.  We didn’t bring a tripod, but we stacked the bikes on top of each other and wrapped the gorilla pod around the handle bars and that sufficed just fine.  The last time I attempted to photograph fireworks (two years ago – wow time flies), I think I made Nick a little crazy spending more time fiddling with my settings than enjoying the show with him.  This time I was smart.  I researched my settings ahead of time, got it right on the first try, and operated the camera on Bulb mode with my remote so I could fire the shots without even looking and thus also be in the moment with Husband 🙂 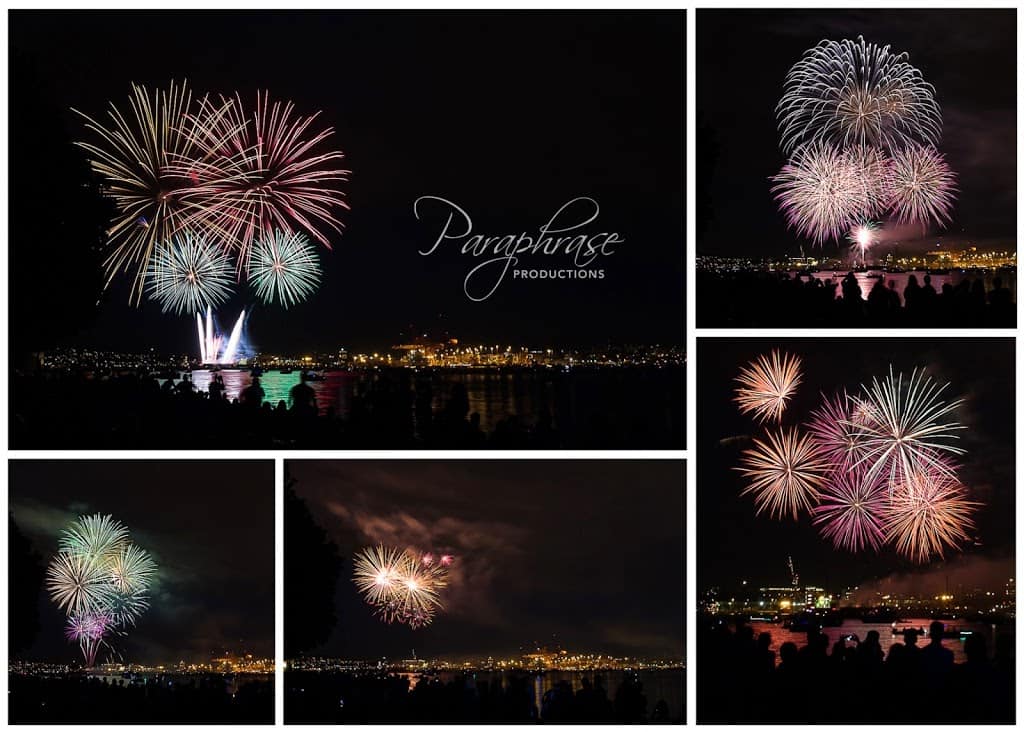 The show finished up just before 11pm, and we got on our bikes for the 20-minute ride back to our car – uphill.  I think we got more exercise yesterday than we have all year combined!  We found our bed shortly before 1am, and were rudely awakened by the 6:20 alarm a few short hours later, but it was all worth it 🙂
Older
Newer