Last Saturday I had the privilege of recording a very special day for a beautiful couple.   If I wasn’t completely in love with photographing weddings before, I am now!  These two were a complete riot right from start to finish!  Also, a big thank you to Brett Alexander Photos for being my second shooter and getting up at the crack of dawn (literally) on a Saturday morning with me ;).
And, yes, you read that correctly – last Saturday.  I managed to get their 500 photos edited in just under a week, and it nearly killed me, but it was so worth it!  I edited on the bus, on my lunch breaks, while eating all my meals, while watching t.v., etc.  Nick had to literally pry the computer out of my hands every night because I couldn’t get enough of this fantastic, fun couple!  Here’s a little glimpse of their day (please ignore the fact that Blogger just loves turning black and white photos sepia toned… sigh….). 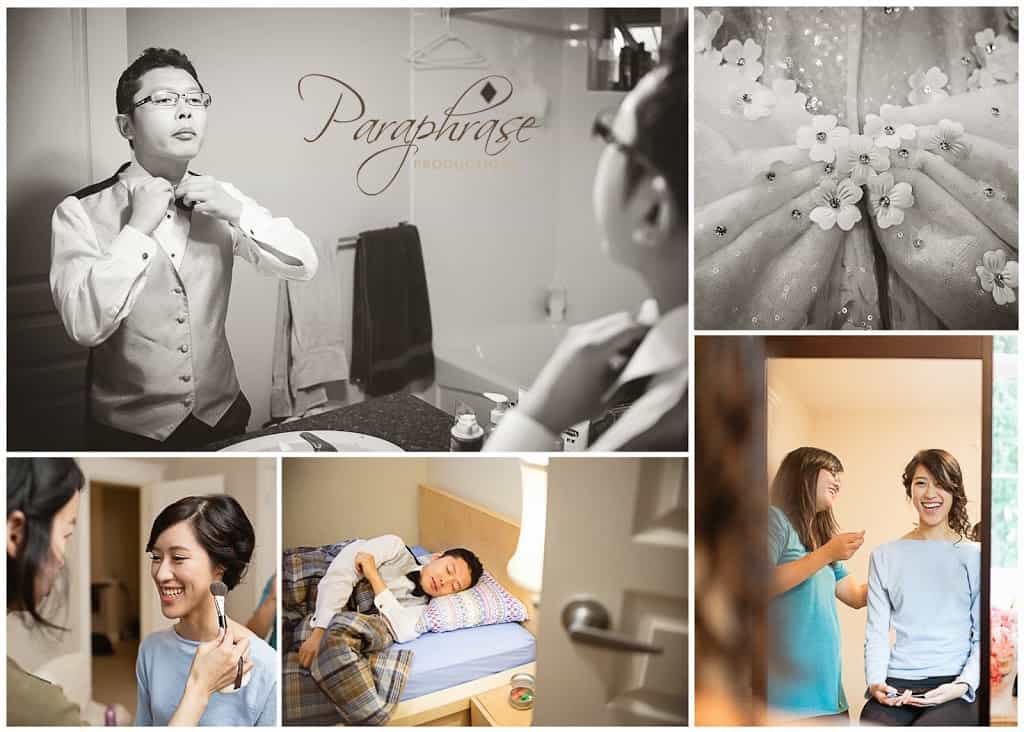 While I was upstairs with the bride as she finished her hair and make-up, Brett was outside waiting with the guys for the door games to begin. 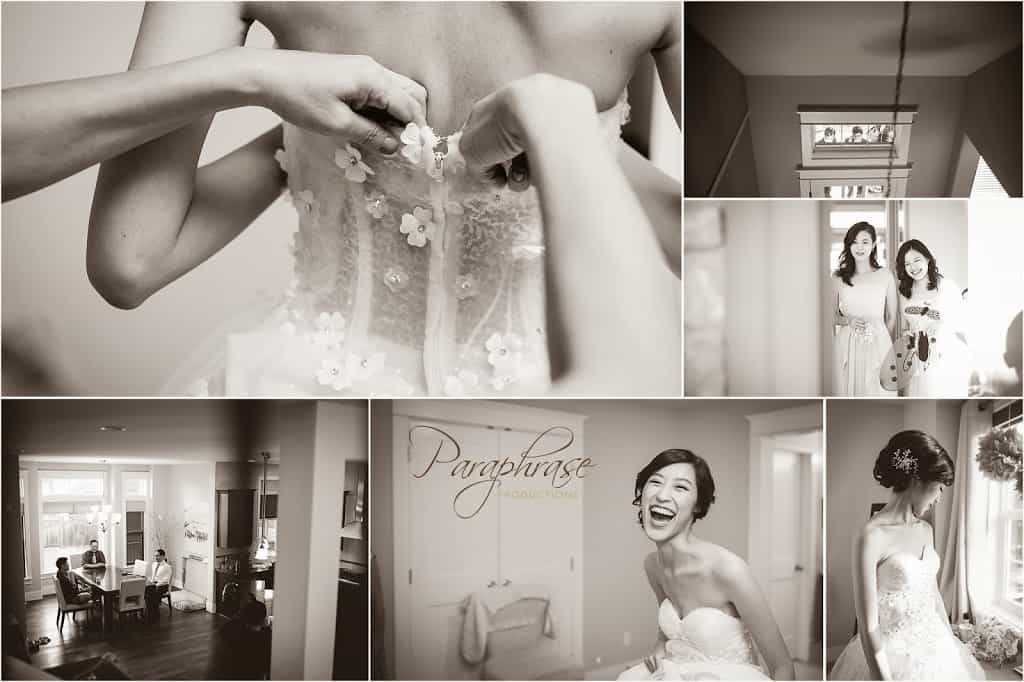 There were push-ups, tests to be passed, lady-bug wings to be worn, and a lot of laugher and singing to be done before he was allowed in to meet his bride. 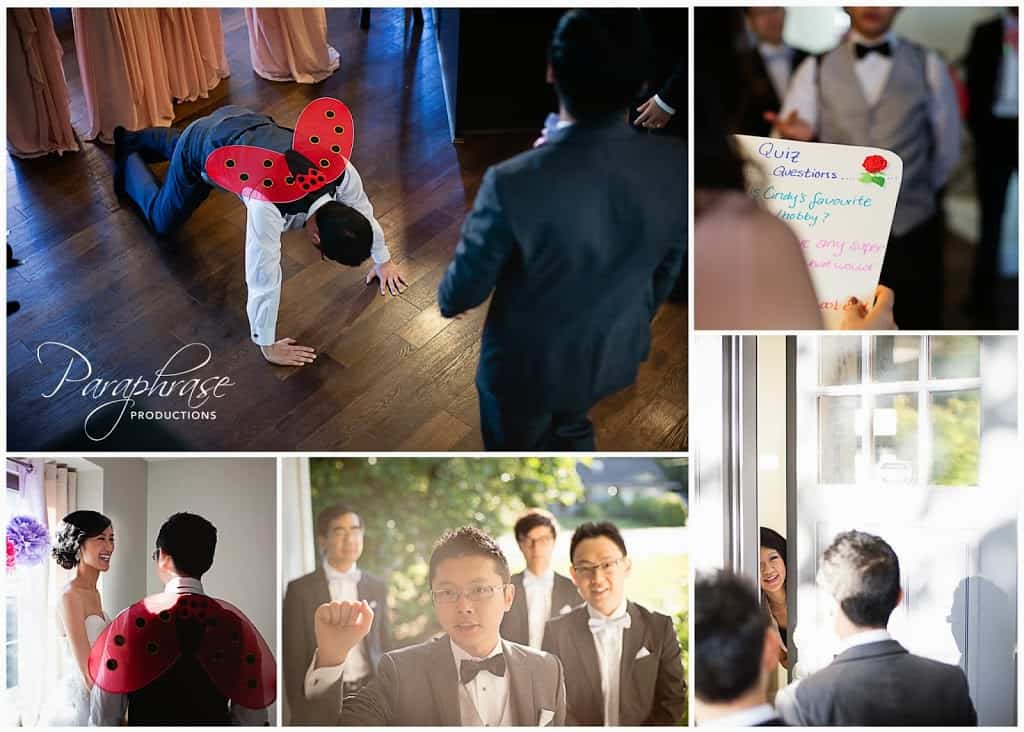 While all this was going on, us girls were working on the finishing touches.  The last of the jewelry and taking some time to document this AMAZING dress she had shipped over from Thailand.  This was just one of her three dress for the day, but it was hands-down my absolute favourite ever! 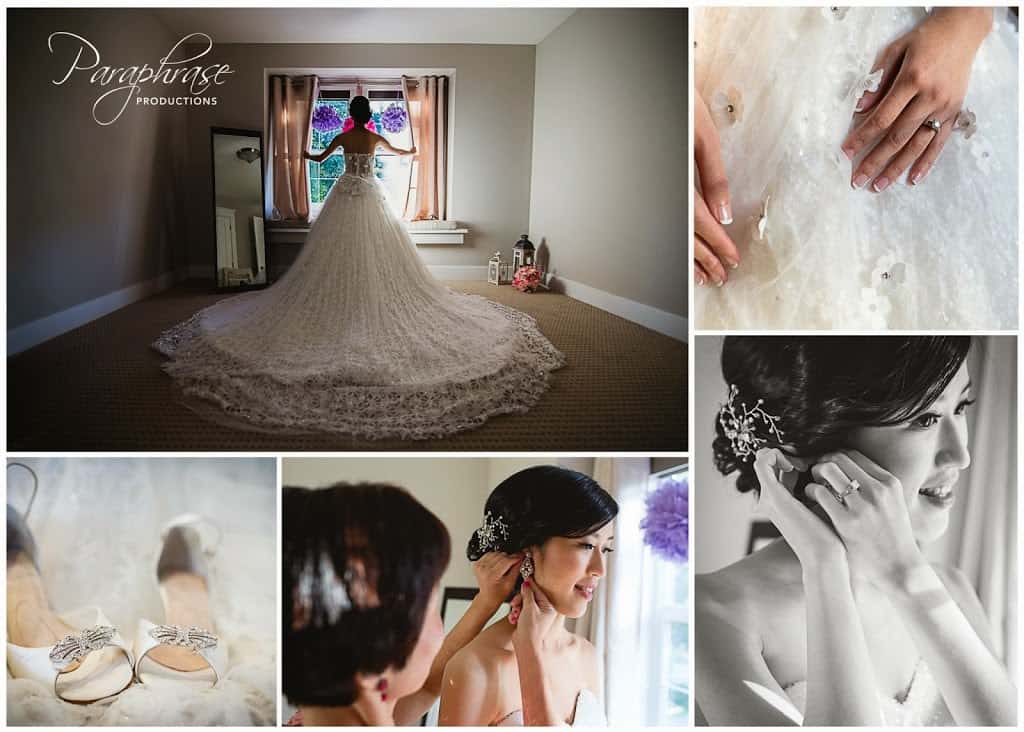 After that, we headed off to the ceremony location which was to be in a church nearby.

The couples filed in, and the poor flower girl featured above was so brave – for about three steps.  After that she abandoned her duties, burying her head in her father’s shoulder.  But this was quickly forgotten when the bride walked in on her father’s arm. 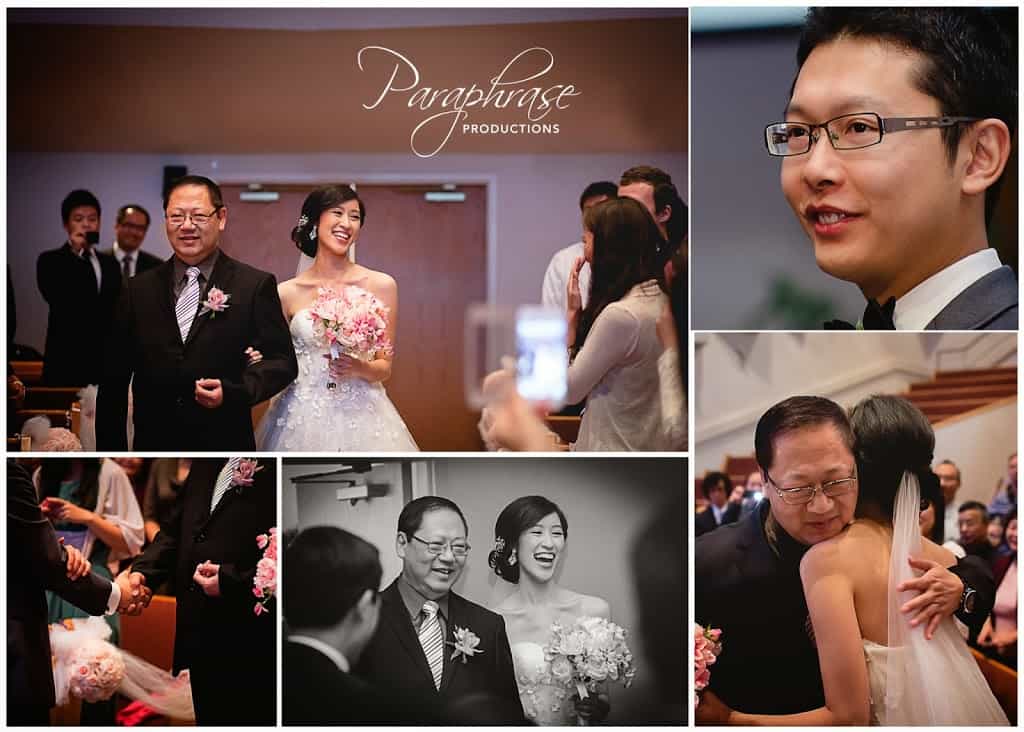 The ceremony was simple and sweet.  They worshipped and prayed together; exchanged looks, smiles and vows; and officially began their new life as a couple. 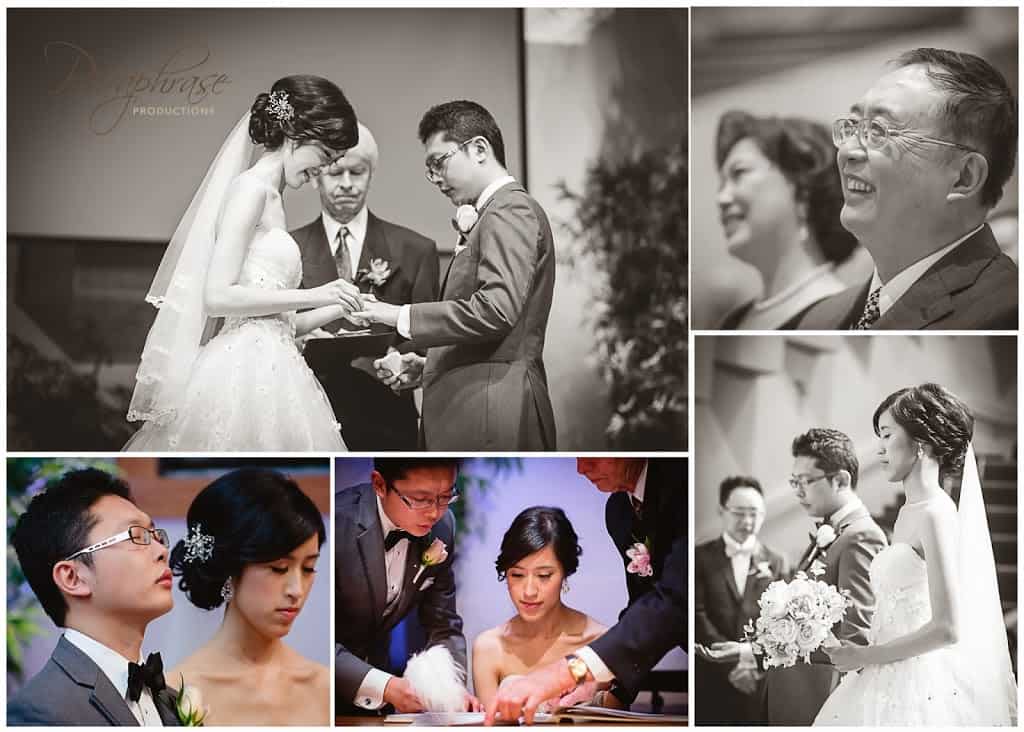 The joy on their faces after they were pronounced husband and wife just radiated throughout the day: 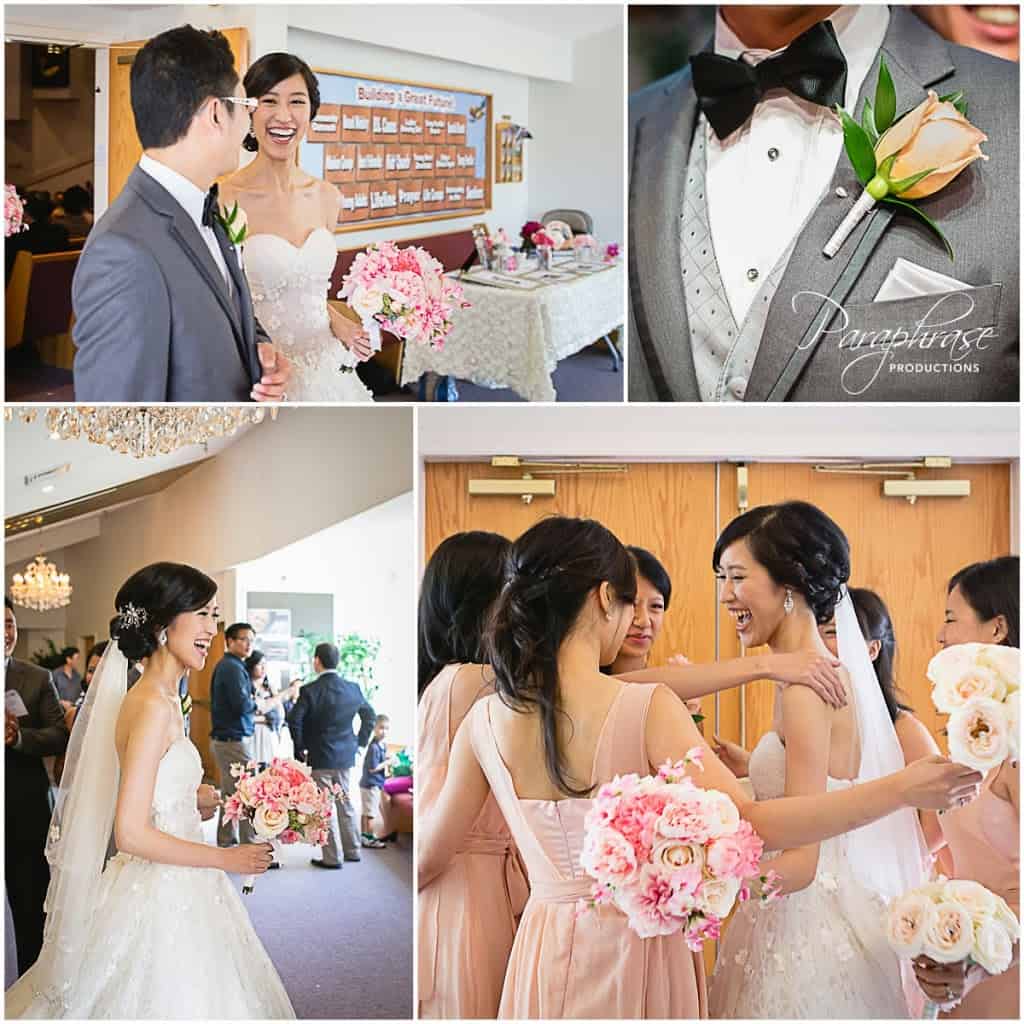 We left them to their rejoicing and headed over to the reception location to get a few shots before everyone started to file in: 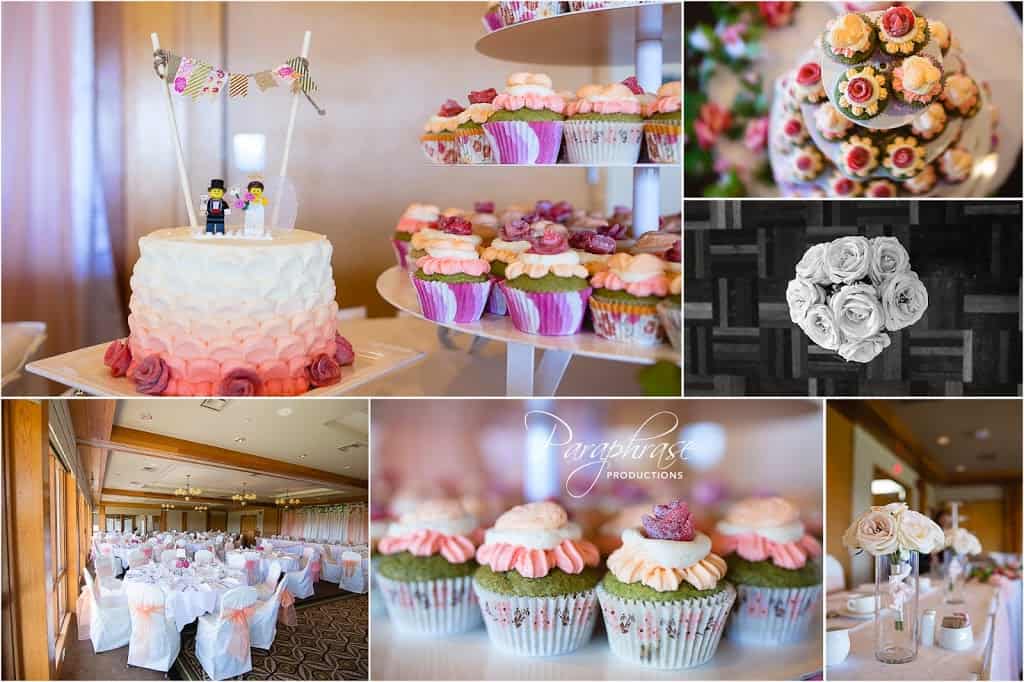 In order to get the couple to kiss, you had to perform a song or tell a story.  There might have even been some interpretive dancing throughout the day!  But this couple knew what was what, and always rewarded you handsomely for your efforts.  None of that little peck on the cheek stuff for these guys 😉

There was the usual speeches, cake cutting, dancing and toasting.  However, this couple hit it out of the park with their first dance.  It started out innocently enough with a slow dance, but then transformed into an entire performance of swings, and dips, and choreographed moves.  They even did the robot at one point! 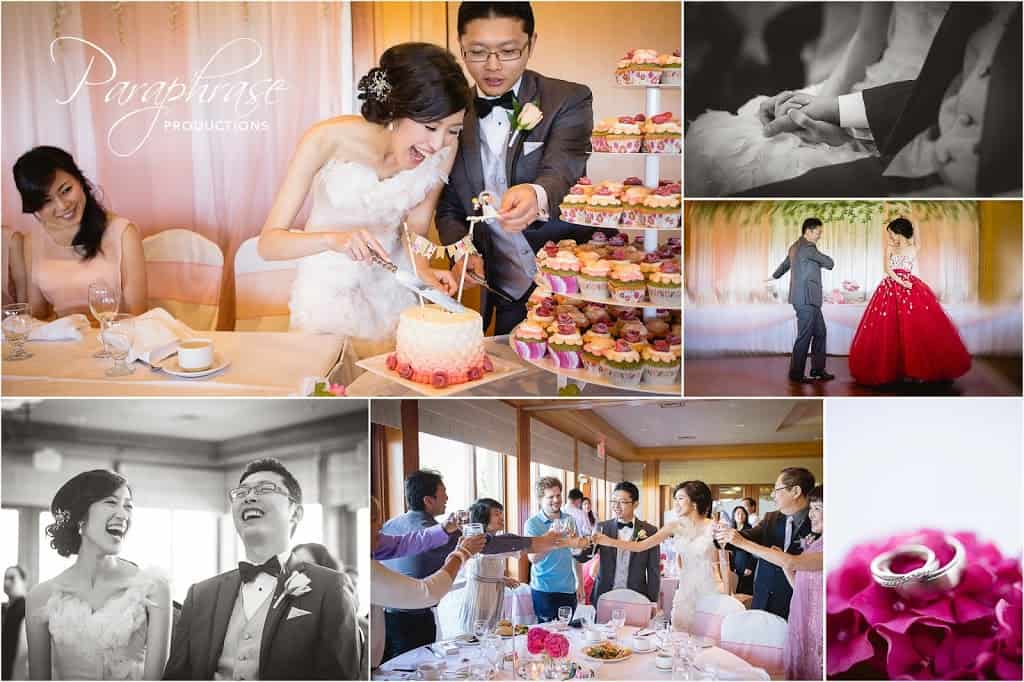 After the reception ended around 4:30pm, we headed out for some quick shots outside on the grounds.  I loved that we could do their shoot afterwards instead of in the middle of the day as the light was perfect 🙂 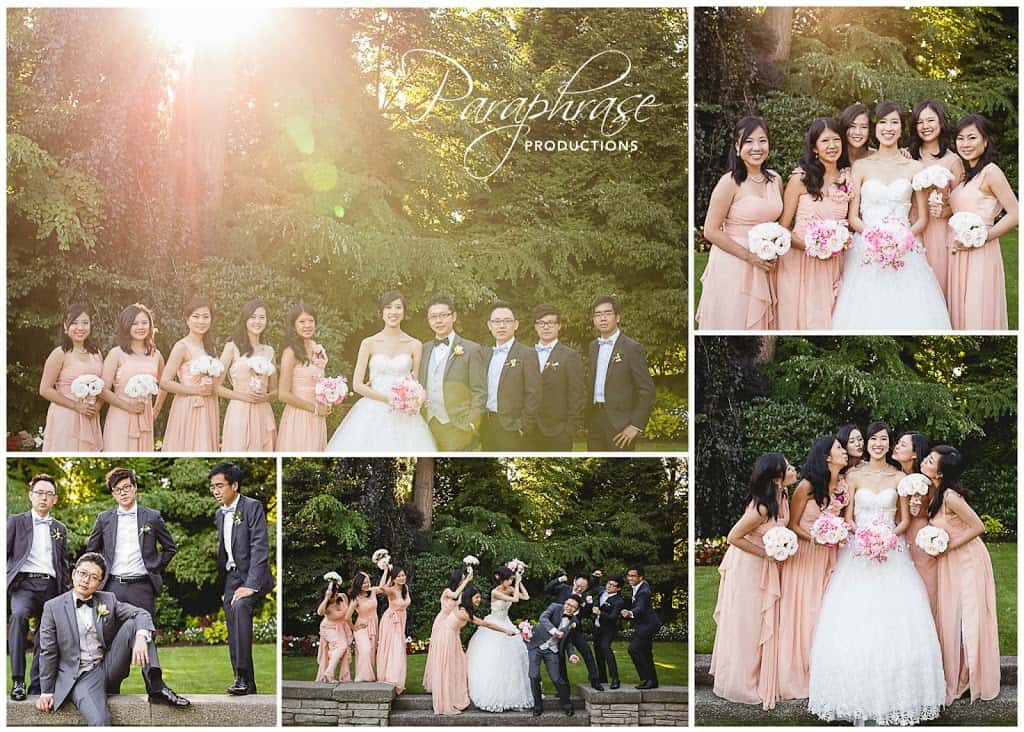 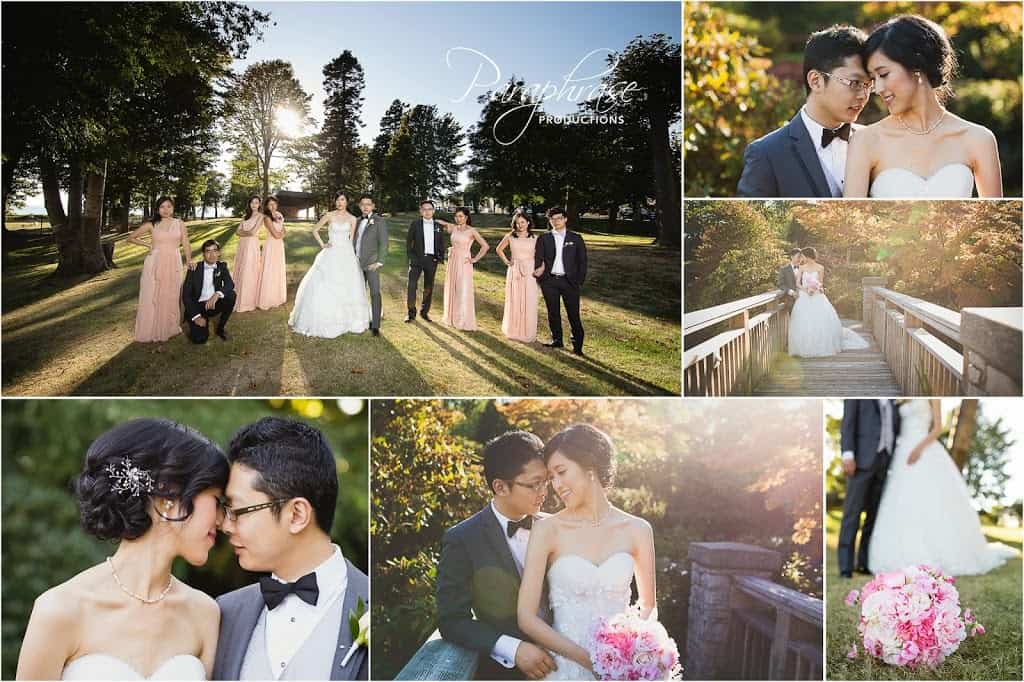 We headed down for a few last shots at the beach a short drive away, and then called it a night 🙂 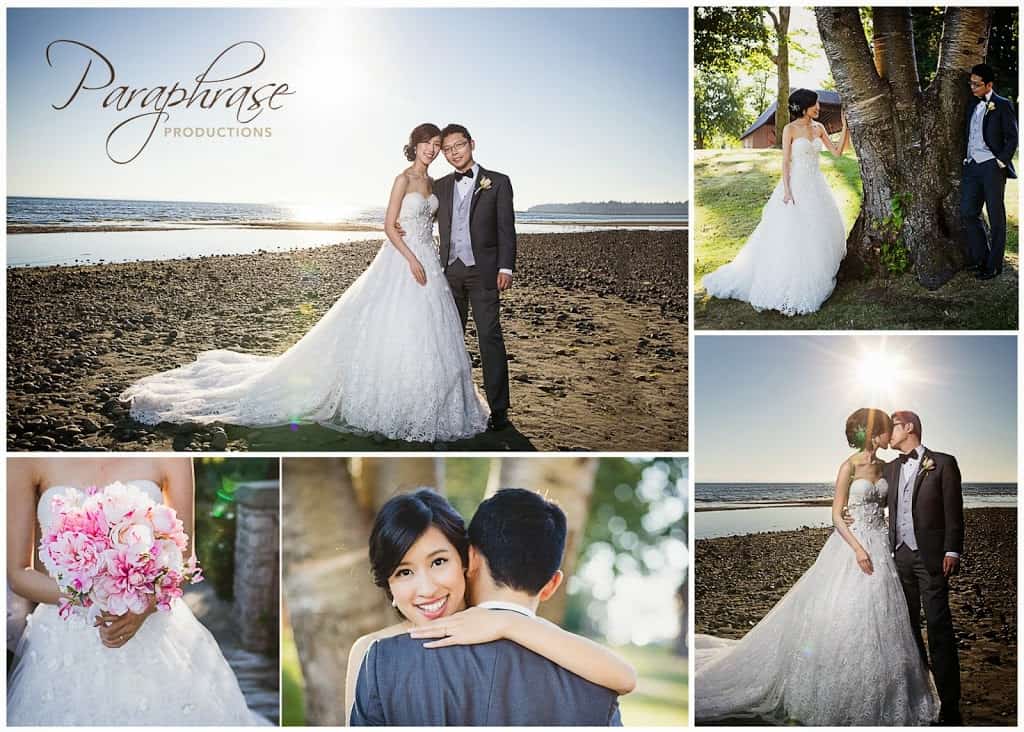 If you want to see a few more photos from this wedding, or photos from other weddings this Summer, you can head on over to the business page on Facebook 🙂