Once upon a time two people met, fell in love, and became Mr. & Mrs. Maksymchuk. 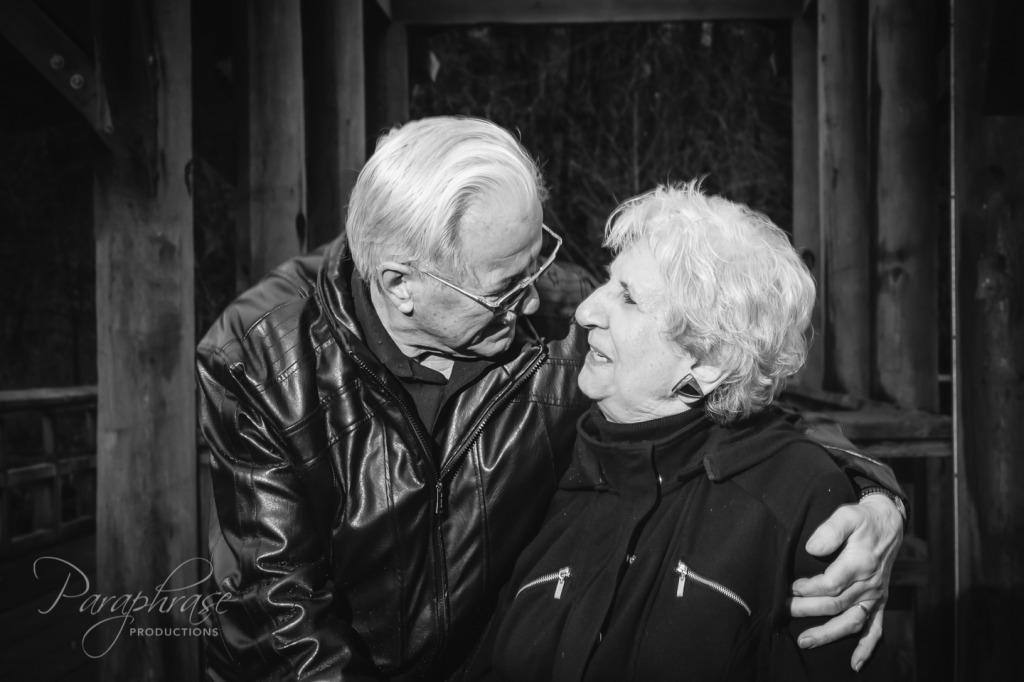 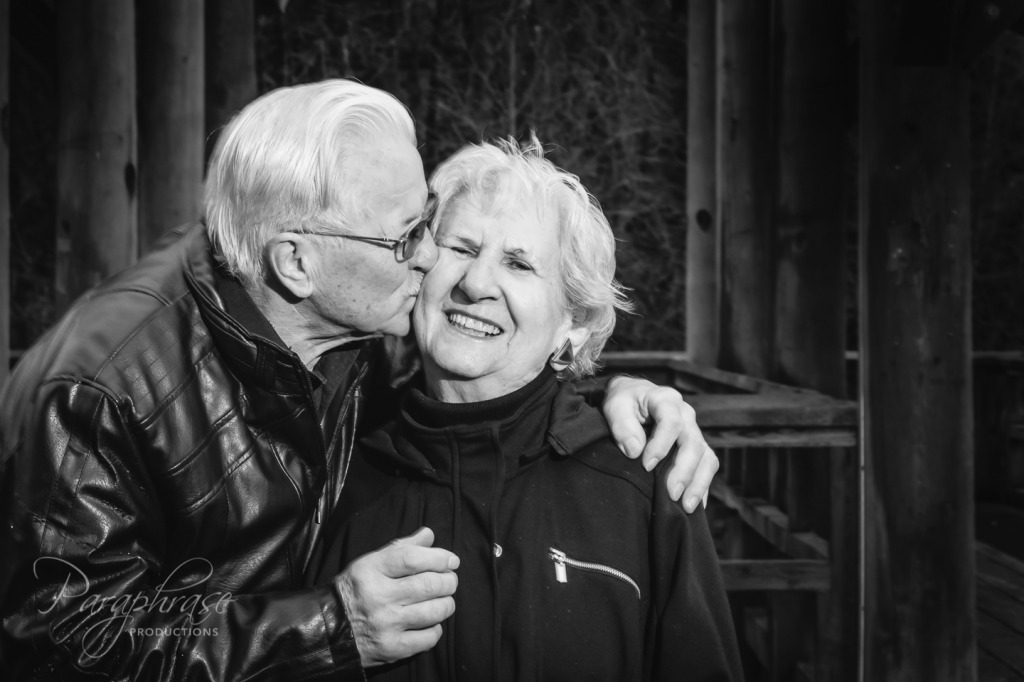 These two people, in turn, created two more beautiful people – their daughters.  The youngest daughter grew up and became a Snair and followed suit with two sons of her own. 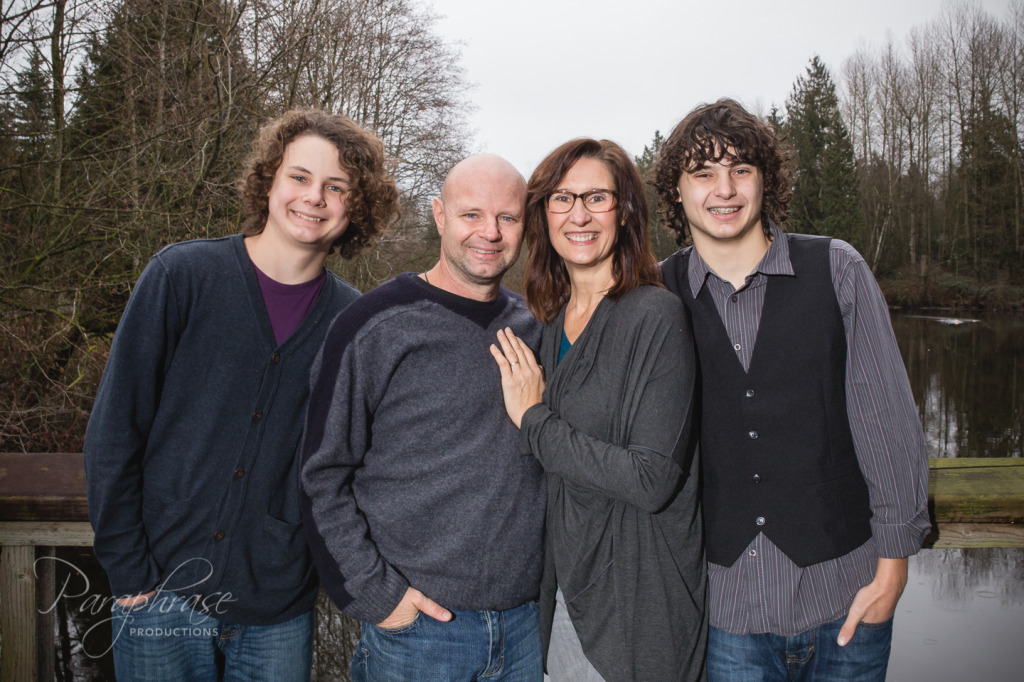 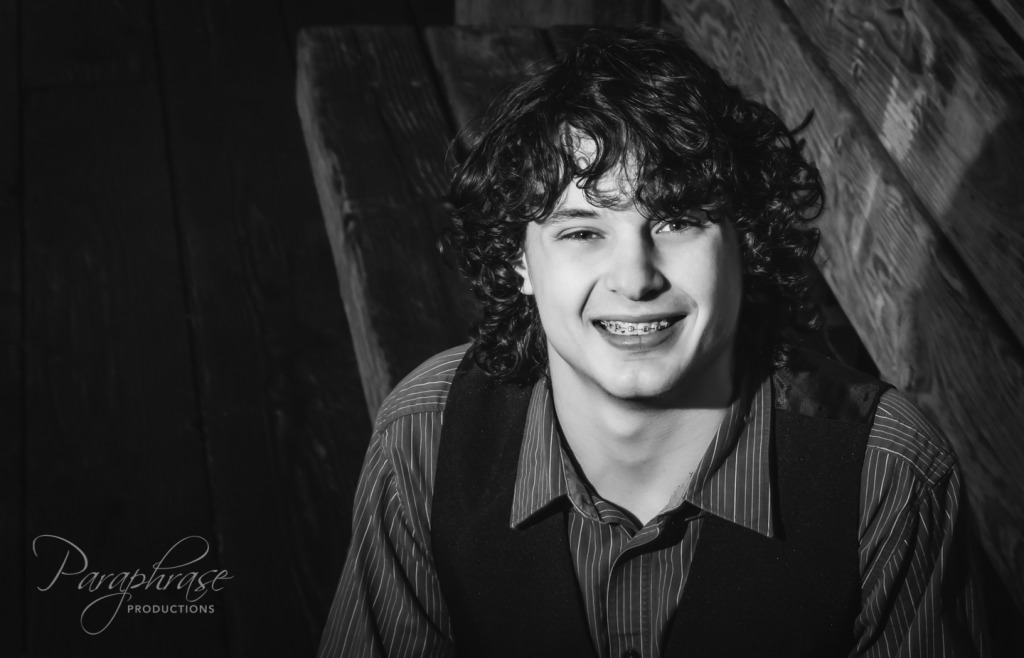 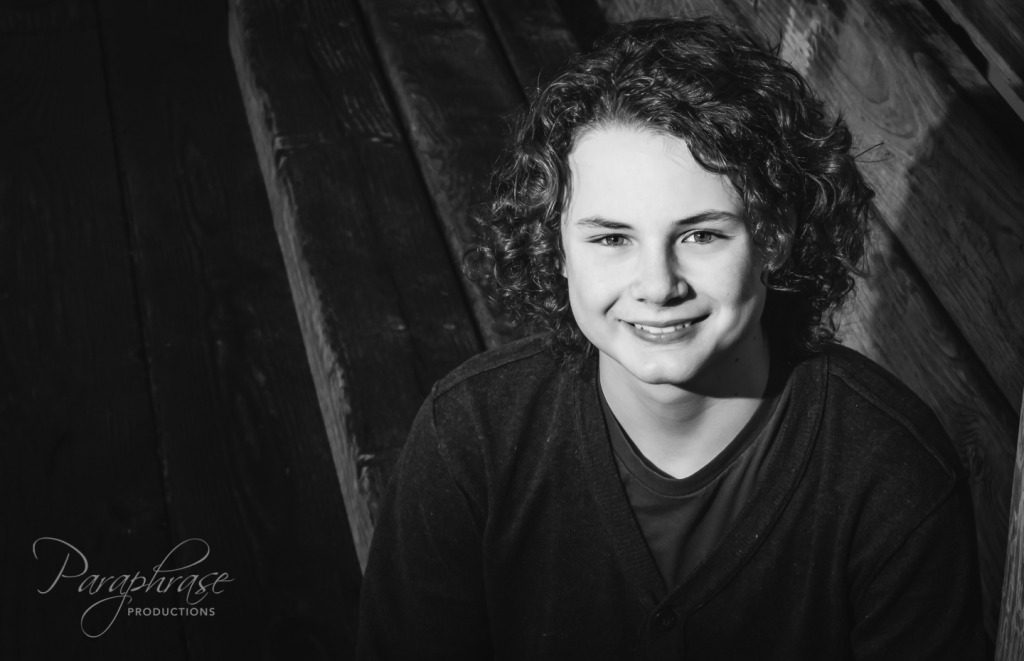 And of course, we can’t be playing with off-camera lighting and two teenage boys without just a little bit of fun: 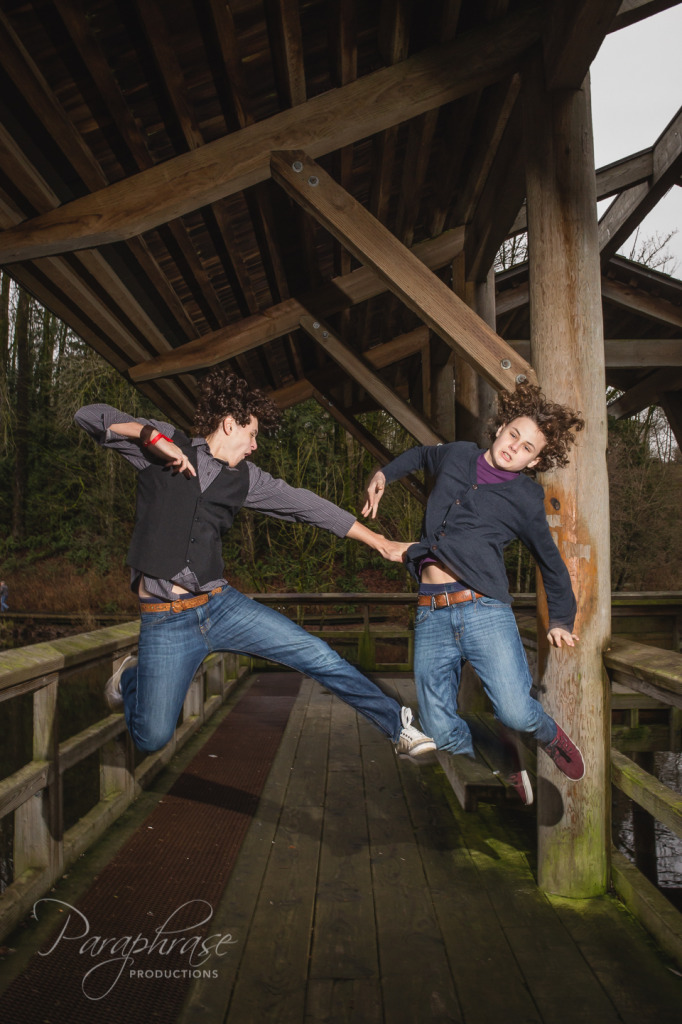 The eldest daughter, however, grew up, married, and had five children of her own – the eldest boy of whom I am particularly partial to 😉 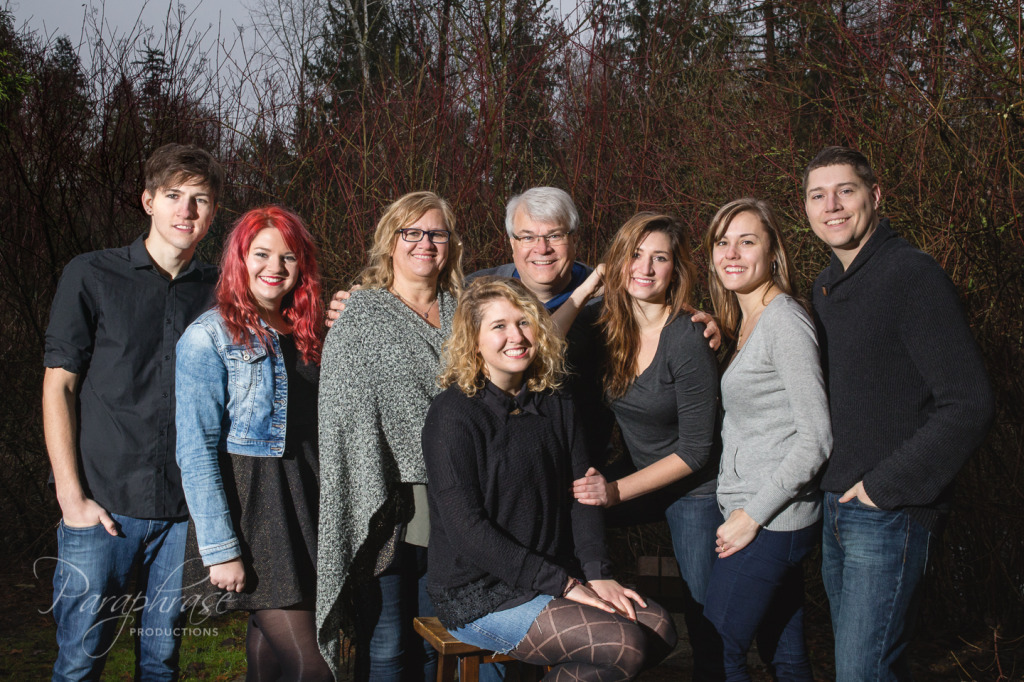 Youngest to oldest – yes, sadly I am the oldest: 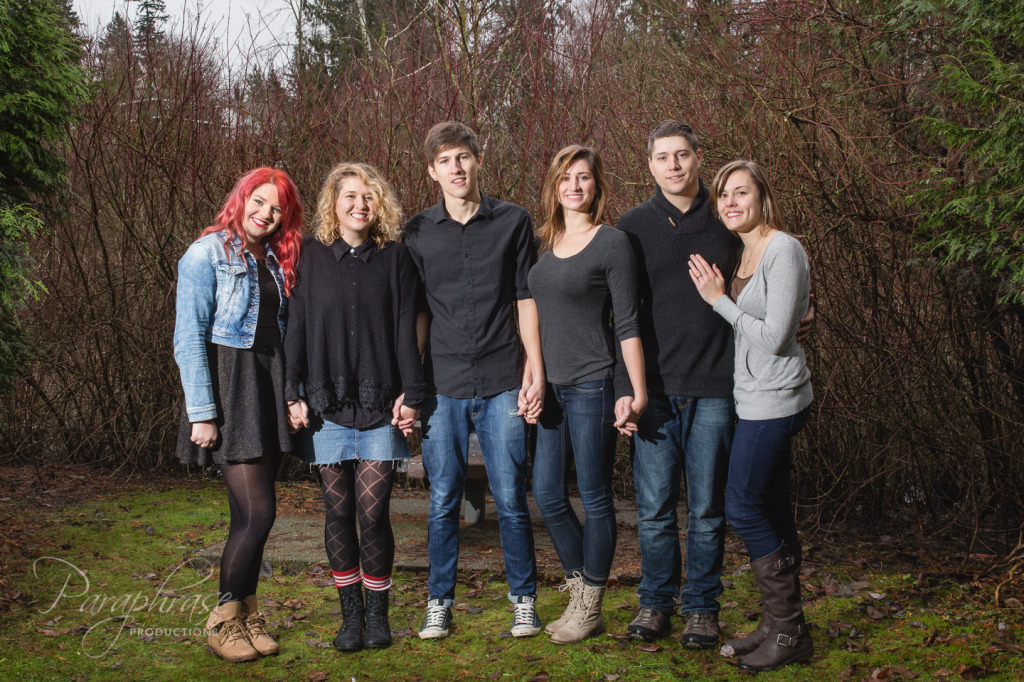 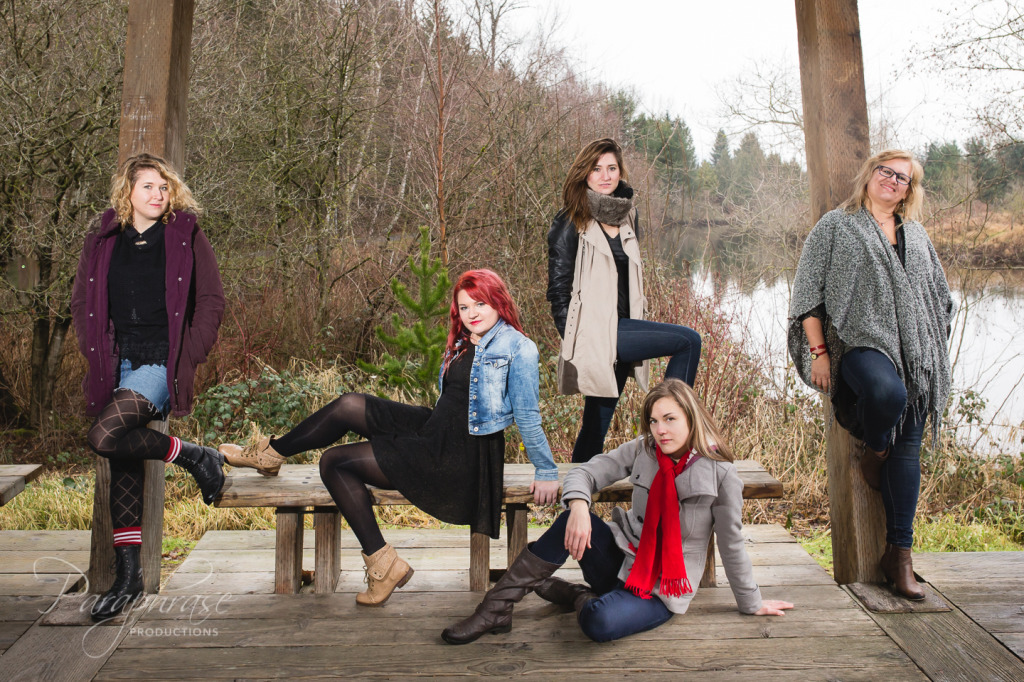 And in a family where not one, not two, not three, not four, not five, but all SIX children are in the arts – head shots were a must for everybody.  Not ideal out in the woods vs. in a studio, but we made do with what we had: 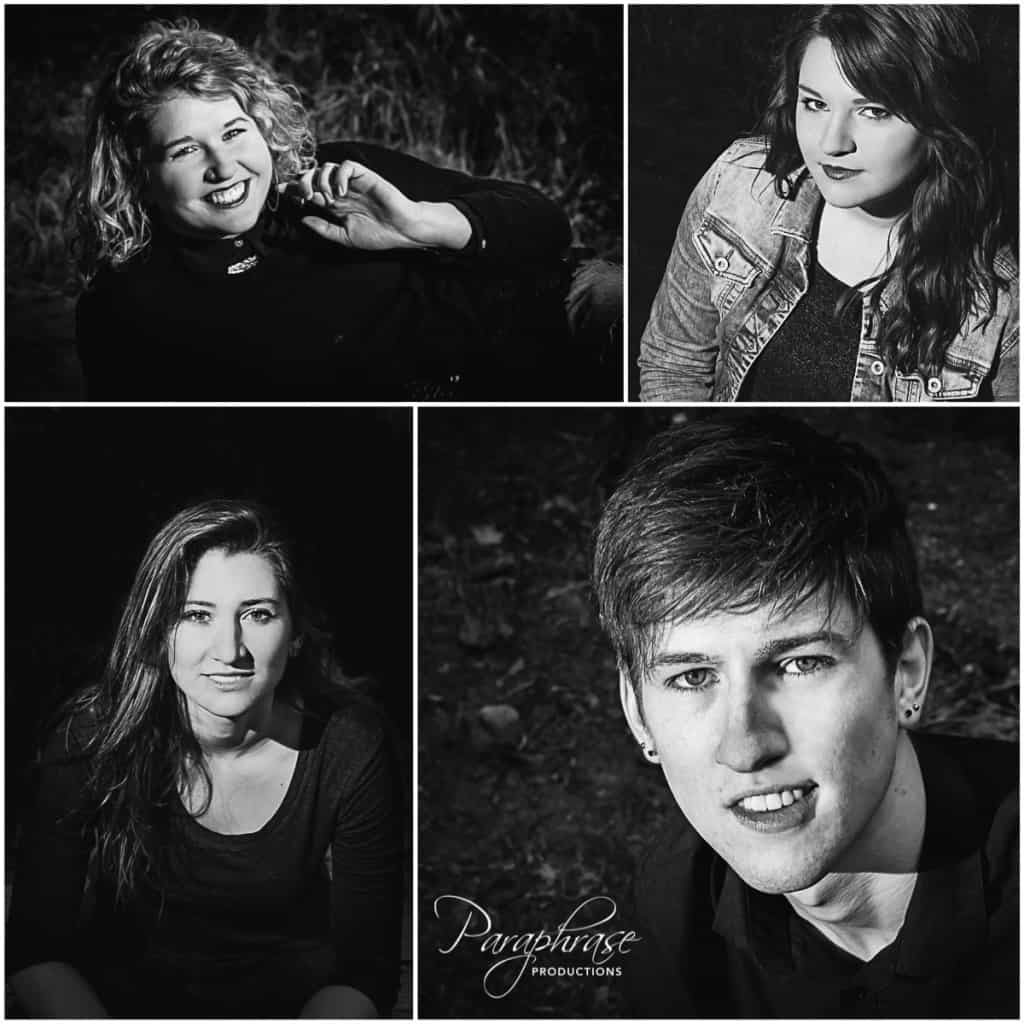 And finally, ones of the whole gang: 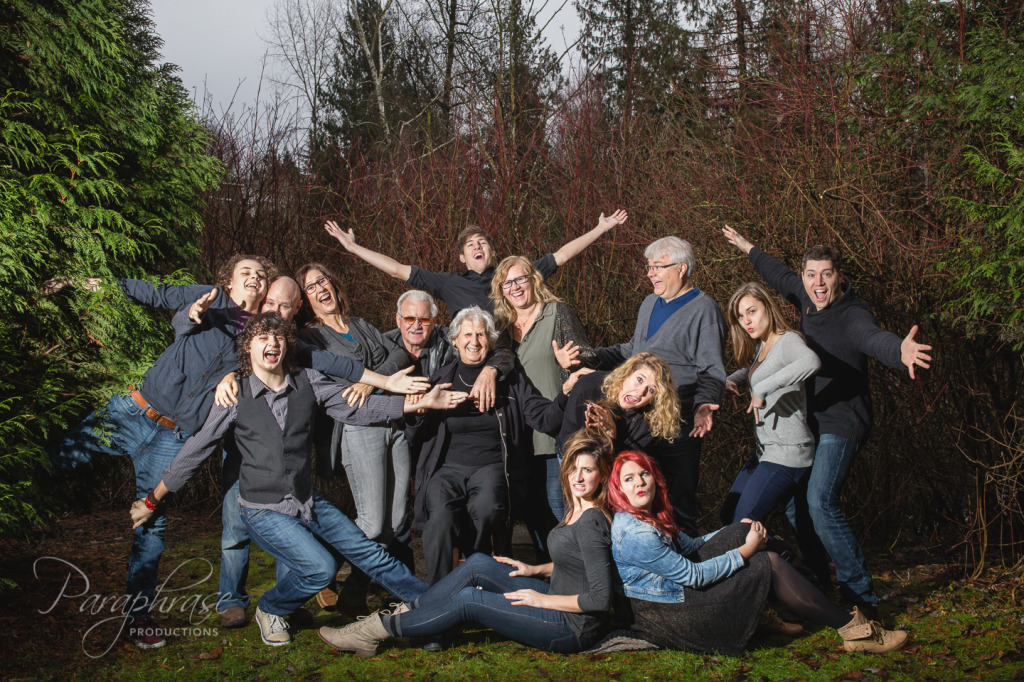 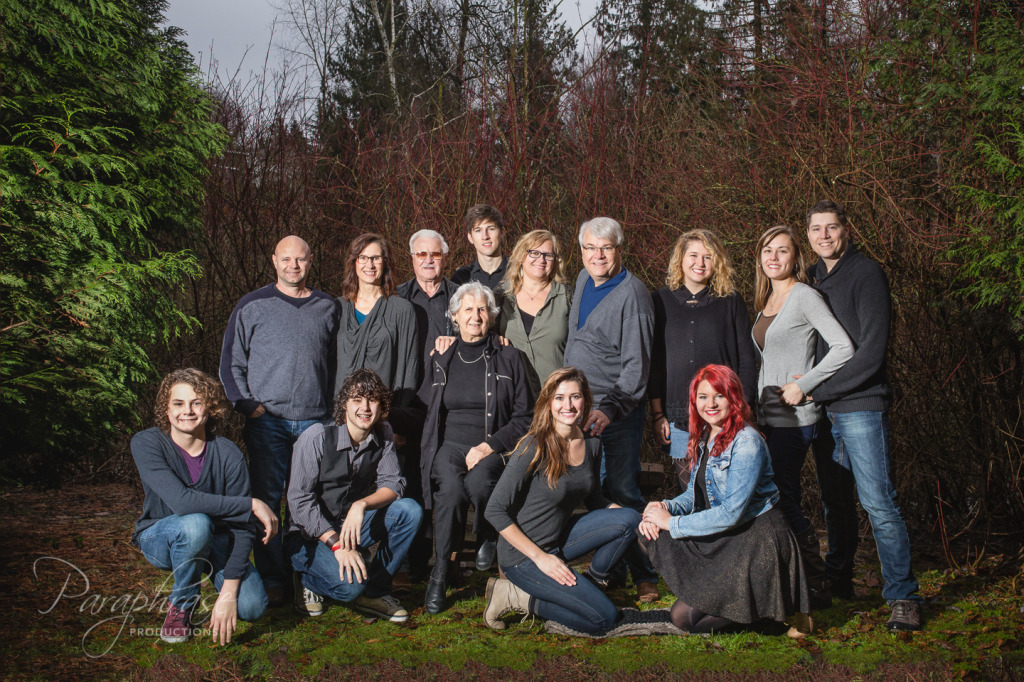 And for my photography friends that always tell me they like to know the “behind the scenes” stuff – THIS is why we used off-camera lighting for every single picture in this shoot (see below).  Rainy, overcast, and surrounded by trees = a natural light nightmare.  Blown highlights on everyone’s skin, underexposed shadows, and deep caves where our eyes were.  Yuck.  I chose to make life a little difficult for myself by shooting with a single bare flash, and would have preferred to have a modifier one it and a second fill light, but the difference even with that was huge, as I’m sure you can see!  The other advantage?  Being able to close down to F10 or higher so no one fell out of the depth of field no matter how crazy the group’s antics got! 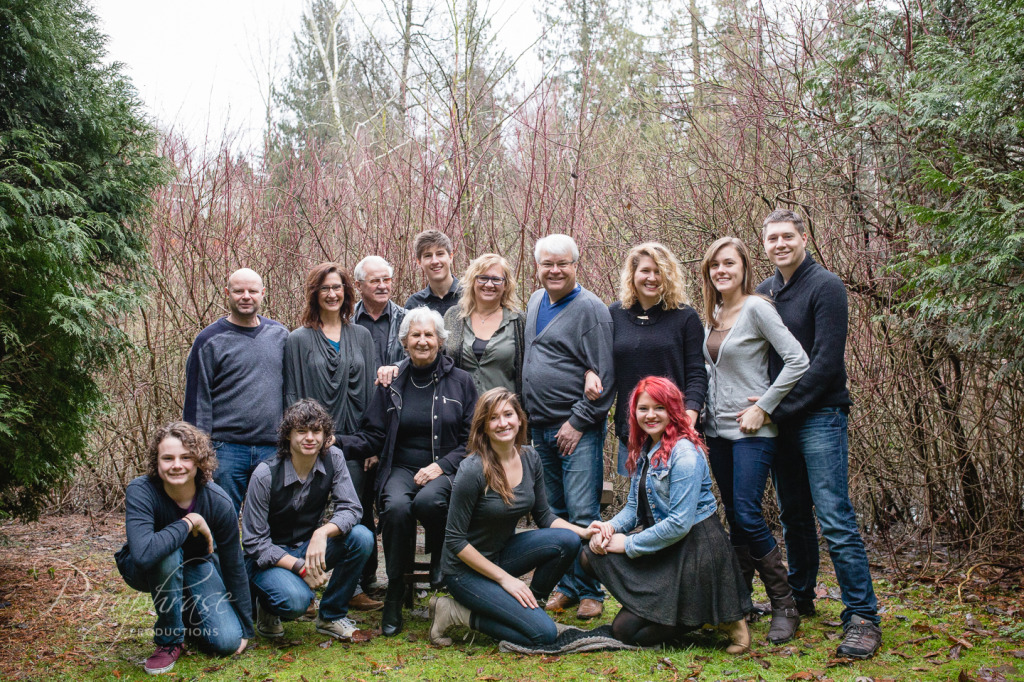