160 CONSECUTIVE days of shooting and not a single miss so far! 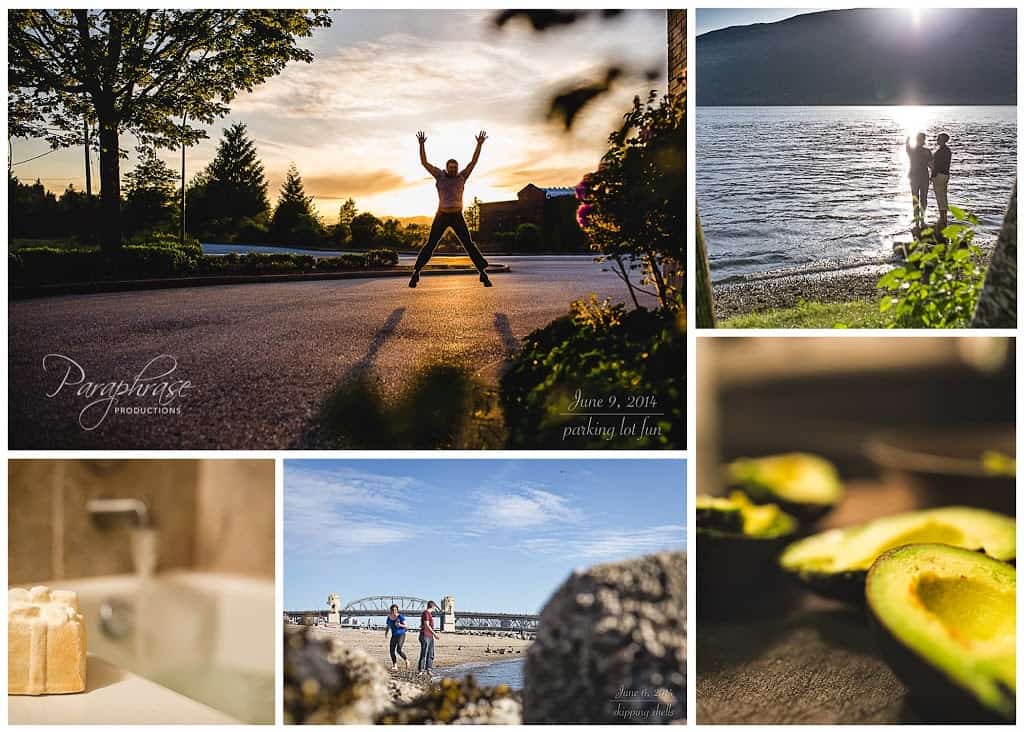 Thursday, June 5, I had the evening and house to myself after my last piano student, so a relaxing bath was in order.  I usually get bored in the bath, so I drag in a stool and my computer.  However, after the mysterious “water damage” I had to deal with, I’ve been a lot more careful as of late!

Friday, June 6, Nick’s sister Stevie was in town and we had a great evening with her.

Saturday, June 7, was a day with more family at the lake, which I blogged about here.

Sunday, June 8, was a catch-up-on-sleep day for me.  (No, seriously, I didn’t get up til 2:30pm).  Nick spent the day on a film set, and I spent the afternoon/evening editing photos and cleaning/organizing the house.  We ended up having “guacamoles” for dinner around 10pm.  (We don’t call them avocados anymore, and sometimes I forget that’s their real name!).  Yes, guacamole, salsa and chips counts as an actual planned meal around here, and is often requested!

Monday, June 9, it felt good to be back to a normal routine day after a couple days of visiting people.  I’m such a creature of habit.  After too much change, I crave my routine no matter how boring it is.  Monday was a day at the office, followed by a handful of students, followed by a quick trip to the grocery store for chicken wings (my favourite food group).  Nick was reluctant to pose for me at first.  That is until he forgot his wallet at home and didn’t realize until right at the checkout.  To make up for almost 30 minutes of waiting for him to go and fetch it, not only was he more than willing to pose for me (to make me slightly less annoyed), but he even came up with the idea of jumping against the sunset for me 🙂

And that’s the last 5 days in a nutshell!  The project continues!