I’ve been a little absent lately online.  The end of July proved to be a bit busier than expected.  A few more piano students popping in for summer lessons, a heavier workload at the office, and a lot more photography gigs than anticipated, and way too many late nights.  All mostly good things.  Just busy things.  But we still managed to carve out time for each other – just not for blogging, etc. as well 🙂
Friday, July 18th, I actually don’t remember what I was doing.  I do know it was probably a late night due to the photo that I took below, haha. 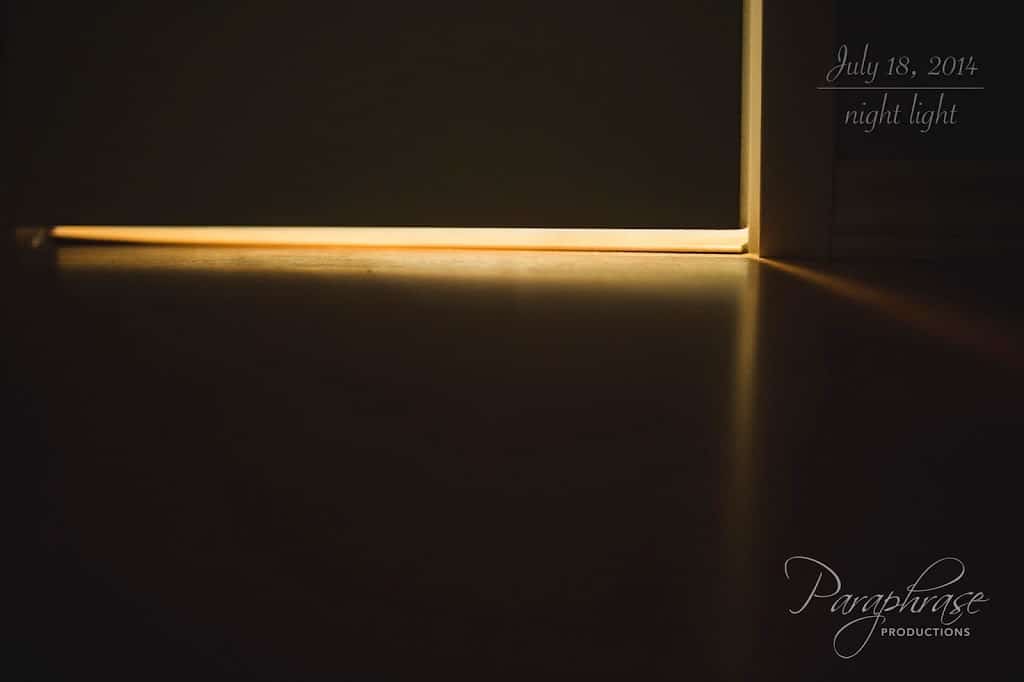 Saturday, July 19th, I was shooting the 3rd wedding of my internship that I’m working on.  It was a gorgeous wedding with gorgeous locations.  However, I can’t share any of the photos as I don’t own them.  So I remembered to grab a shot during the day just for me and this project: 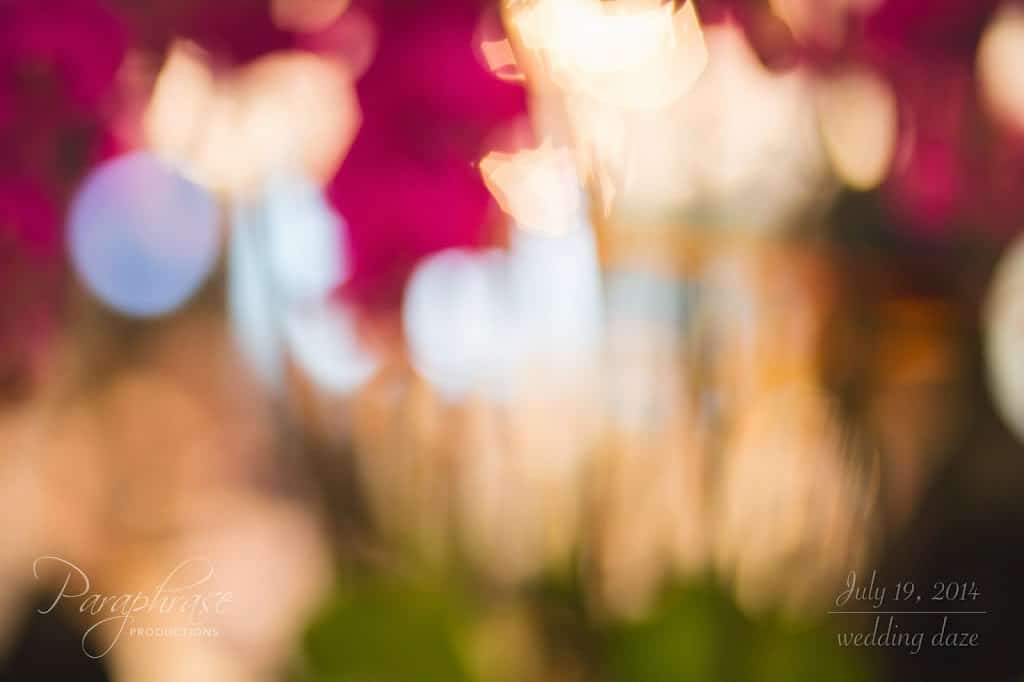 Sunday, July 20th, Nick and I spent the afternoon and evening together relaxing and even made a snack run to 7-11 for some goodies.  Well, HE made the snack run.  I stayed home and worked on some photos while I waited 🙂 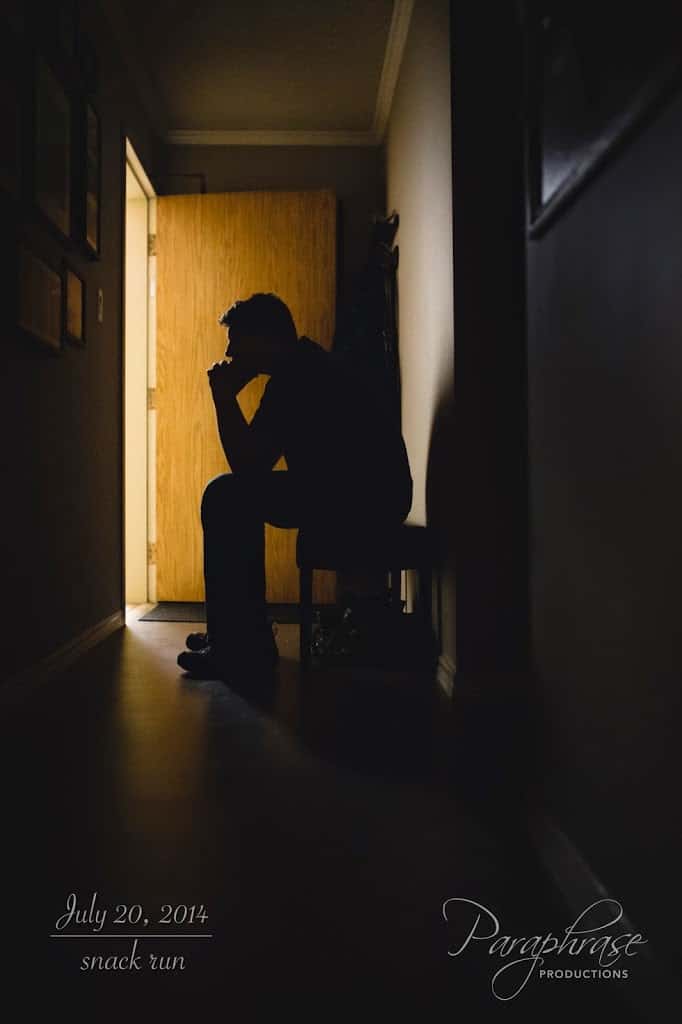 Monday, July 21st, I had the night off from teaching piano due to my summer students this day being on holidays.  Nick was out working and I was just left bumping around in the empty apartment by myself.  Not that I mind the odd relaxing evening to catch up on editing 🙂  Whenever we work a wedding, we always save the table favours for each other.  This results in a number of cute boxes, bags, ribbons, and candy floating around the house between April and September! 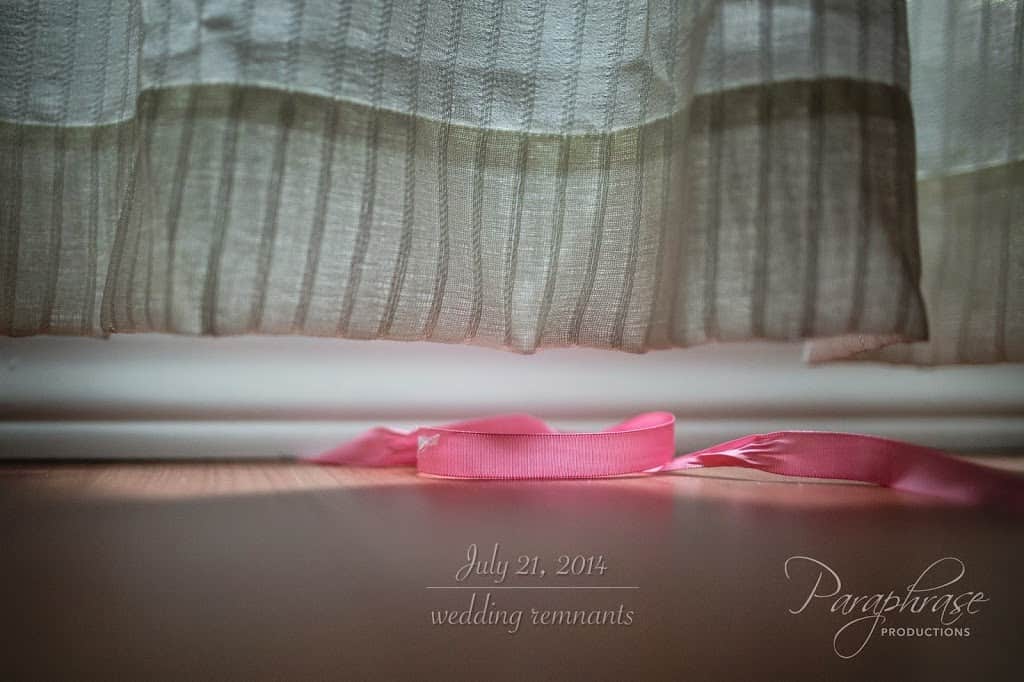 Tuesday, July 22nd, Nick and I carved out some more time to just be together after my last student of the night went home.  We’re really enjoying the slower pace this year.  I know that may seem like a weird thing because we’re always so busy, but trust me – 2013 was way busier.  Too busy.  2014 has been a walk in the park by comparison and we’re loving it.  If you don’t know what I’m talking about you can read the journey HERE and HERE. 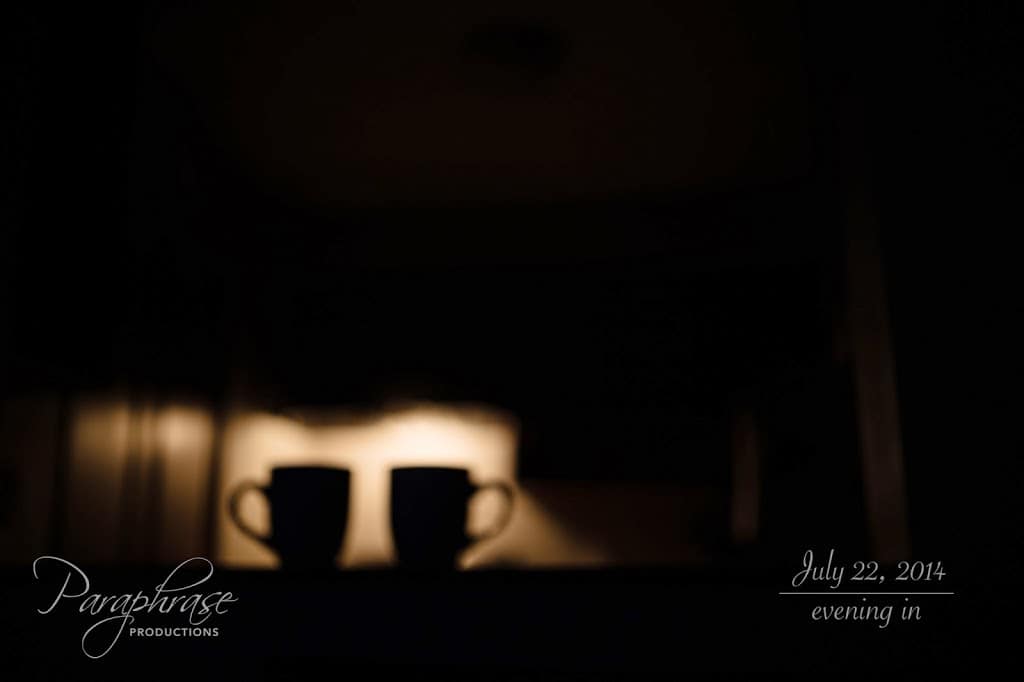 Wednesday, July 23rd, Nick texted me at work to tell me a package had arrived for me from England!  At first I thought it must be a mistake and we had received someone else’s mail.  Then he sent me a picture of the return name/address and I realized an old friend from Bible college (12 years ago!) had sent me something out of the blue!  Much to Nick’s annoyance, I’m sure, I made him wait until I got home to open it.  Turns out it was a belated birthday present!  I’ve never received a care package before.  I used to watch the kids at college receive them and be jealous.  So now I have received my very first one full of all kinds of goodies!  I was feeling kind of blue and tired that day, and it was beyond the perfect pick-me-up! 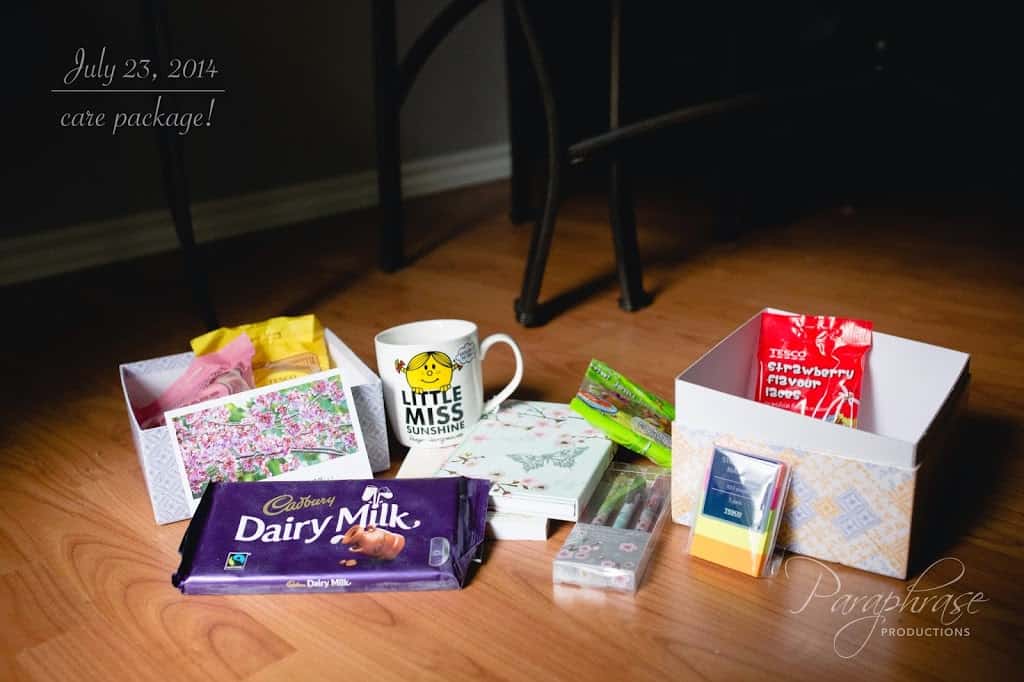 Thursday, July 24th, I finally managed to coordinate with Nick to pull out our massive back-up drive.  Everything that I have shot this full year is in one and only one place – a small hard-drive that I lug around in my backpack most of the time.  This makes me nervous.  The fact that the 4-hour transfer failed in the middle of the night and I still have all my photos in only ONE location also still makes me nervous, lol! 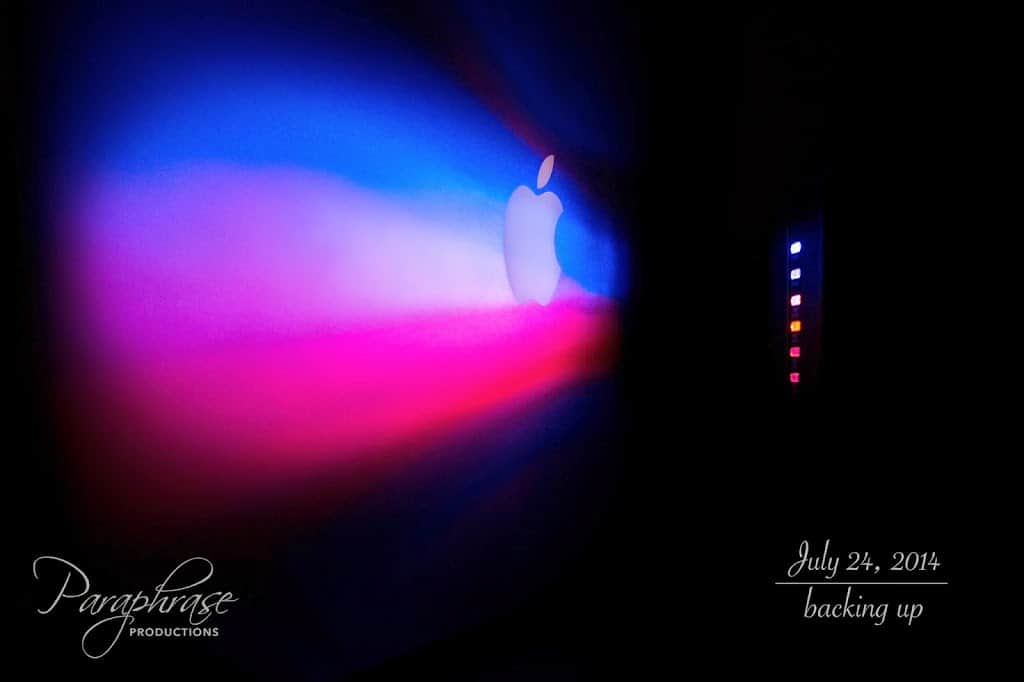 Friday, July 25th, after work and teaching, I headed out to Starbucks to meet up with some September wedding clients.  Nick was at a bachelor party for a friend of ours all evening so I figured it was the perfect night to meet with them.  I got back home around 9pm to find Nick in bed sick.  I made him some soup, grabbed a bowl of cheerios for myself, and we finished the evening with some House on Netflix.  (A show, I might add, that “I” found and started watching, but now that Nick watched an episode with me, I’m not allowed to watch it on my own anymore because he likes it too!) 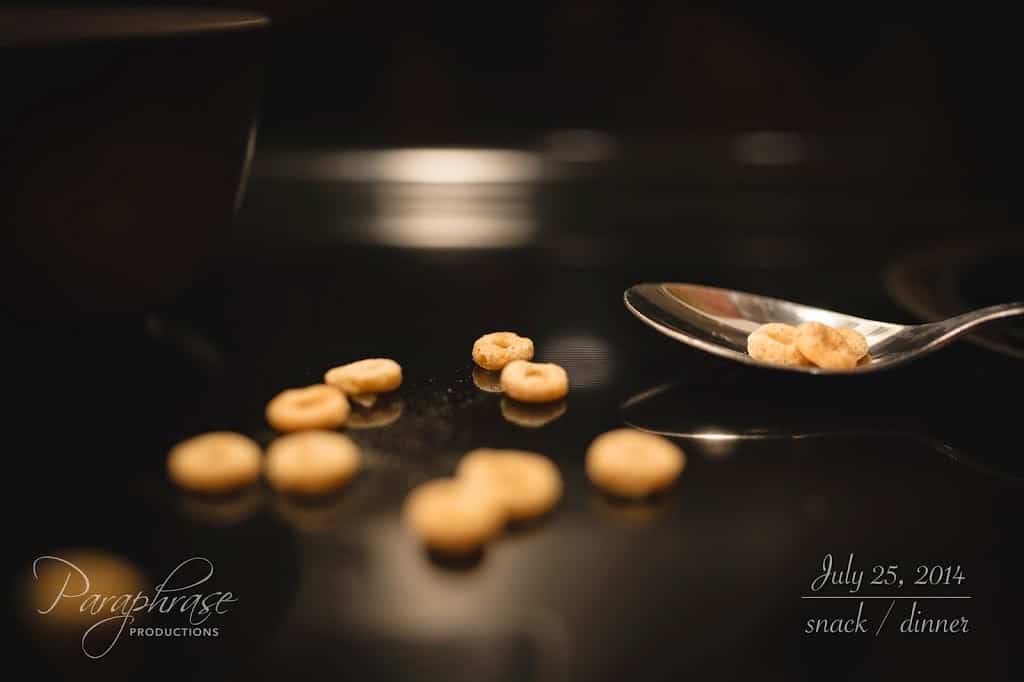 Saturday, July 26th, Nick and I both had weddings (though not the same one).  His was super early so he got the car, and I arranged a ride with the lead photographer on my wedding.  Again, I can’t use a photo from the day as my “daily” since I don’t own them, but I remembered to whip out my camera between locations and grab a shot for my project. 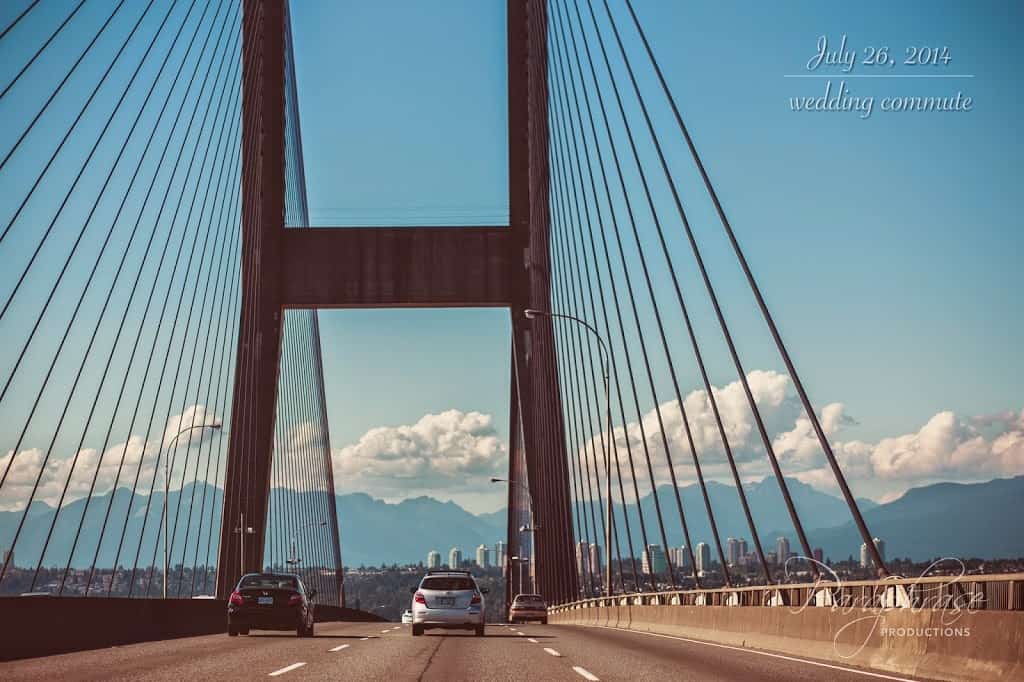 Sunday, July 27th, friends of ours were getting married.  Nick was hired to shoot the video so I went along with him early in the morning since the location was out of town and we only have one vehicle.  The hired photographer didn’t arrive until very late, though.  Late enough that everyone was getting really nervous, so I grabbed the camera from Nick and shot the getting ready portion for them.  He did show up in time to catch her putting on her dress, which was good.  After that I was also asked to cover the catering that evening as the bride’s brother-in-law ran the business and needed more material for his website.  So, it was “technically” supposed to be a day off for me, but I ended up doing two mini shoots anyways! 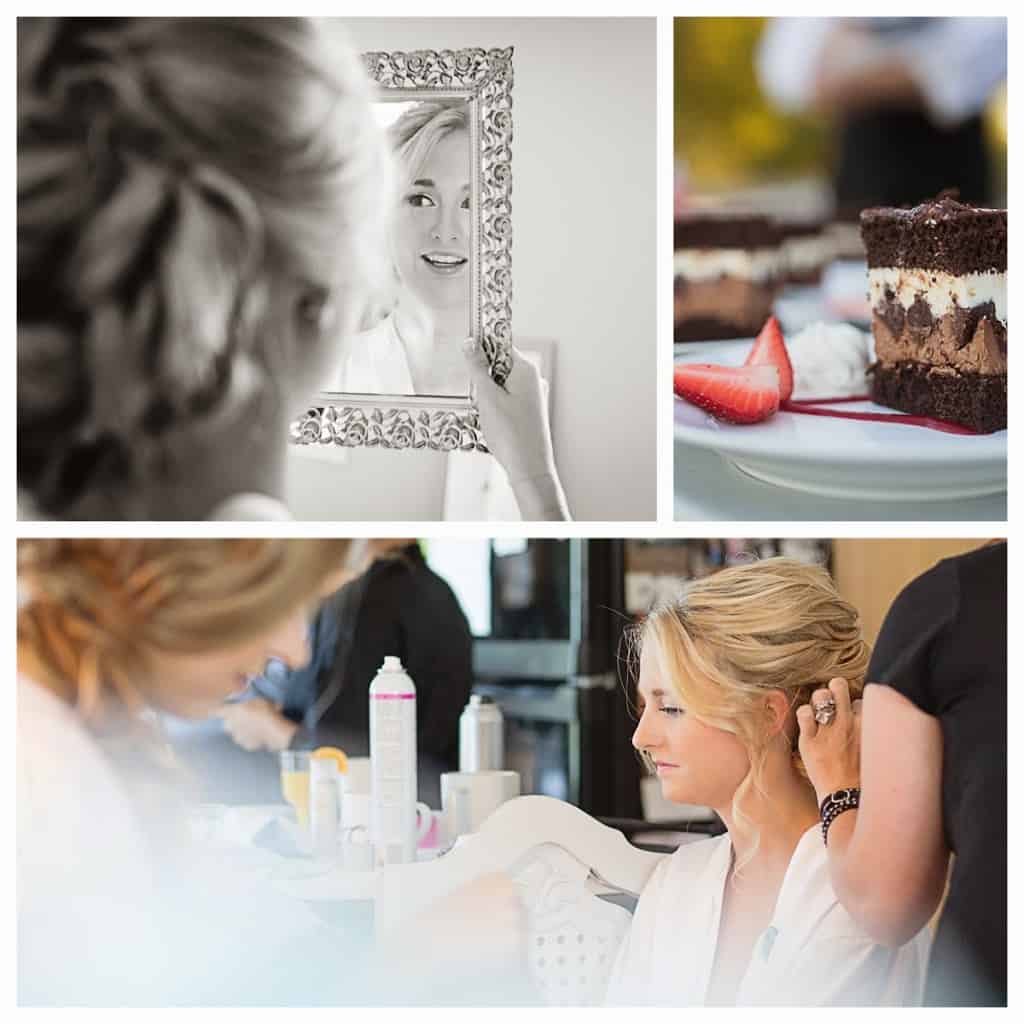 Monday, July 28th, we continued our tradition of spending a couple hours at night together after work watching House.  I paid severely for this by surviving on only around 5 hours of sleep a night all week and dealing with a massive weekend headache because of it, but it was worth it to have the time together.  And I knew that I was taking Friday off work, so it was only a four-day week to survive 🙂 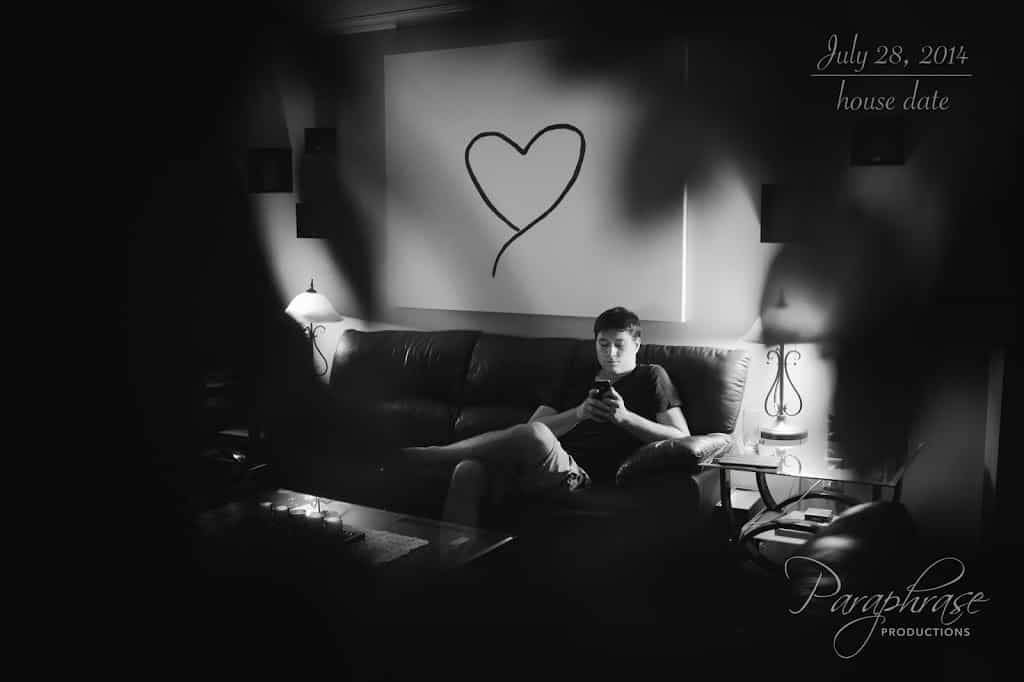 Tuesday, July 29th, Nick was amazing and went and bought groceries for us while I finished editing the catering photos from the weekend.  My foot has been giving me grief for about a week now because I didn’t wear proper shoes when shooting the Saturday wedding, so it much appreciated not having to go shopping. 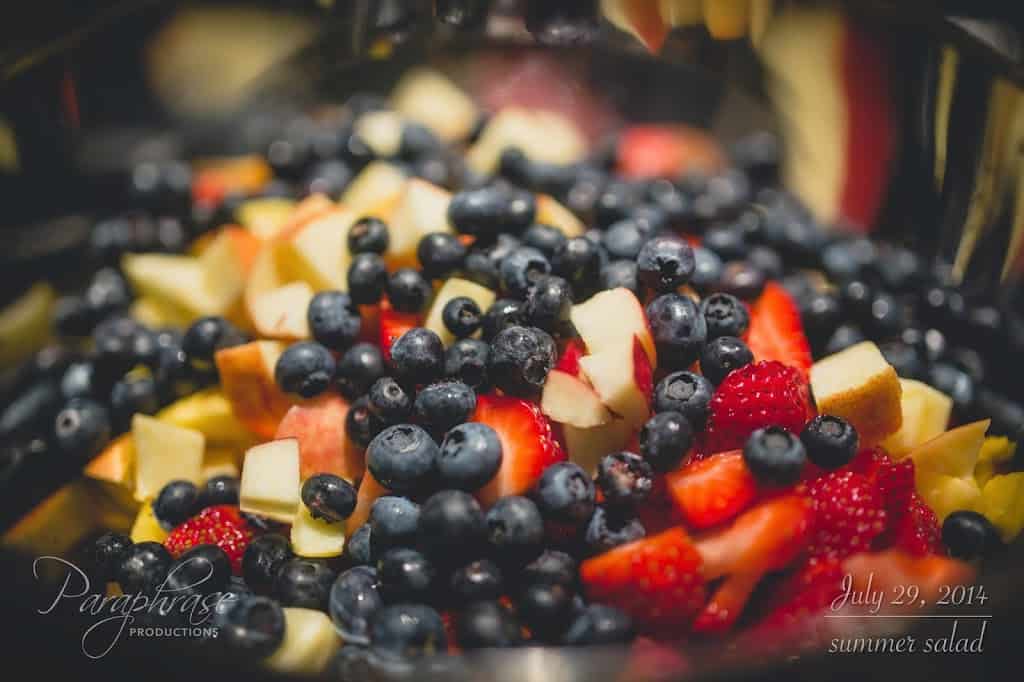 Now, I do actually have photos from July 30th – August 1st as well, but I don’t want to make these posts too long, so I’ll cut it off here and save those photos for a separate entry 🙂