Thursday, I had a request from an upcoming wedding to do some cool photos using sparklers.  I wanted to make sure I had ballpark camera settings ready, so I borrowed Nick for a quick test drive.  It’s hard to remain perfectly still and draw a heart in the air, so it isn’t perfect, but it’s still fun 🙂 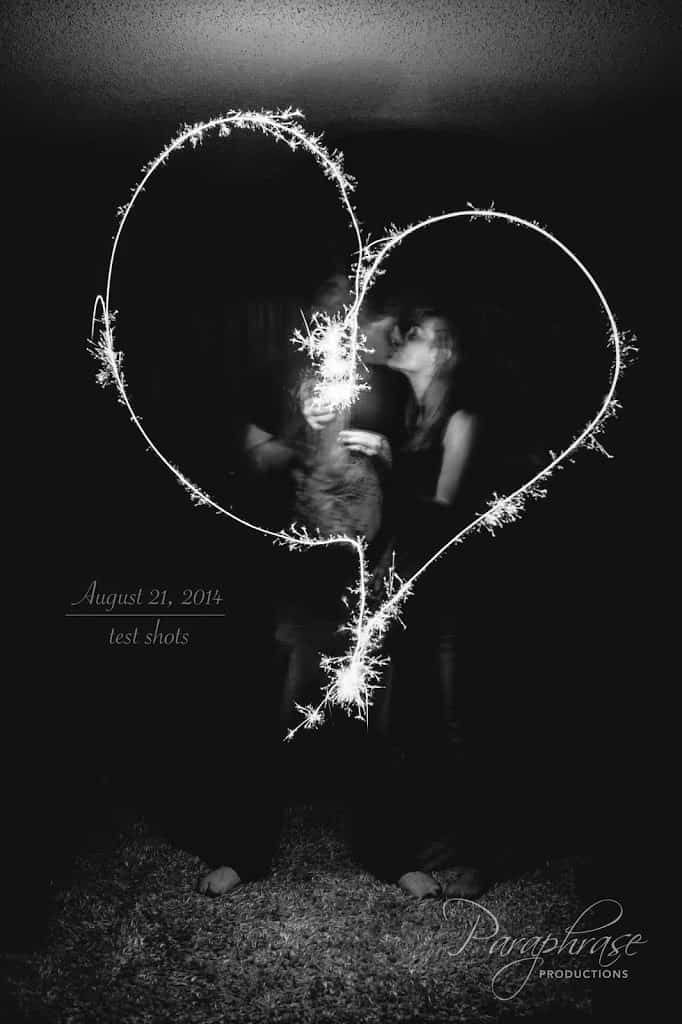 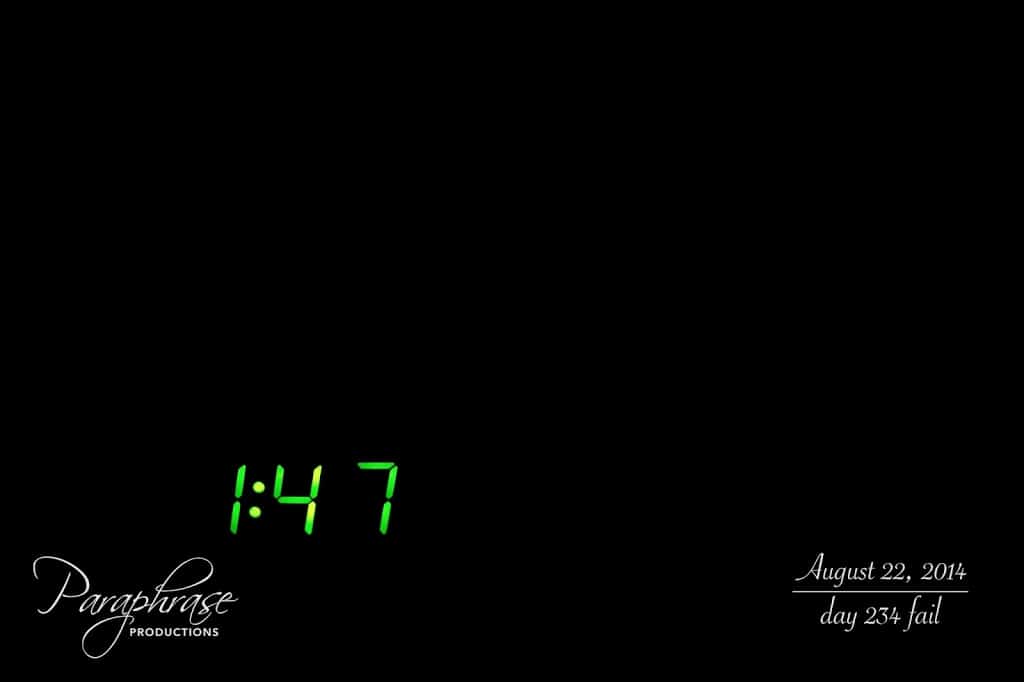 Saturday was day one of a multi-day wedding I was shooting.  I found out last minute that I wouldn’t be second shooting, but actually leading.  I was a little nervous, but it was a TON of fun.  I became good buddies with my second shooter and we’ve been texting all week about photo stuff.

It also helps that the bride was ridiculously pretty! 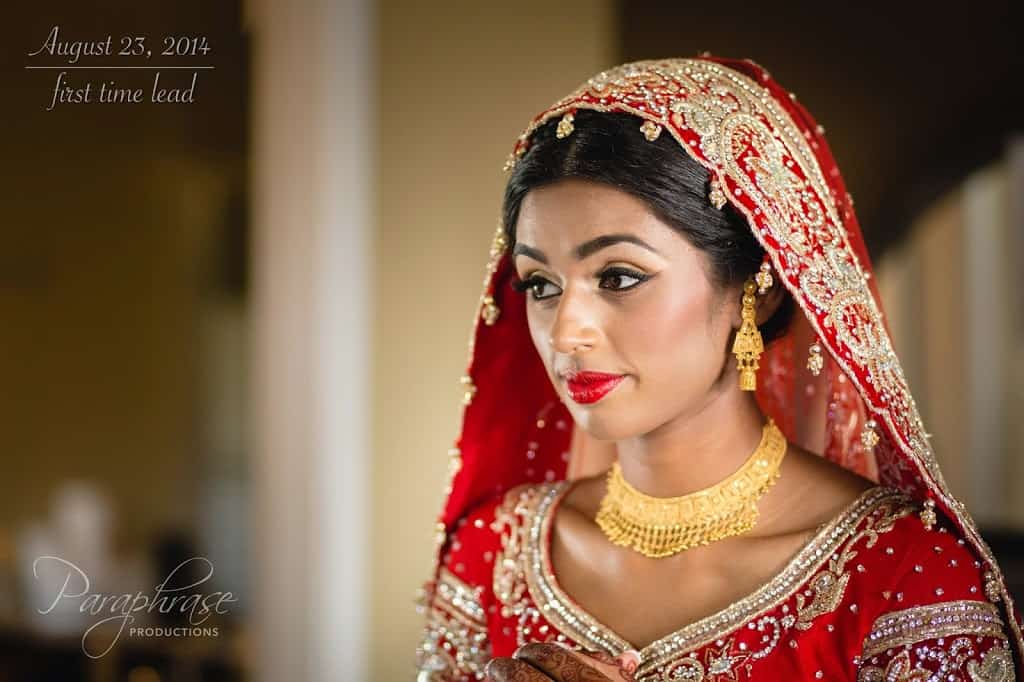 Sunday was day two of the wedding.  It started around noon and went until midnight, though I had arranged to leave at 10pm because of work the next morning.  The others weren’t so fortunate!  I have a lot of favourites from the day – including one where I had about 3 minutes to get set up for a fireworks shot that I didn’t know about.  All that practicing this summer paid off and I JUST made it before they launched them.  I officially chose the sparkler heart as my “daily”, but included a few more here for fun.  There’s even more on my client page if you’re interested. 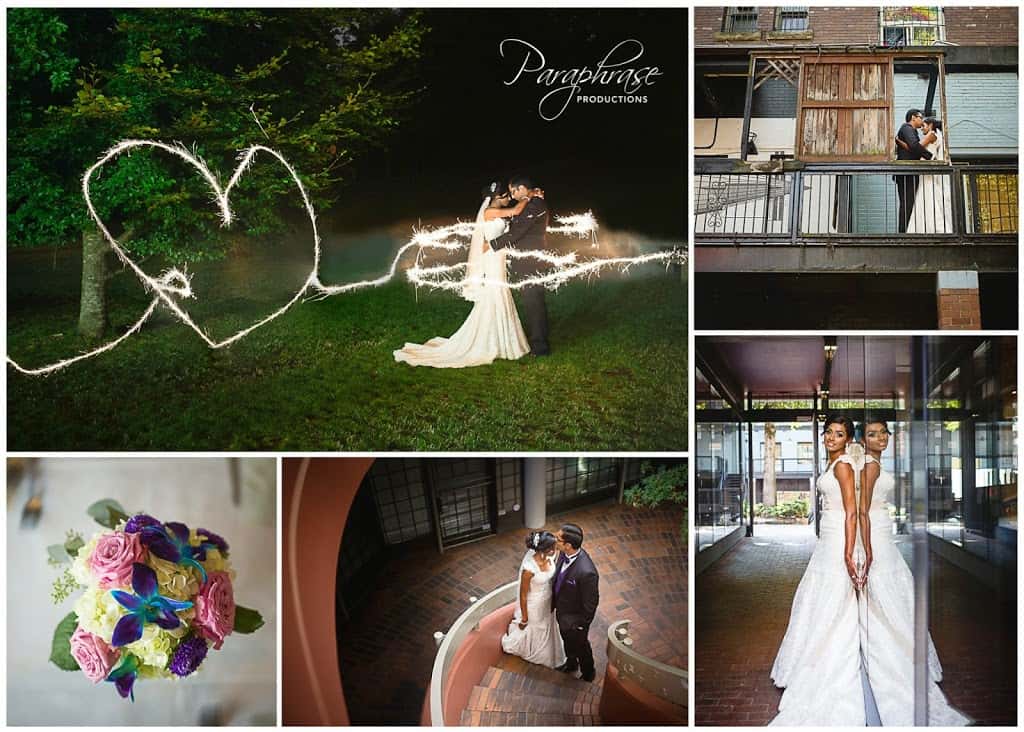 Monday I broke down (despite my firm affirmations at the beginning of the year that I would not!) and took an iPhone photo as my daily.  I did go home afterwards and pull out my big camera, but the sky had already changed so much on the drive back from my students’ that I just kept this one.  I’m only slightly regretting caving. 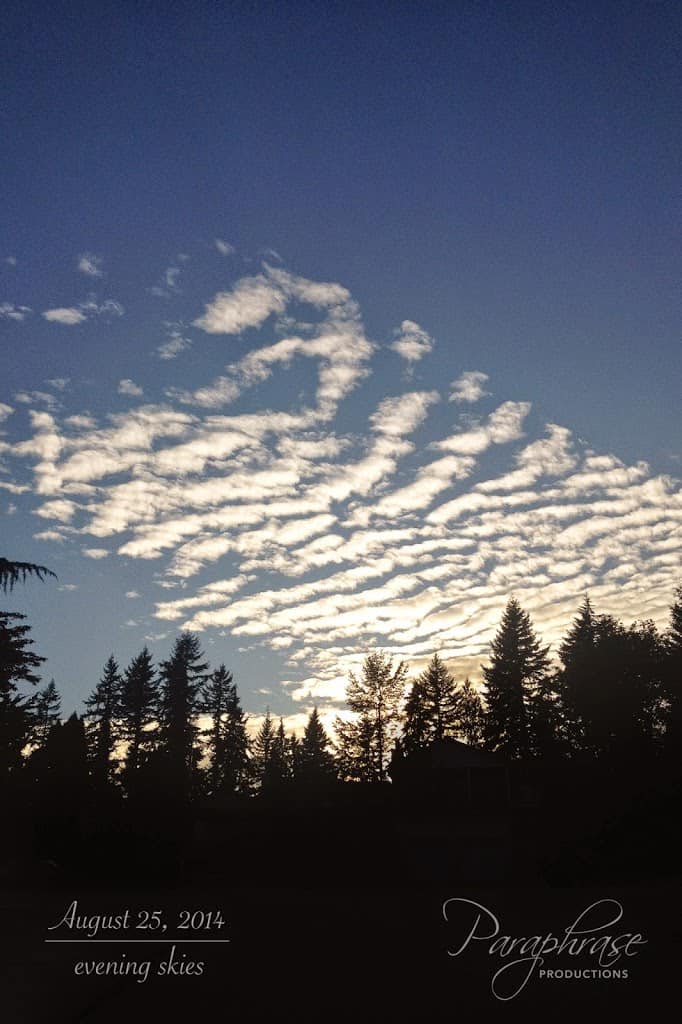 Tuesday, Nick and I were missing each other as we’ve been on opposite weddings all weekend (and will be again this weekend) and keeping opposite schedules.  We took a break from work around 8pm and just crashed together catching up internet browsing and watching some Netflix. 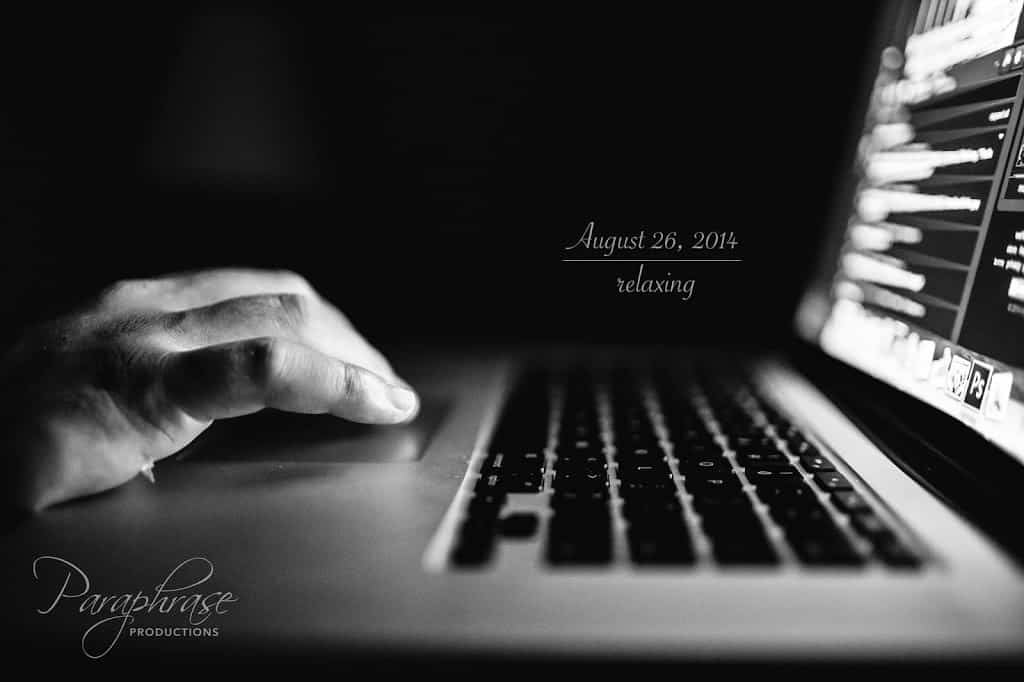 Wednesday, Nick got up and made us breakfast to go before we rushed off to work.  It got a bit smokey as we were multitasking, but instead of being concerned it went a little something like this:
Nick:  The house looks cool full of smoke!
Me (coming around the corner to see):  Great, now I’m going to be late for work!  (Goes off to fetch camera).

Wednesday evening I met up with two friends in New West back-to-back and Nick went out to the valley to do dinner and a movie with his brother.

Tonight I have a bit of teaching (in 5 minutes so I better get off of here), and Nick’s stuck in meetings until late.  Later, I shall relax, work on my computer, and ice my poor, poor foot that is thinking about re-fracturing after being on it so much all last weekend.  It must stay in one piece until AFTER this weekend’s two-day wedding!  It must!