Tuesday, October 14th, I tried to shoot a bit more deliberately.  I’ve been preparing an application for the last half a year or so and had a friend review it for me before submission this month.  Turns out I have a bit more work to do, so I threw out a bunch of images and am starting to slowly replace them one at a time.  This is requiring me to think a little bit more before I fire off the shutter button – at least when I’m caring to.  Let’s be honest, we’re almost at day 300 of consecutive shooting and I could use a creativity break soon! 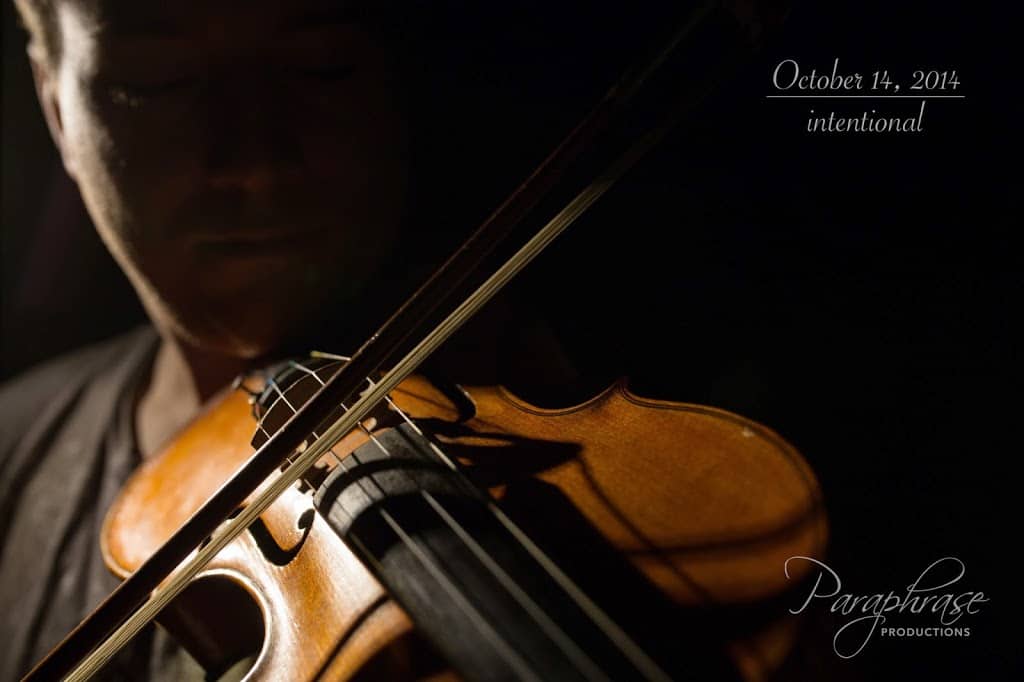 Wednesday, I fired a quick test shot through the car window on a rainy drive to Life Group, and I actually really liked it, and then couldn’t duplicate it again when I tried as we were already moving away from that section of the street, so I just went with it 🙂 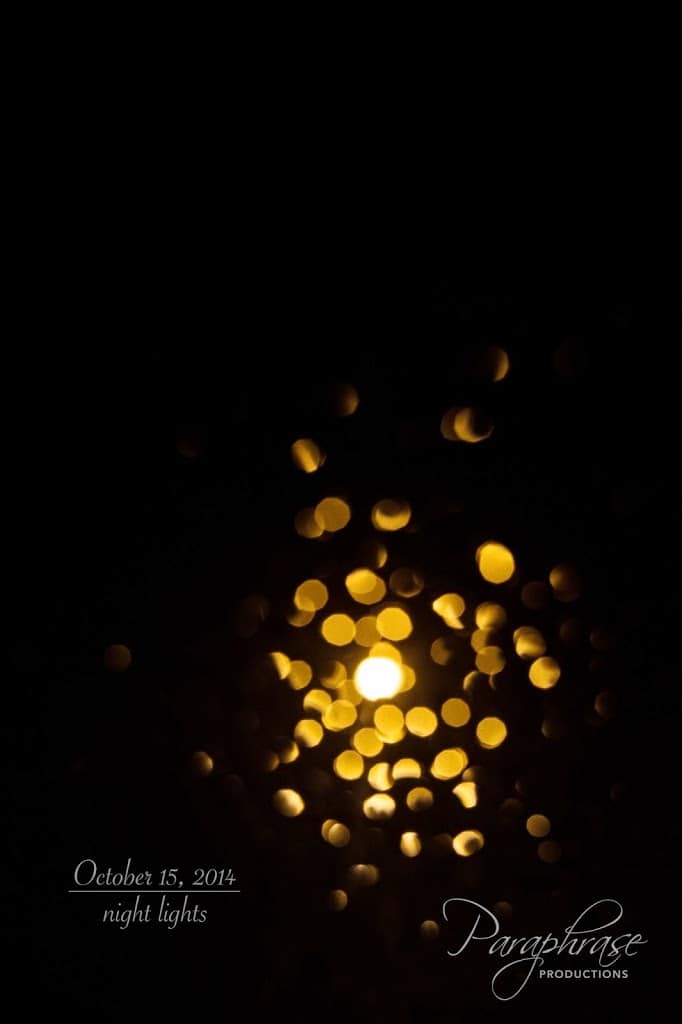 Thursday, I portioned out all the remaining fresh fruit into three bowls for the next three weeks since we were wrapping up week one of our One Month Without (buying anything).  So far, it’s been working well and I don’t think we’re in any danger of running out of fresh produce soon! 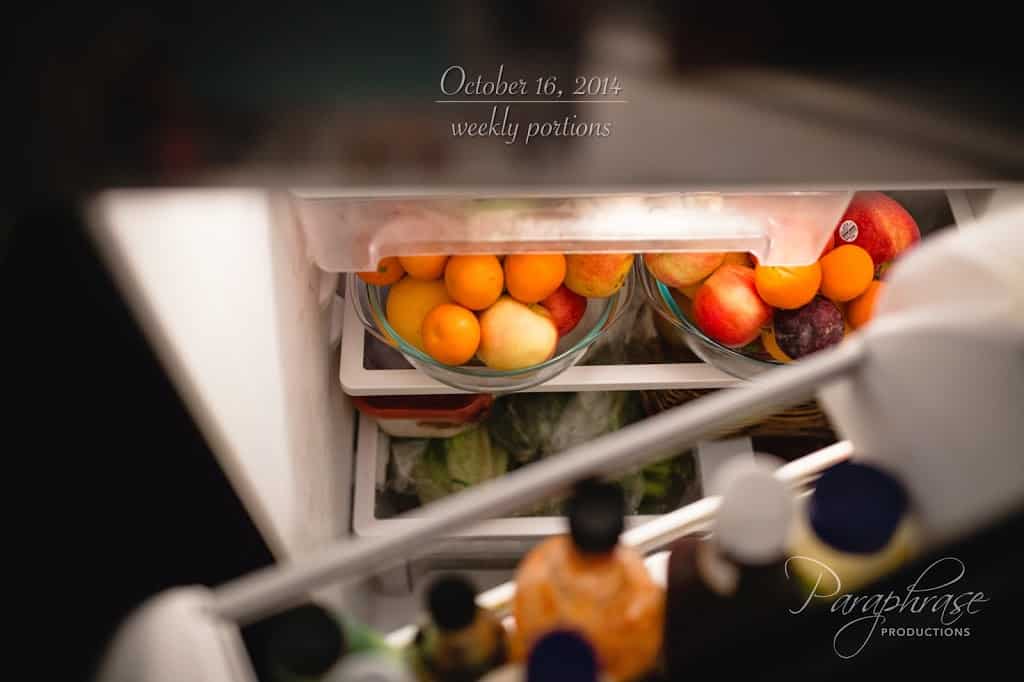 Friday, I had a new friend coming over in the evening before teaching piano, so I made some cookies.  We were originally supposed to meet at Starbucks, but then I realized that wouldn’t work with our month-long fast from consumerism.  Thus, I whipped together a quick recipe that was given to me as a wedding gift and is still my no. 1 go-to recipe (thanks, Jenna, if you’re reading this!!).  I realized the eggs were already half gone, and it would be our turn to bring treats to Life Group before our buying ban was lifted, so I did a full batch and froze the extra cookie balls for a quick fix later in the month. 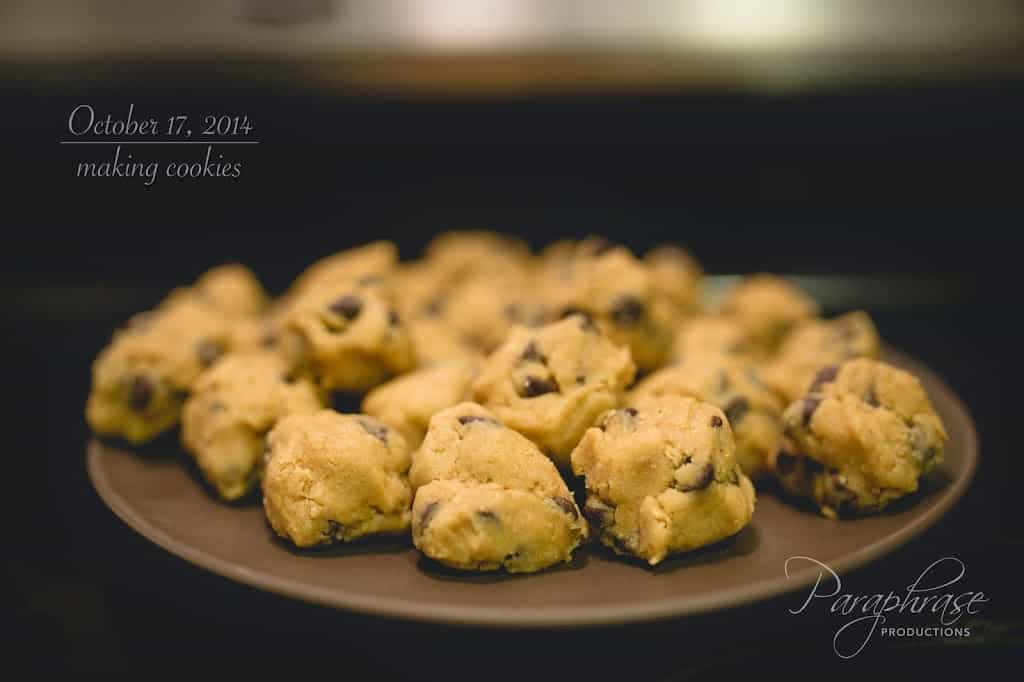 Saturday, you would think I’d have something more interesting for a daily since I was out at the church most of the afternoon.  Nick was at a wedding, but I was on the worship team, so we practiced from 2pm – 5pm, and then played for the Saturday night service.  Afterwards, I came home and sat on the bed in the empty house and didn’t really move so much after that resulting in this uninspired shot 😛 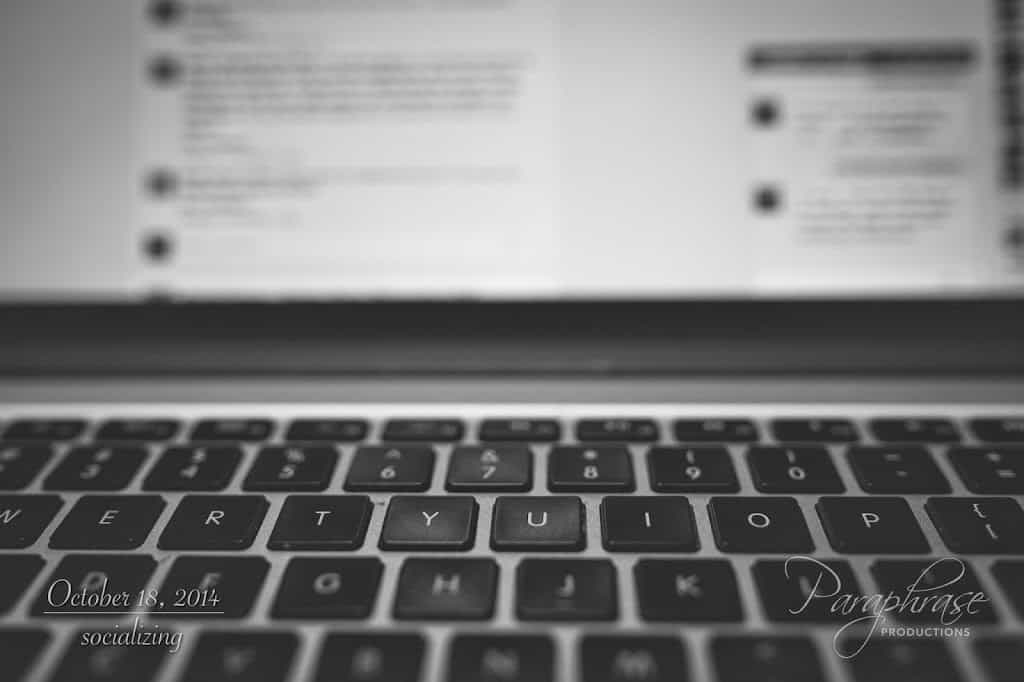 Sunday, we were up nice and early (for us on a weekend), and headed in to catch both the early service and the last service at church.  I was on piano, and Nick was filming the sermon, so while I was sitting down, he was up and vice versa.
Nick had been feeling a bit sick all weekend and, as a result, neither of us had gotten any decent sleep.  So after church, I grabbed a quick nap before checking on the weather and heading out to do a family photo shoot.  You can check out more pics HERE, but this one was my personal favourite :).  We had a wonderful dinner and hang out with the family afterwards, but got home a bit late for a weeknight.  Sure enough, around midnight, I knew I had caught whatever it was that Nick had, and called in sick for the next day. 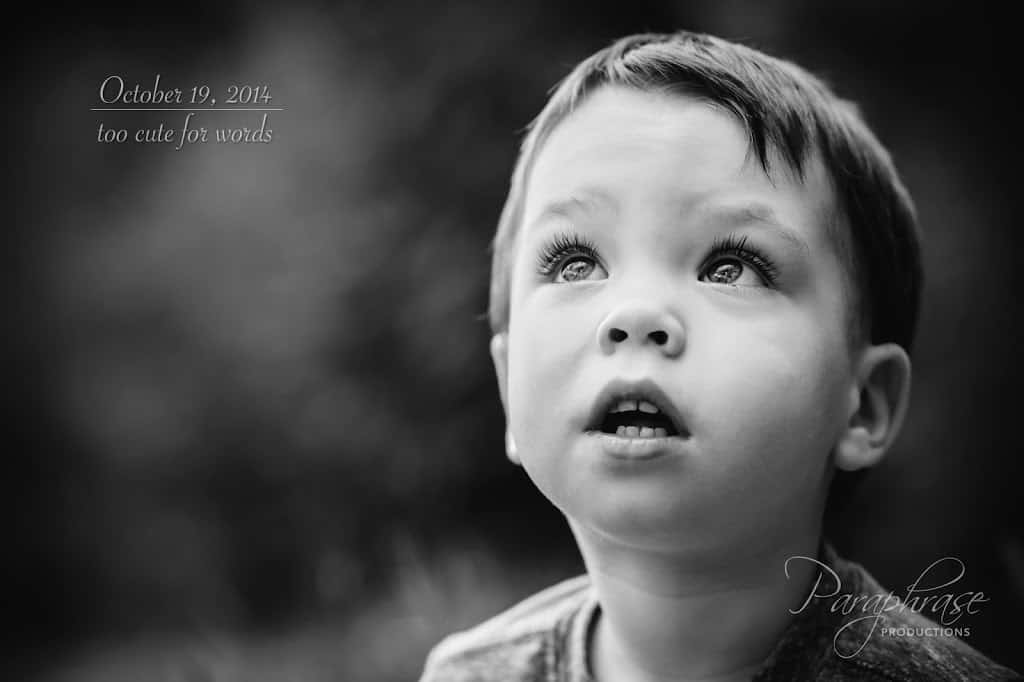 Monday, I woke up and realized that calling in sick was a very good decision as it had hit me full force by that point.  I promptly went back to sleep for the majority of the day.  In the evening, I received an email from a wedding client this Summer asking me if I had checked my mail lately.  I promptly did, and found a wonderful movie date for Nick and myself!  What a great surprise and how sweet are these clients? 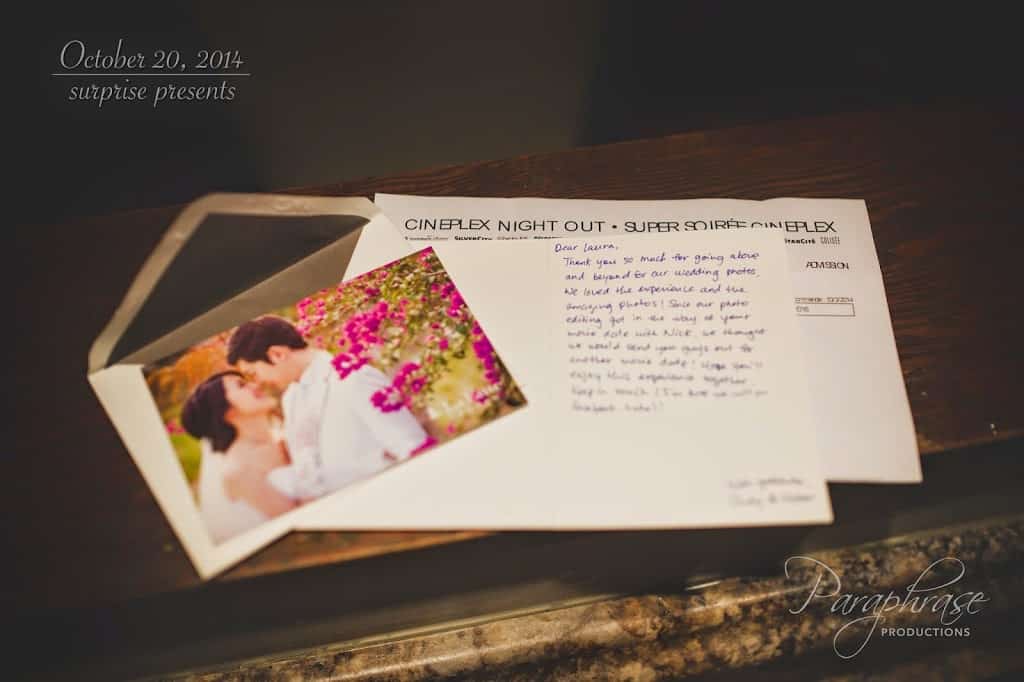 Tuesday, I was not feeling any better and had, had a terrible sleep (less than 3 hours I think).  However, I really needed to be at work that day as we were going over a lot of new information, so I dragged myself downtown and huddled in a corner for the day to try to infect as few people as possible.  I also had a fairly heavy teaching load that night on top of it.  By the evening, I was looking for some homemade remedies and hitting the sack. 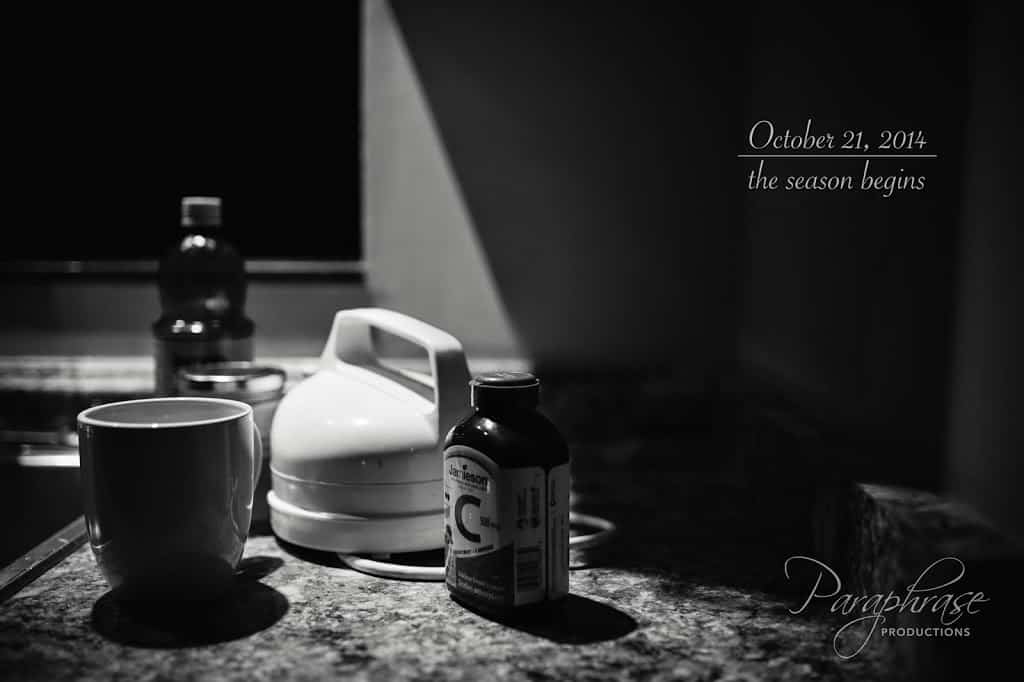 Wednesday, I woke up around 3am, and called in sick again for the second time this week.  Wednesday was probably the roughest day.  In a 31-hour period I made myself be awake for 4 hours of it, but that’s about it.  Nick brought me some lemon water and soup before heading off to Life Group solo.  I was sound asleep before they even began. 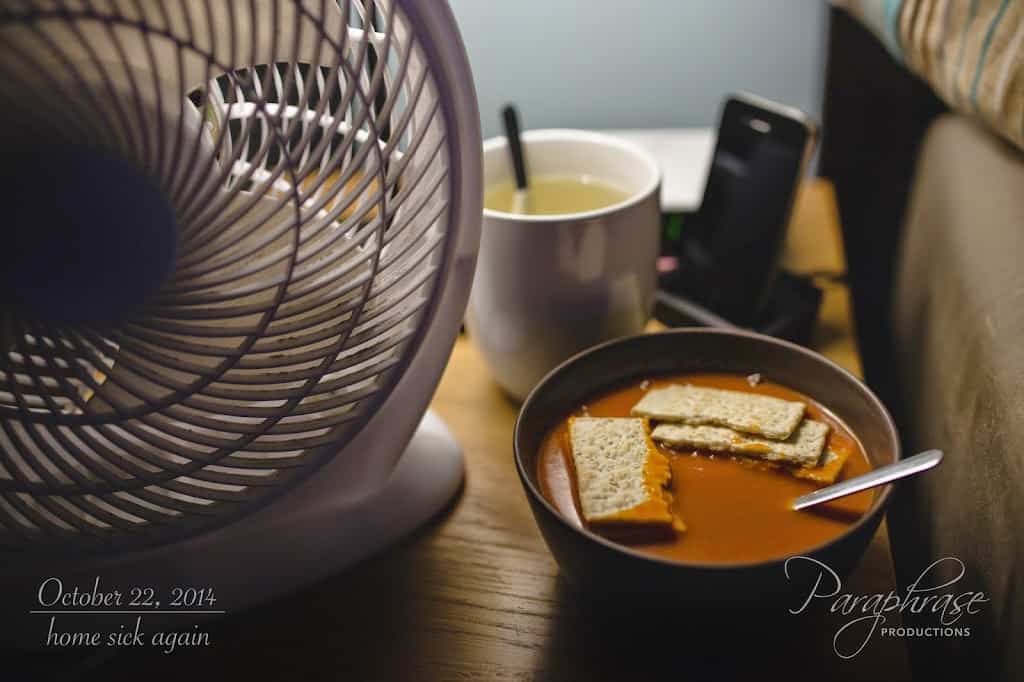 Thursday, I was feeling on the mend again after so much rest, and headed into work with a jar of honey and bottle of lemon juice in my bag.  (No buying cough drops this month!).  I mostly stayed in my corner and away from people.  Thankfully it was a slower day to just pick away at emails and such as my coworker covered our one class.  I was feeling a bit sicker that evening again after another heavier load of teaching piano, but then decided to rest up.  We had a chicken in the crockpot all day, so we whipped up some mashed potatoes and asparagus (still left over from the anniversary dinner on the 10th!), and then watched a couple shows together.  I didn’t get a ton of sleep, but enough that I can say I’m pretty sure the worst of this cold is over.  Or at least it should be since we have a pretty relaxing weekend ahead.  I needed to think of a photo, and my brain was still in a bit of a sick haze, so I grabbed a jacket and ran downstairs to take a picture of our neighbour’s decorations as, even though I personally dislike Halloween, I think they’re pretty cute. 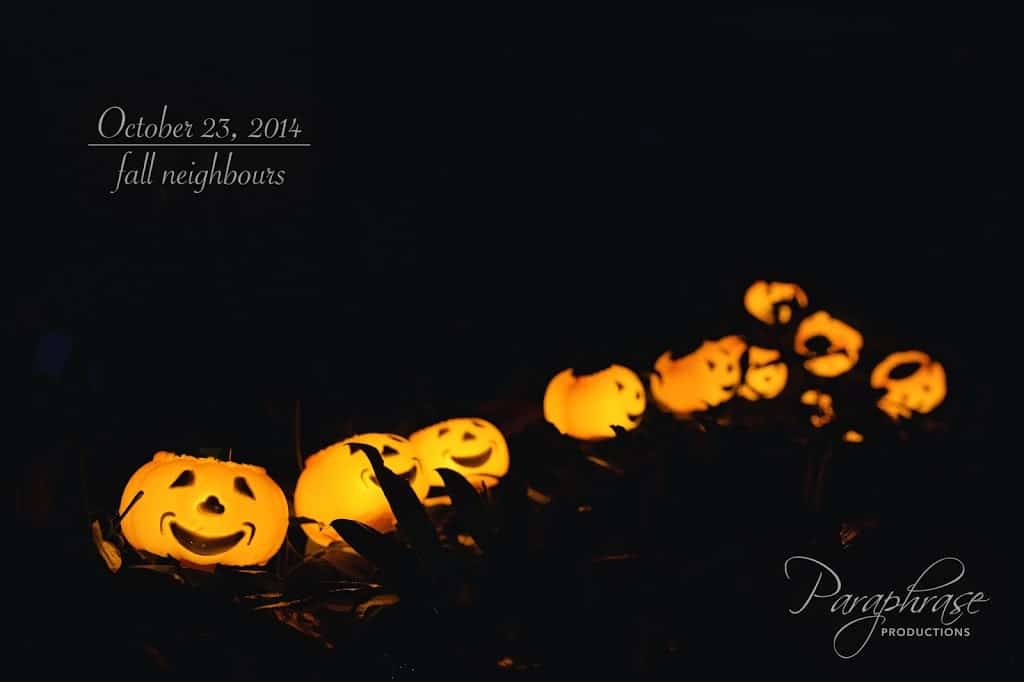