Officially 1/10th done!
Wednesday was a typical, rainy, wet day.  The construction workers in the alley were probably wondering why I was crouched on the ground with my umbrella cast to the side, but I wanted to capture some of the misery.  This alley is a shortcut we use to get from our main office to our off-site training room.  This particular day, however, we were just having a quick weekly meeting for a boring project we’re working on: 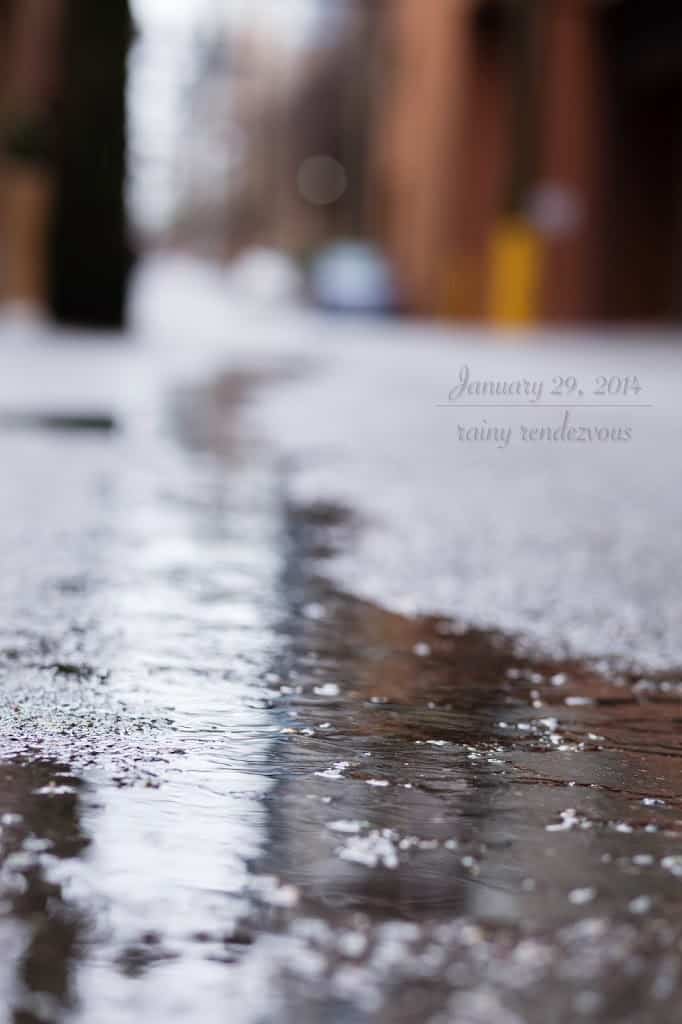 Thursday I posted a pretty heavy blog post, which you can read HERE.  Nick had our camera at work for the majority of the day, so by the time I finally got my hands on it around 6:30 that evening, my photography options were limited.  I thought this picture adequately summed up some of the day: 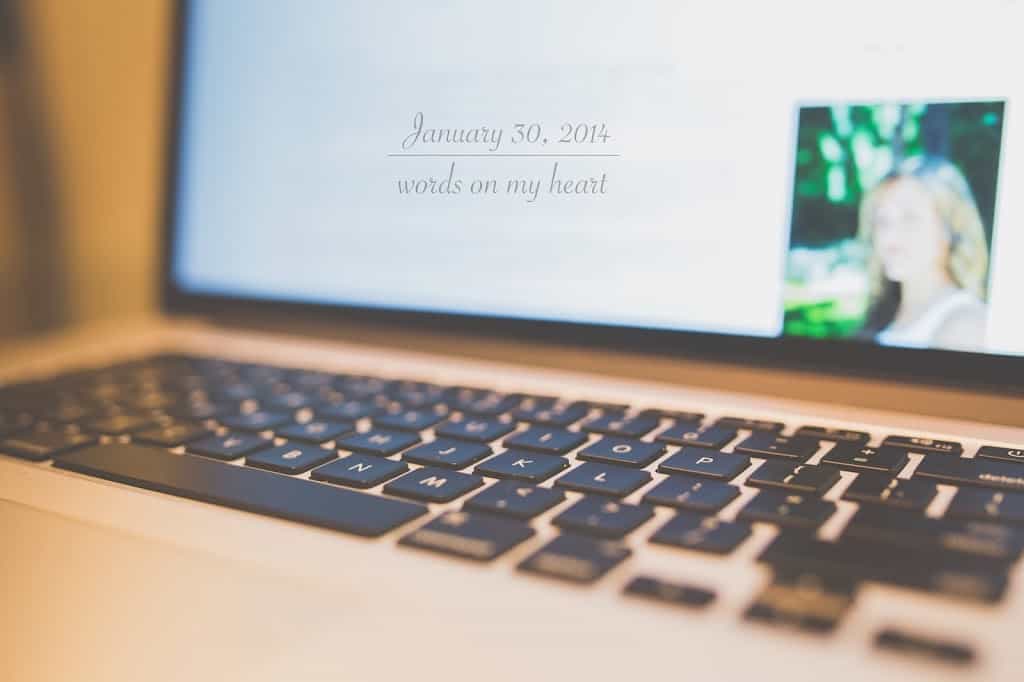 Friday I posted about running to the bank to convert money for our up-coming road trip.  I got quite a few shots of this little gang of birds, but I think this is my favourite.  You can see the rest HERE. 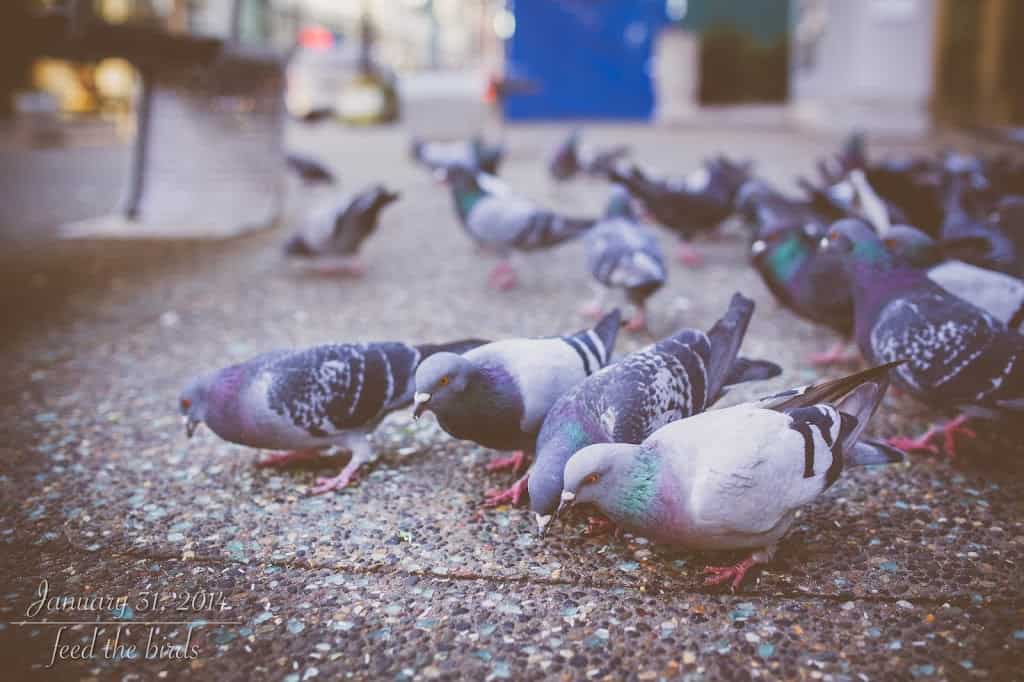 Saturday I was L-A-Z-Y.  After staying up waayyy too late, I had a nice long sleep in until after lunch.  Nick left early to go edit a wedding for the full day, so it was just me at home.  I had chicken wings for breakfast and popcorn for lunch.  Healthy, I know.  It was a stay in your pajamas and curl up in bed day.  This was especially easy to do since I only had the heat on in the bedroom and the rest of the house was freezing!  I was very productive on my computer, however.  I’m running a FaceBook group for this 365 project and we have monthly themes and competitions.  It’s a little more work than I originally anticipated, but not too much.  It’s up to me to organize collecting all the photos, sending them to various judges that I’ve contacted, working with ClickinMoms who graciously agreed to donate prizes, and answering questions as needed.  Since it’s the end of January and the beginning of February, I had a couple hours of work to do with wrapping up our first competition and introducing the parameters for the next.

I also took the opportunity to cull, edit and back-up all of my photos from January on my computer.  Annnnddddd sort, resize and put in an order for prints to replace about 21 frames throughout the house.  It’s a good thing I did all my piano invoicing on Friday for February, or I would have had that to do as well.  So, while I haven’t left my bed except to get food and feed Bacon (our fish), I’ve been quite productive all things considered :).  I swear, when we eventually have kids, it’s days like this that I’m going to miss more than anything! 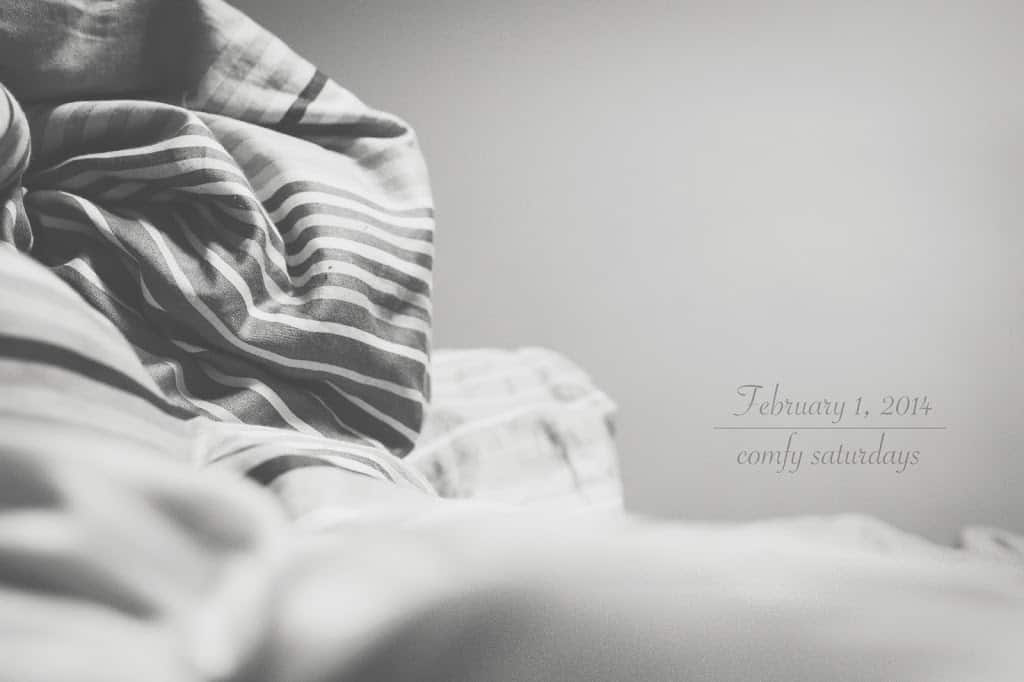 Sunday was another relaxing day spent mostly in bed for me.  Nick ended up having to work for a few hours in the afternoon after church, which was unfortunate.  However, he brought Vietnamese take-out and my photo order home with him for the evening which was lovely.  They didn’t make it into their frames (due to the intense laziness happening), but they’re printed, which is the first step! 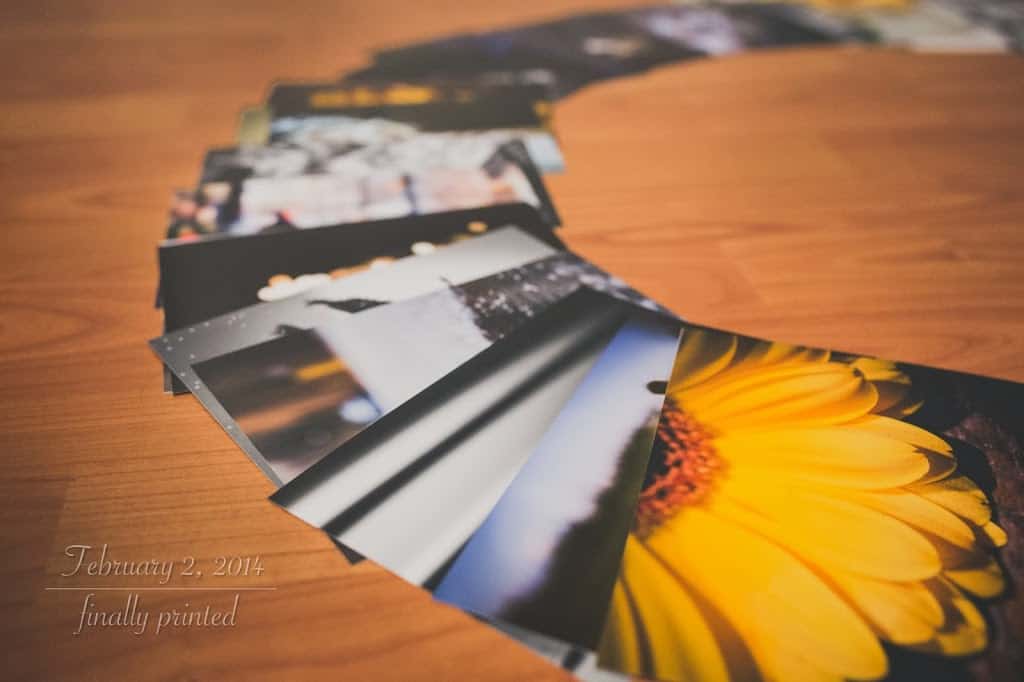 Monday morning was particularly irksome this week.  We have a really busy training schedule at the office for the next while, and I’m not looking forward to it.  We have a couple of days offsite as well, which means even longer commutes.  Again, not excited.  We spent the majority of Monday in “the dungeons” of the hospital teaching a class.  This is one of the long halls we need to venture down to reach the computer lab. 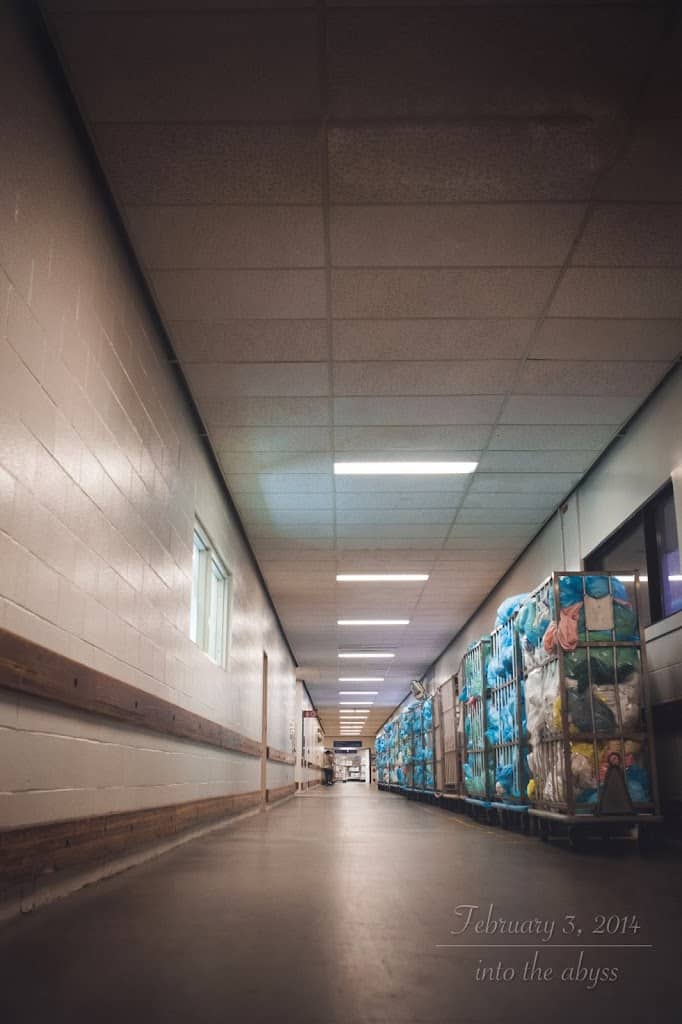 Tuesday, my wonderful husband gave me a ride to work as I needed to go for some training at a remote location and I wasn’t sure exactly where it was, so driving was way easier than trying to figure out the transit plan.  I did, however, spend a tremendous amount of time finding my way back from that location to the office this afternoon.  It was sooooo cold outside to be waiting around for a shuttle, but it was bright and sunny so that made it worth it.  I grabbed some shots along the way, but the one that I ended up liking the most was actually the wall in our building’s lobby: 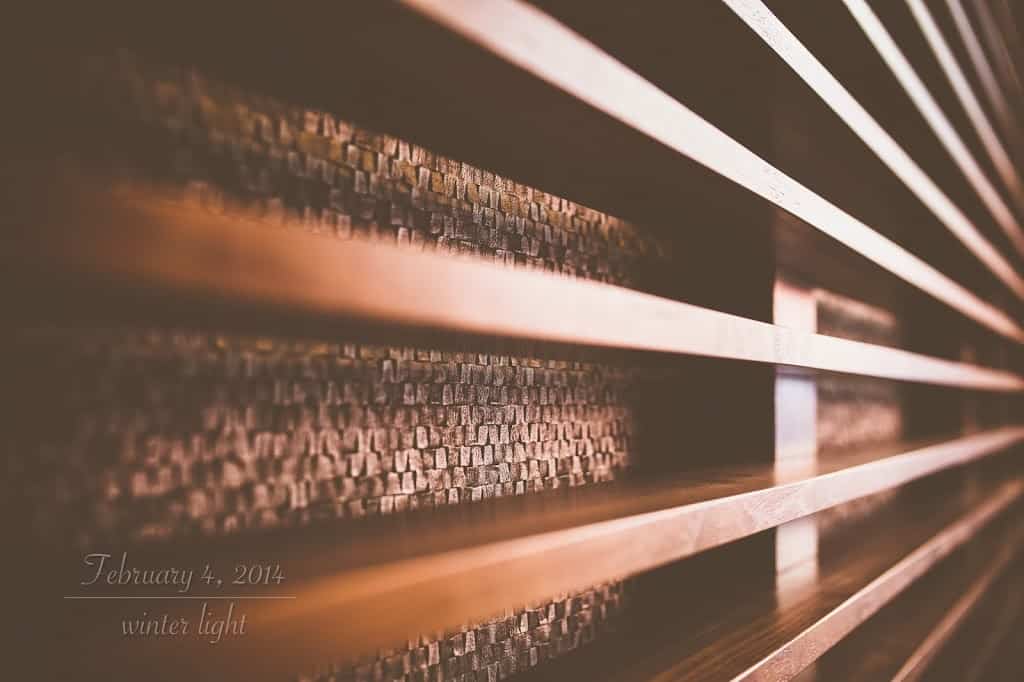