Alright!  Here is my first post since moving my blog over from my old site into our new website.  If you’ve been subscribing to posts at paraphrasesblog.blogspot.com, you’ll need to switch over and follow here now as I won’t be writing in two places!

I hurriedly finished building this site over the weekend and beginning of the week so that I could turn my focus to other things – namely a month-long, online workshop I’m taking.  It’s called “Turning Lifestyle Photographs Into Art” and is by the wonderful Kate T. Parker.  After shooting for over 300 consecutive days it is turning out to be the perfect little “boost” of inspiration that I needed to finish strong – or at least to get me through November!  The first week has been about finding inspiration in others’ work or in your surroundings and shooting from that source material, transferring it into your own voice.

Sunday, November 2nd, was the first day and I was eager to get started.  I made myself come home after church and do almost all my other work first before I could open the course material.  As soon as I finished reading the pdf I was excited to go out and shoot, but then it dawned on me that the clocks going back that day meant it was already dark out!  And it would remain always dark out every single day after work until the Spring :(.  So I quickly googled “Photos at night”, and this popped up in the Google Images: 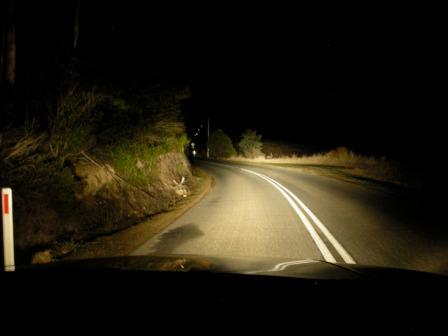 I thought – “Headlights.  I can do headlights”.  I made Nick some hot chocolate and asked if he would take a break from work to drive around the city with me and find a dark road that we could use.  That actually turned out to the be hardest part!  I brought my flash along to provide some rim lighting for us, and then it starting to rain?  Snow?  Whatever it was, it was perfect! 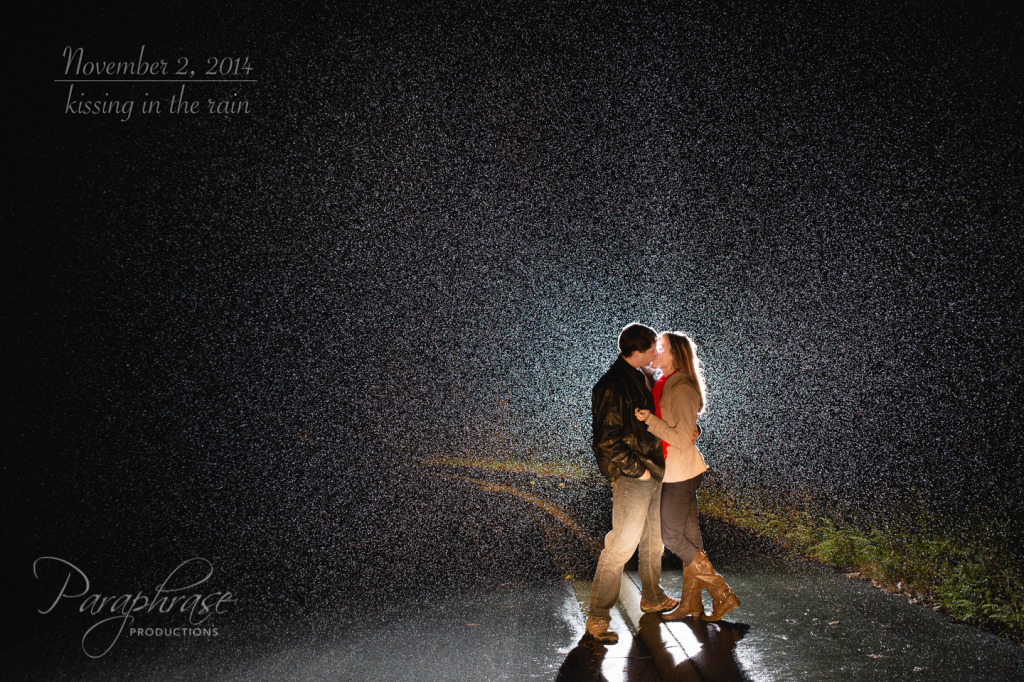 After we got home, I forced myself to work on our website more until it was time for bed – except I accidentally ended staying up past midnight on a work night.  Whoops!

Monday, I finished teaching around 7:15pm and got back to work on the website.  I took a break to make a fun staged photo with Nick for day two of the workshop.  I really love all the images I’m seeing around lately with tons of negative space and a really cute kid tucked in the corner of the frame.  Well, I made do with what we had and got some profile photos for our site at the same time – two birds with one stone :).  Annnnd, I accidentally stayed up til the wee hours AGAIN getting distracted by website building. 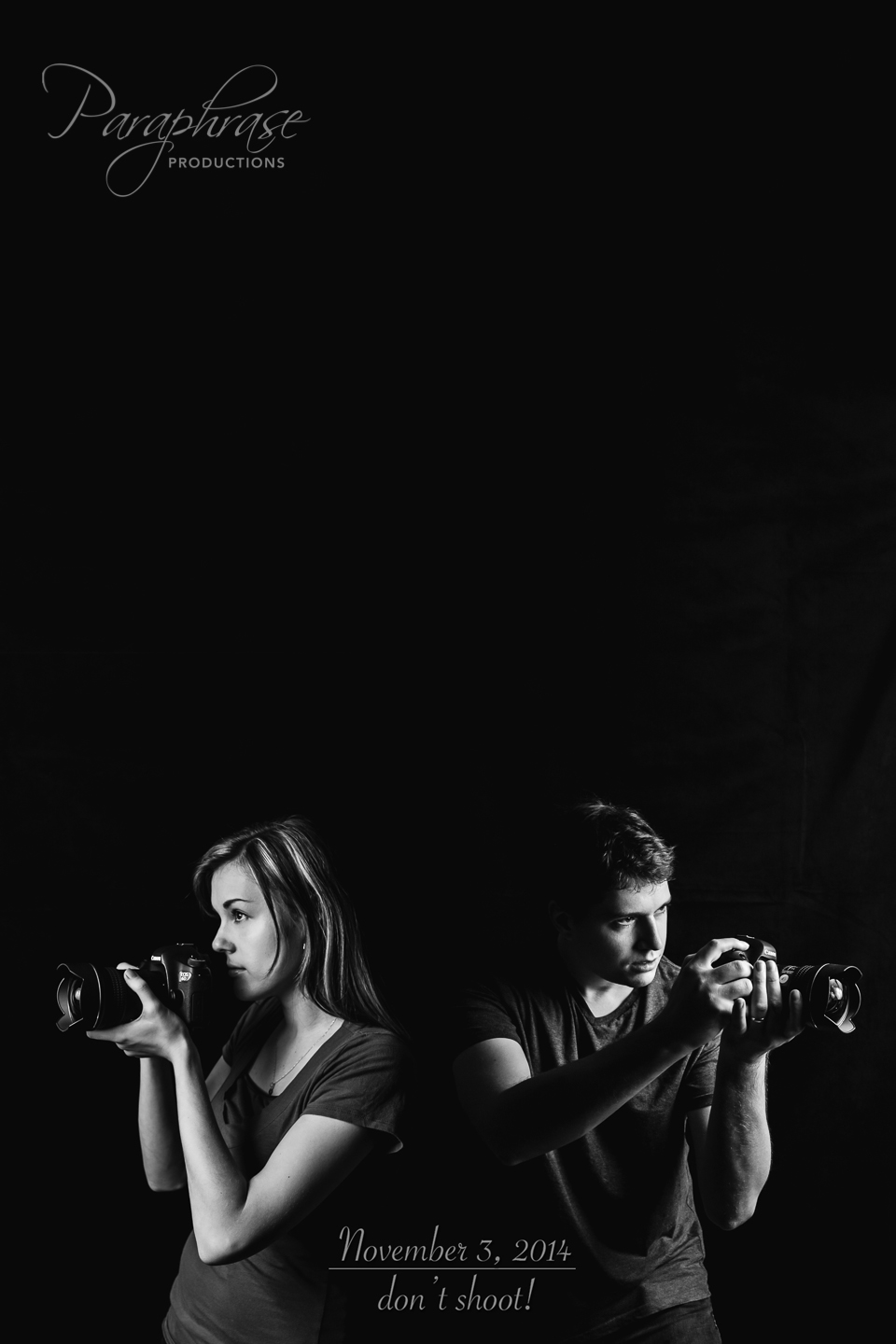 Tuesday,  was hard.  I was tiiiirrreeeddd and a bit grouchy!  I made it through teaching that evening by shoving 6 marshmallows in my mouth for a sugar rush and smacking my cheeks to wake up!  Of course I would be responsible and go to bed on time after two nights of 4 hours of sleep.  Of course ;).  The good news?  I finished the website Tuesday afternoon!  The bad news?  I got distracted by making a real dinner (read: spaghetti served out of tupperware, ha!) and trying to get a creative photo that evening and did NOT go to bed at a reasonable hour.  Dinner was served at 10:30pm (which was fine since Nick didn’t get home from work until 10:15pm and then headed back out again for another hour after grabbing a bite to eat!).  And I managed to get something to submit for my class that I aptly named “outer” calm being that we were running all over and Nick was heading out the door again seconds after he held the light for me for this shot!

Wednesday, glorious, Wednesday.  The day that I finally was all caught up on all my work at all my jobs and even up-to-date with my classwork.  The fridge was full of portioned out spaghetti meals with left-over chilli meals in the freezer still.  The house was “relatively” clean if you ignored the small explosion of clothes and camera gear hidden away in our bedroom.  I enjoyed a slow-paced day at the office, followed by teaching two students in an adjacent city, and then headed out to Life Group.  It was girls’ night so I left Nick at home to catch up on work.  I was home just after 10:15pm and then waited for Nick to finish work by 11:30pm while I did some photography research.  (He’s assistant directing a film for the next week and a half so lots of late nights of prep for him).  Then we headed to bed at a ridiculous hour again after spending a few minutes chatting.  Irresponsible sleeping patterns is the theme this week, don’t you know?   I knew Wednesday wasn’t going to lend itself easily to time behind the lens, so I grabbed a quick shot first thing in the morning of Nick walking in to get the car to drive me to work.  (He had to work downtown, too, so I scored a rare ride in!).  And just for fun – a “before” and “after” of the shot: 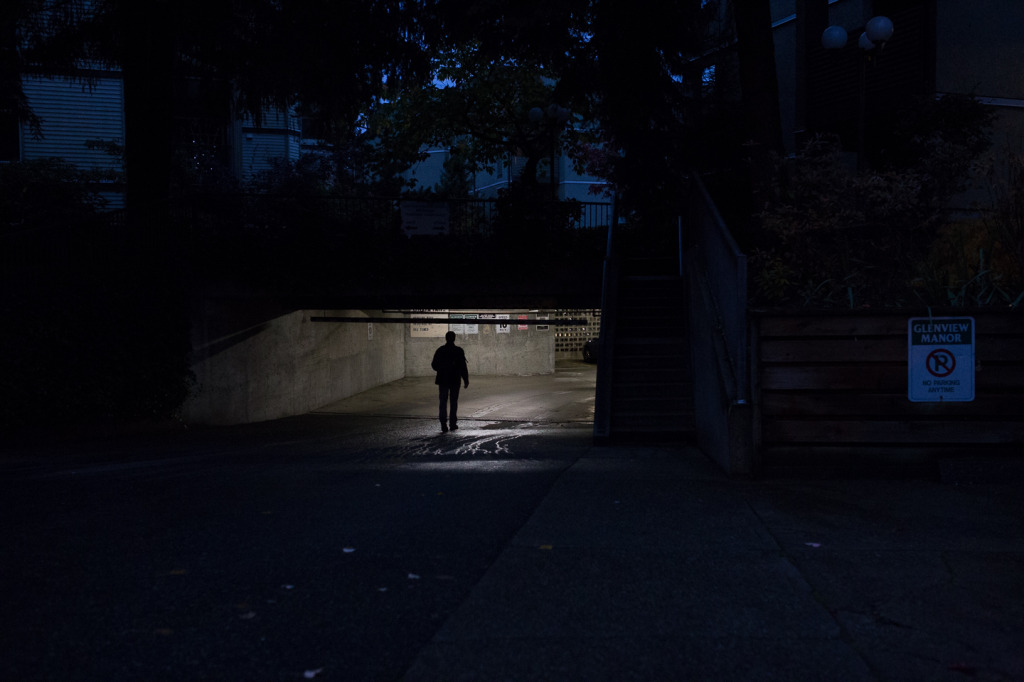 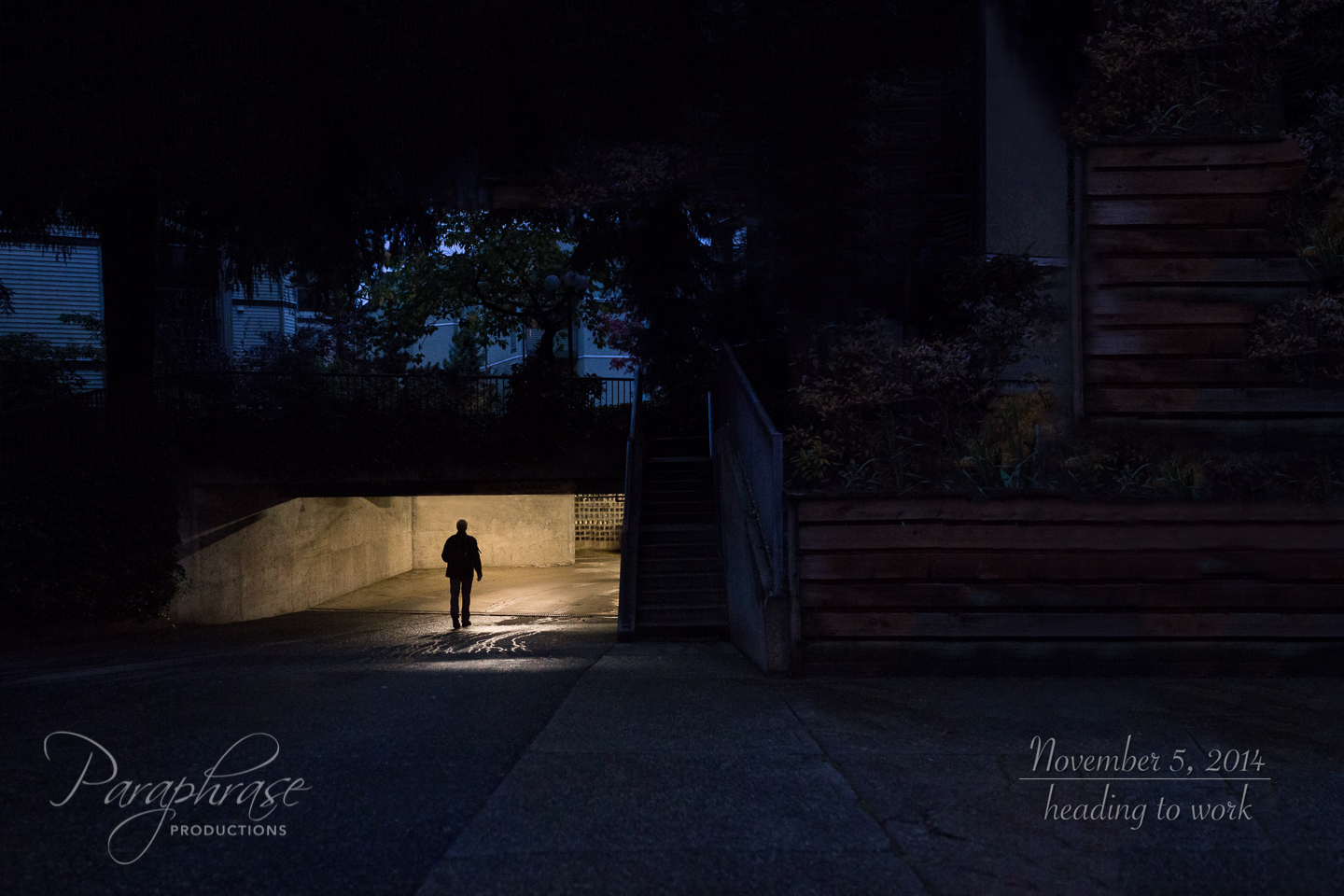 Thursday, was thankfully another quiet day at work.  It’s so nice to have an office job of emails, and telephone calls, and time to sip some hot chocolate in the midst of the bustle of life.  Really, my job is teaching software, but my colleague absolutely loves being in front of the classroom and hates desk work, so this new work division between us is working out gloriously as far as we’re both concerned!  He can do the majority of the teaching, and I can do the majority of manning the help line at my desk with my cocoa.

When I got home, I ran a quick load of laundry down to the basement as Nick was out of socks, and tidied up the house while I waited for my student to arrive.  I normally teach the moment I get in the door, but a moved lesson due to a student being away this week gave me a bit of domestic time.  After teaching I had about an hour to spare before Nick was coming by from the film set to pick me up for a movie.  I used the time to do my class assignment for the day and take the photo below.  I really just wanted to climb under the covers at that moment and go to sleep.  An 8:30pm movie on a Thursday night is NOT a normal thing for us.  However, our friend was having a birthday movie night so we went out to celebrate with him.  We got home (yes, you guessed it), way too late!  I should have double checked how long the movie was first.  I really didn’t expect it to be 3 hours long!  We hit the sack, and I felt incredibly thankful that the next day was Friday. 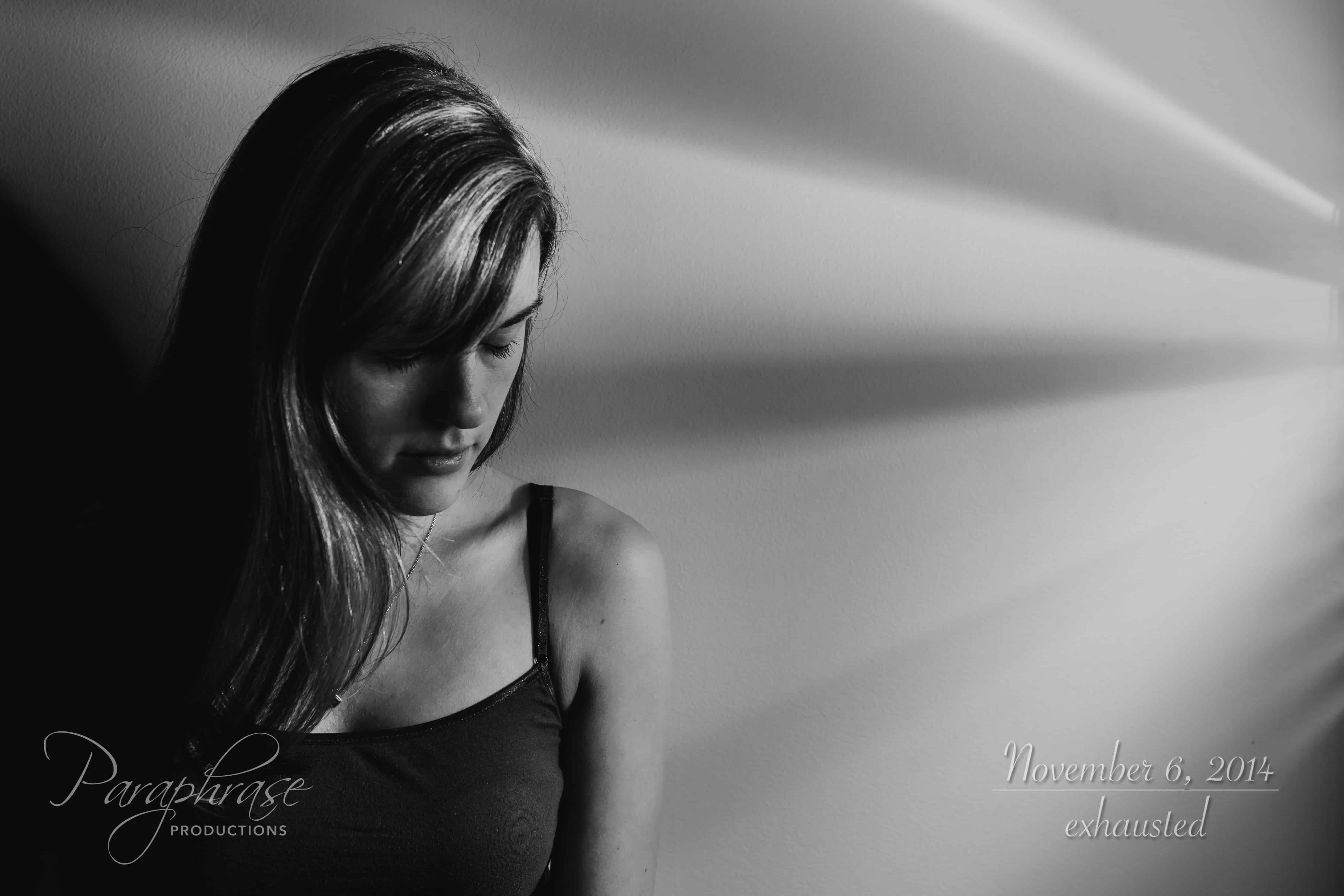 Friday, I enjoyed yet another quiet day in the office.  Seriously, these wonderful not-crazy days with everyone in a good mood and not stressed have been my oasis this week.  The day was broken up by a quick trip to the dentist office for a checkup, and then I headed home a couple hours after that.  They were shooting at night on Nick’s film set so I had the house to myself.  It was also one of my two weekdays off a month from teaching (every other Friday).  So I came in the door, quickly shot something for my class assignment (the photo below), and then crawled into bed with my laptop and some tomato soup.  I’d been waiting for this moment all week and was fast asleep before the clock even hit 8pm. 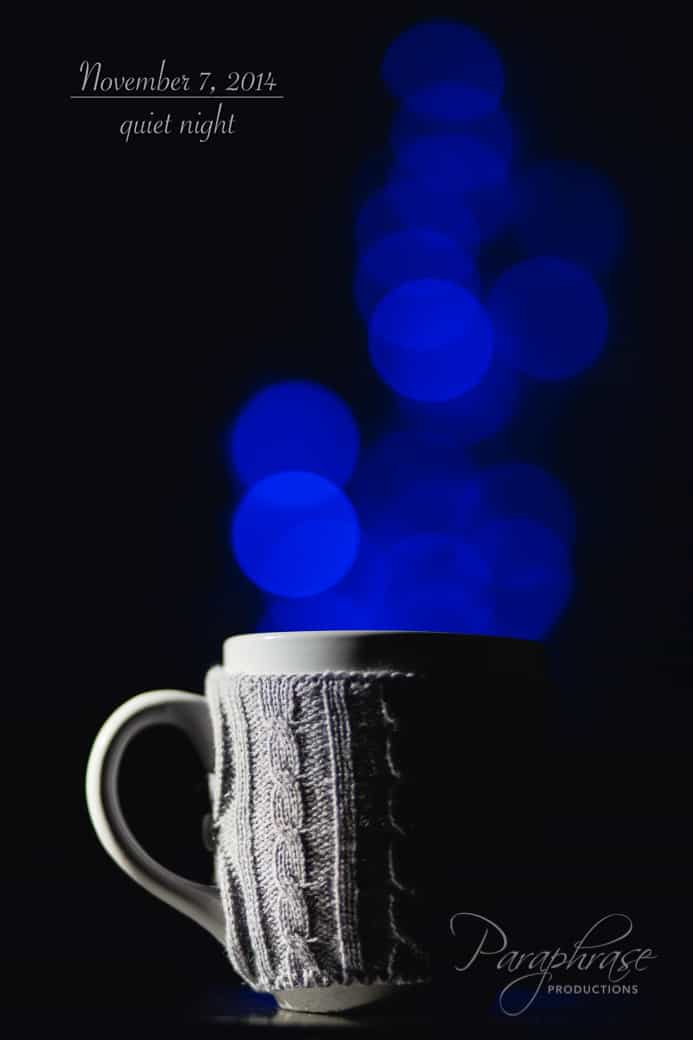 Saturday, I woke up and watched some Netflix, but then went straight back to bed until the afternoon.  I managed to catch up on all my sleep deficit from the week and actually have a day off from any and all work or socializing.   Anytime something work-related came up, I would just add it to my to-do list for the next day.  It was actually really hard to choose to not deal with clients or projects immediately and push them to Sunday, but it’s something I need to learn as my businesses get busier and busier.  I have to not be available any day and any hour without regard for time for myself and my family.  So yesterday, was my first attempt at this and I think it went just fine :).  Albeit – I’m paying for it with the size of my to-do list today, but all-in-all no regrets.  Saturday was also the LAST DAY of our month-without-buying challenge.  We celebrated by Nick bringing home some sushi for us to enjoy together as his set wrapped early and he was home by 8pm so we could hang out for a couple of hours, which was lovely. 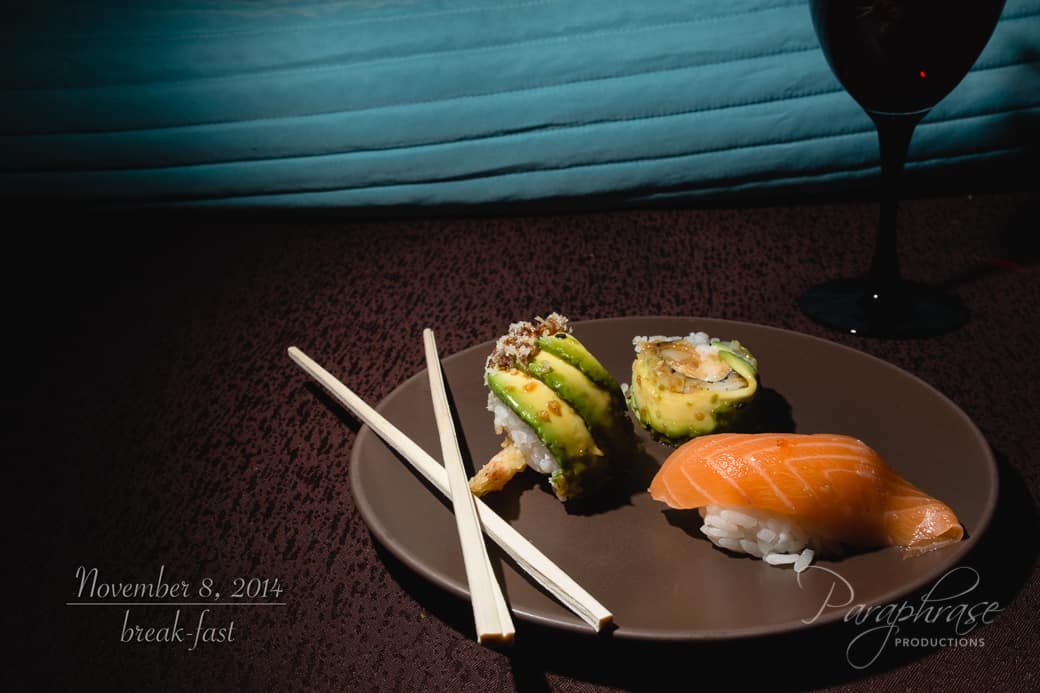