A couple things are in my mind as I start to type this blog entry.  1.  How did it already  get to be a week and a half already since the last time I posted?  2.  Do I seriously only have 36 days left in this year-long challenge?

Well, let’s zip back to the 16th of November and catch up!

Sunday, November 16th, we spent the afternoon with Nick’s family.   His mom and dad were in town so we joined them at his Aunt and Uncle’s place for a nice long board game, dinner, and some hang out time.  You would think that I would have a more interesting photo to show for all of this, but I was just enjoying having windows everywhere!  Our condo only three has East-facing windows (all of which point right out into trees) and one South-facing window.  It allows for very little in the way of natural light photography. 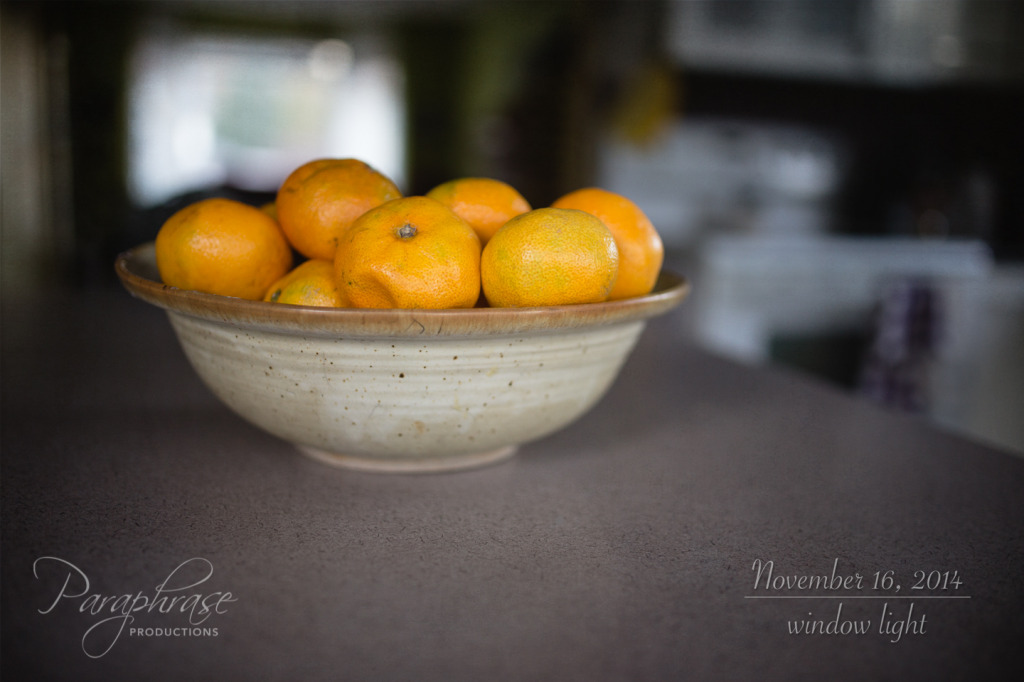 Monday was a long day because I couldn’t get to sleep on Sunday night.  I think I manged 2 or 2.5 hours only, so by the time I was finished teaching late Monday evening, my photo consisted of, “Nick, come outside and sit on the pavement for a second”. 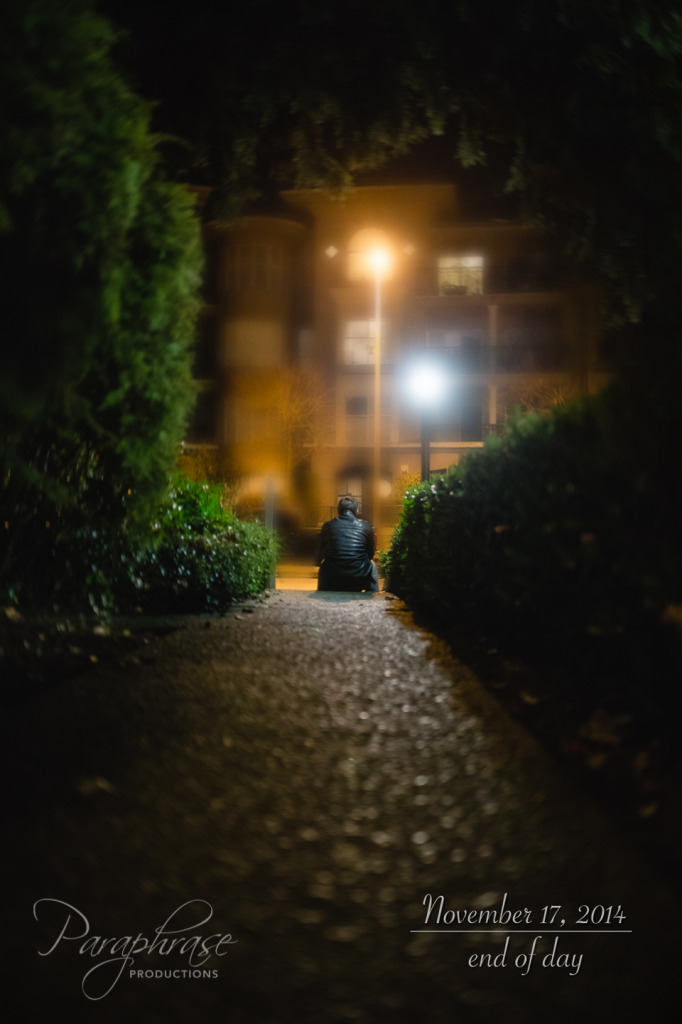 Tuesday was the last night I had with Nick before he left for Alberta to shoot our friends’ wedding.  I took advantage of having a human subject to get a photo for the workshop I’m participating in.  It’s an idea I’ve wanted to play with for a while, and our 365 group’s monthly theme for November is “shadows”, so I think it works well 🙂  It’s a lot harder than you would think to line all that up correctly in a bedroom while climbing over furniture and trying to find empty wall space! 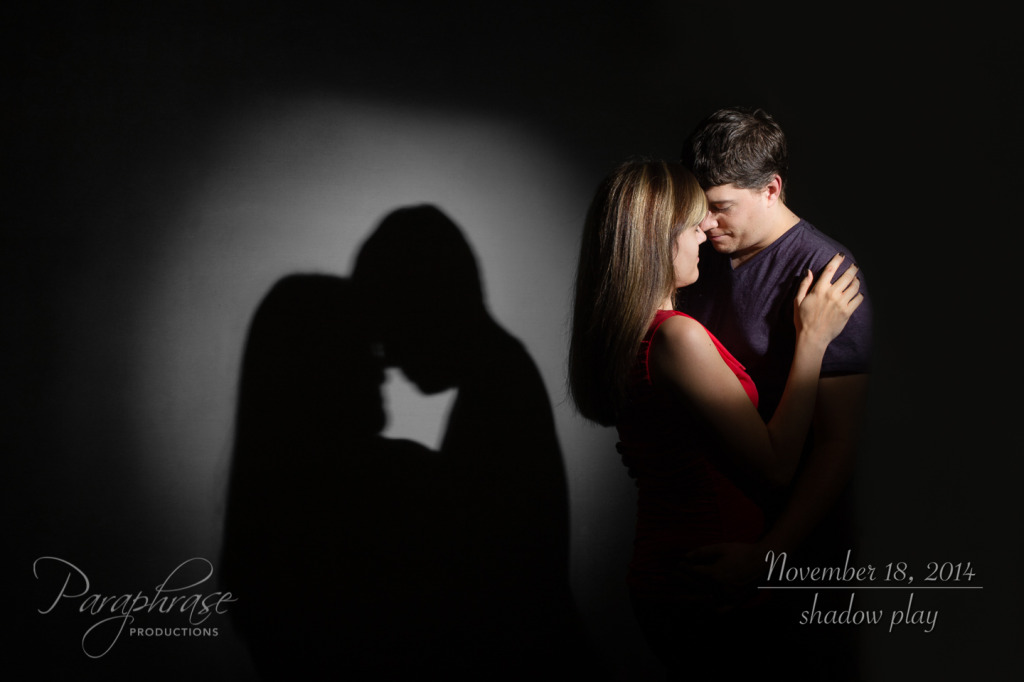 Wednesday, I finished teaching in the city over after work, but had no Nick to pick me up.  I hopped on transit and made it home just in time to microwave some left-overs and head over to Life Group.  Late that night when I got home, I decided to try to attempt another photo for my workshop submission with no Nick, no tripod, and only one lens.  Everything else was taken to the wedding that morning on the plane with Nick.  I pulled out some Christmas lights and took a selfie using my piano bench and a bunch of books and boxes stacked on top of it in lieu of a tripod. 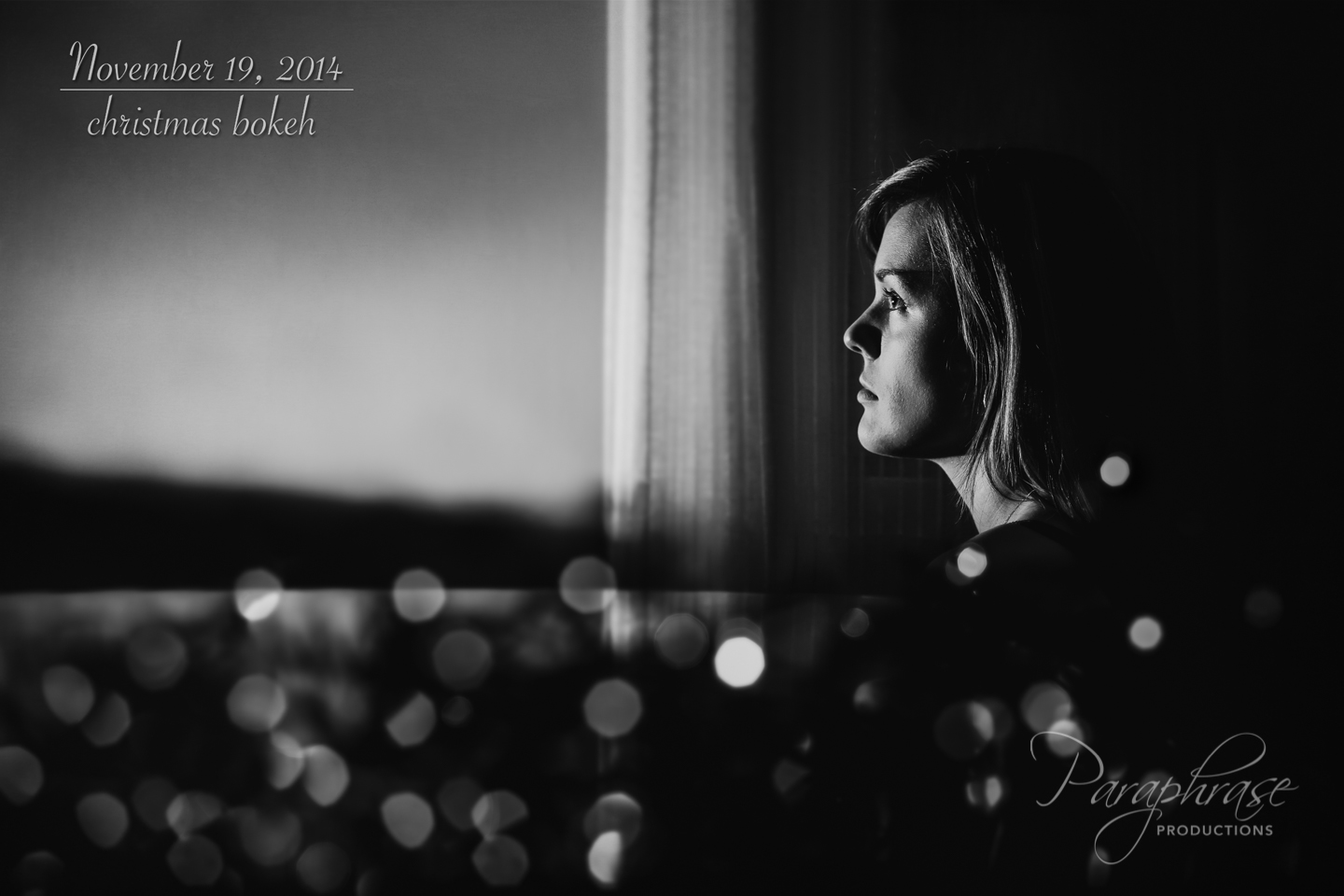 Thursday was the second day I almost completely missed taking a photo.  I got home from work, taught piano, and then decided to rest a bit before tackling the house and packing.  I finally convinced myself to be productive again around 9:30pm.  However, by the time I cleaned and packed everything it was almost midnight.  Three minutes til midnight to be precise!  I jumped off the bed and tried to think of something to shoot in the remaining 120 seconds of the day.  This super lame photo of a pile of my clothes ended up being my only picture, and even then, it’s debatable whether it was truly taken on Thursday or a couple minutes into Friday morning, ha! 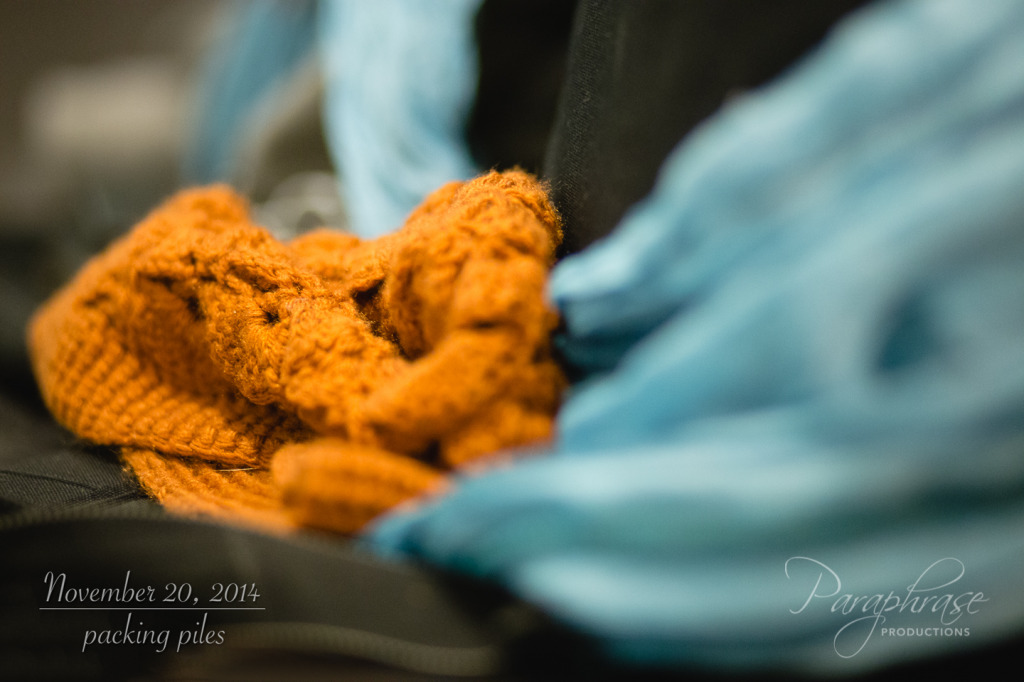 Friday morning, I grabbed my backpack and my carry-on and headed out into the POURING rain.  I dumped everything in a soggy pile by my desk at the office and impatiently waited until 4pm.  I ended up sneaking out a few minutes early to make sure I made my flight and jumped on the skytrain to head to the airport.  After a humorous incident at security where I was questioned about the large plastic fan taking up half of my carry-on (a girl’s got to sleep!), I made it with about 25 minutes to spare.  I touched down in Calgary at 8:30pm their time and found my ride into the Rockies.  I grabbed a photo from the backseat of the car during our 1.5 hour drive into Canmore where I met up with Nick.  He was editing all the footage they had taken the day before, as the couple had a pre-ceremony, ceremony up in the snow with just close family before having the actual ceremony on Saturday with all their guests. 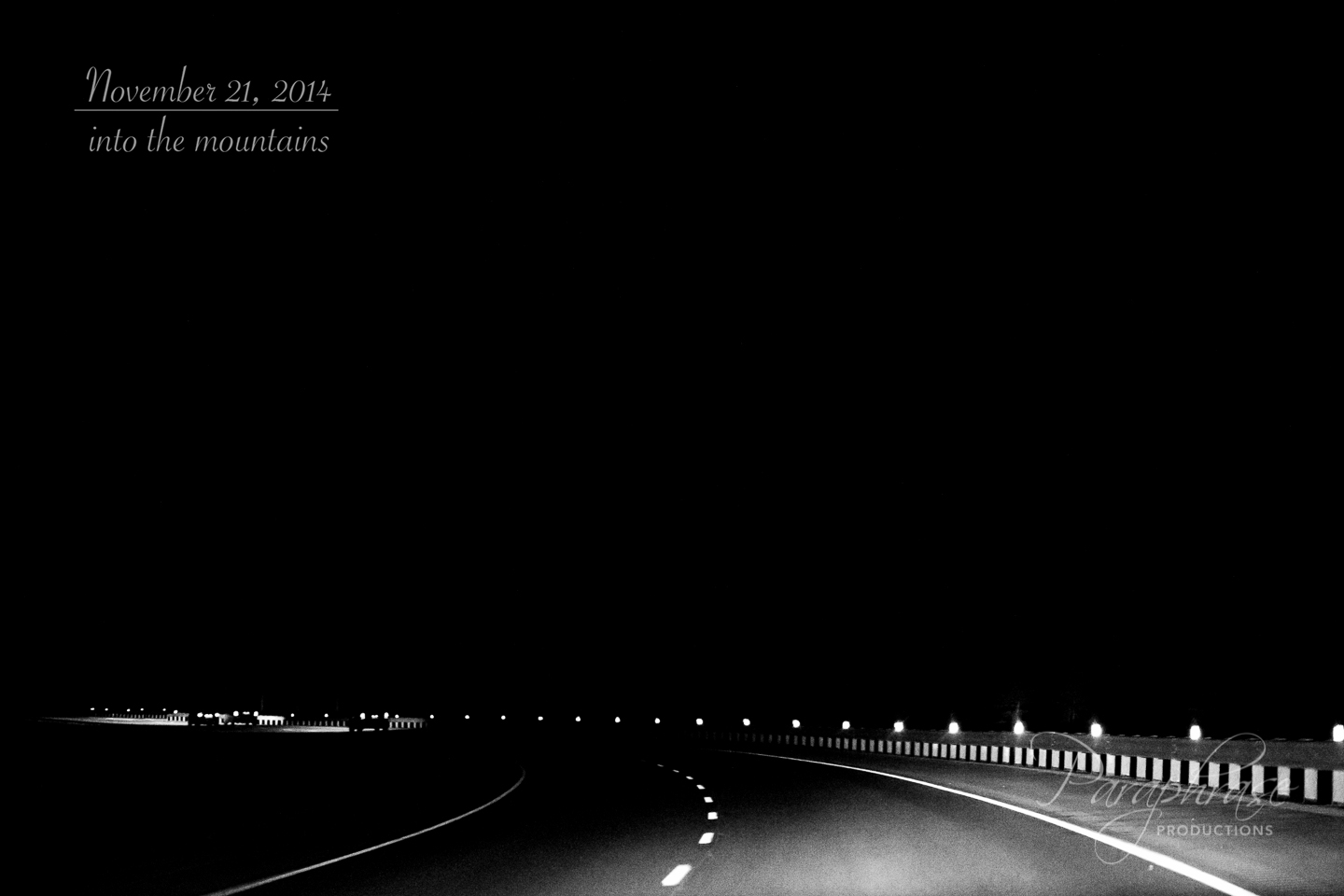 Saturday morning, I was hugely thankful for hauling my fan along with me as the bridal party was all getting ready in the living room of our shared condo at a very early hour.  However, this was such a relaxing wedding for me as I wasn’t actually shooting it.  Another friend of the bride’s was photographing her day and Nick was mostly fine videoing it on his own.  I only had to step in and help with some reception coverage at the end of the day.  However, I totally tagged along with the bridal party and trudged around in the snow by myself while the photo and video shoot was going on nearby.  The scenery was incredible! 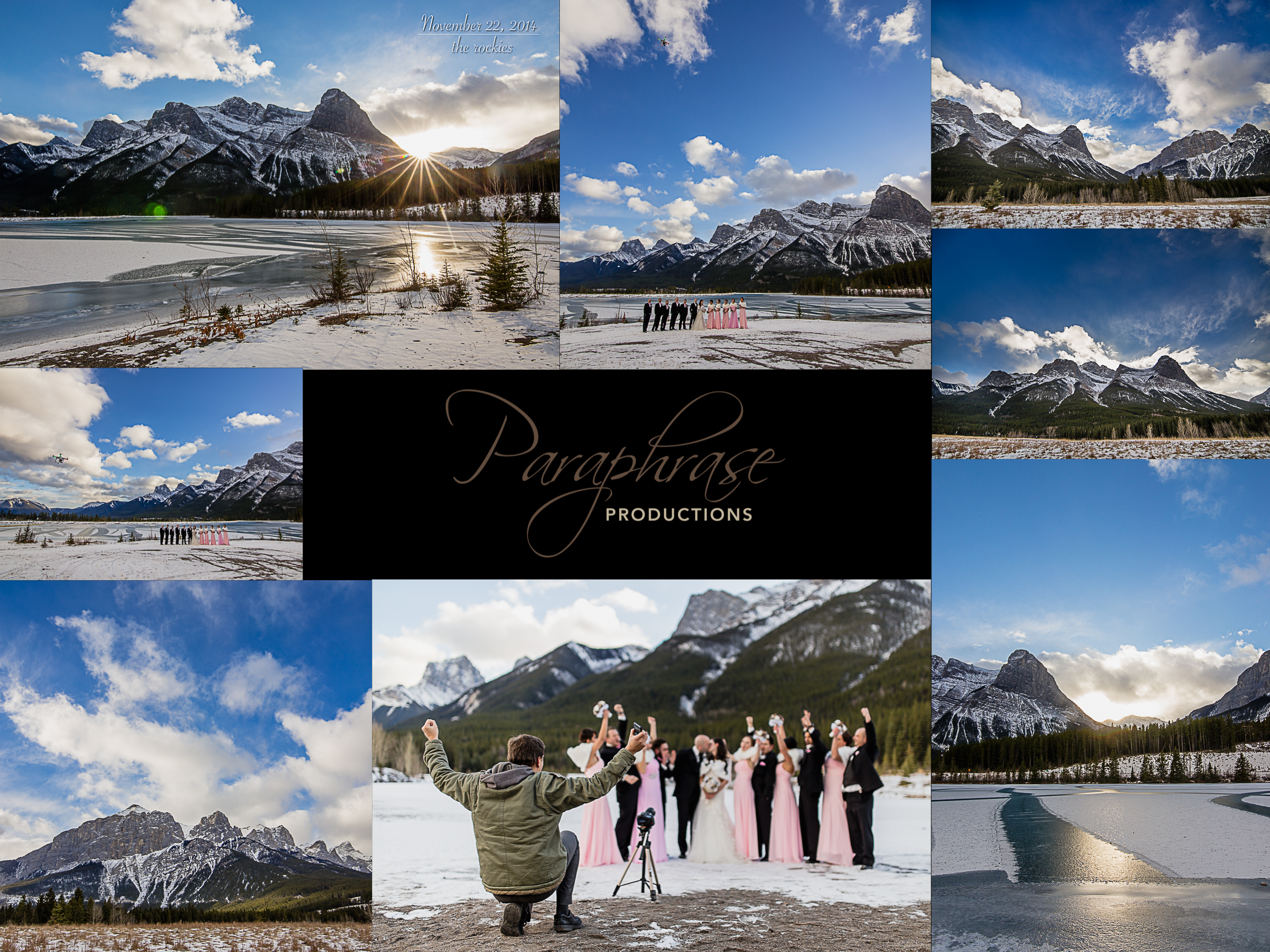 Sunday, we headed back to the Coast in the mid-afternoon, touching down around dinner time.  Unfortunately, transit on the weekend is not as ideal as transit during the week and it took us about 2.5 hours from hitting the pavement to getting in the front door.  We climbed into bed to warm up and relaxed for a couple hours.  Since I had taken the next day off work, we had scheduled dinner and a movie for that evening.  However, since flights can be unpredictable, we scheduled it for 9:15pm so it was a late night!  We were very much ready for bed by the time midnight rolled around and we got home. 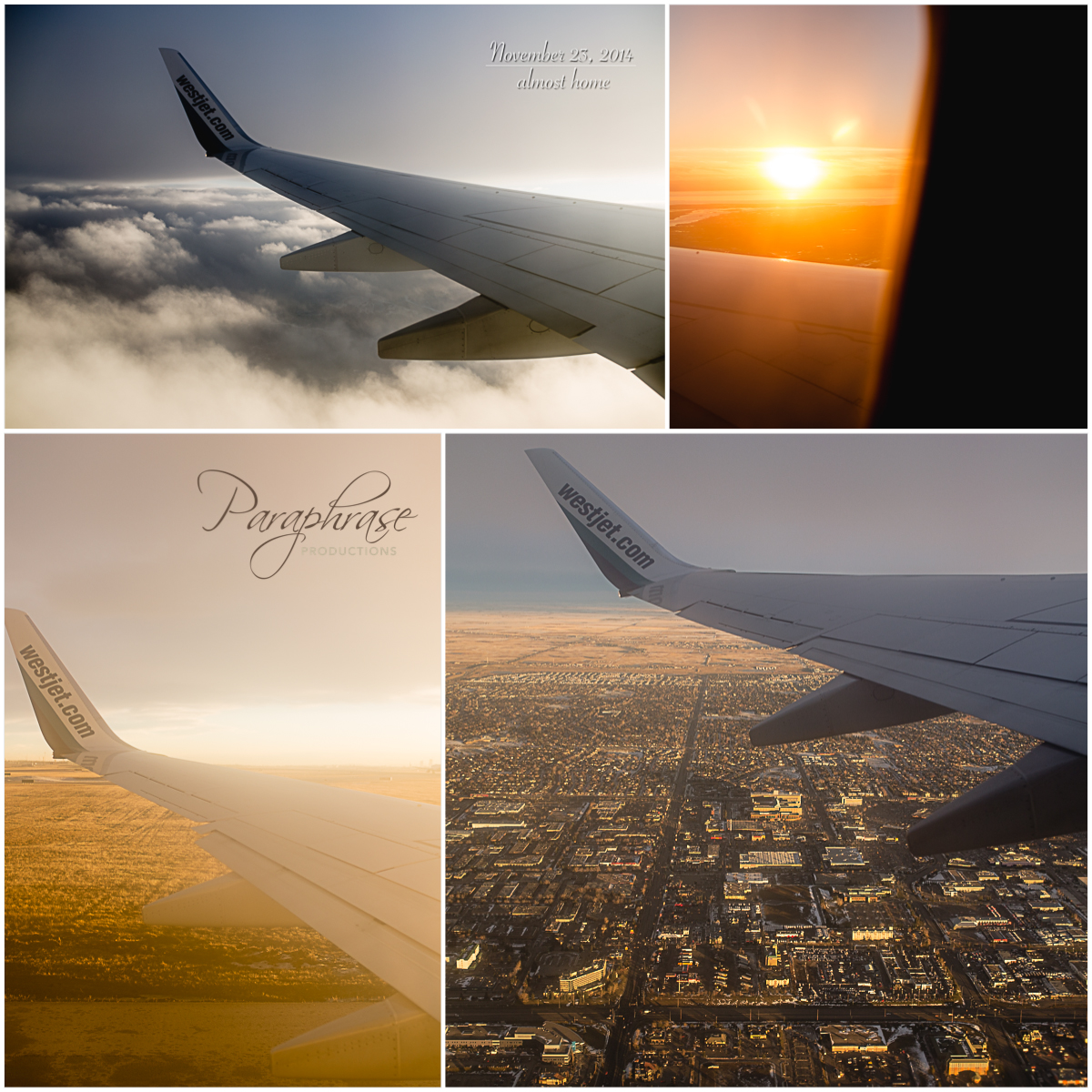 Monday, Nick got up and took his computer into the Apple Store for repairs while I showered, unpacked, and made lunch.  Turns out it was cheaper for them to just give him a BRAND NEW ONE that was actually an UPGRADED version of his.  So awesome!  When he got home we had some soup and dumplings together and watched Netflix (still haven’t purchased groceries in almost 7 weeks!).  Then I headed off to teach for a few hours while Nick worked on setting up his new laptop.  I moved all my kids earlier into the afternoon so I was done and home by 6pm.  We decided since it was one month until Christmas Eve and we were both home not working, it was time to put on some hot chocolate and pull out the Christmas decorations.  Nick hung the wreath and helped set up the Christmas village while I decorated our small tree.  All in all it was a very relaxing day despite having a few hours of errands and teaching to do. 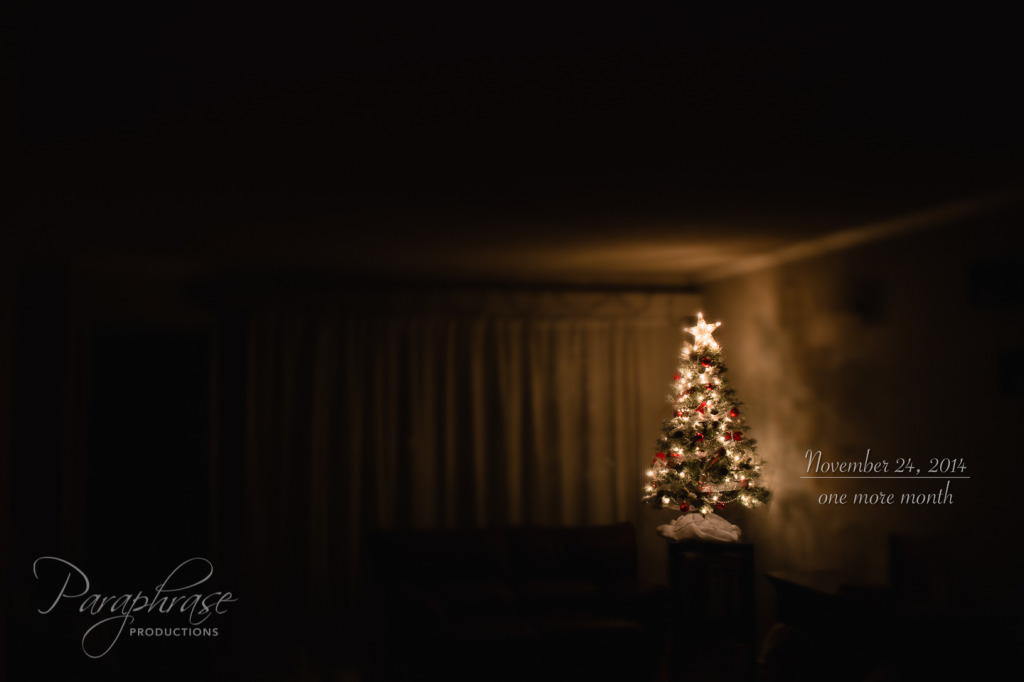 Tuesday felt like my Monday.  Since  I’m shooting another wedding at the end of the week it really technically is my “Monday” I suppose!  I worked.  I taught.  I made a dinner of very random things found in our freezer since neither of us actually wants to go buy groceries, and we still have so much food.  I’m giving myself one more week before I think we’ll actually have to pick a few things up, but on a whole, we’re still not hurting!  It’s a good thing neither of us are remotely picky eaters.  I have to tell you, though, freezer-burned meat is not the most tasty thing in the world.  (Hence why I’m so determined to actually clean out our freezers before we buy anything more!).  By the time teaching was done and dinner and clean-up were finished it was already 10pm, so I grabbed a photo of our lovely decorations that I’m very much enjoying and headed to bed to surf the net. 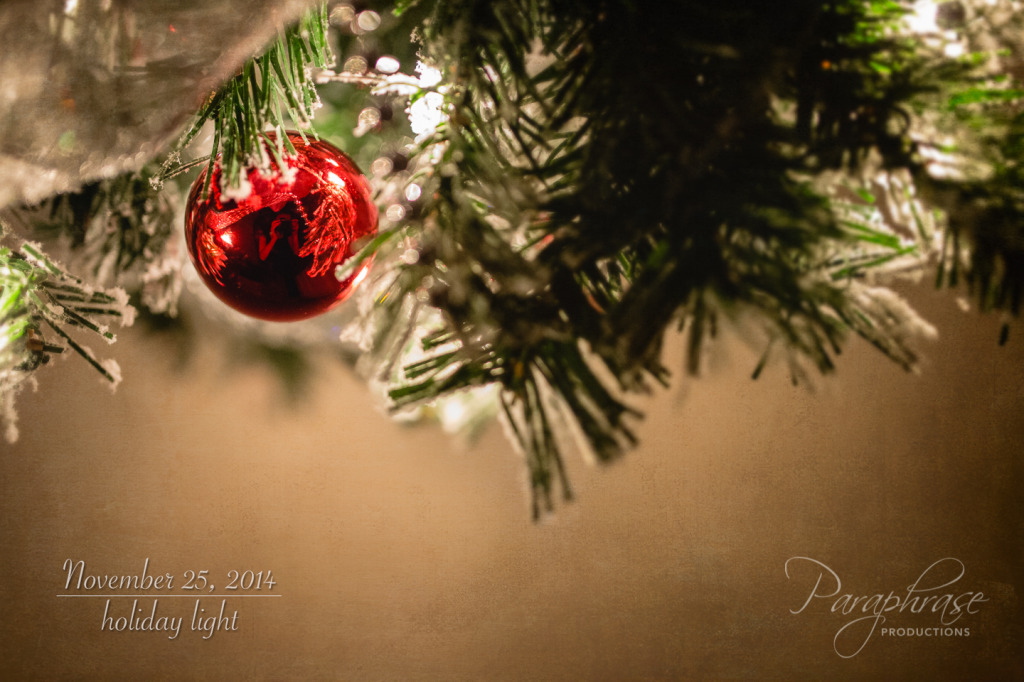