We’re officially 8 weeks into our project and it’s going great!  Out of the 60 of us that started together two months ago, more than half are still going strong and posting almost daily.  Here’s hoping that we all make it to the finish line!
Wednesday I headed out to our old city to teach my 5 piano students there and managed to snag the best seat on the train after watching it like a hawk for 10 stops: 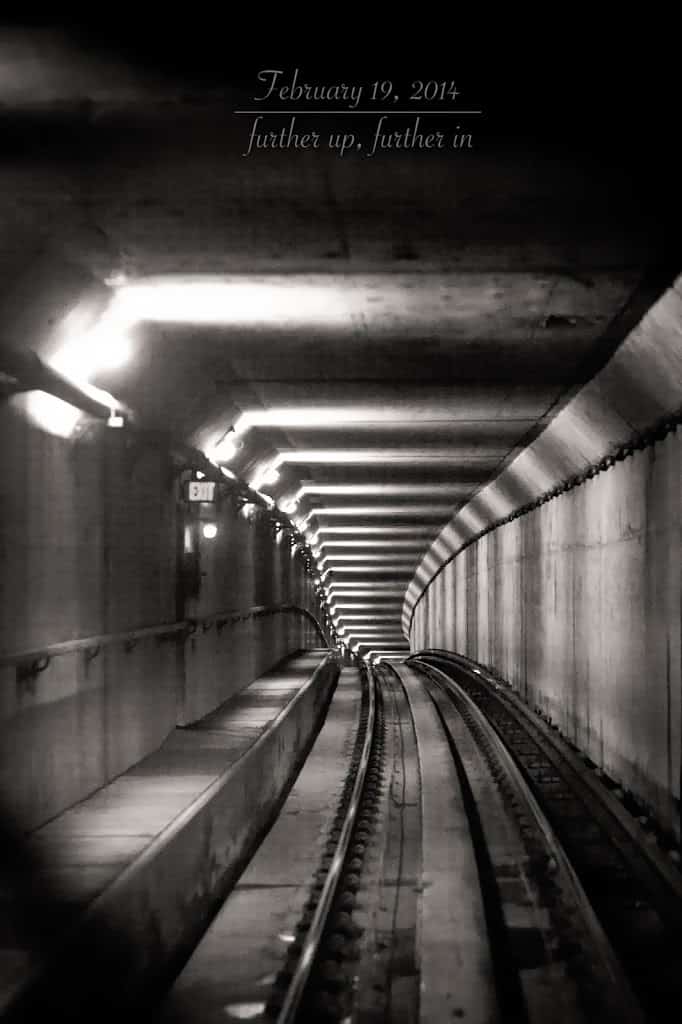 Thursday Nick had to pick up some footage to edit downtown so I scored a rare ride in which bought me an extra 25 minutes of sleep and a warm commute the entire way with no pesky transfers. 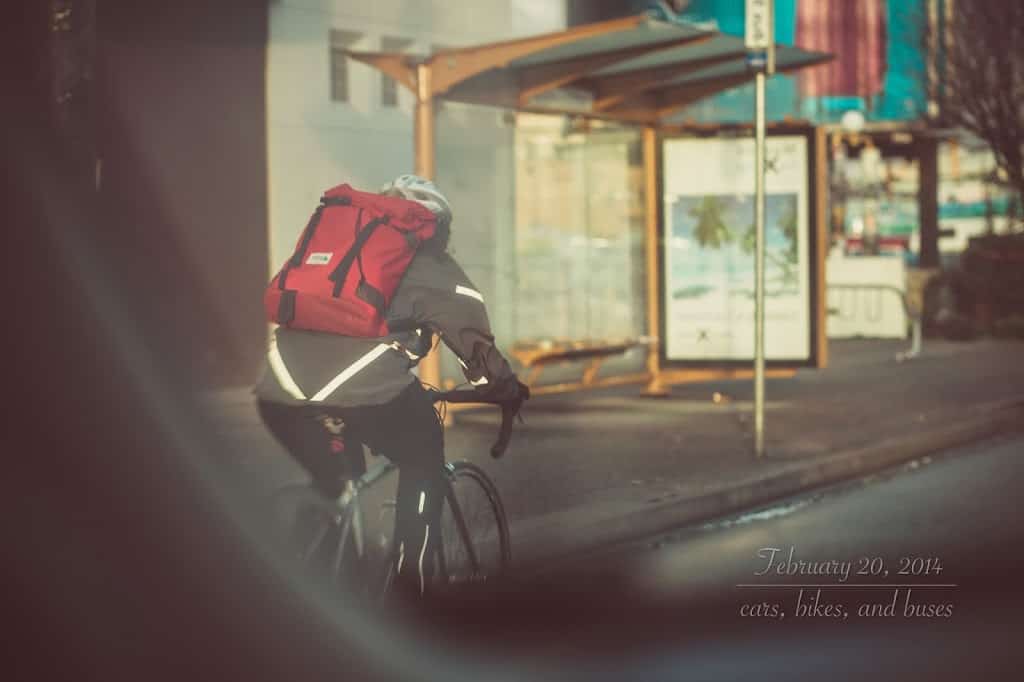 Friday night I had my dear friend and mentor come over for a quick visit that ended up with us completely losing track of time and chatting til past 11pm that evening!  Nick was out playing some games with a group of guys so it worked out perfectly. 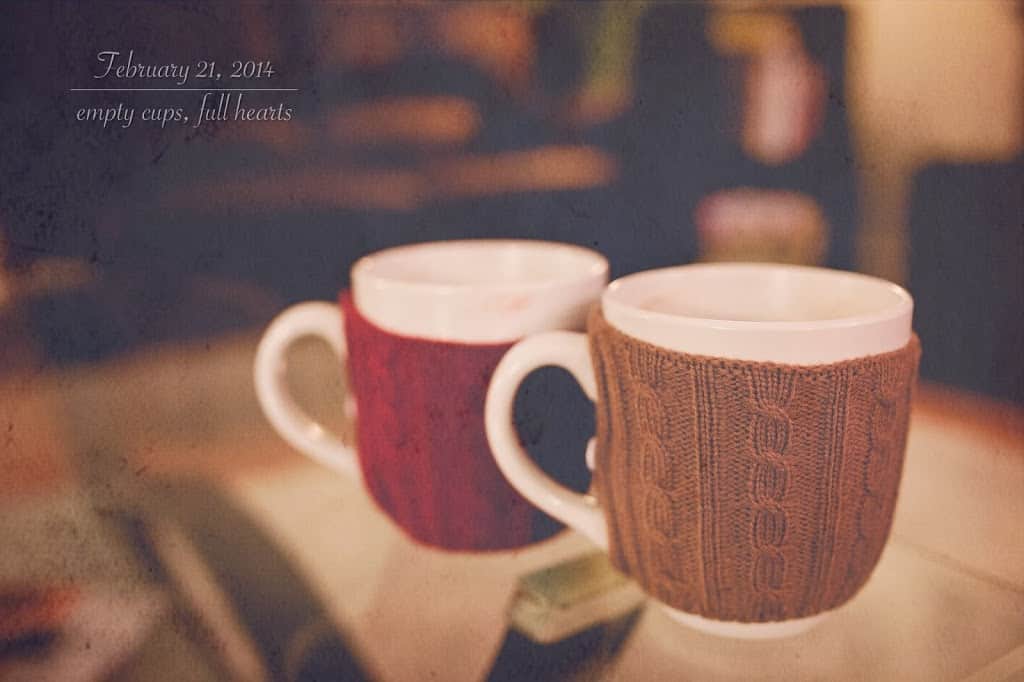 Saturday morning I had to drag my butt out of bed to go to a bank appointment and pick up a credit card.  Nick came with me and we bought Timmy’s together which was a treat.  That afternoon I headed downtown for a friend’s baby shower, which I posted HERE if anyone is interested.  I also took some photos for my dear friend, Tara’s, blog.  She hasn’t posted them yet or else I would link up :).  Tara is responsible for all of the beautiful decorating at the shower as well as the cute little chalkboard labels throughout her house as pictured below: 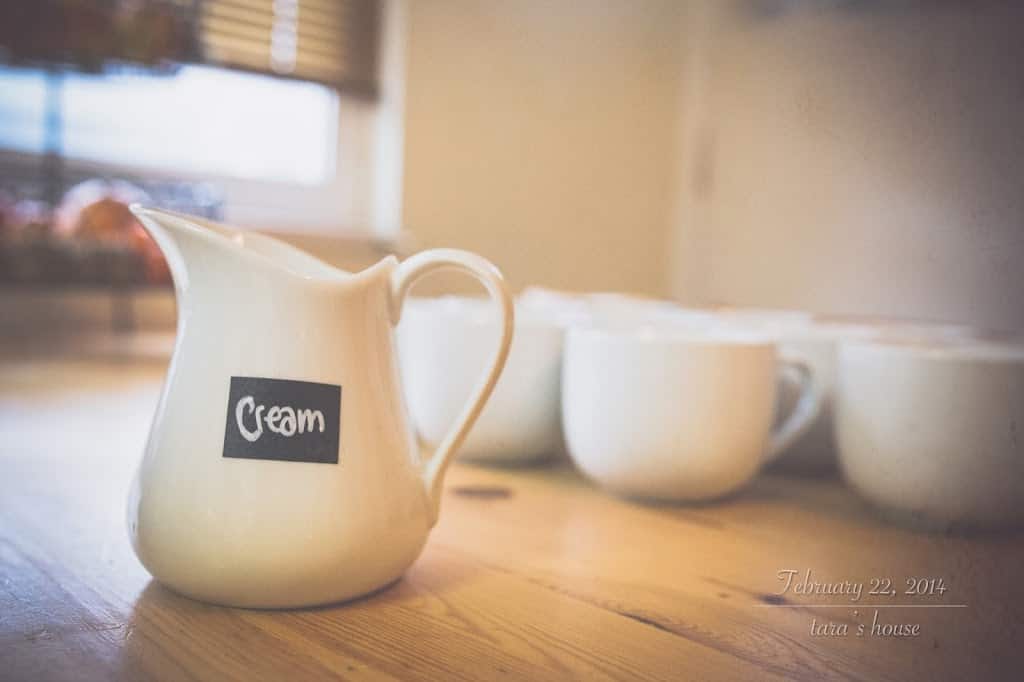 Sunday Nick and I attempted some baking.  While it tasted great, it didn’t stay as pretty as it looks in the photo below.  I think we’ll grease the pan a little better next time around 😉 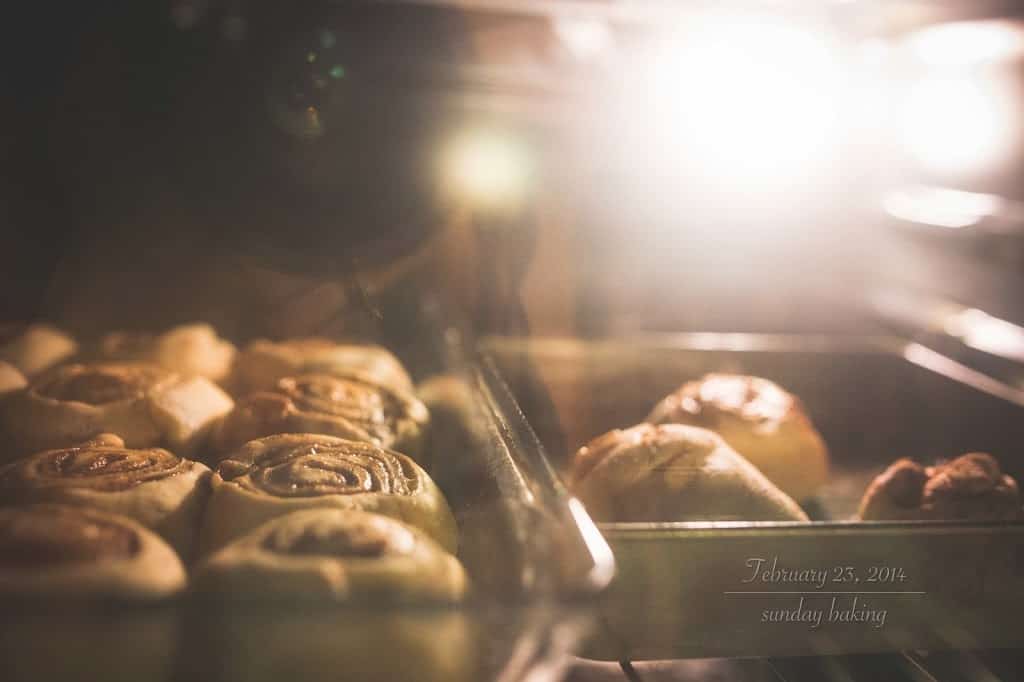 Monday it snowed.  I mean REALLY snowed.  Downtown it didn’t really stick, as you can see below.  But let me tell you – I was scared out of my mind driving in it up the mountain where we live later that night.  Going to my students’ house, I eventually just threw the car in park, slid it back into a snowbank, put the emergency brake on, and announced to all the onlookers that I’d be back to deal with it in an hour.  I was running late and had three more back-to-back lessons to go at that point.  (I should also add that the whole ordeal was a lot more scary and aggravating that that cavalier sentence made it sound).  On my way home, my anti-lock breaks decided to kick in on the way back down the mountain, and my tires didn’t grip the road again until almost the bottom of the one hill section.  Which was perfect being that there was a blind stop sign at that point! 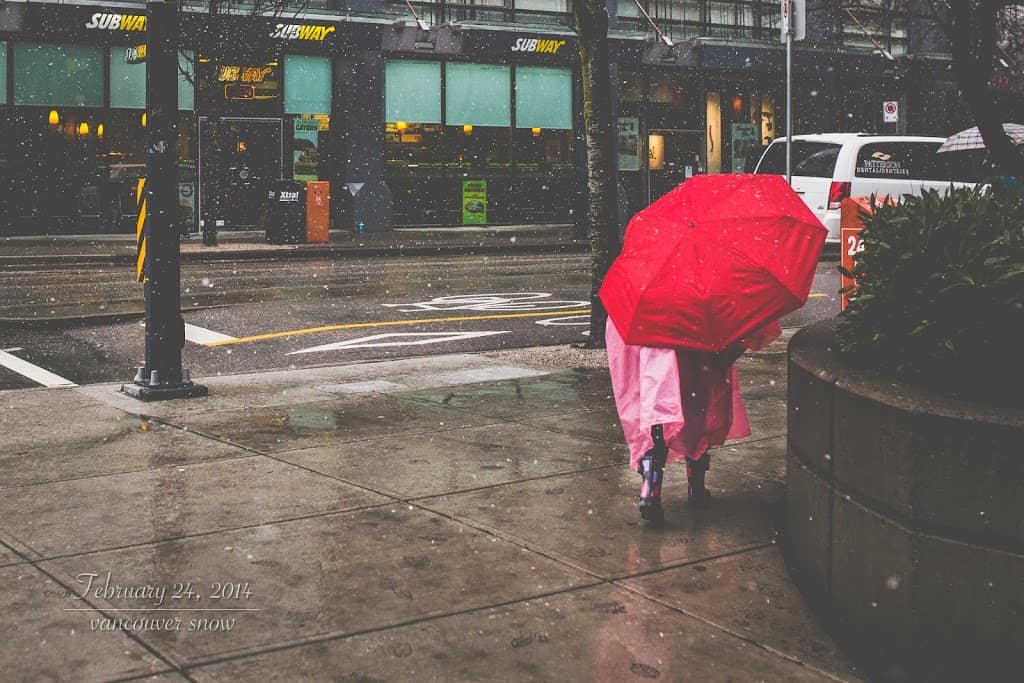 Today my wonderful coworker came back to work out of our office location for the day and it was a lot less lonely than it has been!  We all went out for lunch to say goodbye to another coworker that found another job with more suitable hours for her.  I got stuck as the only girl at the guy’s table, but that’s probably alright since guys generally have more interesting things to say anyways.  I ran around after lunch grabbing a handful of photos so that I would have one to use for today, but it was in vain, as this caught the corner of my eye as I walked up the steps tonight.  I’ve always loved the way the setting sun bounced off the gold buildings across the street, and after the previous night’s fiasco, I think a photo with a little snow in it is fitting! 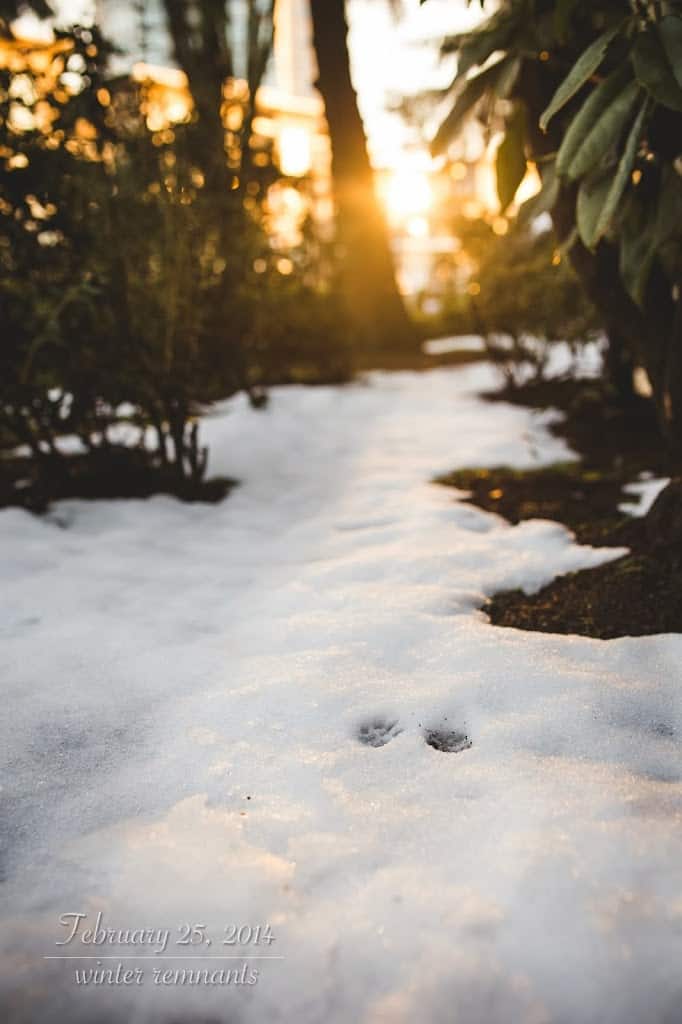 And I’ll leave it at that as I have a piano student arriving in less than 20 minutes and should “get off the computer” now (which is really code for waste 10 more minutes of Facebook).