Friday was an interesting day in the Froese house.  The previous day we had gone fish shopping to get Bacon some friends.  He’s kind of pathetic so we thought maybe he would perk up with some buddies to annoy him.  However, a few hours after their arrival, one of them didn’t make it.  So, on Friday, we took new guy’s poor little body back to the pet store for a water test and a free replacement (since apparently our water is excellent). 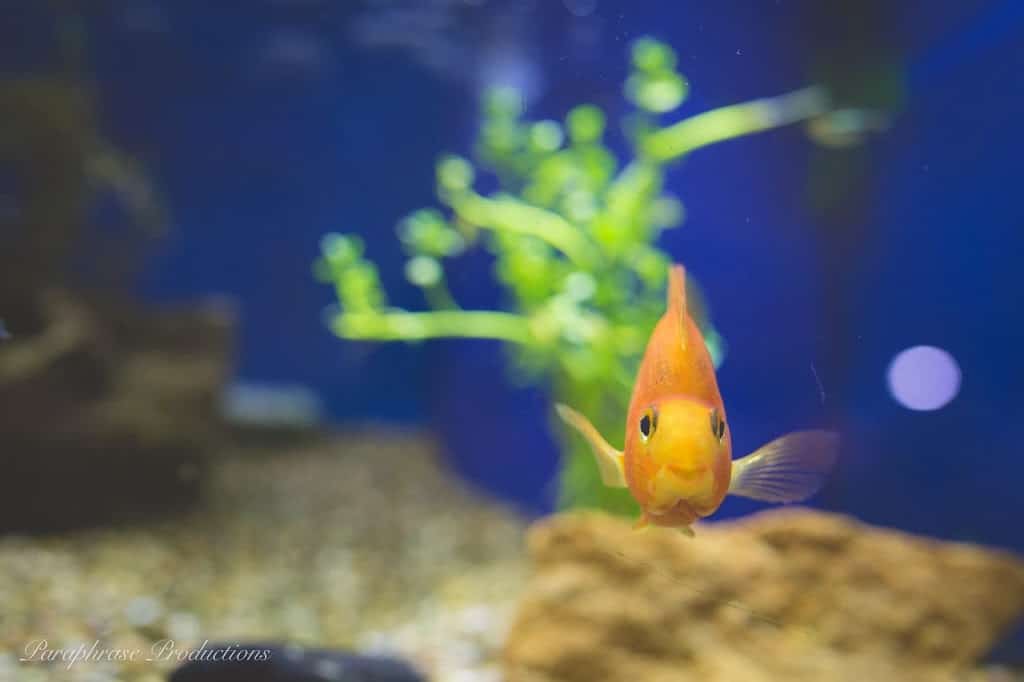 We also laughed and said no to minion fish: 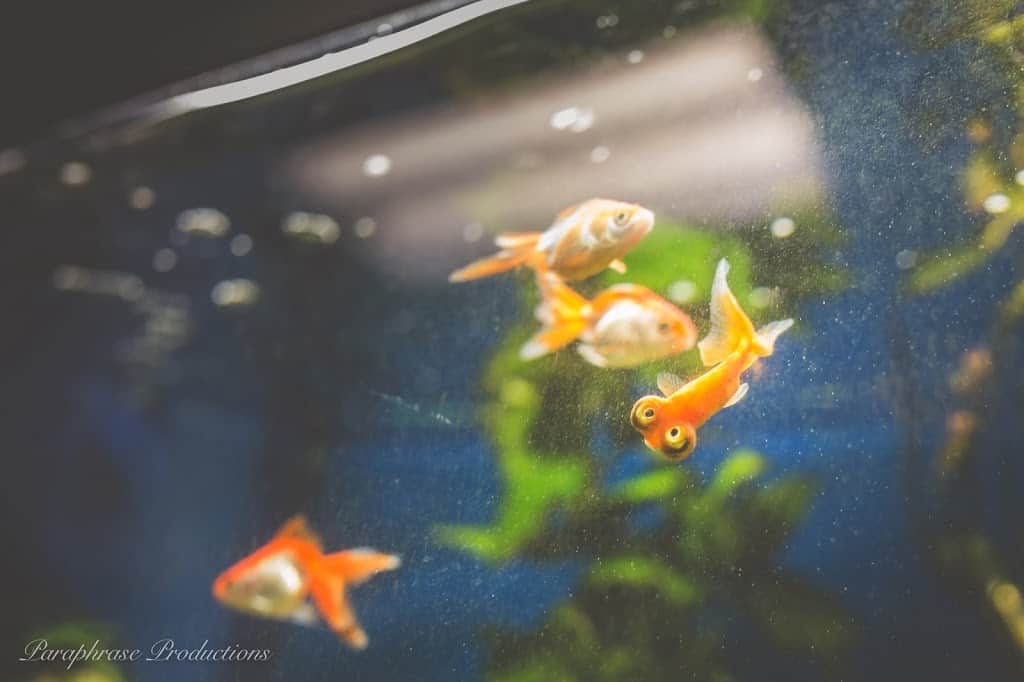 We settled on something small and compact that Bacon wouldn’t want to eat.  Anything too elaborate with pretty fins will only will start an all-out war with a fighting fish. 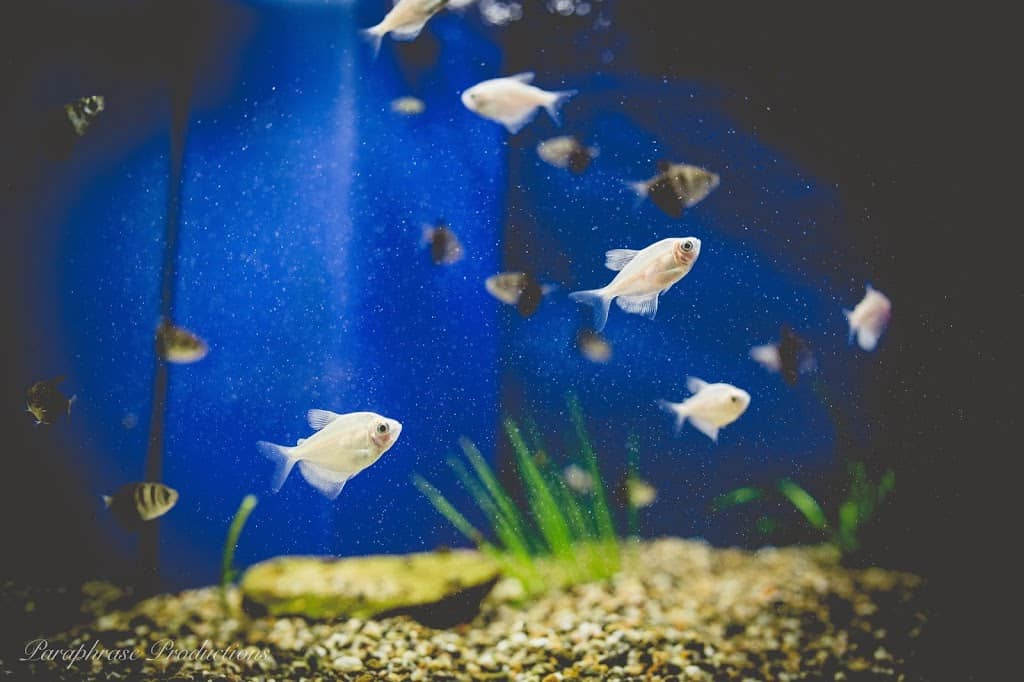 Bacon puffed out his chest a bit, but continued to lurk in the shadows.  That’s him in the back on the left there: 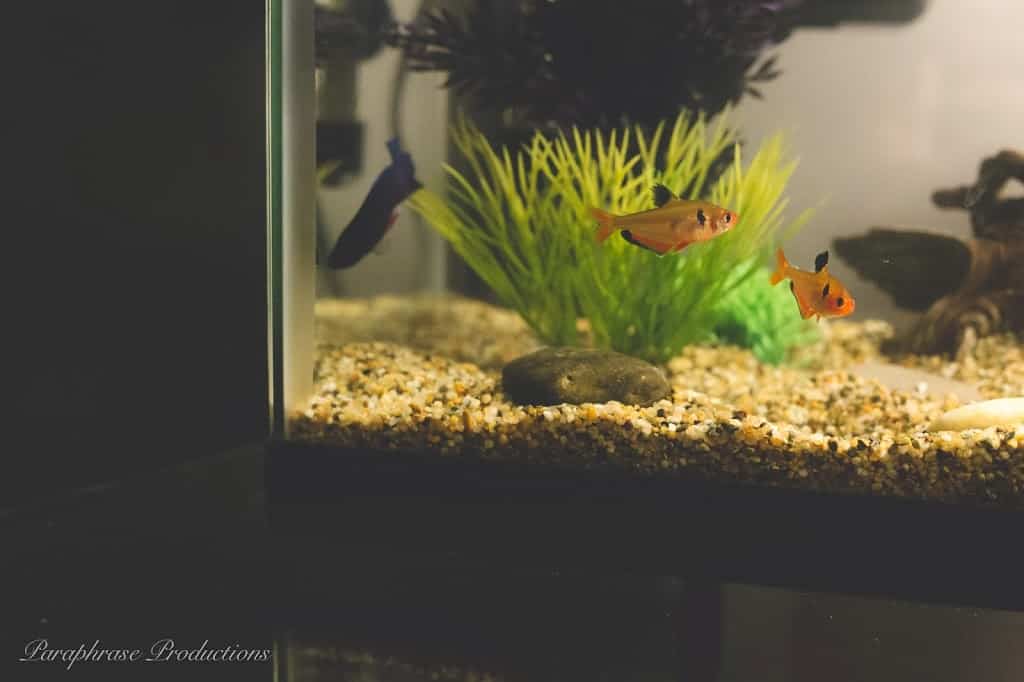 But all was well.  Or so we thought….  Nick came home a few hours later from finishing some stuff at work and went to see how Bacon was getting along with his new house mates.  There was only one problem.  He couldn’t find Bacon anywhere.  We pulled out the decorations.  Checked inside the filter.  We even looked around the table on the floor because Beta fish can jump.  (While I knew this, I have never had one actually leap out of a tank before).  He was absolutely no where.  He couldn’t have just vanished.  He was too big to be killed and eaten by the new comers.  And he was just there an hour ago!!  I looked around and thought, “What if he jumped a full foot, cleared the far edge of the table, and then flopped his way along the floor and under the couch?”.  No… But I had to check.  As I got down on the floor, I realized it’s been a good solid year since I’ve cleaned under that couch.  There were dust balls, hair tumbleweeds and the like.  It was impossible to see.  I slowly reached my hand under and towards what looked like a hair ball.  It wouldn’t be him…. As my finger tips brushed it and it twitched, I screamed and pulled my hand back out.  I started exclaiming, “It’s him!  It’s him!  Nick, get him out!”.
We pulled him out on a sheet of paper and plopped his almost listless body into an ice cream pail.  Thankfully I had a few gallons of already treated water in the pantry for future tank changes that I quickly used to fill the pail.  We watched him and wondered if he had died in the last 10 seconds as he barely moved.  I tentatively reached out and touched him, and nope, definitely not dead!  We googled and found they could breathe air for a few hours and still survive.  A couple days even if their bodies were kept wet, which his definitely was not in all that dust.  A quick call to the pet store confirmed that he would not be able to untangle himself from the dirt and hair on his own.  We gave him a couple hours to come out of shock and then proceeded to remove all the dirt and hair slowly with tweezers throughout the night.  As he swam a bit, more would come loose enough that we could grab it and and tug it slowly off of him: 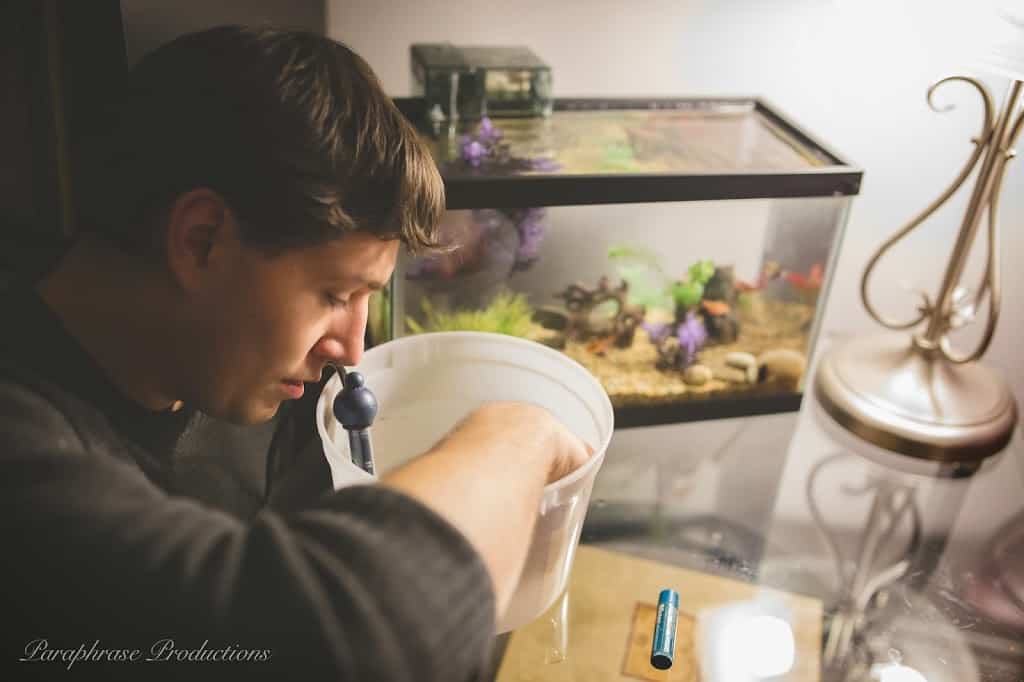 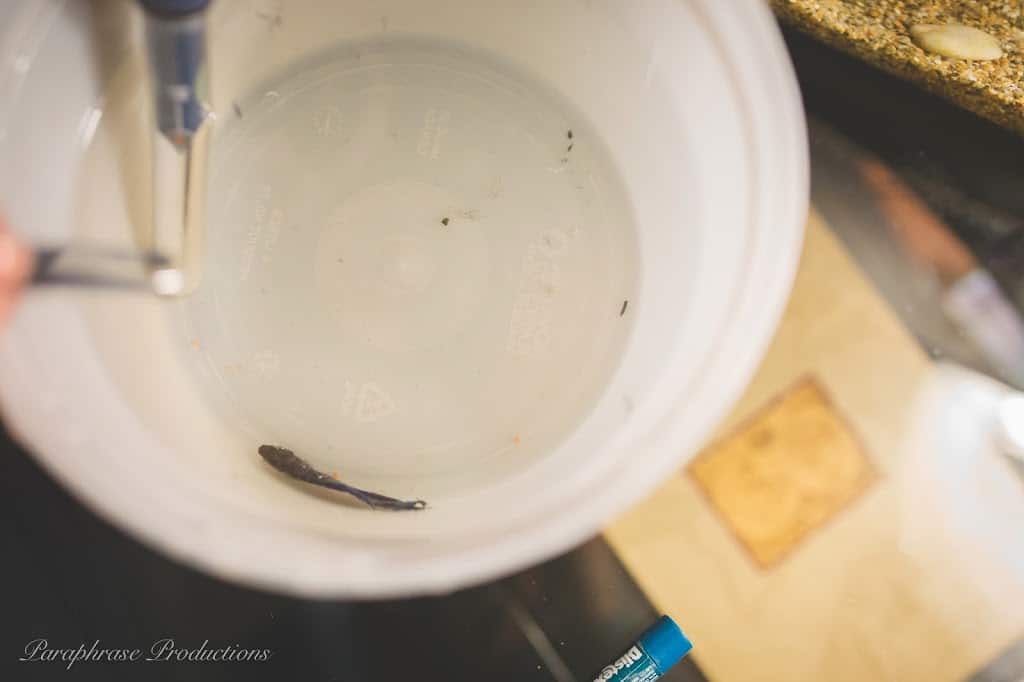 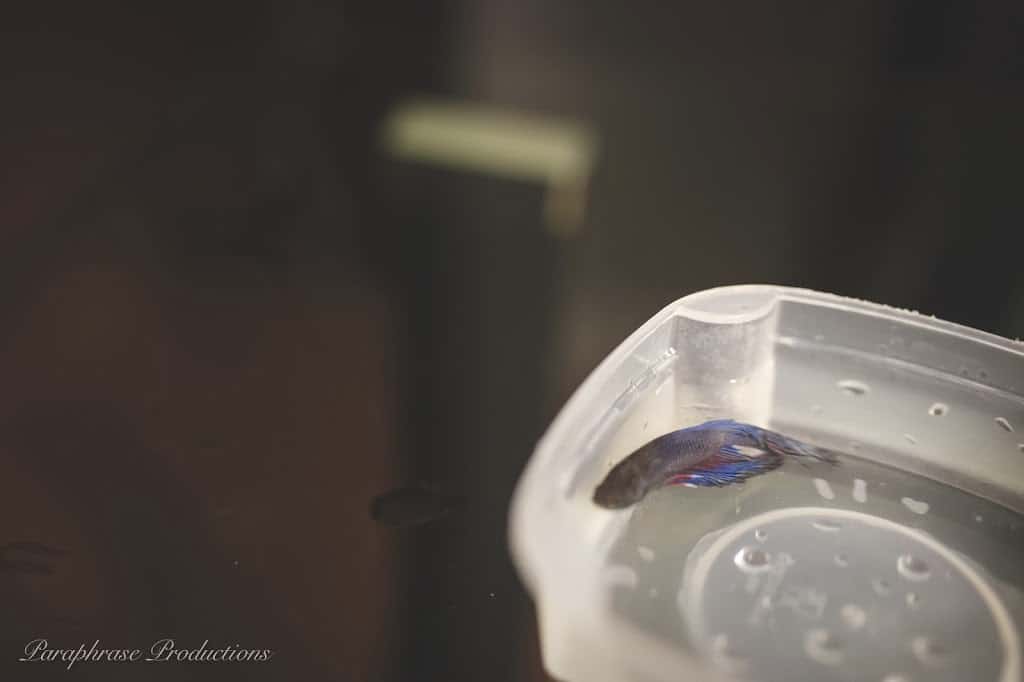 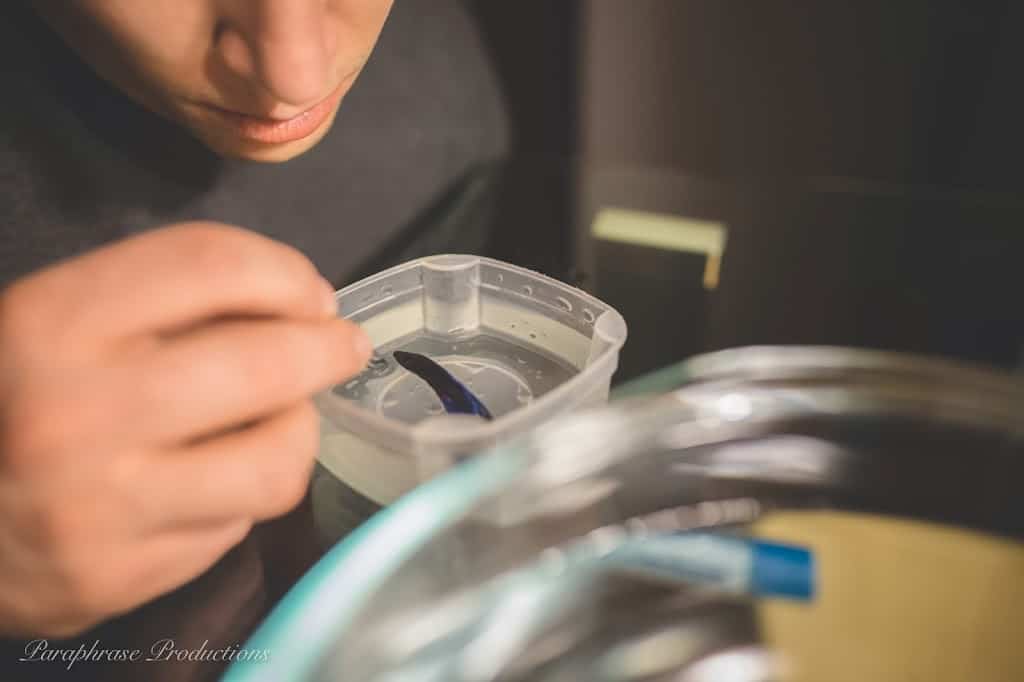 We warmed up a separate bowl and quarantined him for the night.  He came into the bedroom with us as it’s the only room with the heat kept on through the evening, and the other fish needed their little heater back.  We were still scared he’d try again, so I covered the bowl with Christmas netting and tied it down with scotch tape and a ribbon. 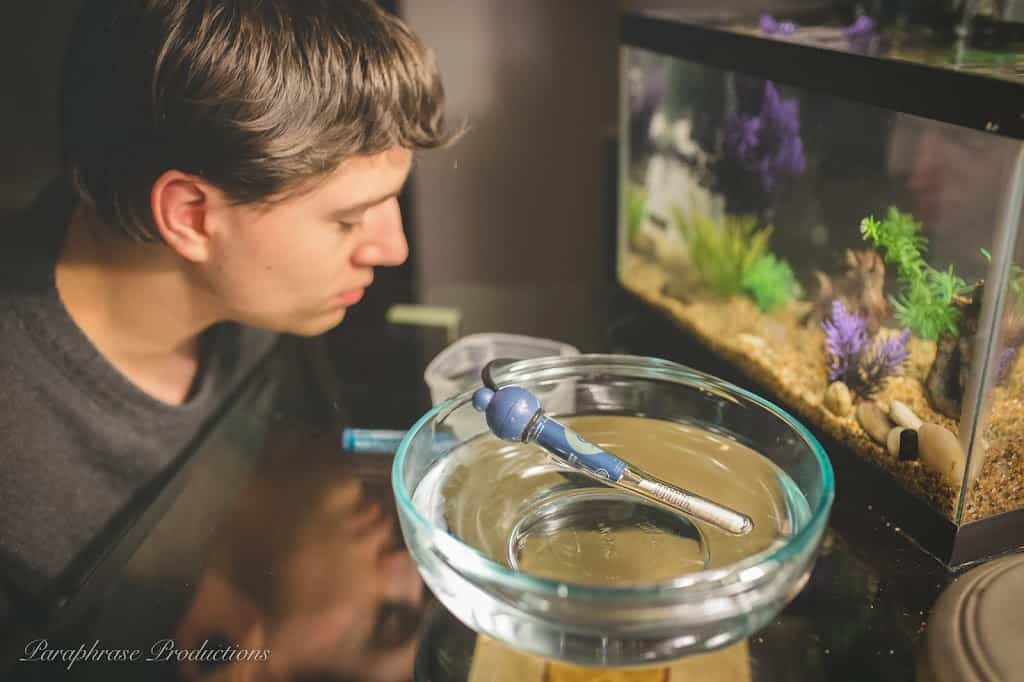 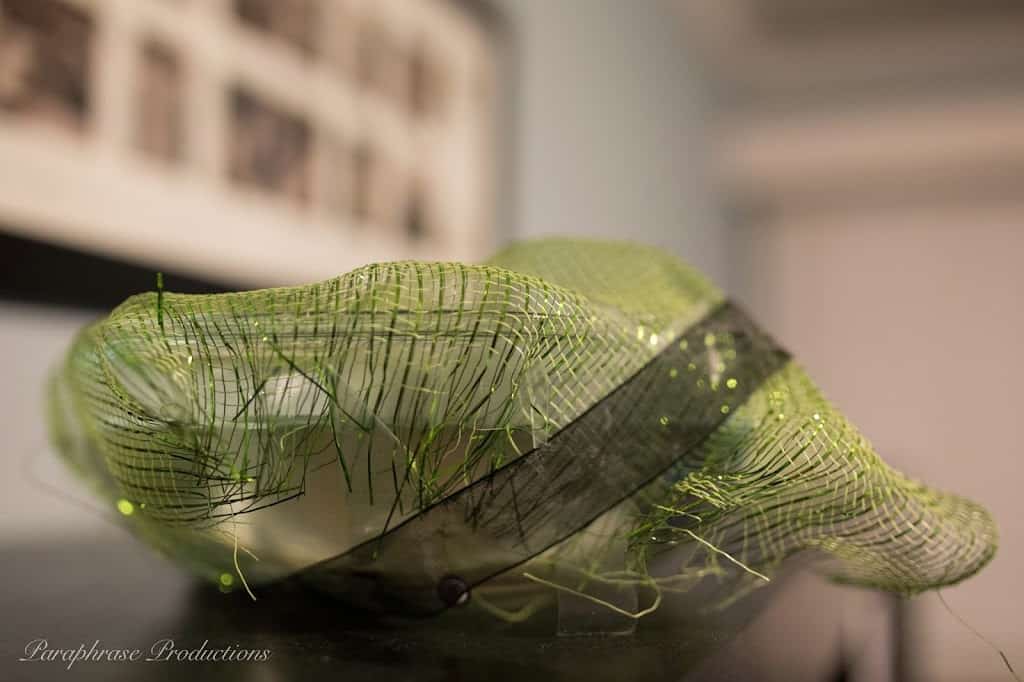 He was okay.  We put him back in the main tank the next day.  His beautiful fins are a little torn and ratty and there’s a cookie sheet overtop of the tank right now until I get a better permanent plan.  But hopefully he’s not like a goldfish and has a better memory, and simply won’t try again!
His middle name is now officially “Moron”.  We love our little Sir Francis Bacon Moron Fish.  Even if he’s looking a little rough for the next while until his fins repair themselves!
Older
Newer