Today was thankfully less eventually than the previous day.  We woke up in our nice hotel room after staying up way, way too late.  In my defence, 3:15am here is really only 12:15am back home.  I needed a number of car naps throughout the day to recover from that, however, since I keep forgetting I’m too old to stay up past 1:00am.  I’m literally racing the clock as I type this as it’s 12:37am right now!  Before we headed out, we grabbed a few shots with the animals across the street: 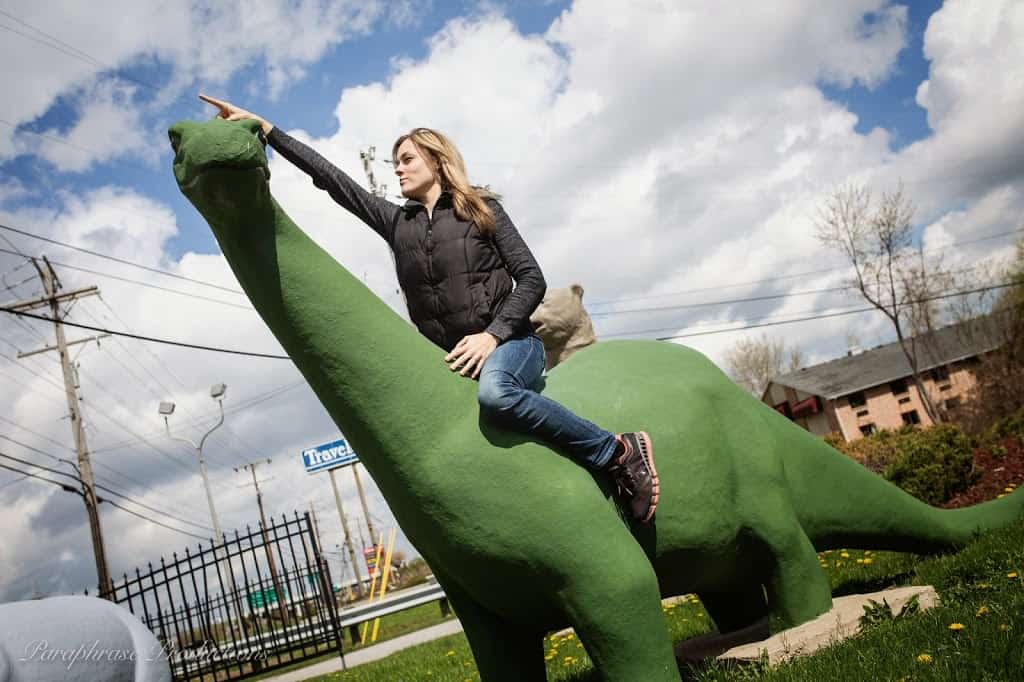 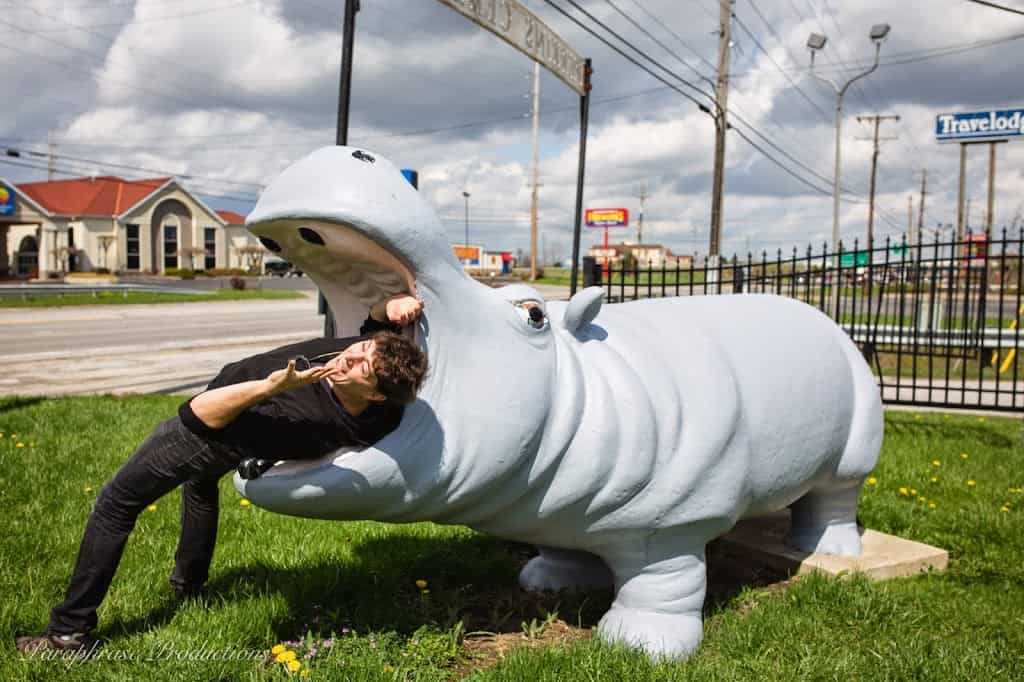 Then it was back on the road to New York under sunny skies.  The bright skies contrasted with the very winter-dead trees all around.  I guess Spring comes late to this coast: 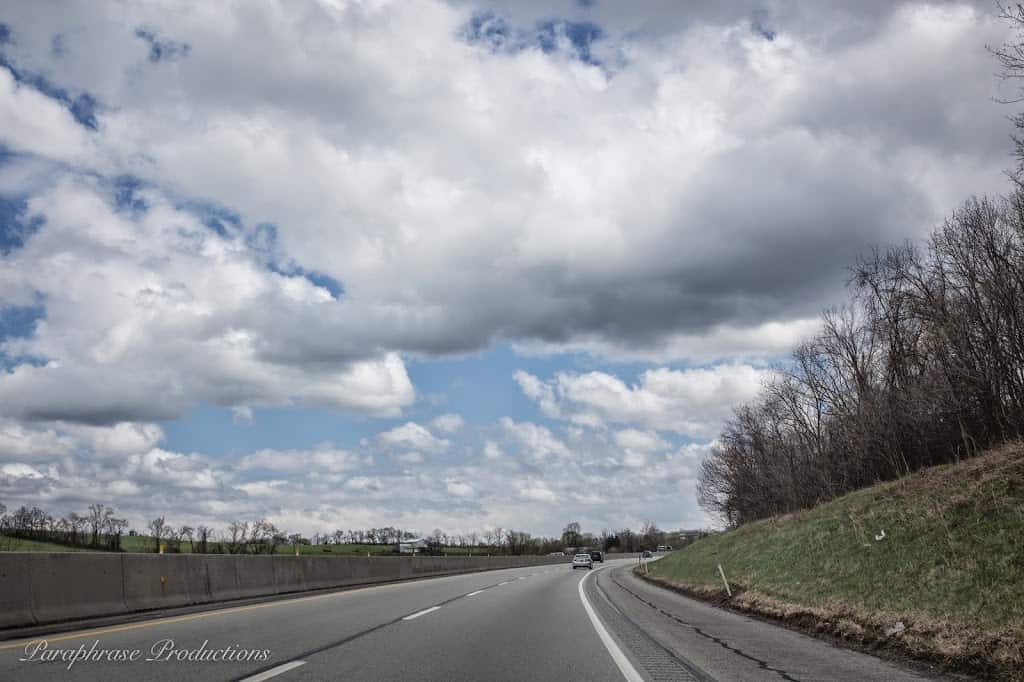 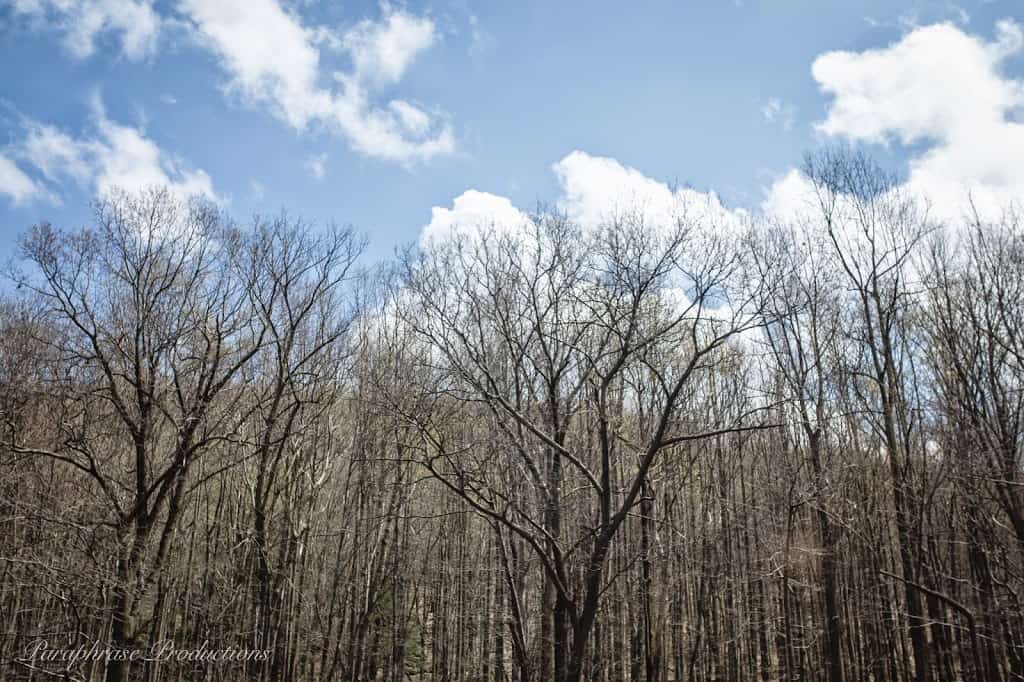 We continued on the silly “tolled roads” and at least got some cool tunnels to travel through for all our troubles.  I swear we’ve paid something like $50 – $60 in road tolls in the last 48 hours. 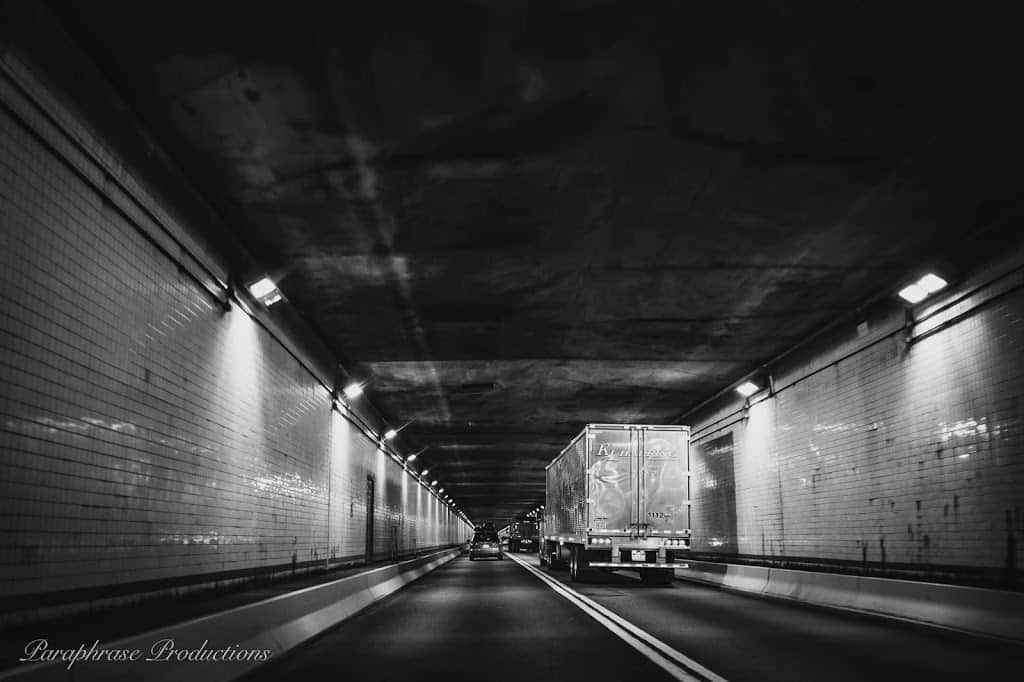 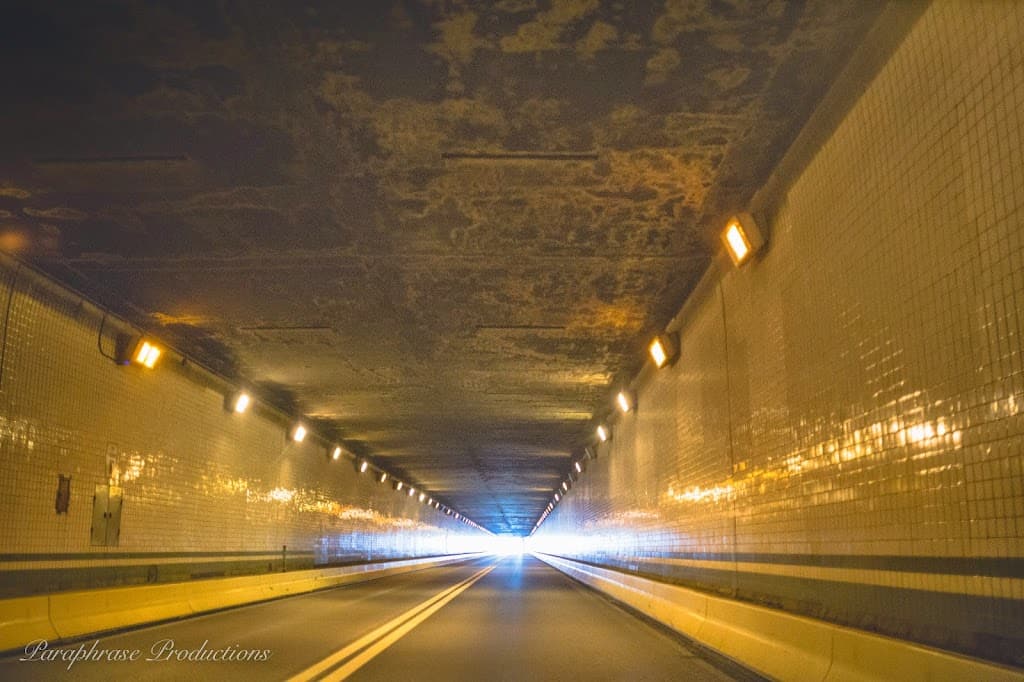 It was a pretty simple day.  Nick drove.  I napped.  We worked on our candy from the Popcorn Shop in Chicago.  I’ve wanted to try one of these little “burgers” since I was just a kid.  They’re not bad! 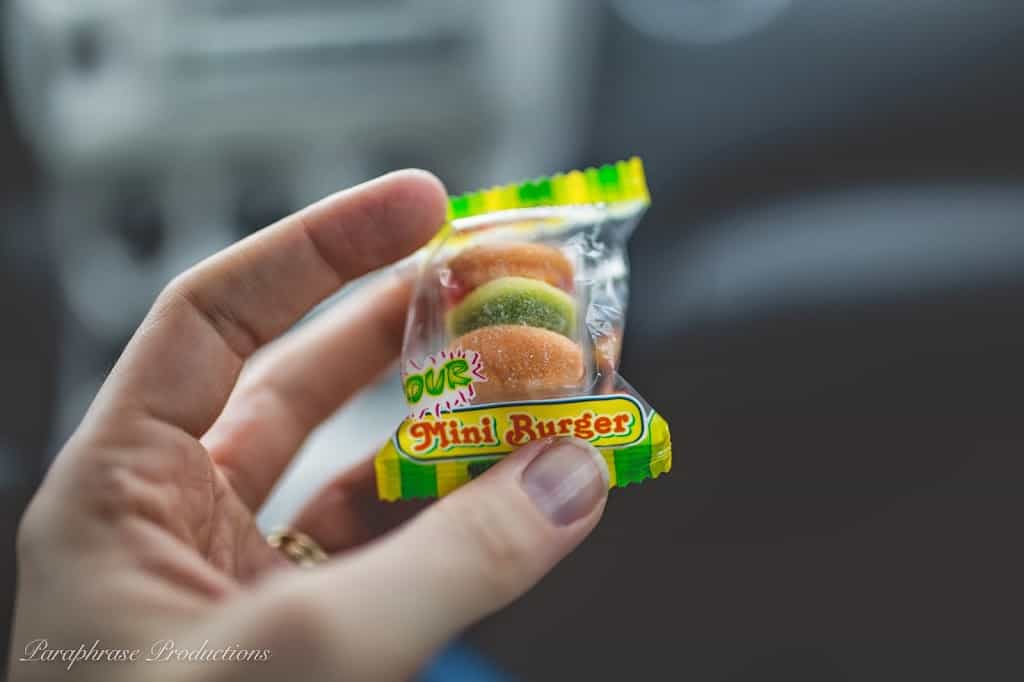 We drove the speed limit the entire day. 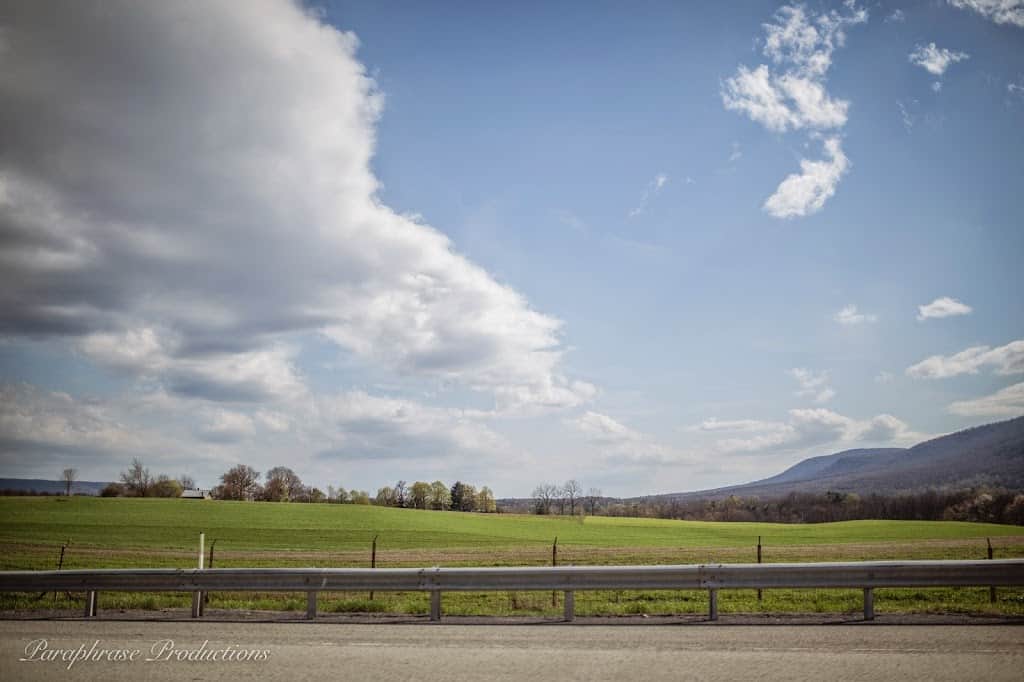 Even in “work zones”.  We eventually did find ONE work zone with real workers and real work being done.  I have photo proof.  And yes, you can see the large white truck driving faster and passing us in the next two shots…. 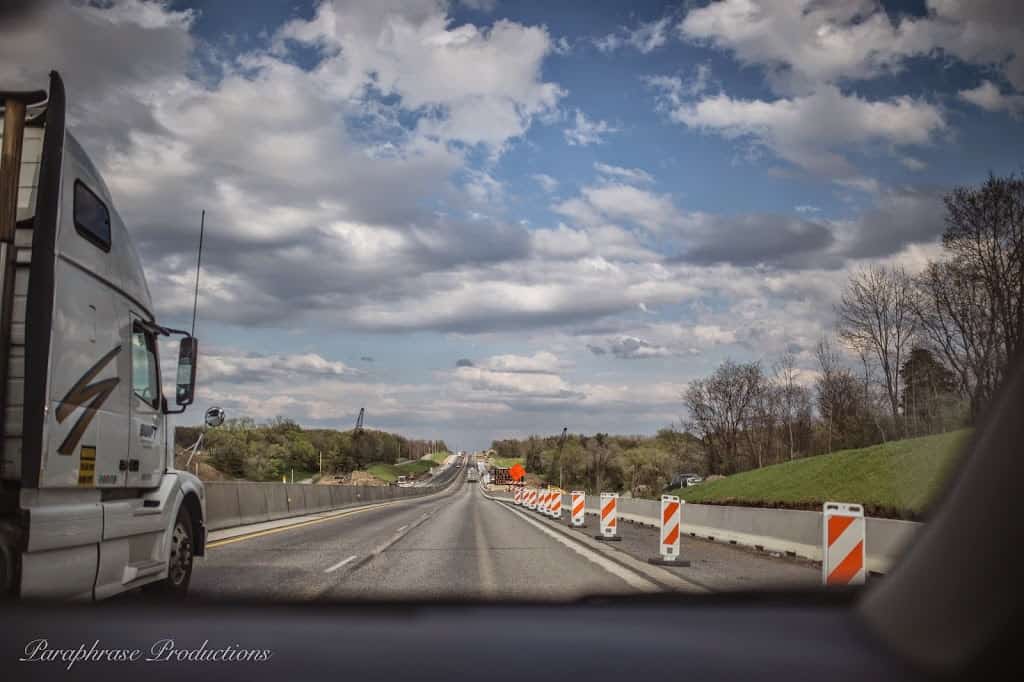 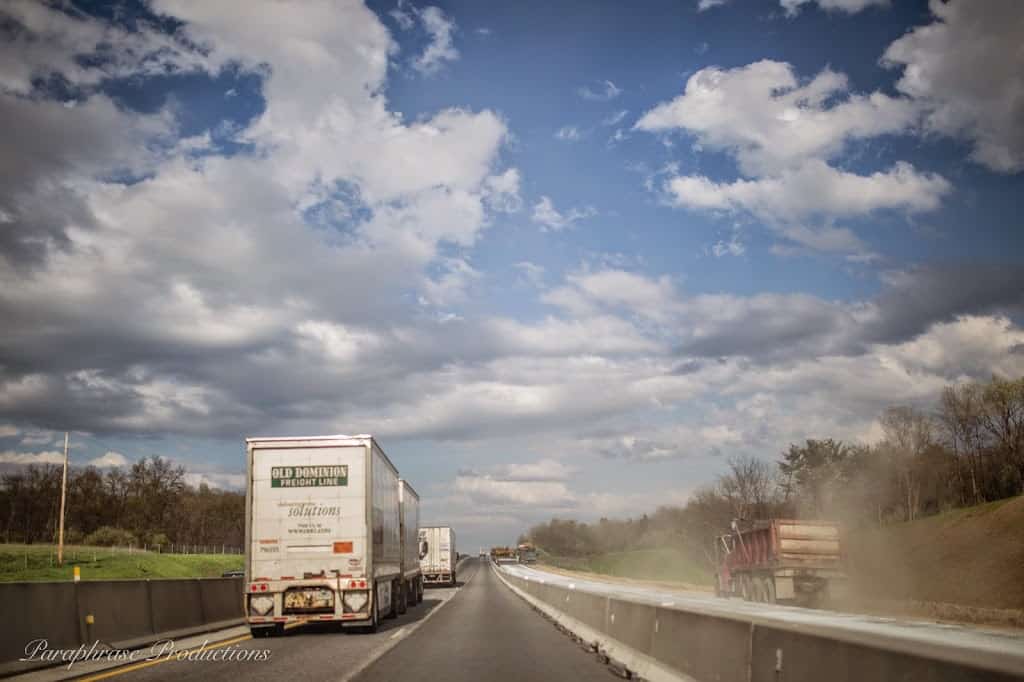 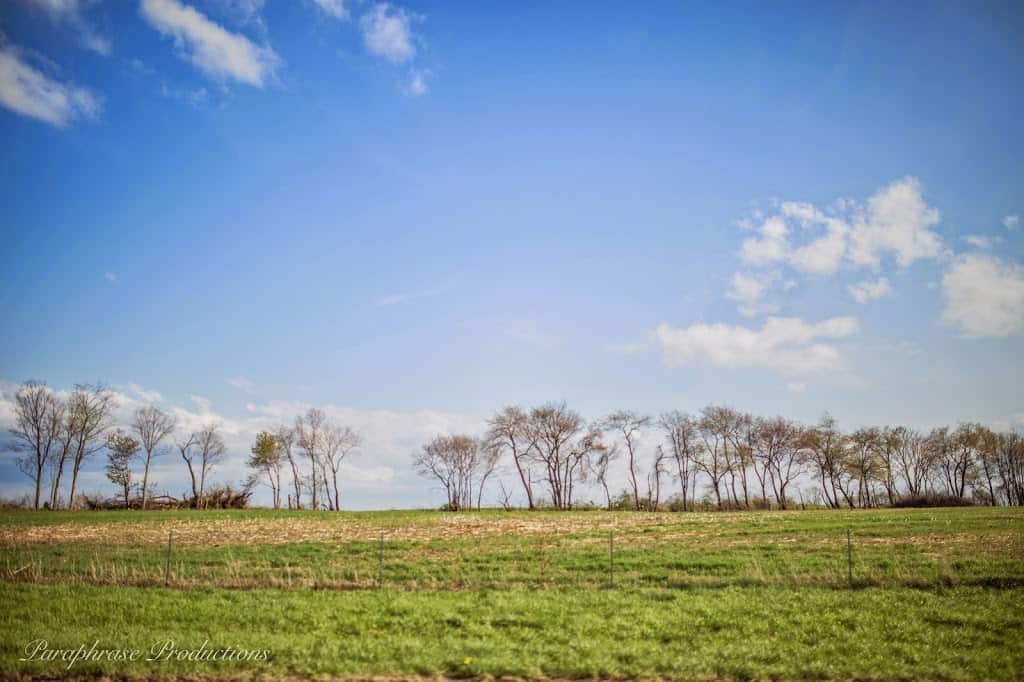 We pulled off at a rest station and finally decided to do some research on this “E-ZPass” we keep seeing.  We saw an advertisement that said if we bought one there, they would pay for our next toll.   Since the Pass only cost $8 and our next toll was going to be $20, we got on board!  Now we also get at least a 35% discount on some of these super expensive tolls coming BACK to the West Coast.  Sheesh. 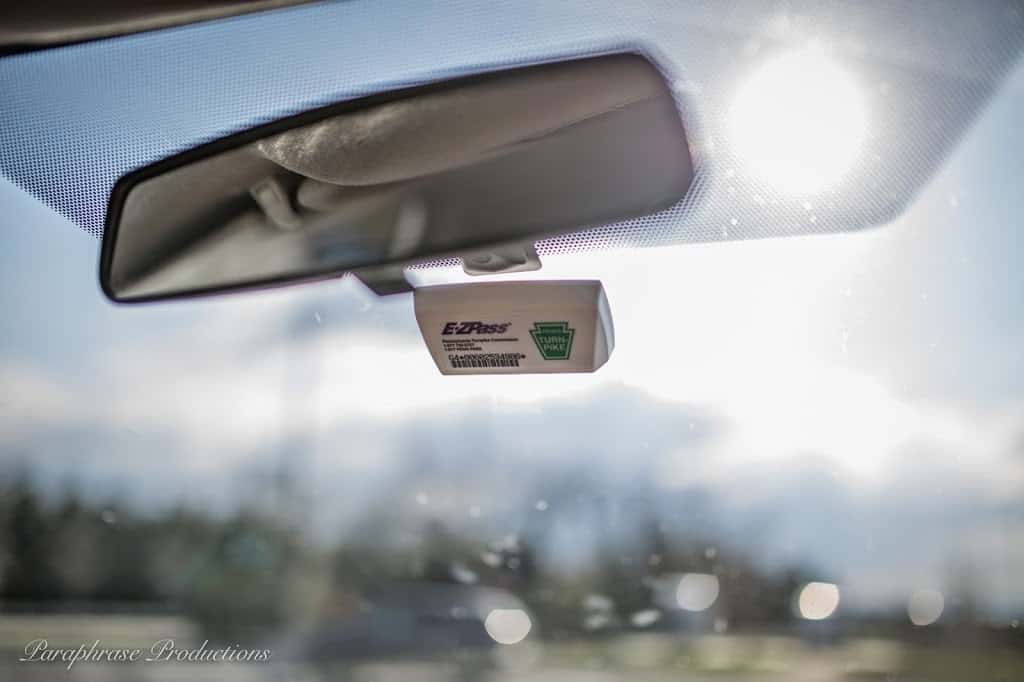 We arrived at my friend, Christine’s, place around 7:30 that evening and she had a delicious supper kept warm for us.  We hung out and chatted for a bit and we found out that we’re pretty much exactly the same in person as we are online and it was like picking up with an old friend vs. meeting someone new for the first time.  Though, I suppose I shouldn’t be surprised after the amount of time we’ve spent chatting online since we first met in a photography group I don’t remember how long ago now.  She was a large part of the reason we decided to extend our trip out to New York in the first place rather than coming back mid-country.  Here’s Nick relaxing after driving all 8 hours today solo! 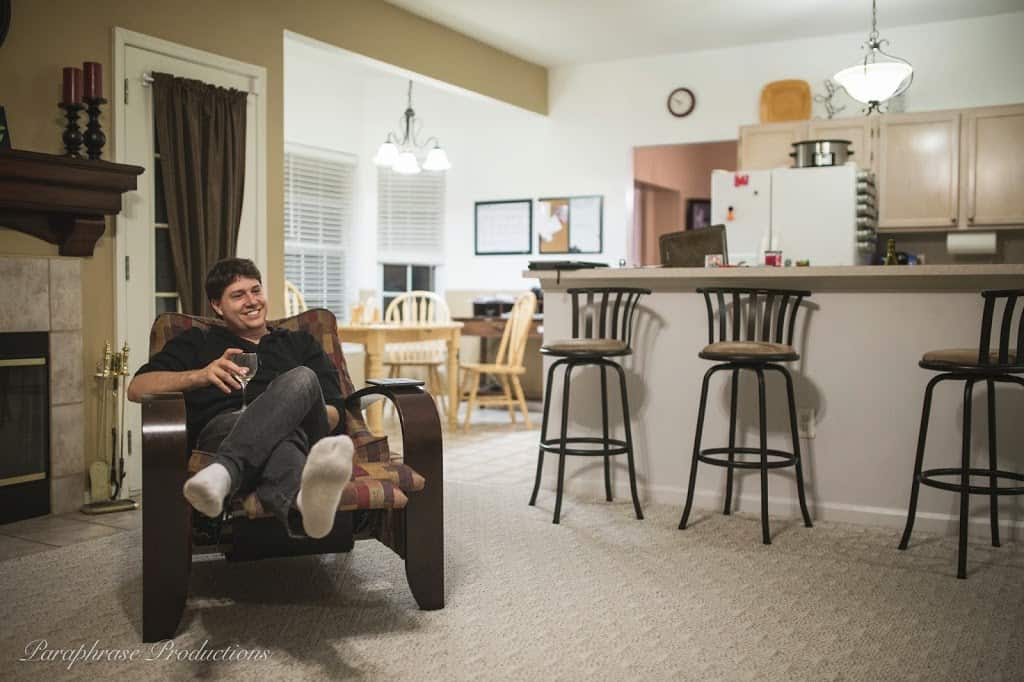 Also, get this.  Christine made me – sorry “us” – but mostly me I think 😉 – a GIFT BASKET.  I have never, ever received a gift basket before.  You won’t believe me if you know me in real life, but I actually had no words.  I was speechless.  I mean, I stammered around a bunch, but coherency was lacking.  (Yes, apparently that CAN happen).  All through college I would watch students get these care packages and I was so jealous.  I thought they were the coolest things.  The closest I’ve come to something like this is a Christmas stocking (which was not a tradition in my family, but happened once or twice and sometimes happens in Nick’s family).  But this was a genuine basket of gifts!  For no reason.  Just because.  I’m still so thrilled!

Those pink things in the back are marshmallow peeps and I’m so stoked to blow them up in the microwave because apparently that’s cool.  It sounds cool.  I’m going to do it. 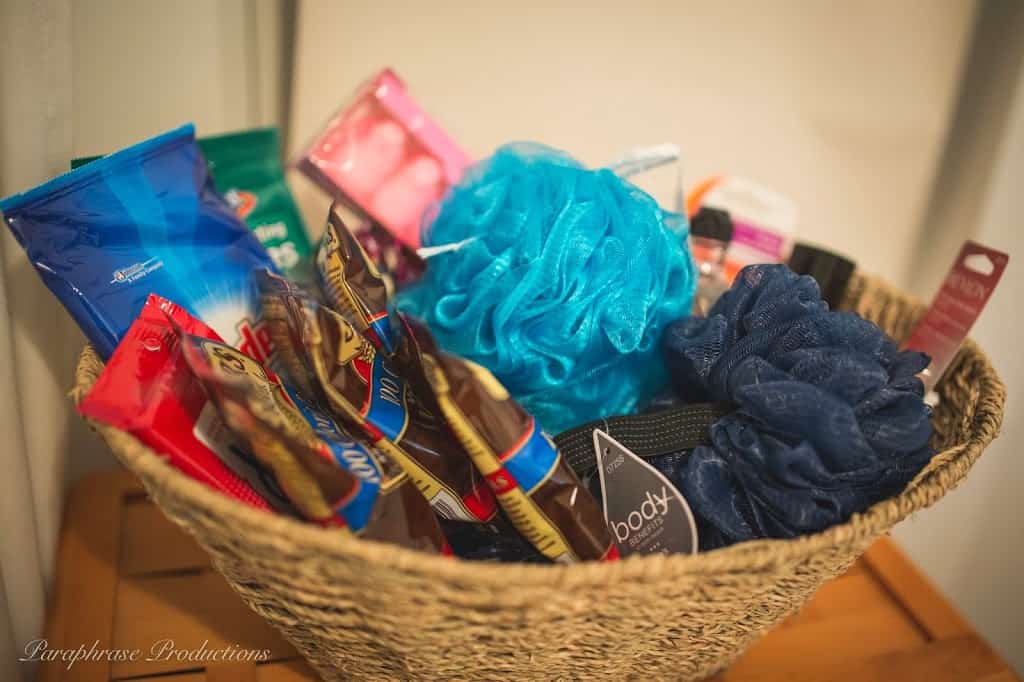 Anyway, tomorrow is our big day in New York, so I better head to bed.  You know, since I’m getting old and napping isn’t an option in the big city.  Goodnight all!