Our fifth day involved a leisurely late start due to how far we traveled the previous night.  We woke up just a few hours north of San Francisco.  The day was grey and overcast, but we didn’t mind as we were just in the car for most of it. 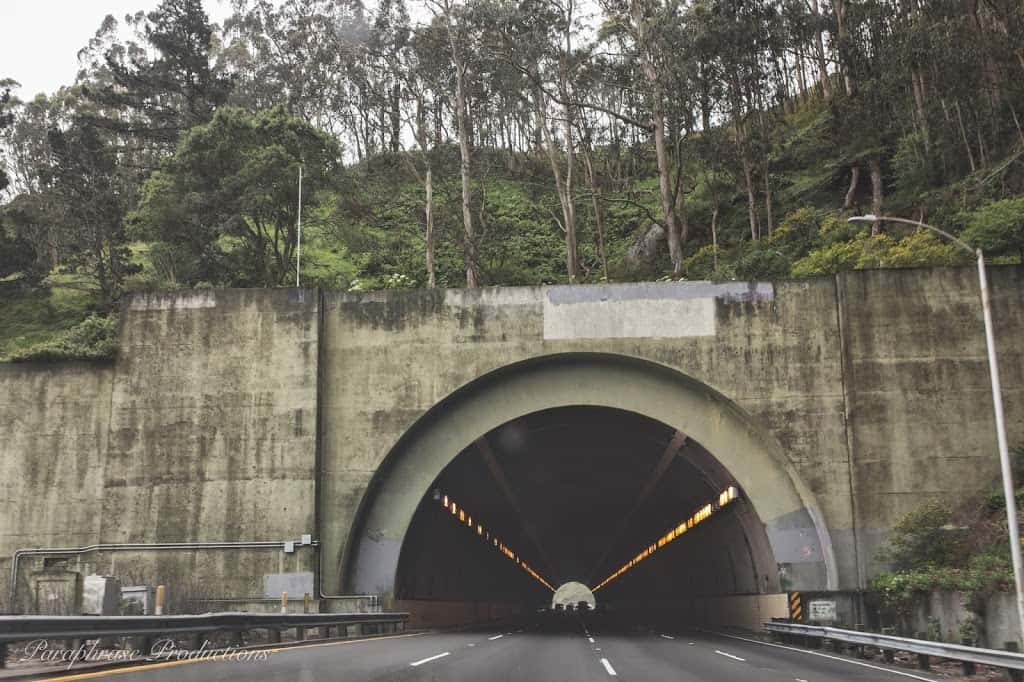 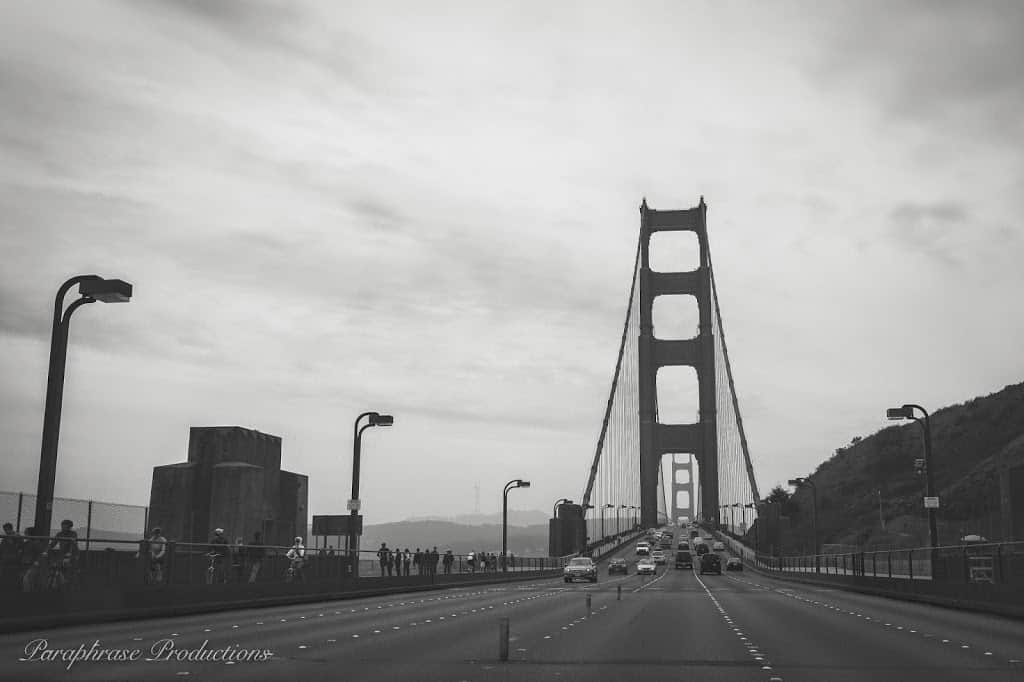 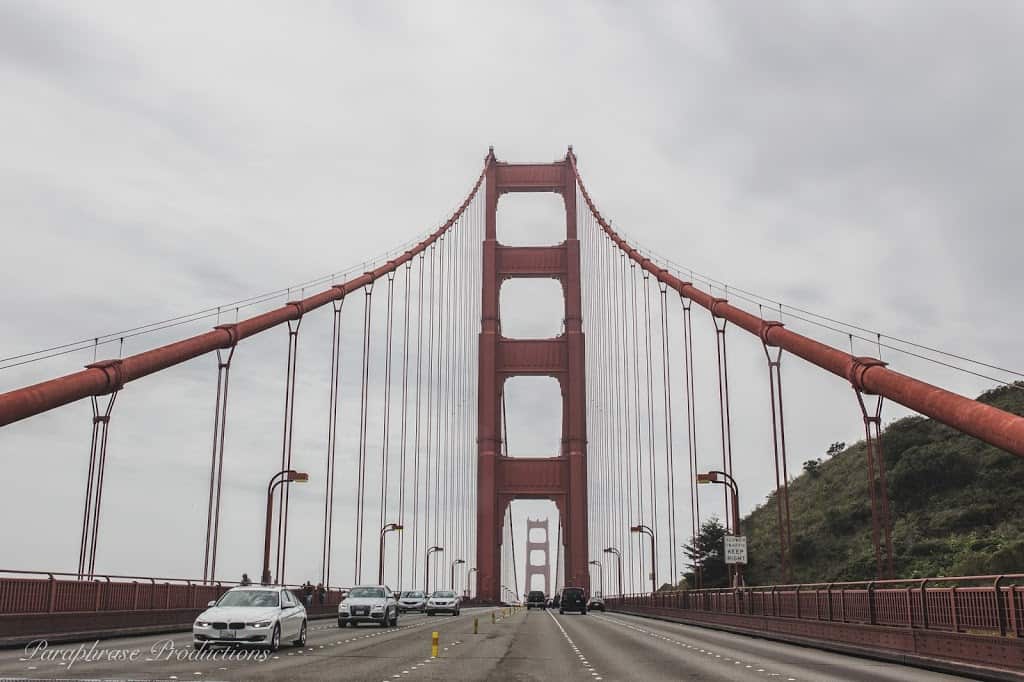 Our window was a little bug splattered by this point as you can see in the pic below: 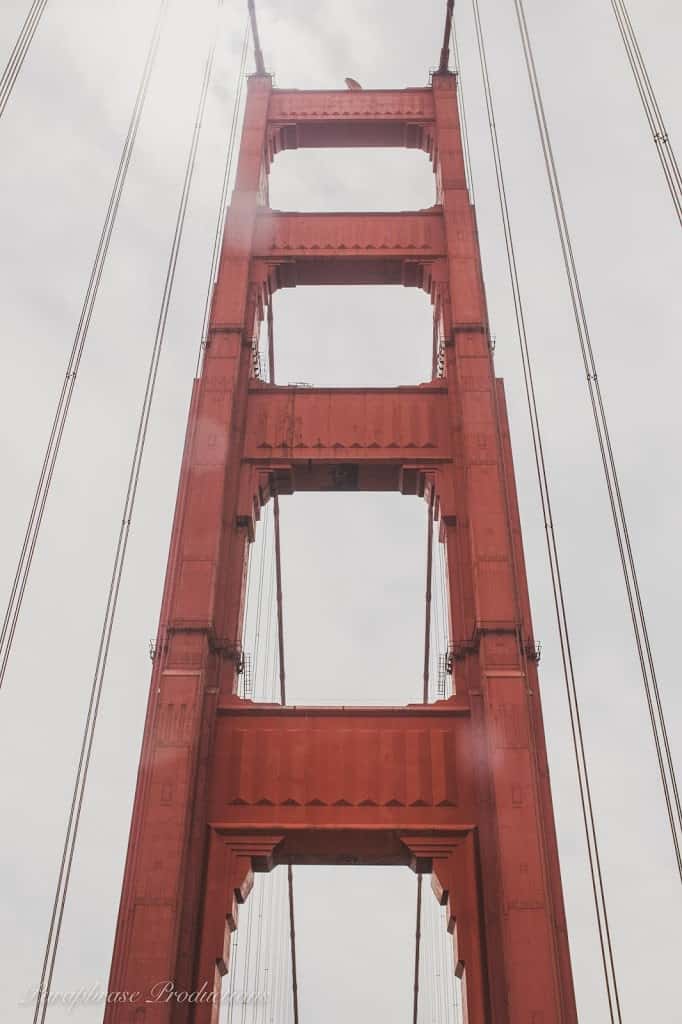 Once we got into San Fran, we navigated ourselves down to the southern part to meet up with an online photography friend of mine.  She texted me to meet her at her work at “MTV” and gave an address.  Nick and I both commented that it was super cool that she worked for MTV, not realizing it stood for Mountain View.  I hadn’t really given much thought or inquired what she did outside of photography. 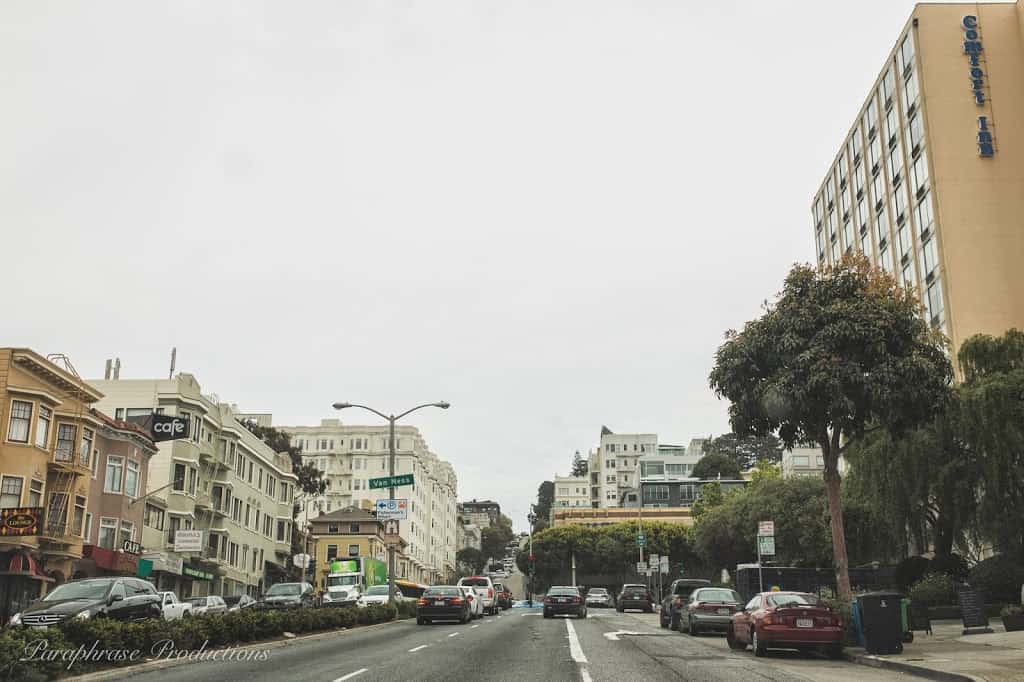 As we pulled into the parking lot of the given address, I texted her that we could not find the MTV studio, but it sure felt like we were in Google headquarters.  (Nick was completely geeking out at all the cool things we kept passing the entire time.  Lots of cars driving around with no one behind the wheel, etc.).  She texted me back, “This IS Google headquarters, lol!”  Well, it turns out she is an engineer working at Google on the driver-less car!  Super cool.  She gave us a little tour of the Google Campus and hooked us up with some awesome free lunch. 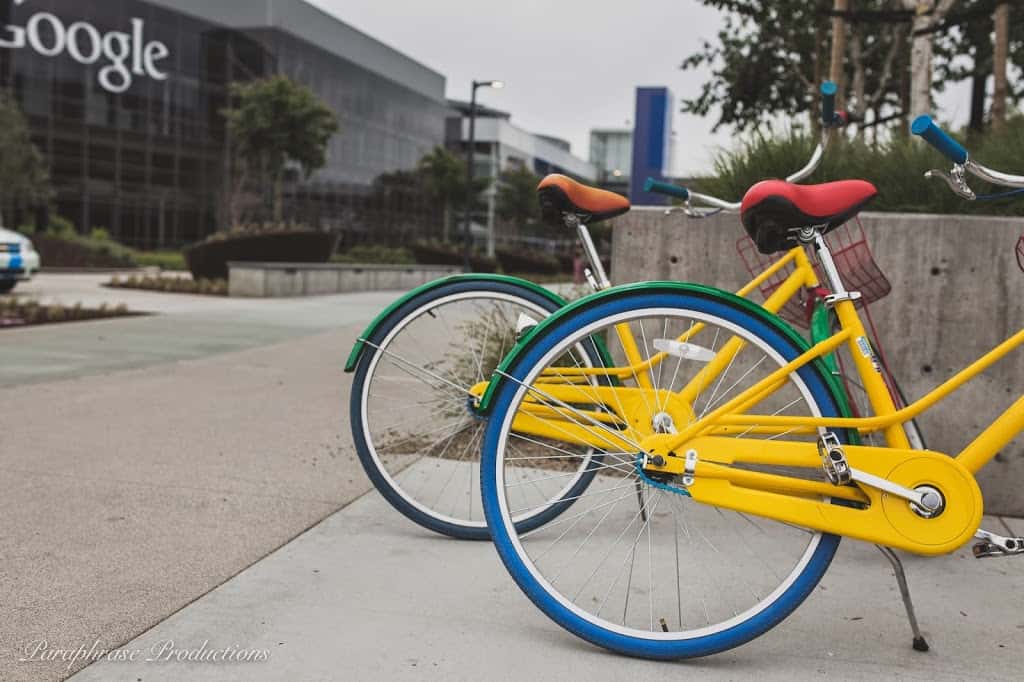 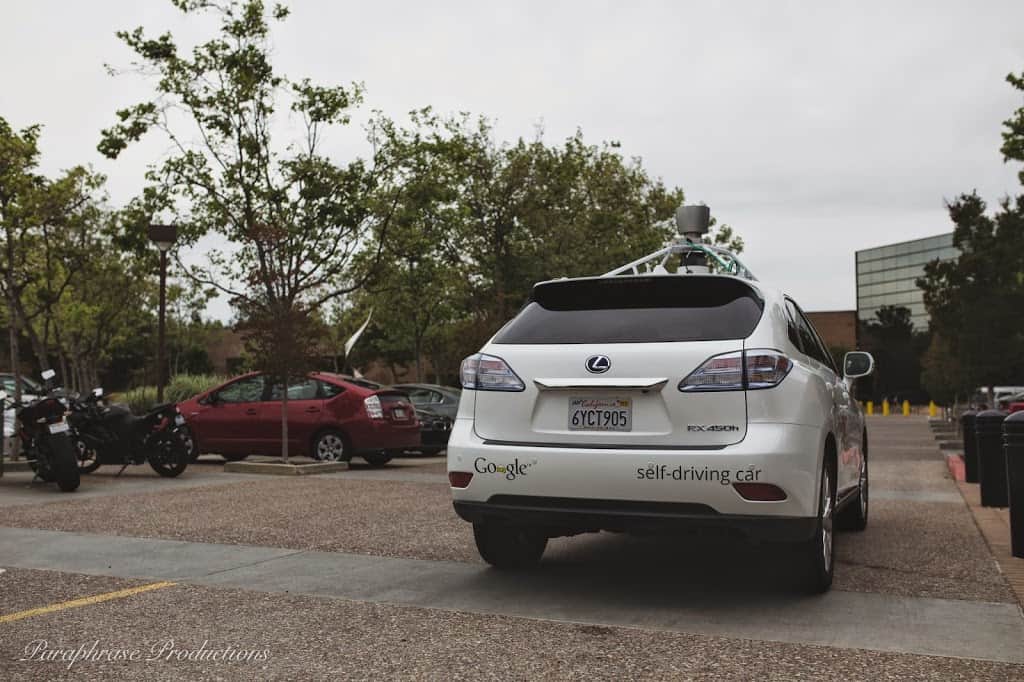 We realized that we were still pretty far from Anaheim, so we said our goodbyes and climbed back in the car.  Apparently the terrain was super boring (says Nick because for the first time on our trip, I fell asleep for a few hours that afternoon and woke up to this gorgeous sky about 1.5 hours outside of L.A.). 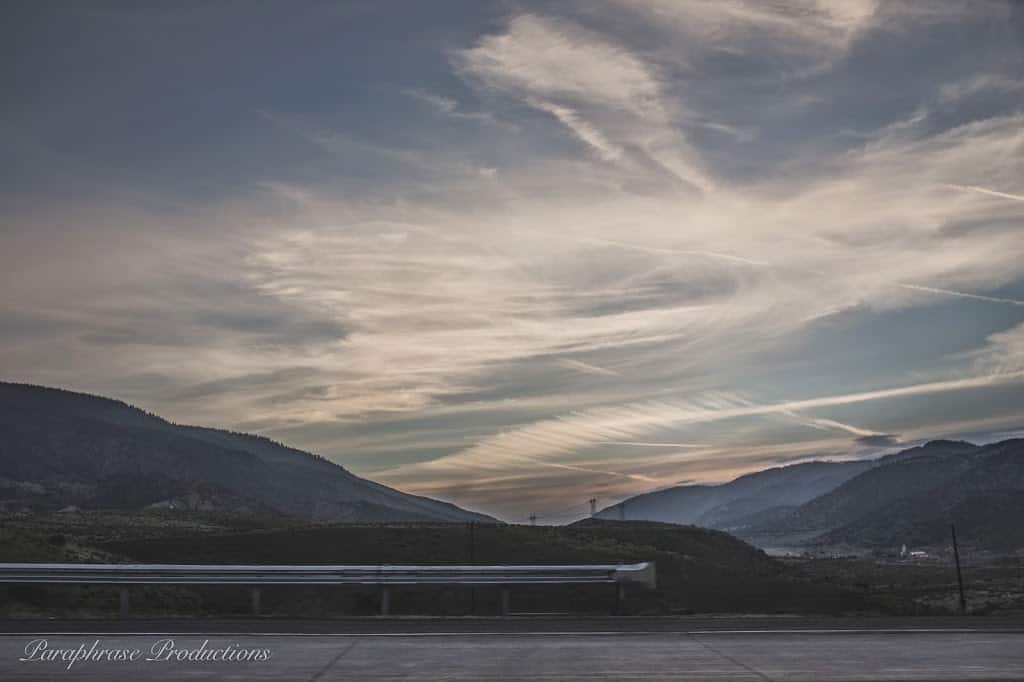 If the previous day’s sleeping fiasco wasn’t enough excitement for the week, it gets better.  We pulled into our Motel 6 reservation, and I happened to glance down at the pop-up on google maps stating it as 1 star out of 5.  This was a little concerning since we had previous researched it as being 3 stars out of 5.  We weren’t going for stellar – just affordable, but the 1 star had us worried.  Before entering the lobby we did a little more digging and found out online that this particular motel had numerous bed bug cases, and some recently.  I don’t know if any of you reading know what bed bugs are or how horrific they are to get rid of once they find their way into your belongings, but I’ll just tell you, they’re really, really bad.  We isolate people in the hospital if they have them.  In fact, lots of bed bugs are becoming immune to sprays and almost impossible to get rid of.  We quickly called the hotel reservation site to cancel, not caring if we lost all our money.  After about 20 minutes with them on the phone, they actually gave us all our money back!  Even though we canceled at 9:30pm at night while literally sitting in the motel parking lot.

This brought us to our second night with no where to sleep.  Since Best Western saved us the previous night, we decided to stick with them and quickly found another one to stay in for our two nights in L.A. for only about $30 more than the bed-bug motel, and again – free breakfasts every morning.  Oh, they also wanted to know (again) if the last room they had with a king-sized bed would be okay.  Yes, please!

Lastly, this is a pretty, random palm tree I decided to take a picture of while Nick was arranging our accommodations in the lobby and then trying to help the staff member with their computer issue, and I got bored in the car. 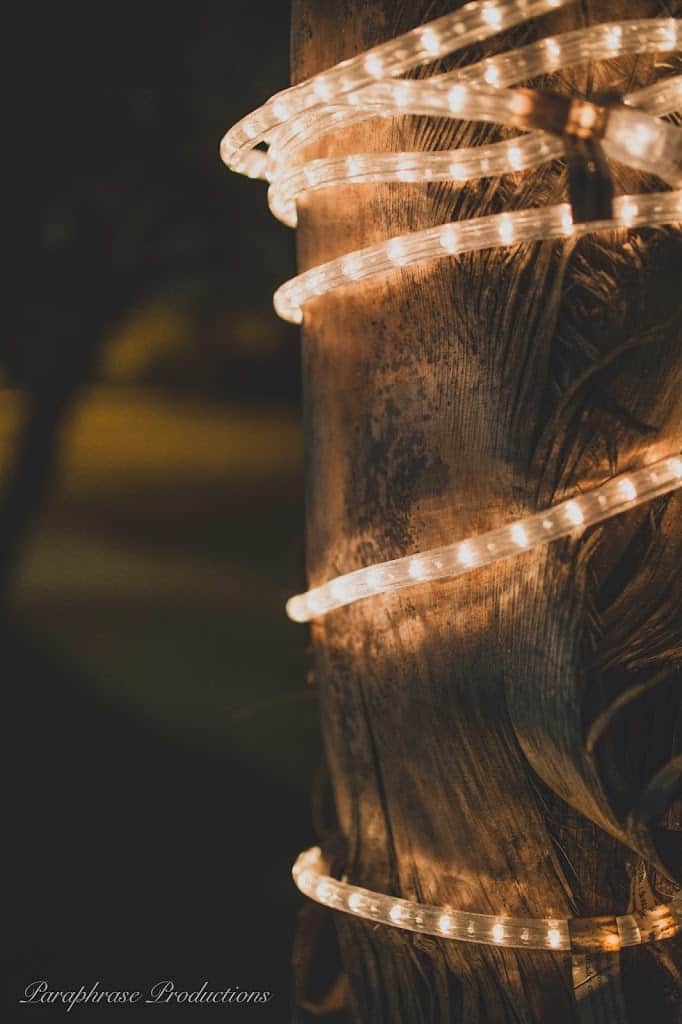 Next up – Disney Land!